Take it to the Max in Volunteers' Week!

4 GoodGymers made their way 2.6km to help their local community in Lewisham. 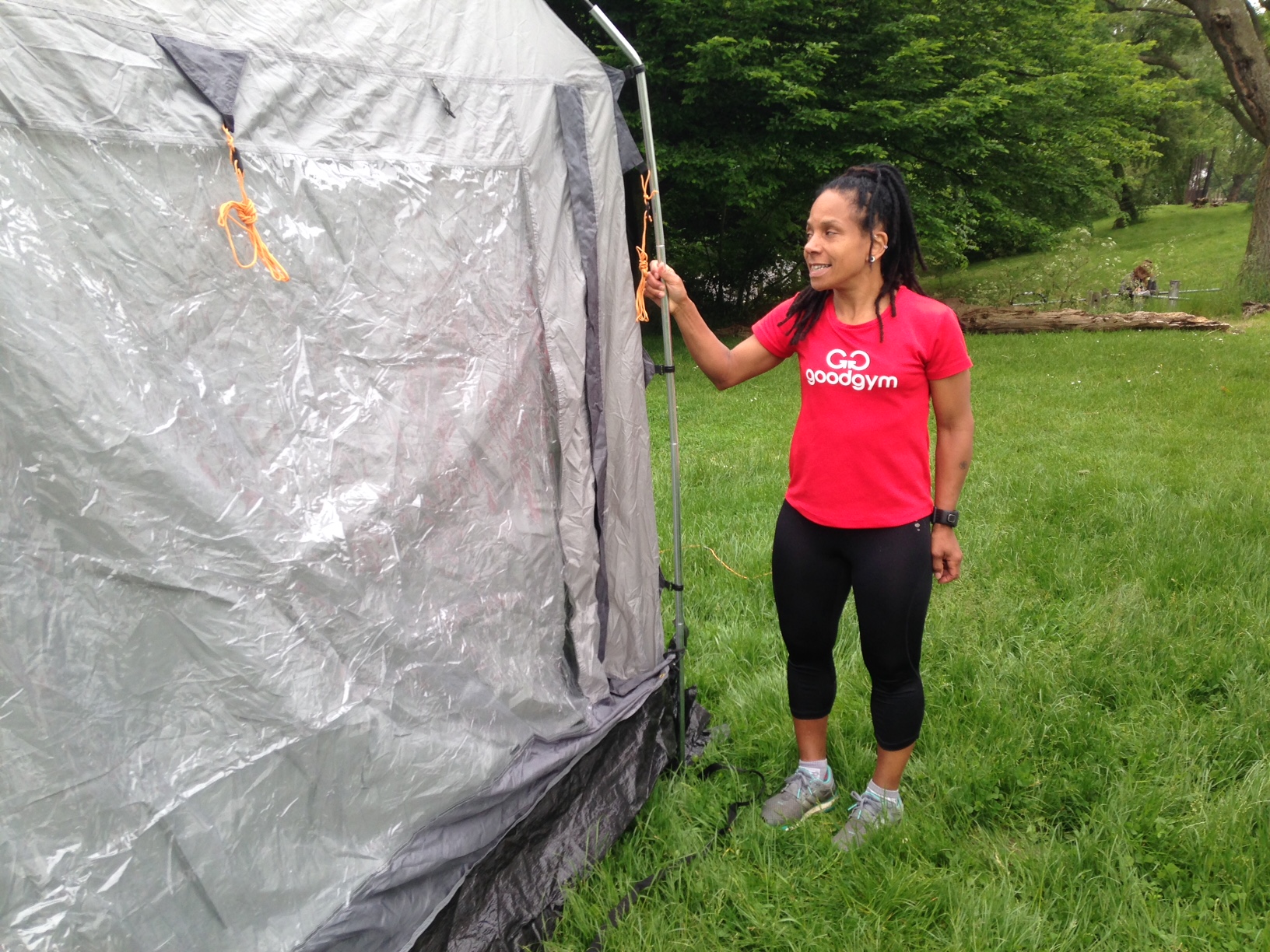 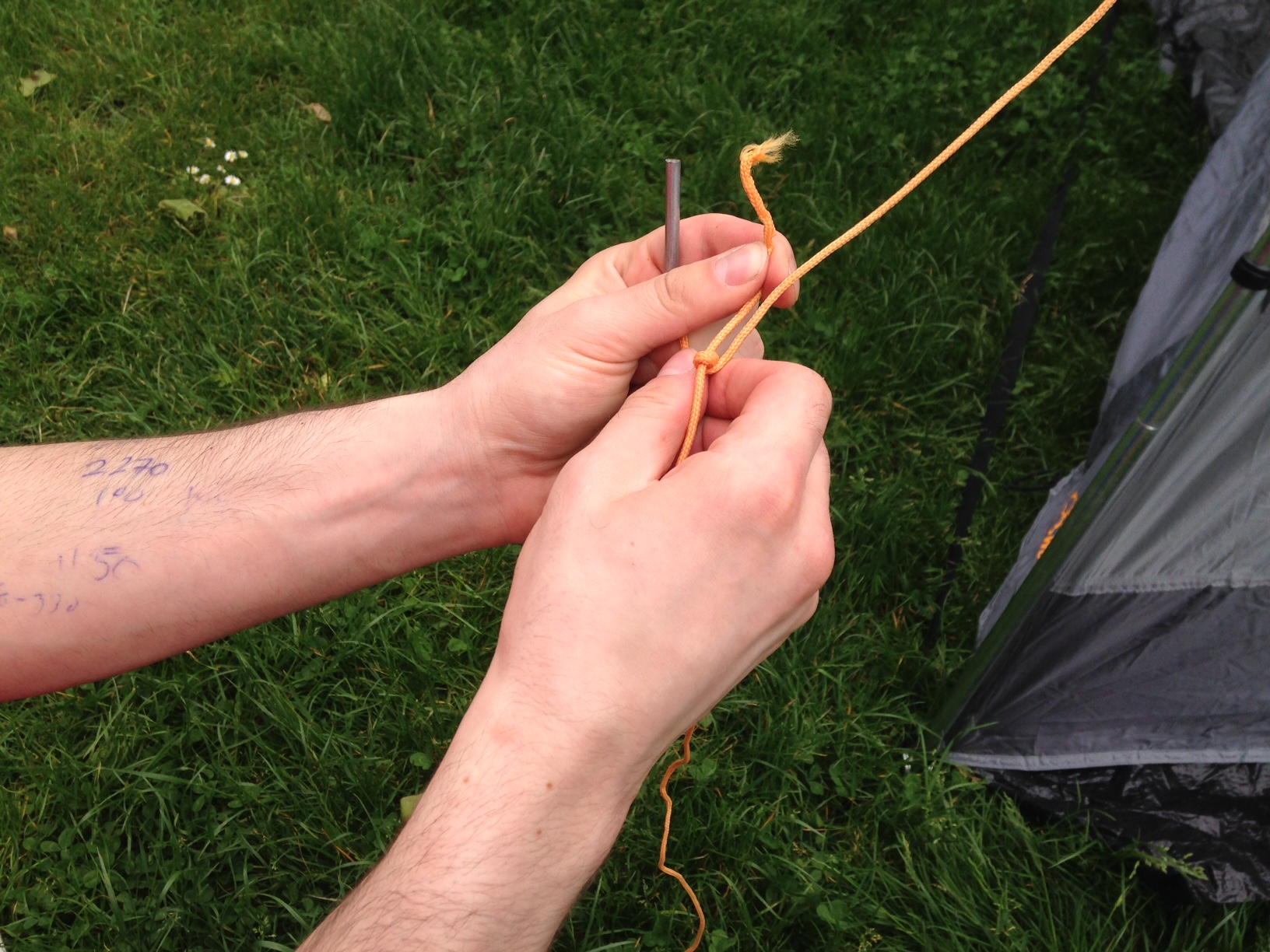 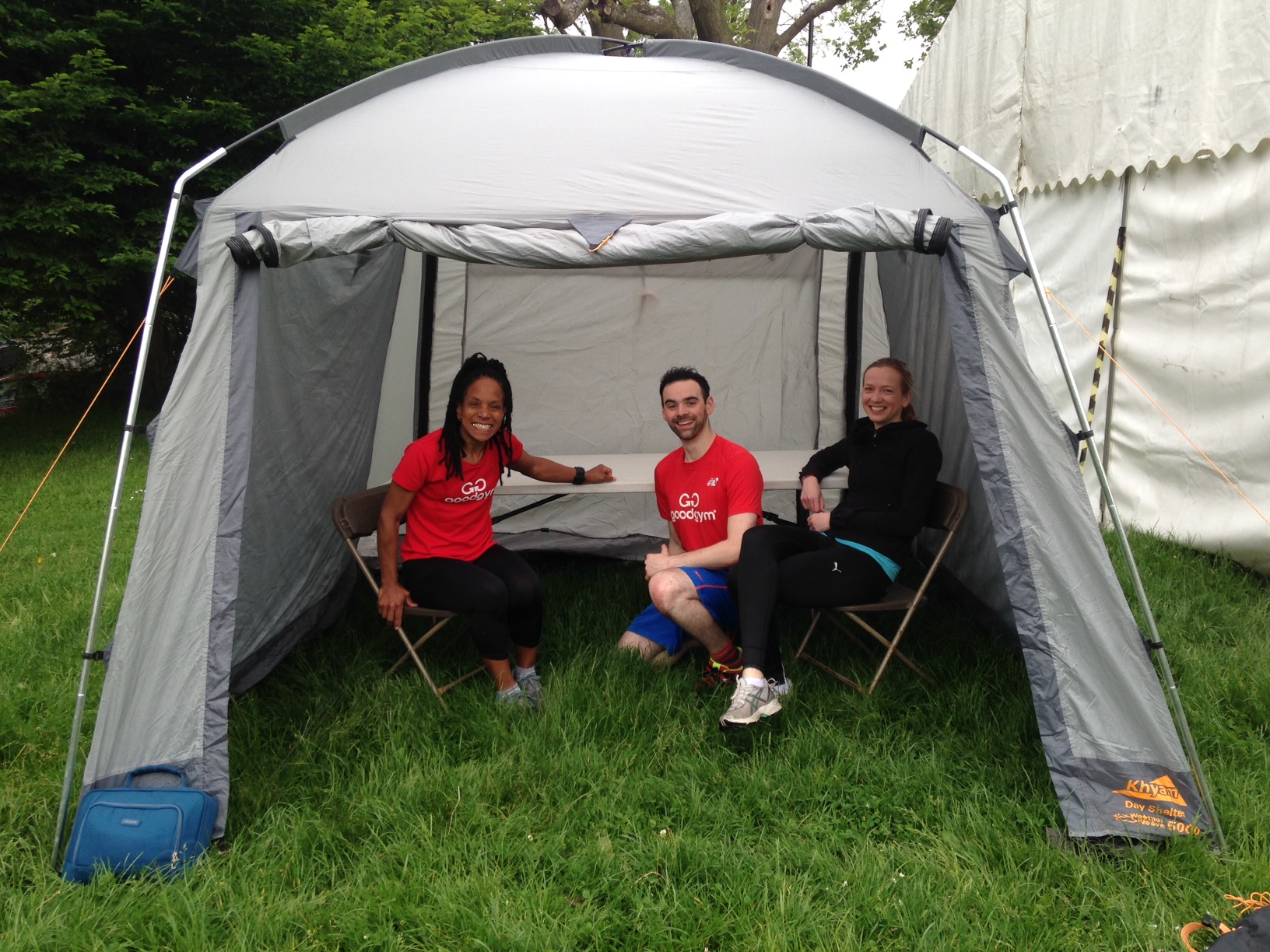 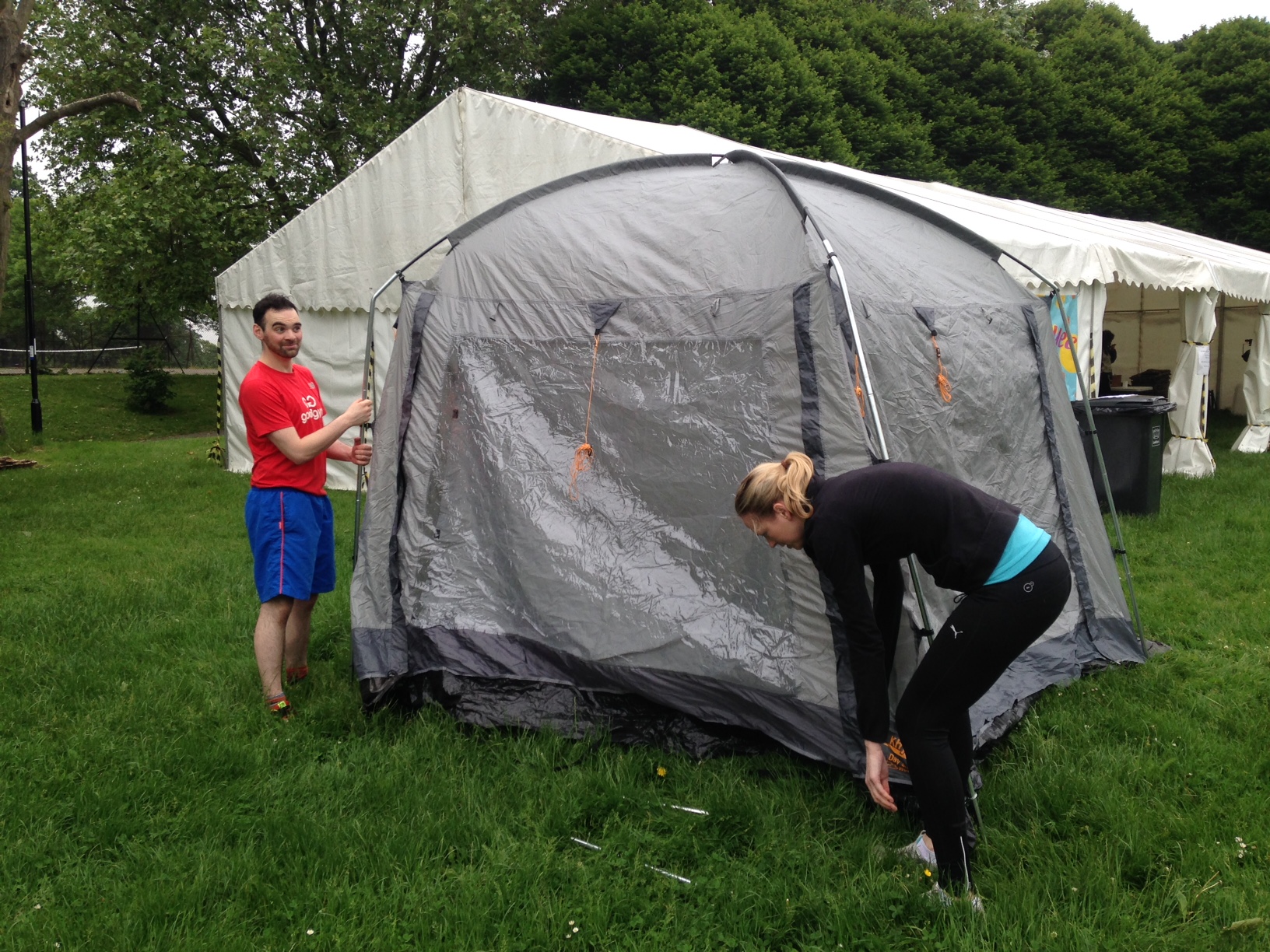 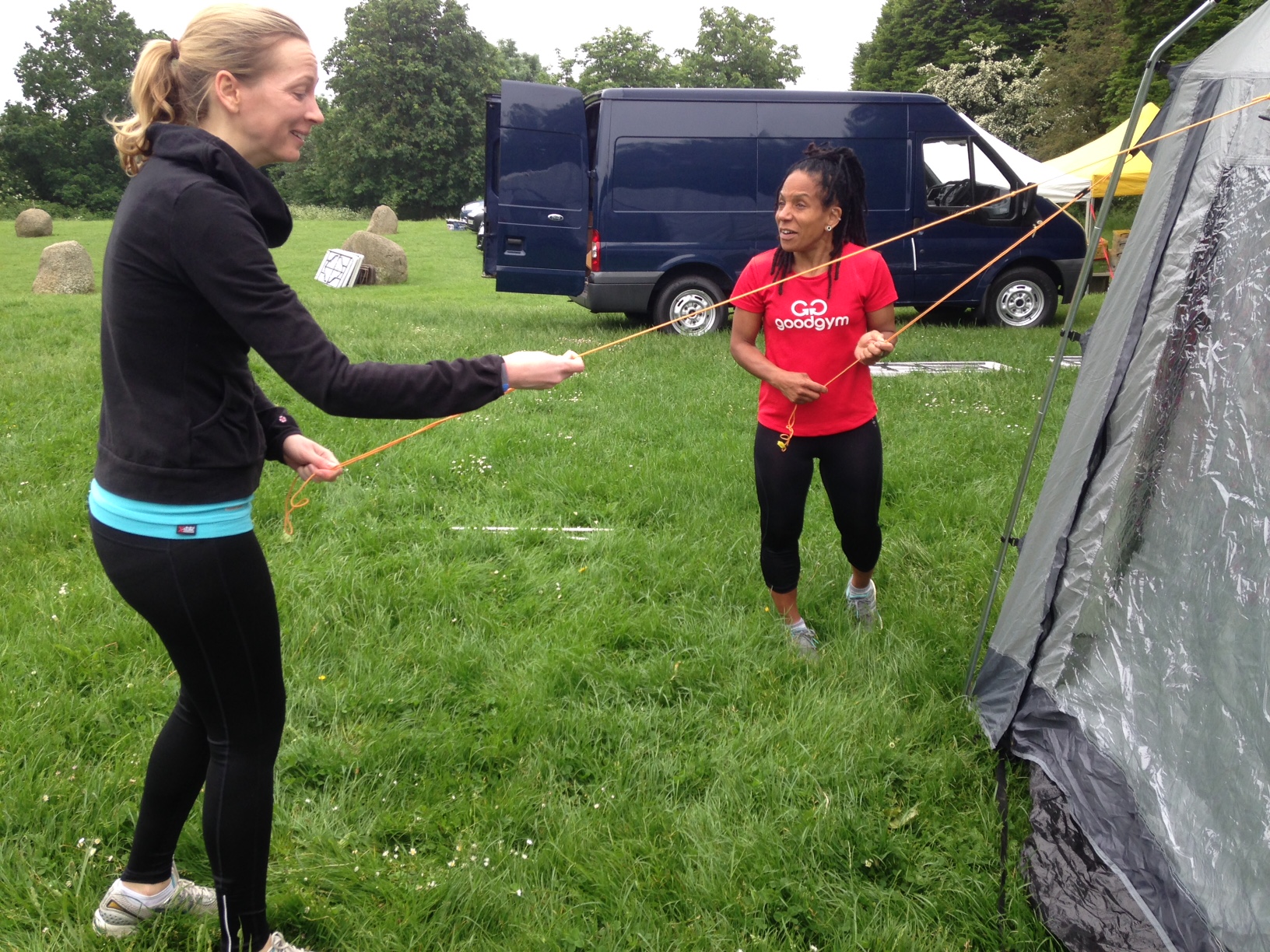 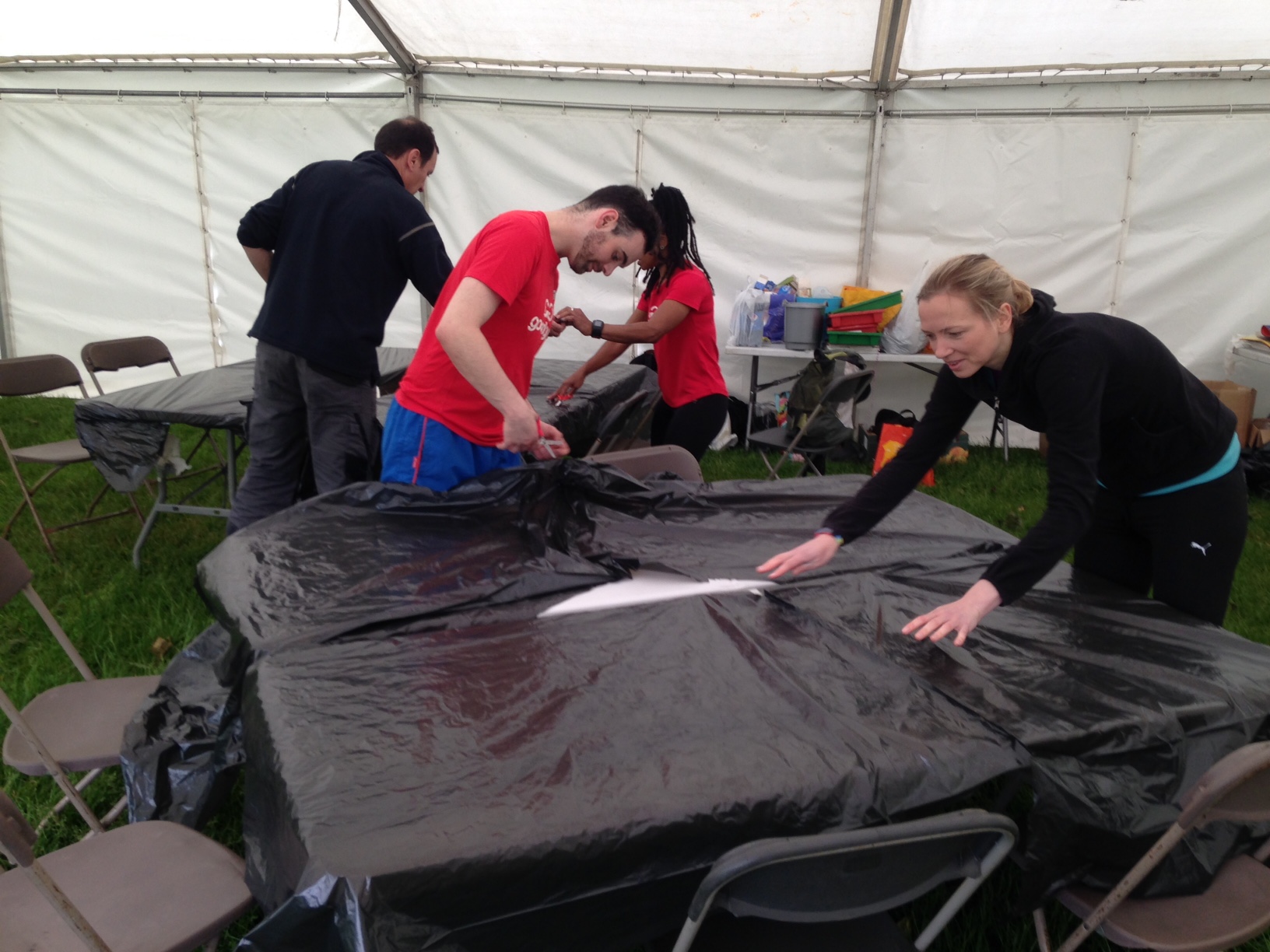 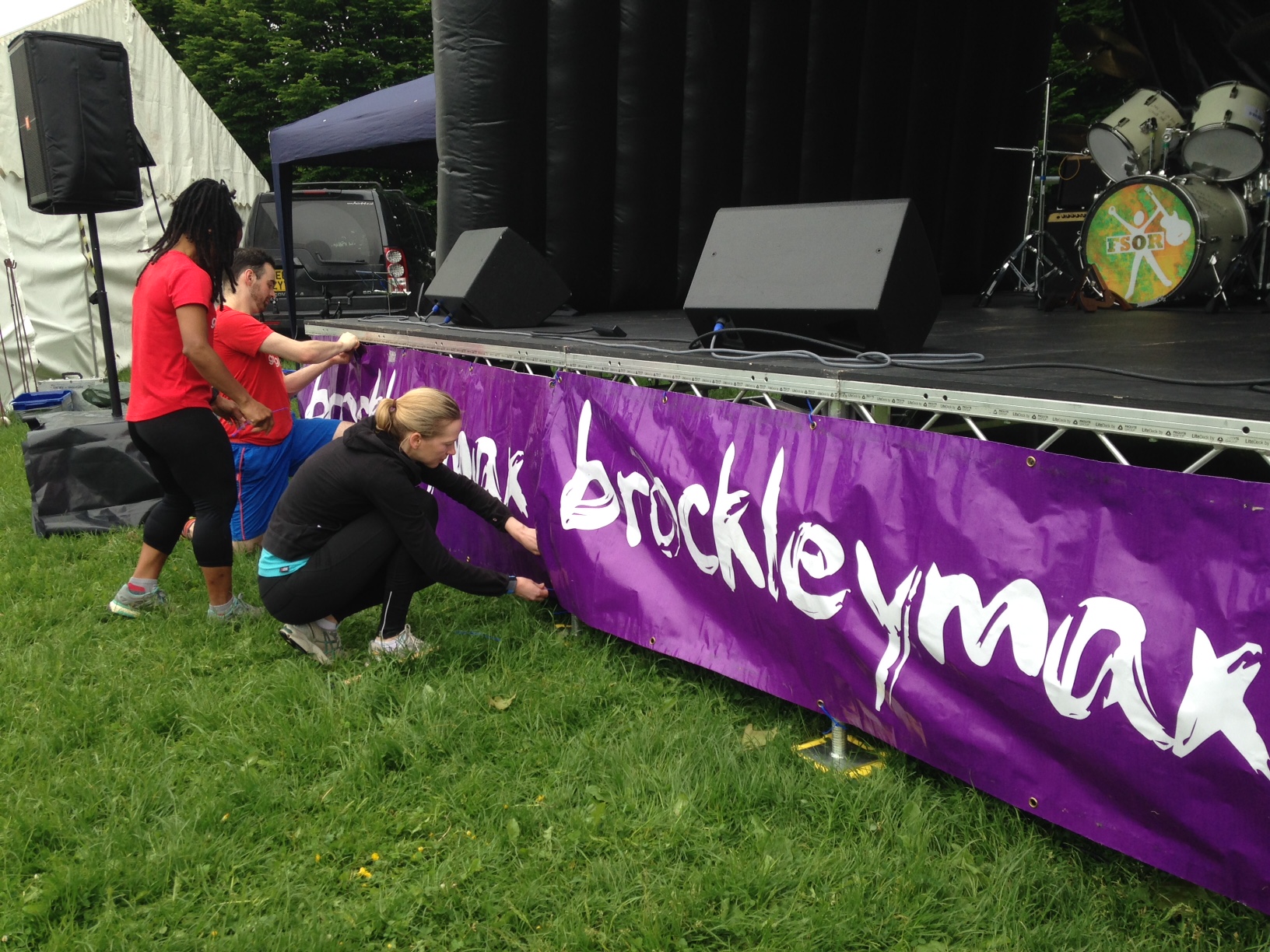 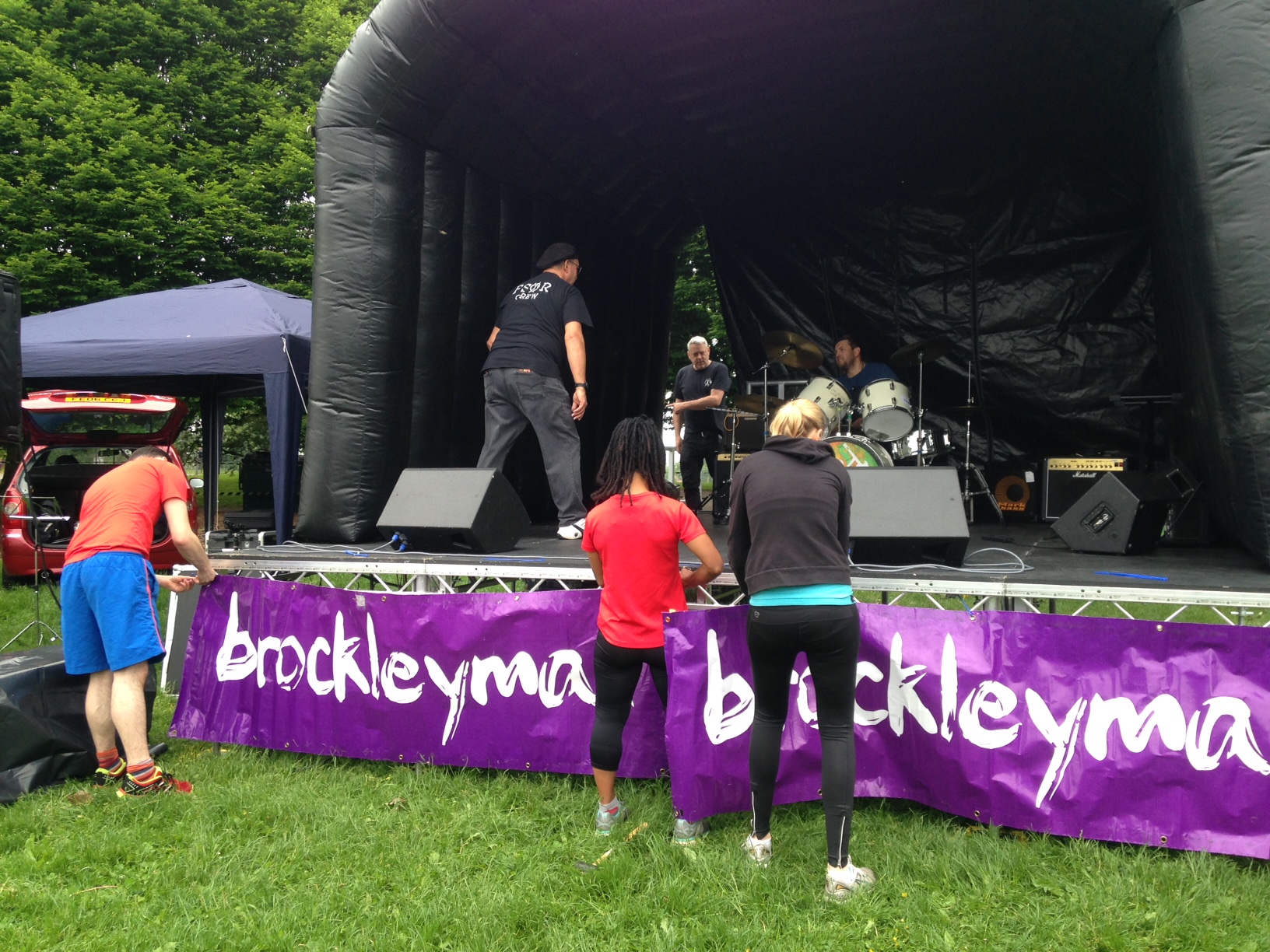 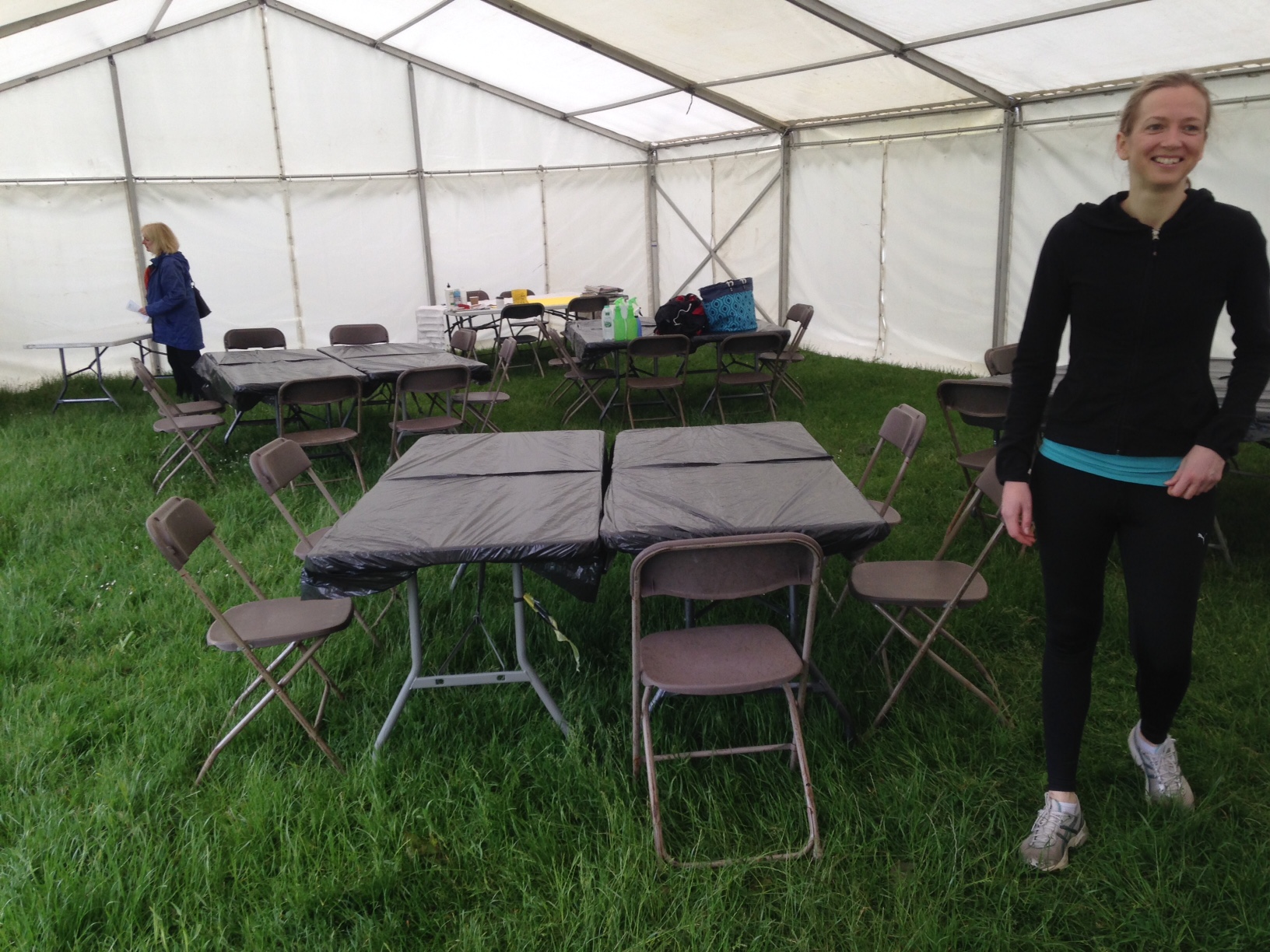 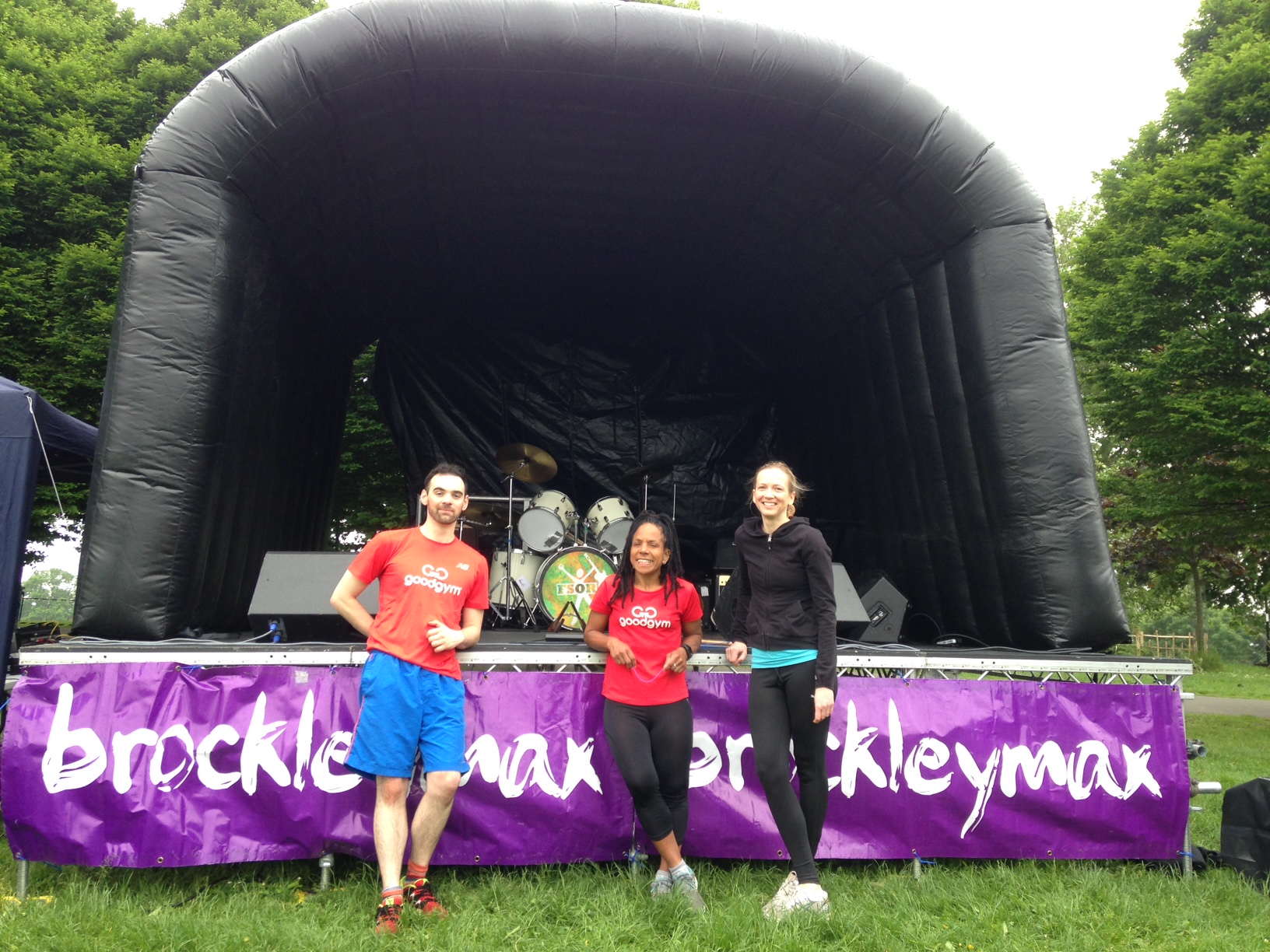 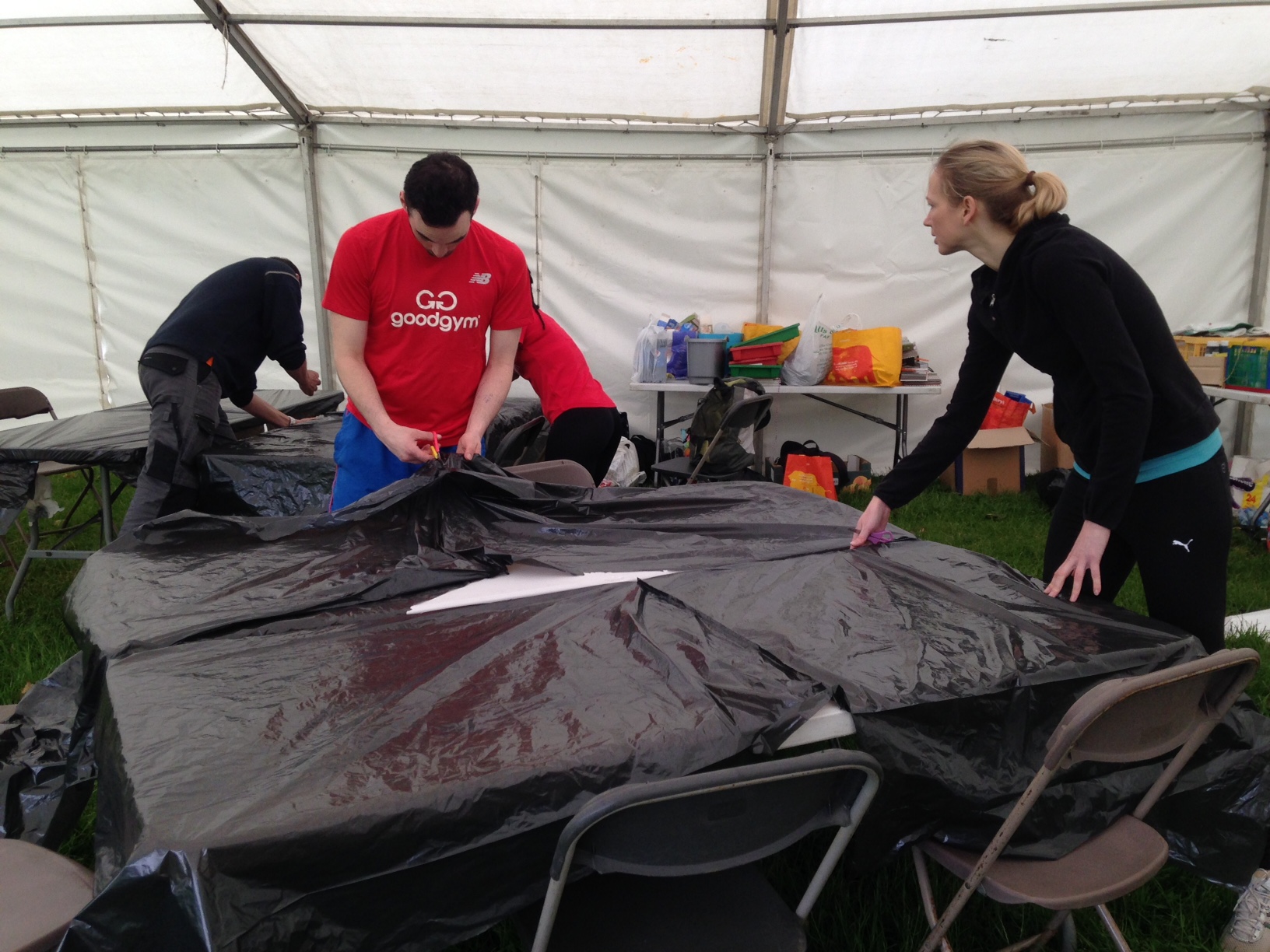 Four Lewisham GoodGym runners helped erect a first aid tent, put up banners and set up tables and chairs in a craft tent. Two runners were topping off their parkrun and one took to the hills for some repeats post-task. Epic!

Going round in stone circles

We met at the Hilly Fields Stone Circle - this is not an ancient landmark, but was installed here to mark the millennium (this area is also the highest point in the area, standing 175 feet above sea level...and we love those hills, oh yes we do!). Today was all about helping to set up Art in the Park as part of Brockley Max, the culmination of a week-long local festival.

Two of our runners, Helen and Jacqueline joined us fresh (?) from Hilly Fields parkrun and Stephen had run up a hill to get to us too, so it seemed a good idea to do some stretching rather than a warm-up at this point! We were very soon joined by Amaya, who is organising all of the volunteers during the festival. We were handed a big bag, which we were to transform into a first aid tent. Oh yes.

As we warmed up into the whole tent thing, it was a case of 'How many GoodGymmers does it take to put up a tent?', but we were soon into the swing of it and pushing poles through fabric loops, showing our might by easing metal rings into pole ends and hammering pegs into the (admittedly soft) ground. We chatted about camping holidays and Stephen had to get creative with his knot-tying as one of the guy ropes snapped. A table and a couple of chairs were put in and it was ready to go (though hopefully won't see much use today).

We moved on now to the stage area, where there were two big banners that needed attaching. Cable ties in hand, the job was done in a jiffy and we got to enjoy a bit of music, as the sound system was tested. My ears! We really were flying through these jobs and had one last task, before we needed to leave, setting up some tables and chairs in the craft tent.

I would go out tonight, but I haven't got a stitch to wear

Yes, The Smiths were blaring from the speakers, keeping our old school trainer happy, as tables were jiggled, chairs were popped up and bin bags were fashioned and taped into table cloths, protecting the surfaces from a later invasion of glitter glue and Pritt Stick. Our work here was done.

Waving Jacqueline and Helen off - they had run their socks off already - Adele and Stephen set off on a loop of the park, pausing part-way to do a set of dynamic stretches (with a little discussion about when to do dynamics - before - and when to do statics - after). On we went, to stop and look up one of those hills. Time for Stephen to show off his excellent hill-running skills, boy he can fly! Three repeats of varying distance, with good strong arm drive, high knees and a tall posture. A few friendly parkrunners stopped to chat and ask what we were up to, the red GoodGym shirts always initiate conversation!

Once Stephen got his breath back, we continued our loop and took on another hill - cue momentary silence - before parting ways with instruction to stretch fully and refuel and rehydrate.

Well done everyone, that task was great; we really made a difference!

Various tasks at The PNK Garden