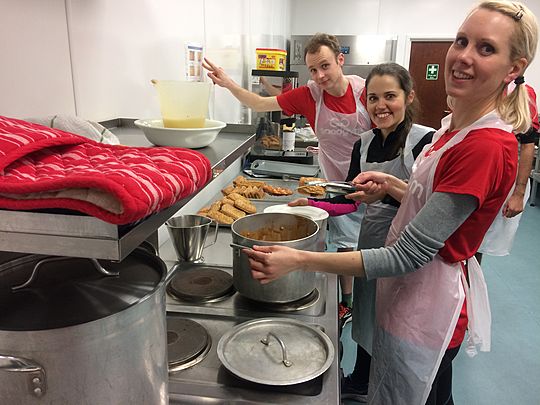 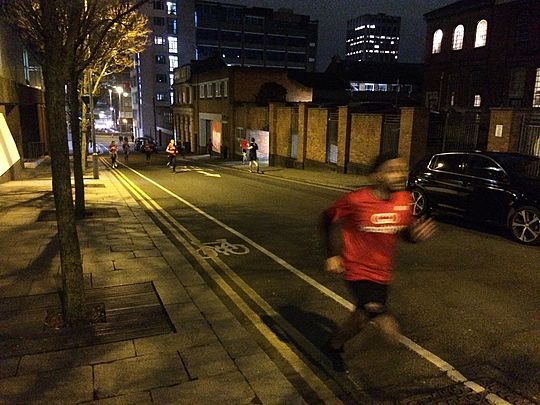 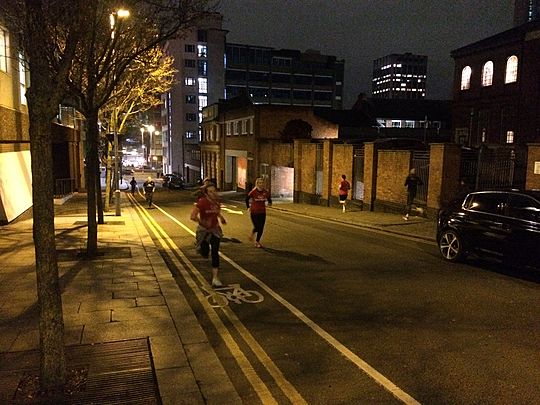 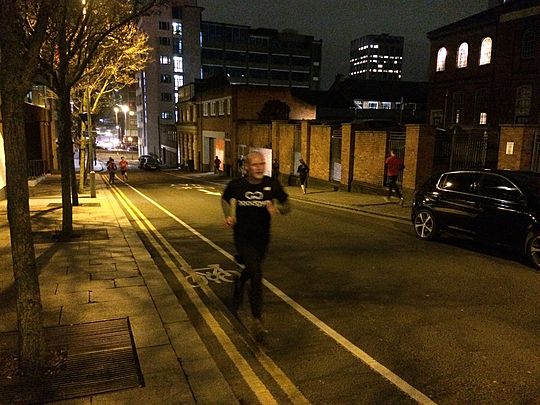 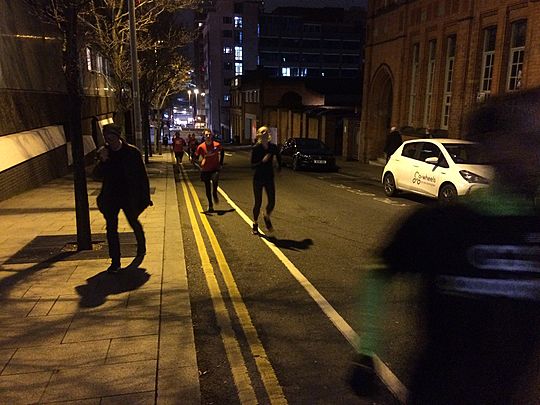 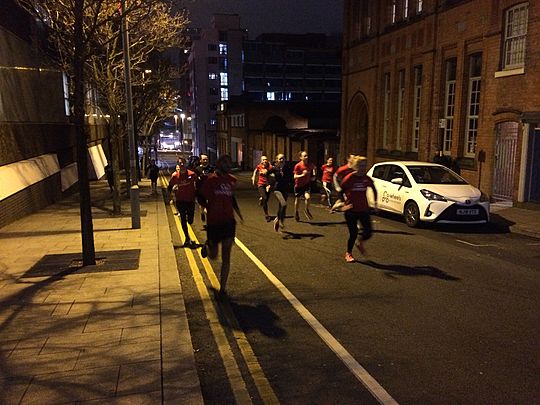 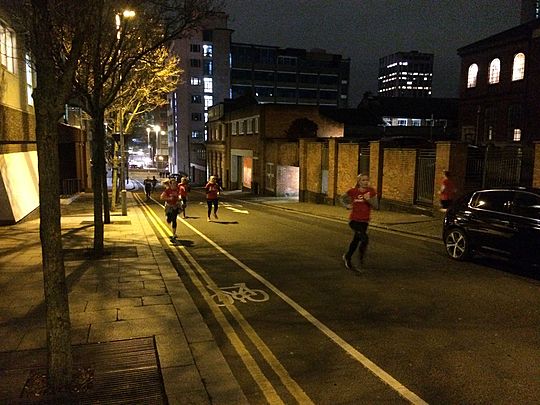 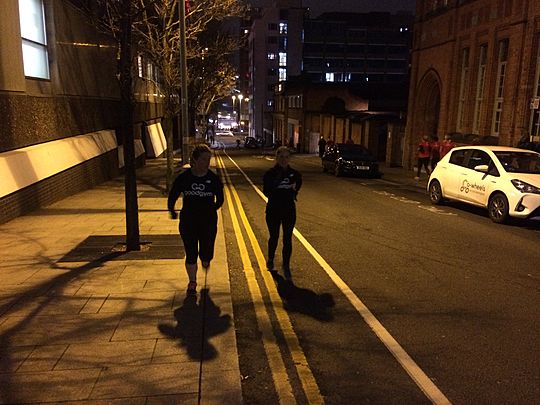 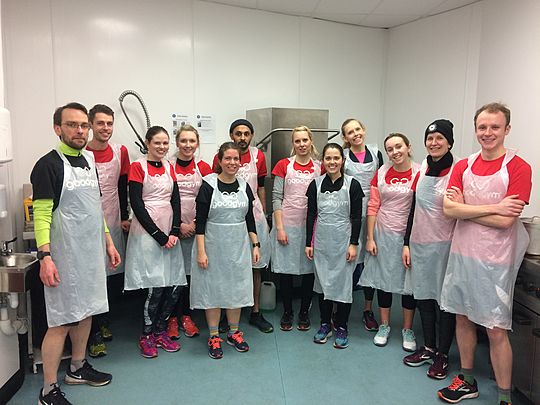 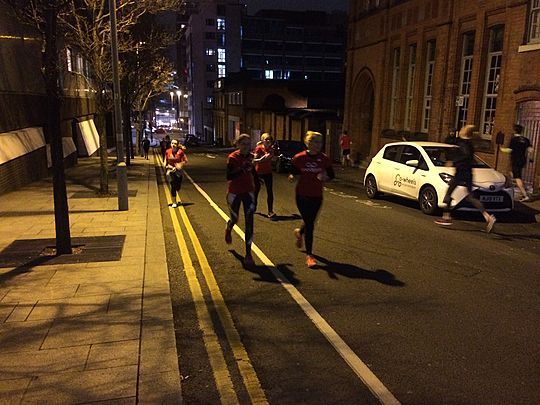 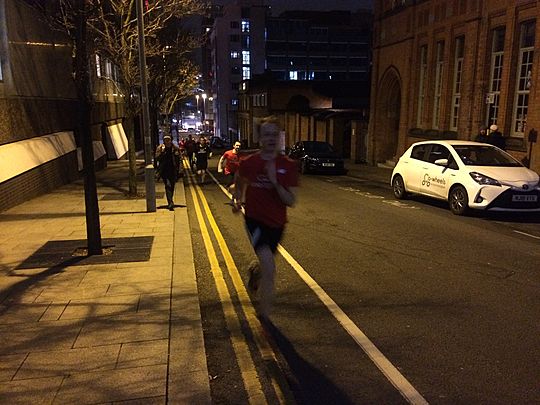 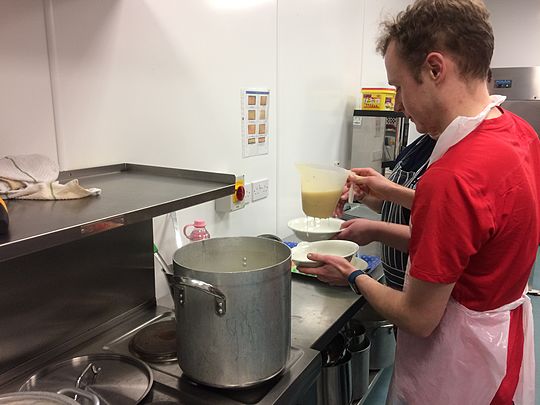 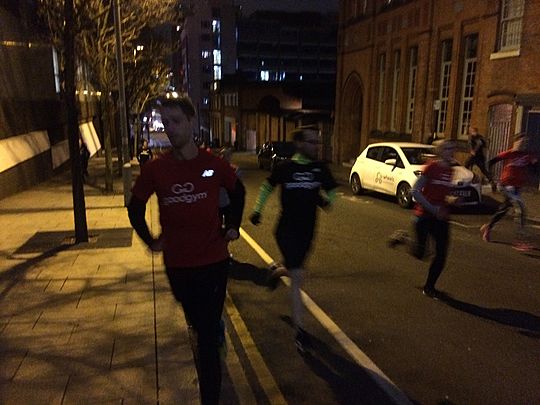 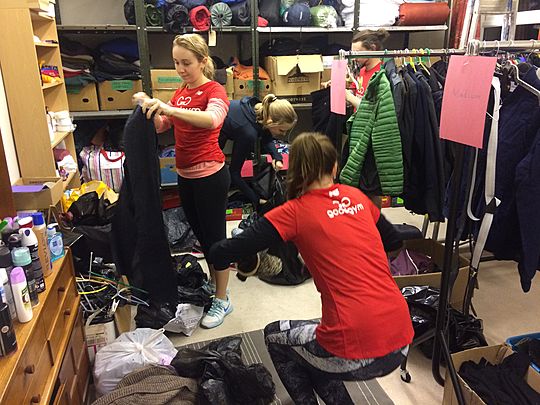 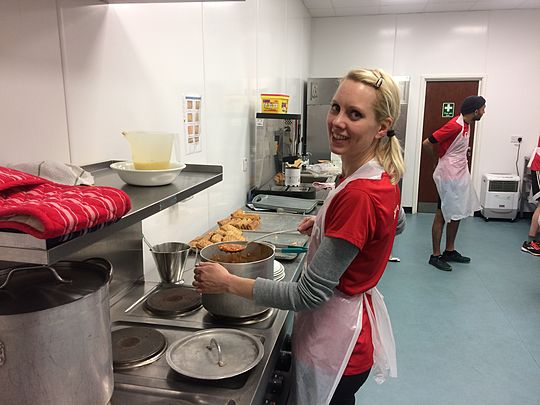 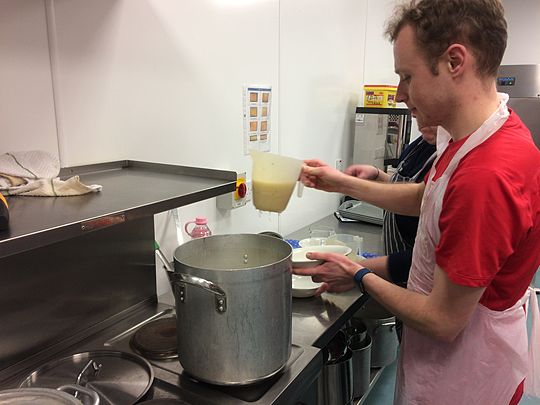 Tonight on what was a rather balmy night compared to the recent Tuesday runs, we welcomed Rachel along to GoodGym for the first time. Rachel was brought along by Katie, who has been running with us since the new year.

Our task tonight was to run to Birmingham Mission. On arrival, John Boy (the ‘big boss man’ down there), split us up into one large group and one small. The large group did the serving. Lots of soup to be served up first (hence this weeks pun). The smaller group sorted out some clothing upstairs.

Once the task was done, it was hill work time. Tonight was the Kenyan Hills. Six wonderful minutes of constant hard running! Run uphill hard and then relax, but still run hard down! It’s certainly hard graft! Aaron powered up first, with Liam and John not far behind. Rachel showed great form with a ‘Mo Farah style’ arm action. Fiona and Morwenna pushed hard. Frances and Rebecca got high up on their collective toes as they drove themselves up the hill and Laura put in some great work with her quick steps. Again as always the group worked fantastically well together, it was certainly a great sight to see!

Once done the group headed back to 1000 Trades, Running via the Bull ring and through Colmore Row, to take us just over the 6k mark for the evening.