Somewhere over the rainbow, skies are blue and the dreams that you dare to dream really do... 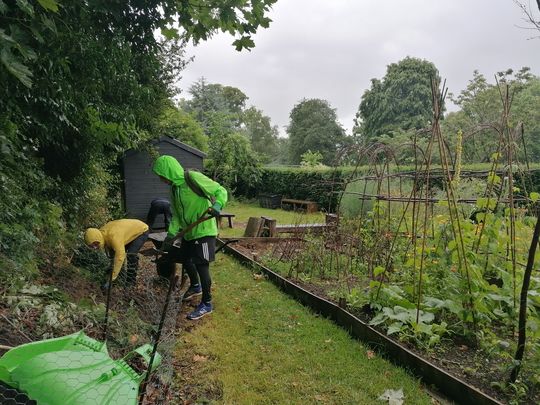 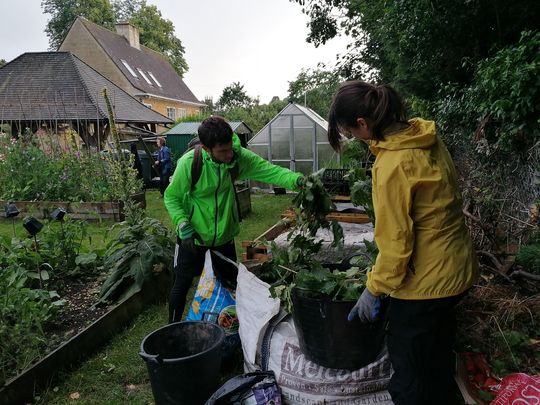 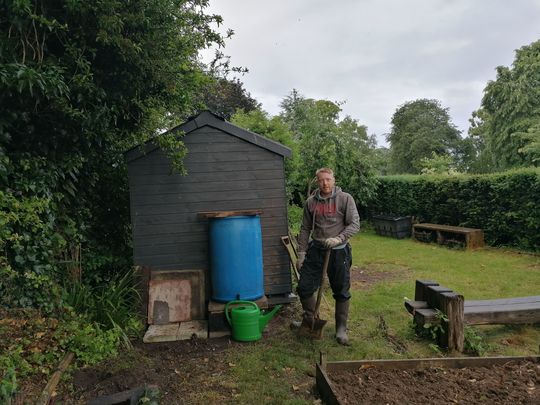 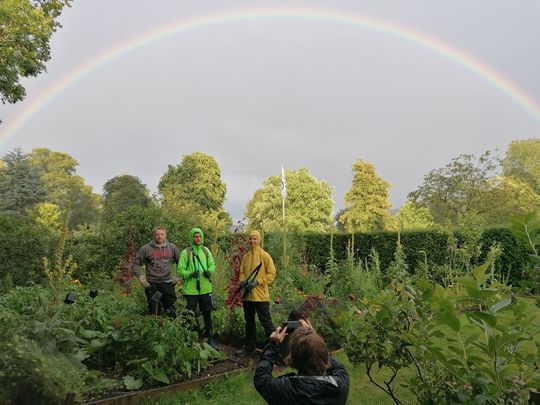 To say it was torrential would be an understatement. The heavens opened, the rain poured, the ground flooded but the Goodgym team still swam their way to this task. Perhaps swimming is a stretch but let's just say the puddles were ankle deep!

Within minutes of arriving, the rain eased and the team were put to work. Our tasks were to move soil into a raised bed, cut up branches to fit into smaller bags to be taken away by the community and move a water butt and create new foundations for it to sit on.

Emily and Max shovelled the soil into the new bed with the use of a wheelbarrow whilst Jamie got to work to level the earth and build a foundation for the water butt to sit on.

Emily and Max then moved onto the next task to chop up branches and pack them into smaller transportable bags.

Helen whilst on the other hand was the chief motivator. With her bad back she was there to be the team cheerleader and to help keep everyone motivator.

After just one and half hours and the jobs were completed. We put the tools down and as if by magic the grey clouds parted, the blue sky appeared and a double rainbow appeared. It was the brightest rainbow we had ever seen, and it was hard to peel our eyes away from its beauty. What a perfect way to finish a task, natures very own special reward :)