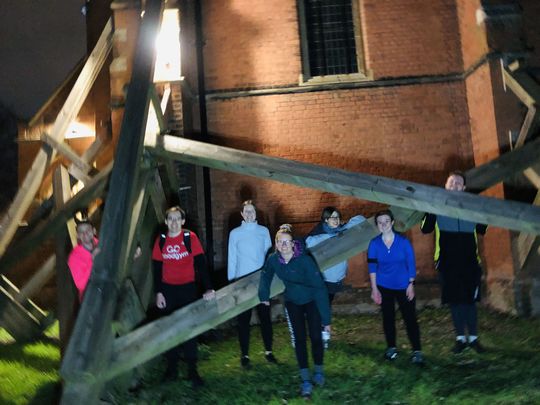 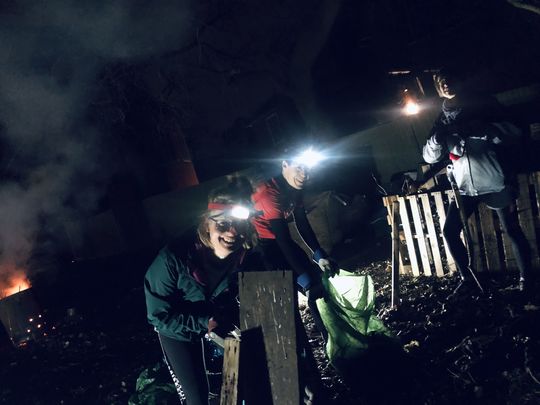 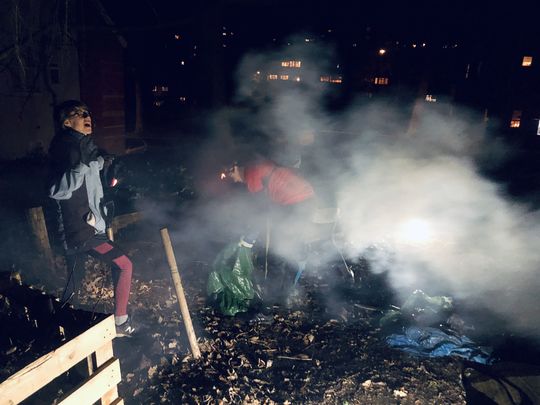 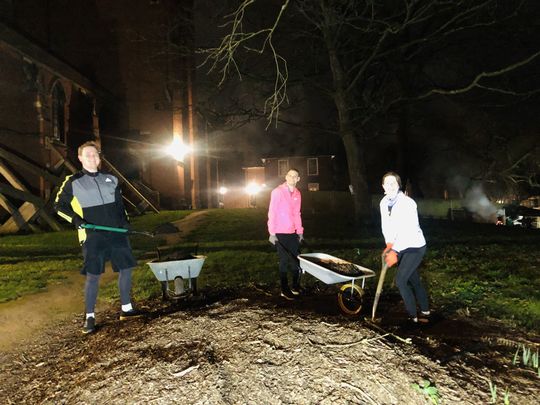 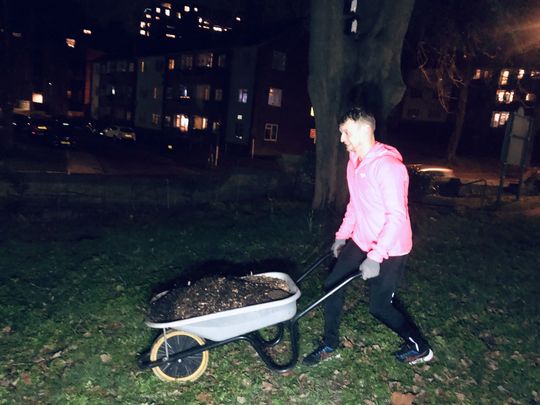 What a wonderful bunch to have along on a mild evening's run. And what a way to start the month!

First off we discussed our favourite flavour crisps - a good variety of choices with Hannah as usual providing the curveball answer "I don't really like crisps". I think they are literally my favourite food.

Anyway, then we had a quick warm up in the park, before making our way to St John's The Evangelist who had come to our aid by providing a (nice and challenging) last-minute task.

We met Sara who had prepared two tasks for us:

💨 Half the group were based at the compost heap, shovelling some of it into some bags. Sara had lit up a fire, which although looked very pretty, occasionally did smoke us out... luckily we had no asthmatics amongst us!

🌲 The other half were stationed at a big pile of woodchip which was to be moved from the meadow's entrance, down to a new pile by the vegetable patches. This will eventually be made into a path! With two wheelbarrows, two shovels and a rake, the team cracked on.

In half an hour, we were done, with an emptied compost heap and zero woodchip left in the pile (despite unhelpful comments like "that looks like only 5 barrowfuls left" by me - try 15...).

We had a quick game of Rock, Paper, Scissors (feat. press ups & sprints...) and then headed back to base for some stretches.

Area Activator for GG Bromley! Mostly runs for the train. On purpose obvs.

Clearing up the Car Park