9 runners ran 4.6km to help the Sustrans in Leicester. 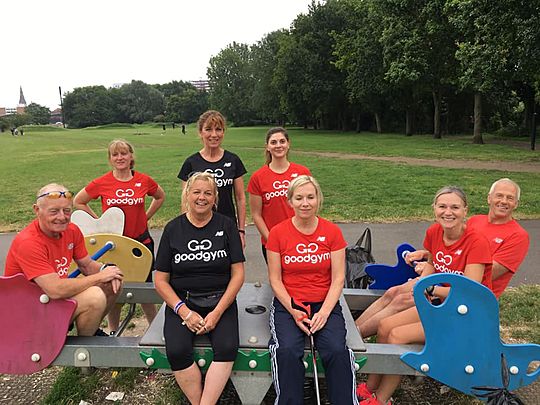 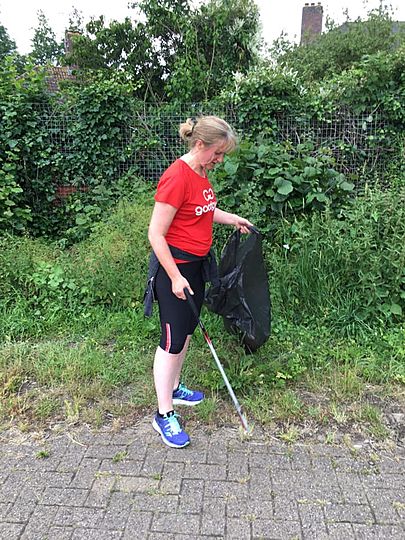 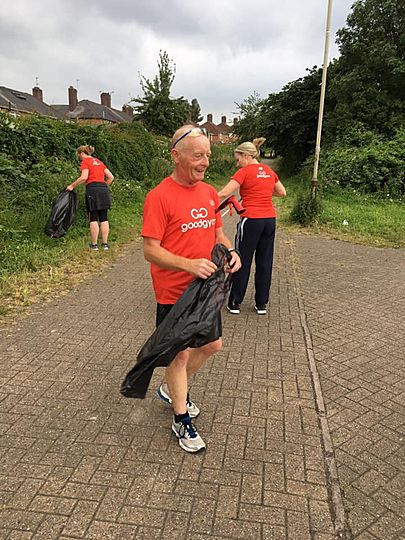 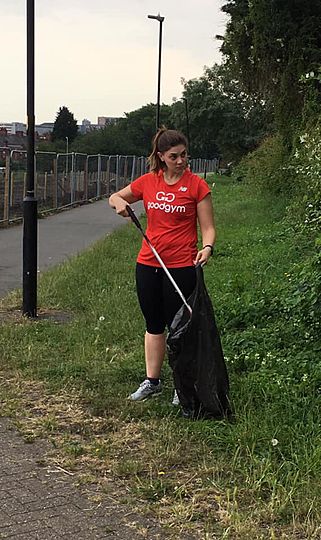 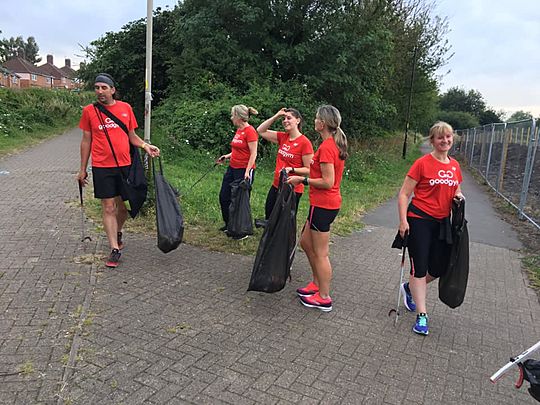 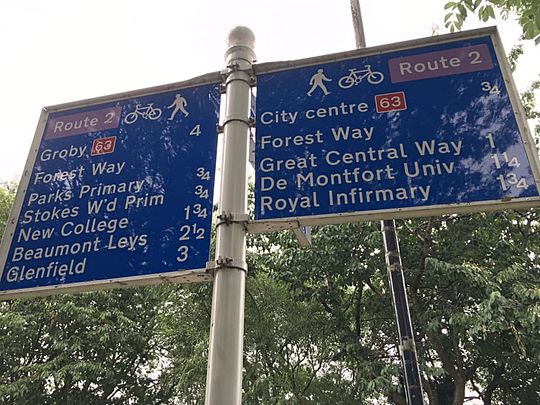 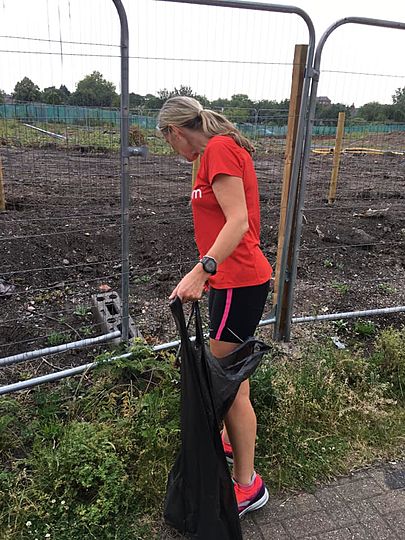 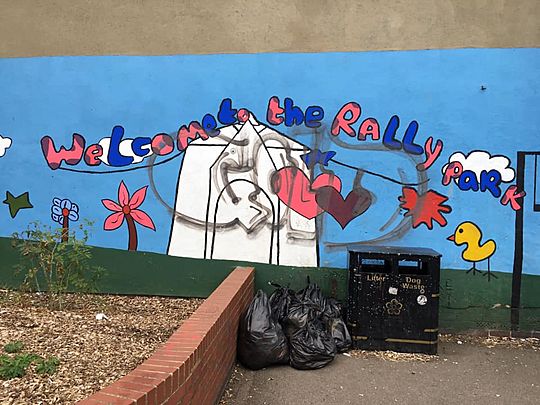 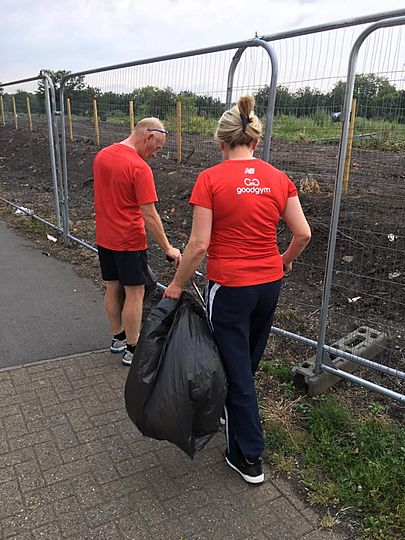 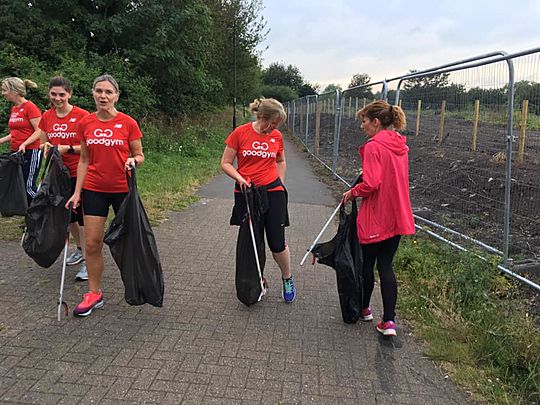 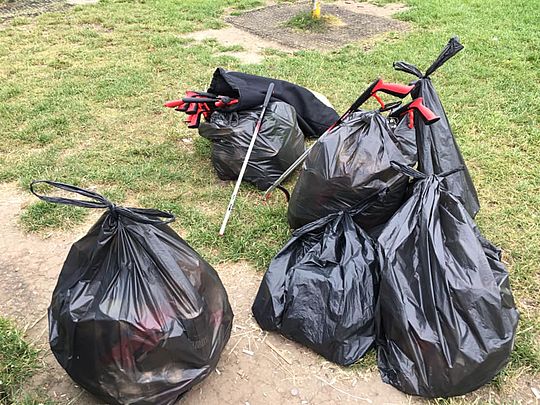 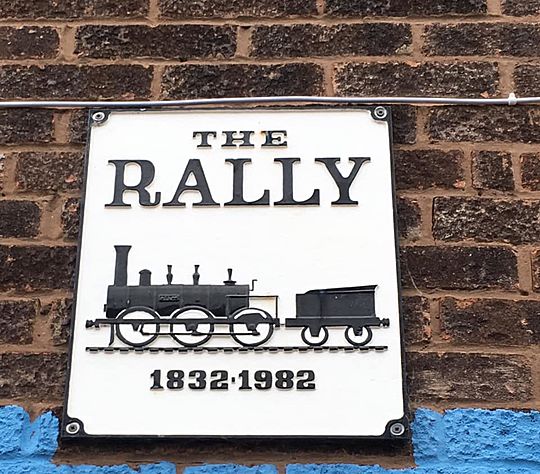 In the last week of the summer term it seemed appropriate to be visiting a Primary School. However, the best laid schemes of mice and GoodGym, gang aft a-gley. Jimmy's wife had requested the task on behalf of her employer, Braunstone Community Primary School, and was due to be on site to let us in. However, over the weekend she unfortunately managed to fall and break her ankle rather badly and we were unable to arrange alternative access at short notice with the school. Get well soon Bev!

So after a few last minute attempts to bring forward some future tasks had failed, out came the litter pickers and we headed along Route 63 to tidy up on behalf of Sustrans! Irene returned from her new home down south to join us for the evening and was pleased to run with some friendly faces once again. Sharon shared with the group that on the back of her race debut last week she had now joined an after-work running group on Thursdays, great news!

A humid 2.5km loop out was taken by Michaela, Sharon, Jen, Huw, Jimmy and Irene as we returned to meet walkers Mel and Dave and the injured but recovering Lindsay. Our usual 500m section along route 63 was somewhat tidier than usual (although plenty of litter was still present) so it enabled us to extend our picking back along the route towards and into Rally Park finishing with Dave and Jen finding one of life's simpler pleasures on the see-saw!

Plenty of litter picked, a short fitness session around the Rally loop before heading back to base a whole 30 seconds after 7.30pm!

News to be confirmed imminently on next week's task, hopefully we can rearrange the school visit as a straight swap with the litter picking, look out on social media and in the weekly email for an update over the next 24 hours.

A date for your diary, July 23rd will be Lindsay's last regular group run before she moves away, bring some pennies for a post-run social to mark her fantastic contribution to the group!