7 runners ran 5.1km to help their local community in Bromley. 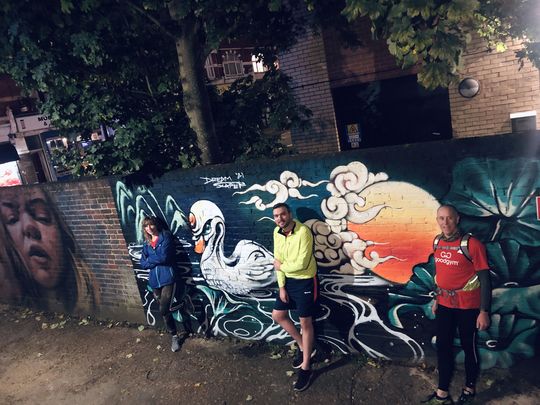 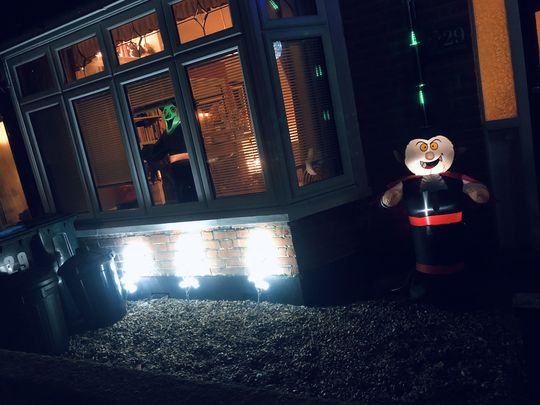 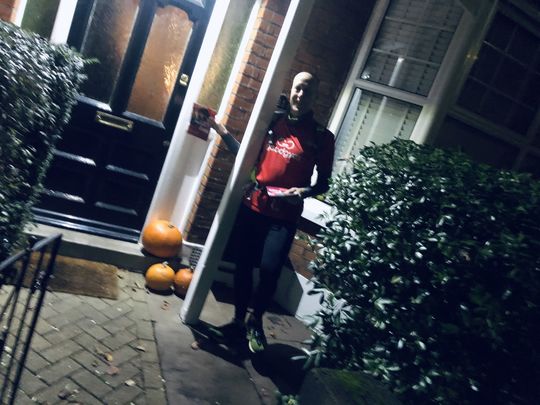 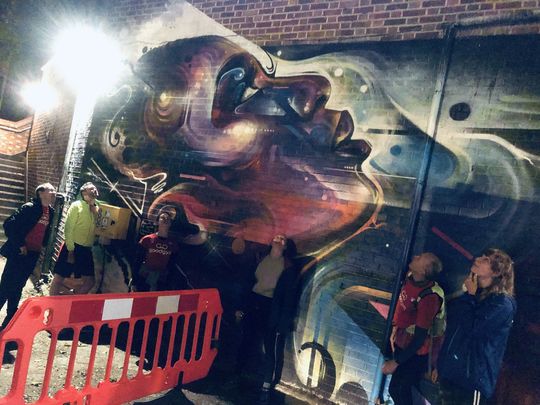 Who you gonna call?

Probably a keen team of 7 Ghoolish GoodGymers who smashed though nearly 400 flyers for the British Heart Foundation.

We kicked off saying hallo(ween) and discussed the most exciting thing we did with our weekends. Quite an interesting bunch of people actually.

Then we ran and skipped round in circles in the park to warm up, before running down Penge High Street.

At the bottom, we split into two teams to disperse some flyers for the awesome BHF. They're a bit low on volunteers in their shops, so our plan was to dash door-to-door, dropping off flyers which aim to get people involved in their work.

Clare, George and Stephen ran a bit further past Clock House station to spread the word, whilst Ian, Nick, Holly and I stuck around the bottom of Penge.

We met at 8pm, took a few snaps with the famous Penge street art and most of us ran back up to the Bridge House, and a few of us stayed for a beverage! 🍻

Area Activator for GG Bromley! Mostly runs for the train. On purpose obvs.