Party in the Park

3 runners ran to help the Urban Green Newcastle in Newcastle. 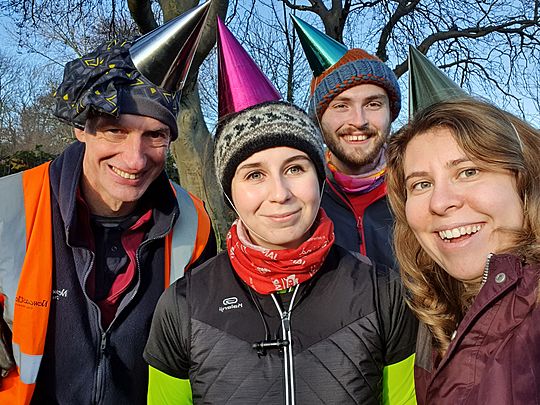 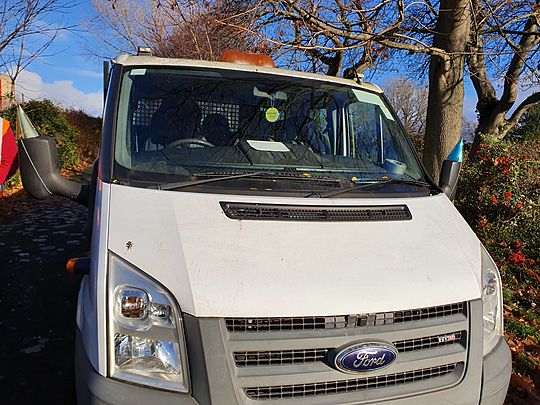 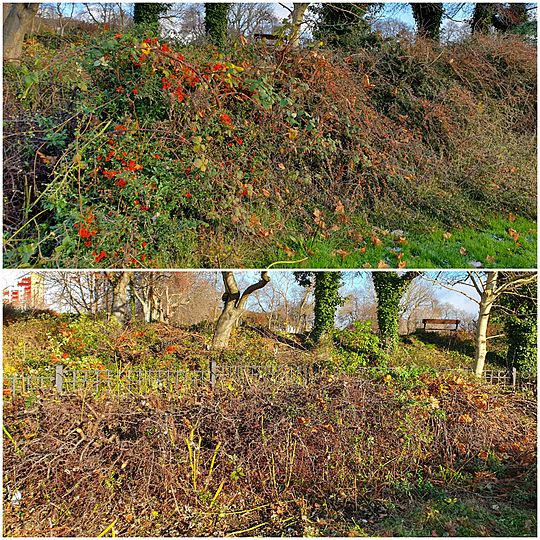 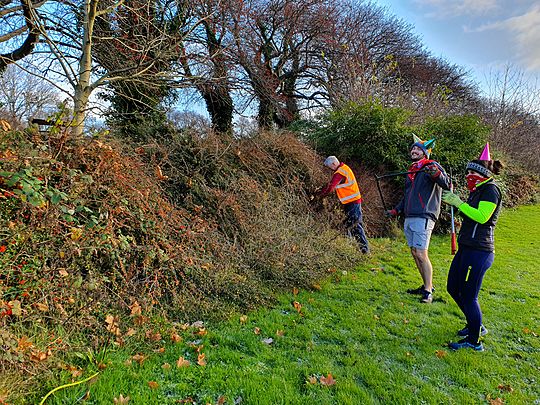 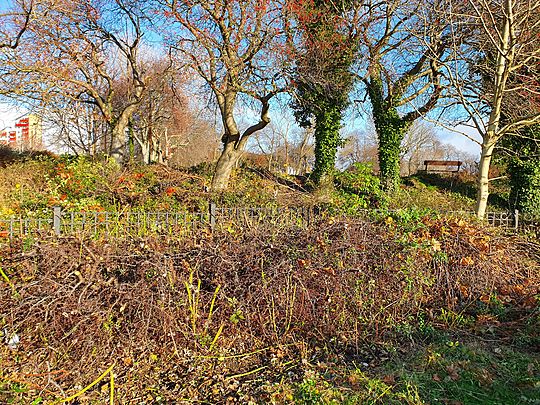 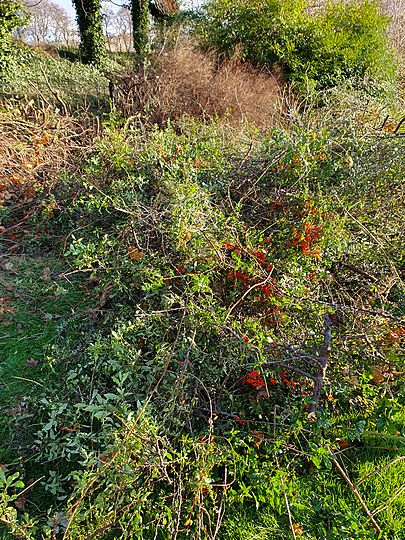 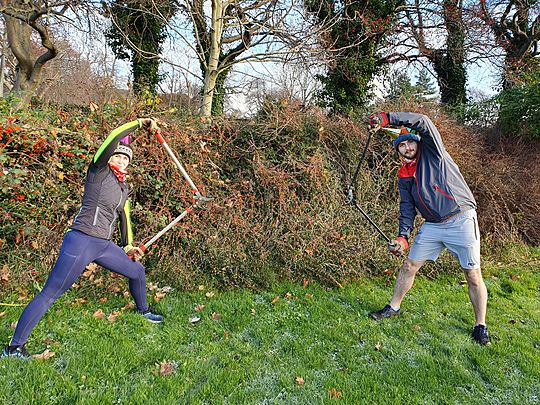 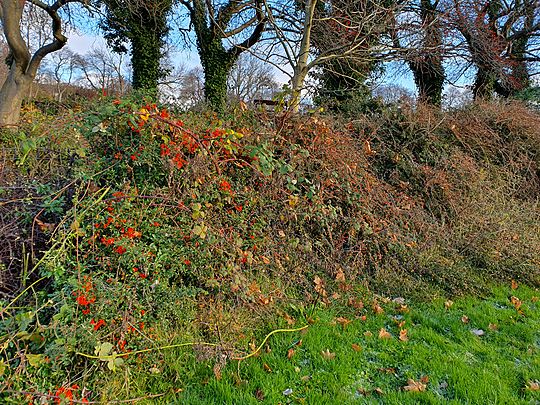 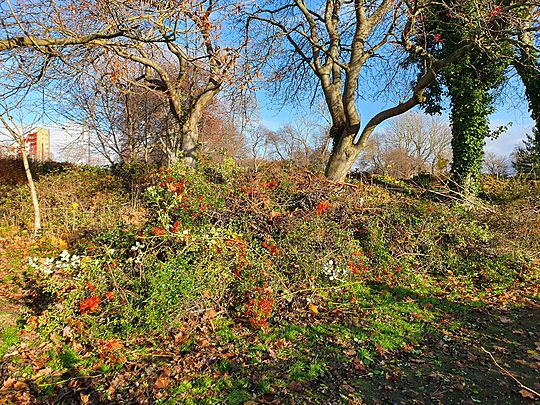 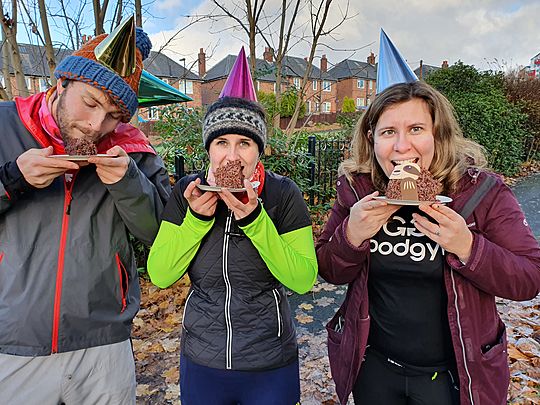 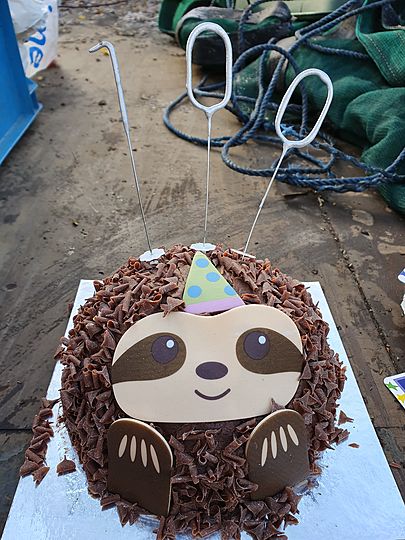 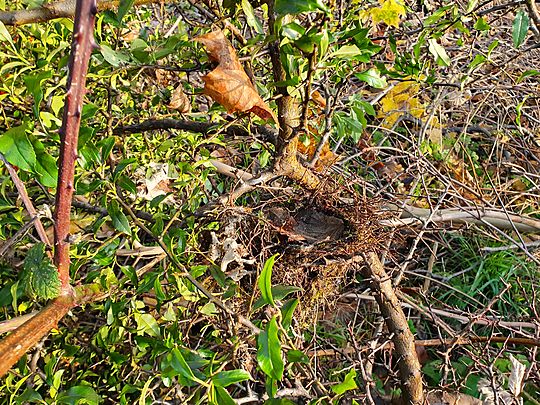 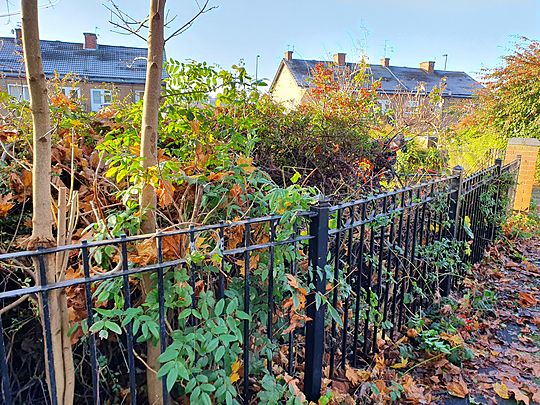 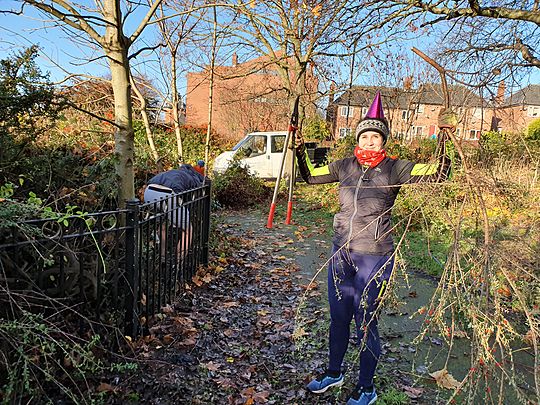 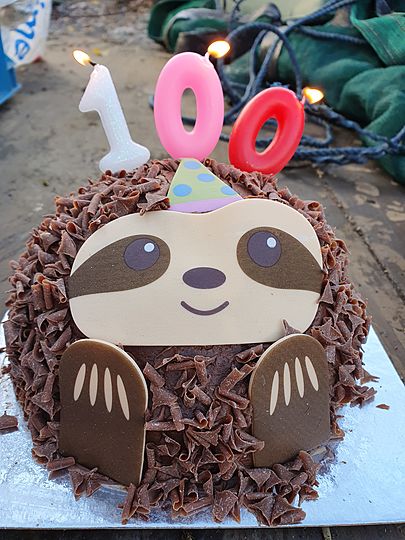 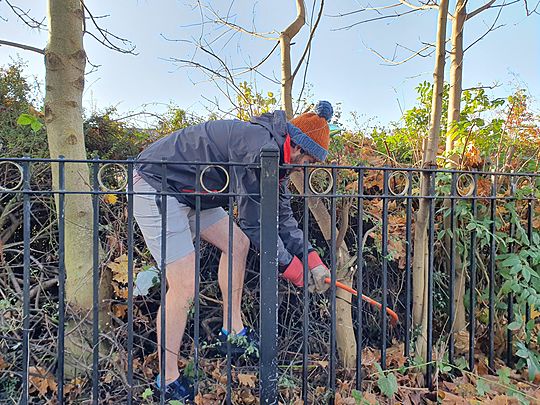 It was a special mission for me – my 100th good deed! Slightly late, I was running around the icy park looking for the task owner legend Mike and park elves Andrew and Miranda. When I found them in the corner of the park, they all burst into song ‘happy 100th to you’ and were wearing party hats!

I stupidly hadn’t brought a jacket as it looked sunny when I left the house, but it was actually very cold and frosty despite the winter sun, so Miranda kindly lent me her jacket as she had much more adequate layers!

We got stuck in cutting back a large and very prickly bush. Our aim was to cut it back off the path and behind the fence, cut in down to bellow the fence level to allow people to see into the park better and stop the bush getting too dense which isn’t great for wildlife. Andrew hopped a fence to cut down a couple of small trees and pass them over to me and Miranda and we all struggled to pull out entwined branches.

Half way through we decided it was tea time and we stopped for a tea break. Andrew produced a sloth cake me and Miranda had bought to celebrate my 100th good deed. He also had sparklers in the shape of 100, which even Mike with his vast array of outdoor skills struggled to light! Luckily Andrew had prepared for this eventuality and also had candles, so we lit them instead. We then proceeded to eat the cake for 18 people between the 4 of us!

Stuffed full of cake we then continued with our task to cut back the bush whilst finding many decomposing birds’ nests and discussing warmer climates, the perils of driving abroad and how much the huge thorny branches looked like those out of sleeping beauty.

Andrew had to head off early to get to the match but left us a surprise – Mikes van was wearing party hats!

An excellent 100th good deed. Many thanks to Andrew, Miranda and Mike for making it special.

Congrats on your 100 Aimee!

Aimee Bambridge
I love parkrun, adventures and cups of tea.

Helping out at Scope in Byker