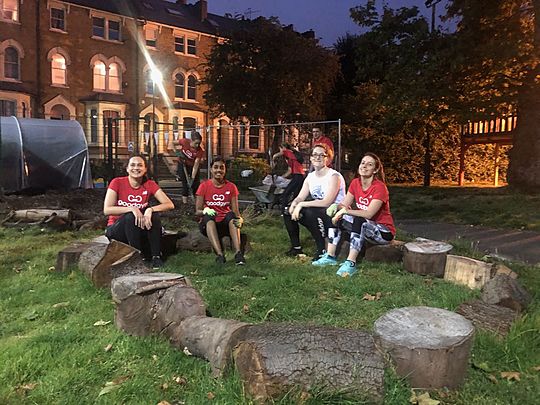 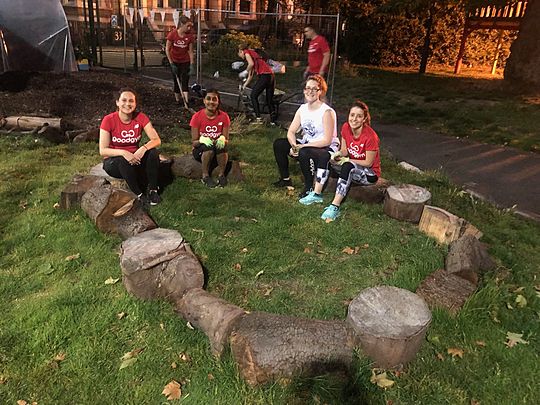 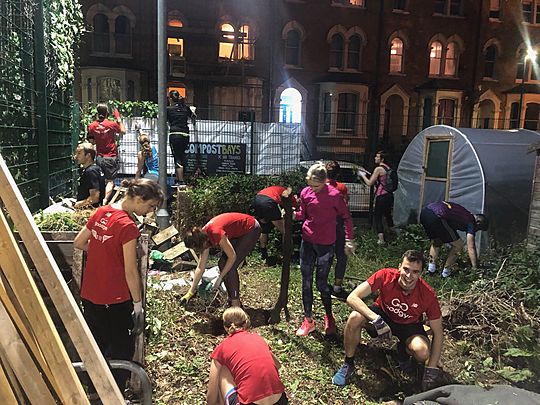 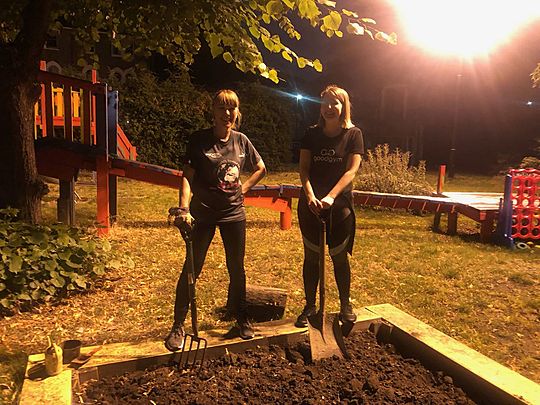 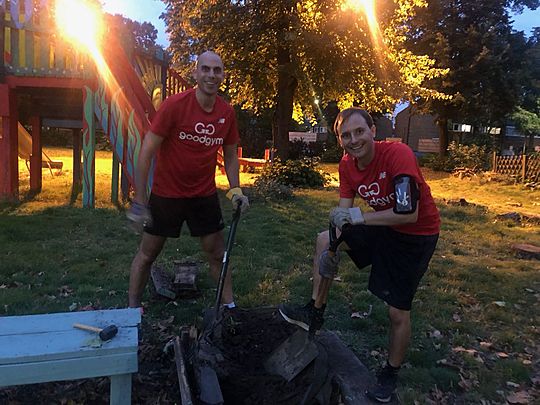 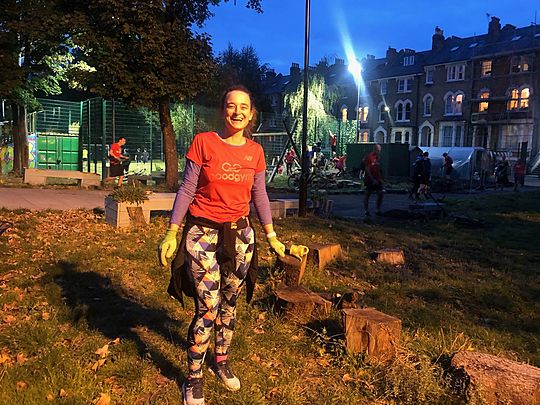 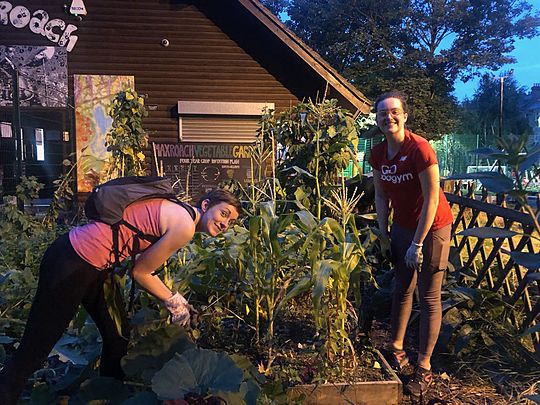 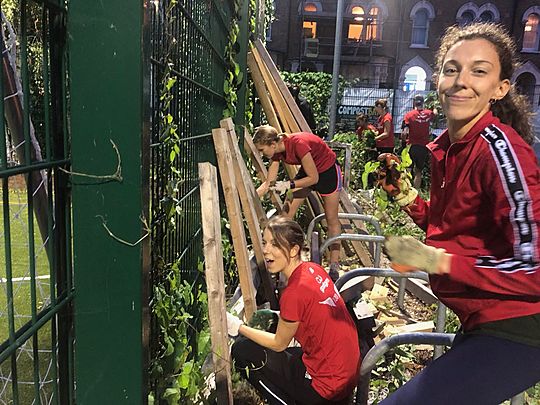 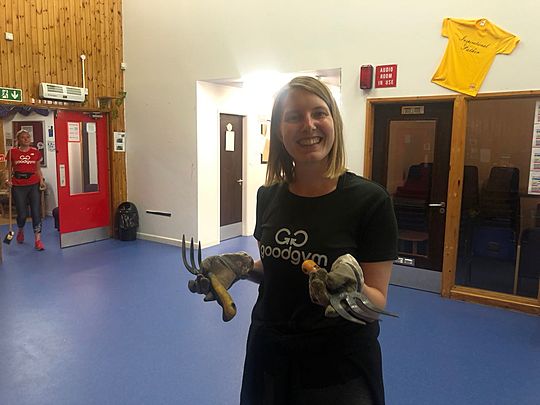 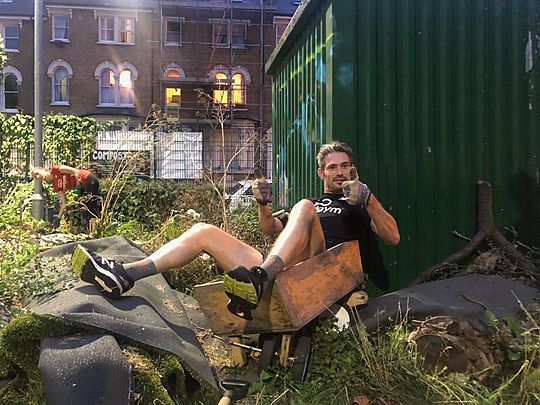 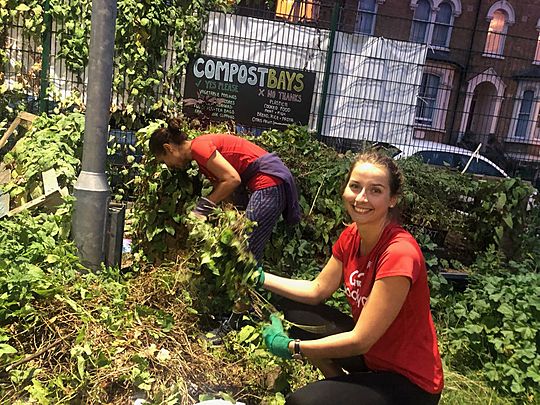 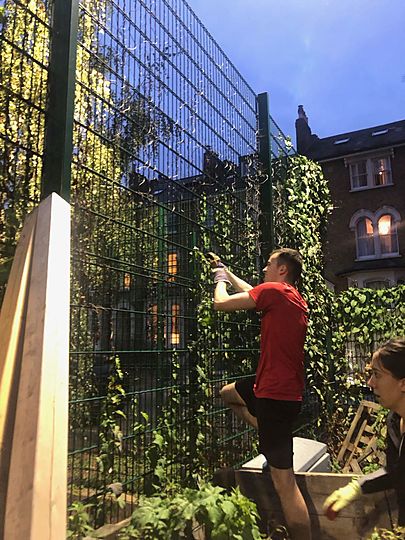 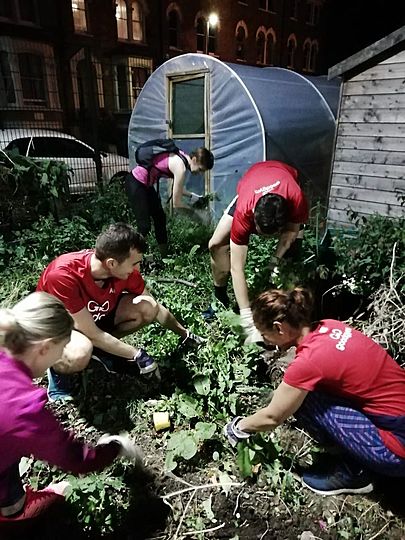 What a banging evening of running and doing good from the rockstars of GoodGym Lambeth!

We kicked off by welcoming Tasha, Jon, Saoirse and Georgia to their first run with us - give them a cheer!

FUN FACT: Loads of Lambeth buildings are named after prominent Afro-Caribbean figures. Max Roach was a Jazz drummer from NYC 🥁

This week’s task was a new one for us - Loughborough Community Centre at Max Roach. It is an awesome place for children in the local area - they host a whole range of clubs and activities. Over the school holidays they had about 200 children who came to play together and have a meal every day.

We split into a few groups to get there (walking, chill run, long run) and met Candice who gave us a bunch of jobs:

👉Barrowing wood chip from outside the sheds to the One O’Clock Club’s vegetable garden.

👉Rearranging the logs into seating areas

👉Sweeping the entrance and concrete areas

👉Weeding in the vegetable patches and ‘mud pits’

👉Getting rid of the bindweed in the compost area

👉Watering the plants in the poly tunnel and vegetable patch

I’m getting tired just listing them!

So our wondrous team of GoodGymers got to work shovelling and pulling and transporting and clearing. It was a sight to behold.

And after half an hour we’d blitzed the place. Props to Lauren to finishing that mud pit!!

We then headed back for a biscuit 🍪

NEXT WEEK is a big one - GoodGym’s 10th Birthday! Our no.1 task is to get a photo in front of Lambeth’s best known landmark (after the London Eye…) but then we’ll have a couple of task options: