15 runners ran 4.0km on a training session in Tower Hamlets. 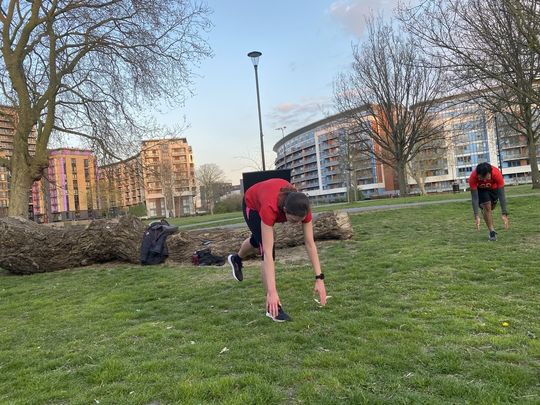 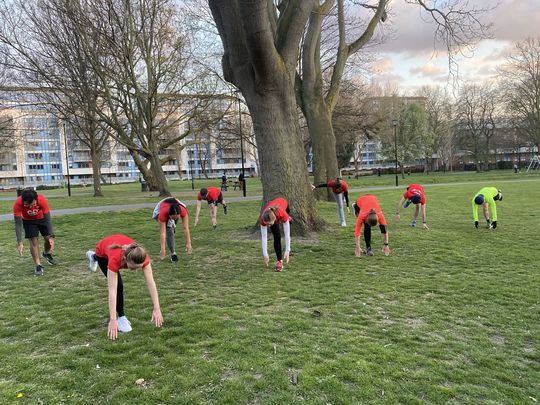 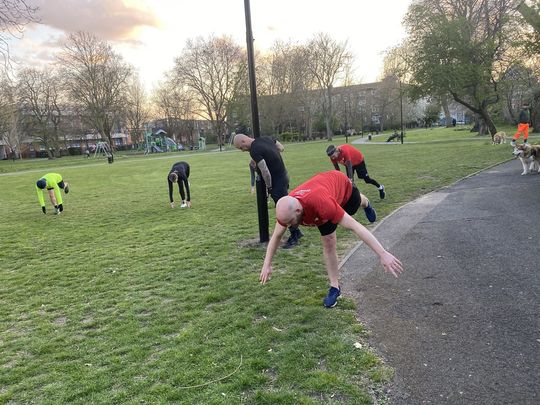 On time, on target

We said our hello's, and greeted members we hadn't seen for a while as we moved through our first few stretches.

Some dynamic stretches and easy laps were followed by a few running drills (it's all about the hip drive, you know) and some standing core exercises.

Well that was intense.

Then we were joined by PT Rob, who, as billed, proceeded to take the team through lower body. AMRAP-style.

As this incredible team of 15 followed instruction after instruction, where squat depth, duration and repetition were all used to intensify this lower body extravaganza, I tried to gauge whether our GoodGym squad were alarmed or just focused (or both).

After more running drills, we then moved them swiftly onto the obligatory greyhound and hare speed game, more Christmas tree shuttle runs before some final stretches. And our short photo moment for the evening.

It was an amazing effort. I feel very proud of our team tonight, many of whom have not undertaken a structured workout for a while, who welcomed one another so warmly, and then powered through 60 tough Monday night movement minutes.

It's official: you're still amazing.

Thanks Laura, amazing as ever!

Thanks for leading so many laps, Leo! You were brilliant! See you soon.

And thanks for YOUR speedy laps, Becky! Not to mention the large CM you led beforehand! Here's to many more.