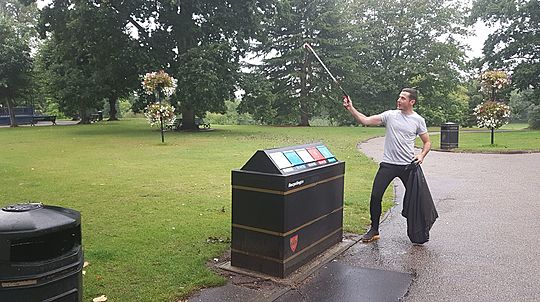 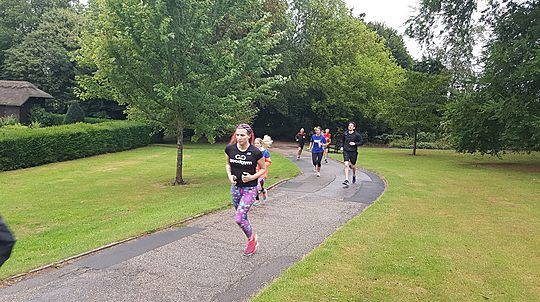 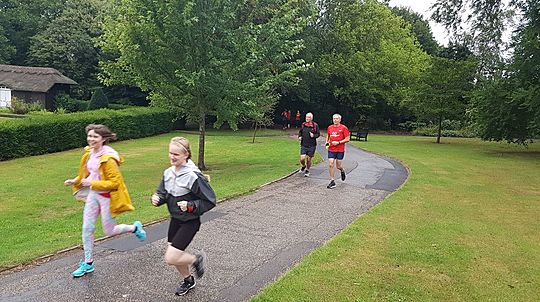 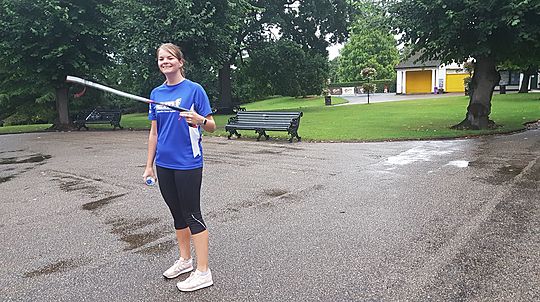 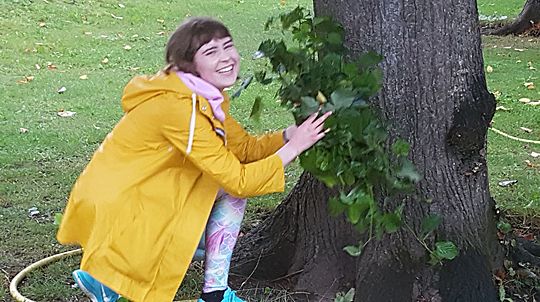 The inclement British weather did not put off 15 fearless young GoodGymers from braving the damp air for some pruning and tidying in Colchester Castle park this evening.

The 15 of us slowly drizzled in from 6.45 and we even managed to persuade Sophie to come and play rather than go to the 'normal gym' as she called it. It was great to see faces old and new as we set out in to the park, with an enroute warm up including our usual high knees and side steps. While awaiting the ranger's instructions, we played an 'appreciation' game where each of us chose another GoodGymer and told them something we appreciated about them. This was quite lovely with lots of appreciation for each other's sense of humours, thoughtfulness and inclusion. Warm fuzzies all round.

Simon the park ranger came along with the equipment and we played a game of Simon says where he told us what to do and we did it - much like the real game.... We had secateurs and lobbers aplenty, as well as some good old litter picking equipment. Our job was to cut down the 'suckers' (or the other fancy name that I can't remember) from the high point of the circle of trees around the bandstand. Simon asked us to cut down anything under about 6 foot - Christina made a fabulous measuring point for this purpose. We cleared away a big bag full of odds and ends which resulted in a very aesthetically pleasing eyeline for all those parkrunners.

Tav devised an ingenious bandstand circuits workout for us all. In pairs we completed 8 x 30 seconds of a range of strength and core activities, including planks, push ups and lunges. After that, we ran around the castle and down towards the bottom of the park - a mini park run lap to then finish with some stretches on the bridge.

A lovely evening and I hope you were all happy to come out in the end. I know I was!

Excellent report Ella,I was disappointed to miss the evening.

Only 6 days until the next run

My first one in over a year and you weren't there Ian! :'(

Tav
Personal Bests do not matter. Good deeds are an upgrade.