Night of the Living Bed 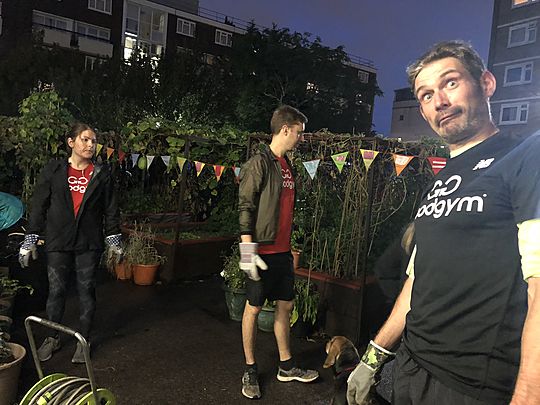 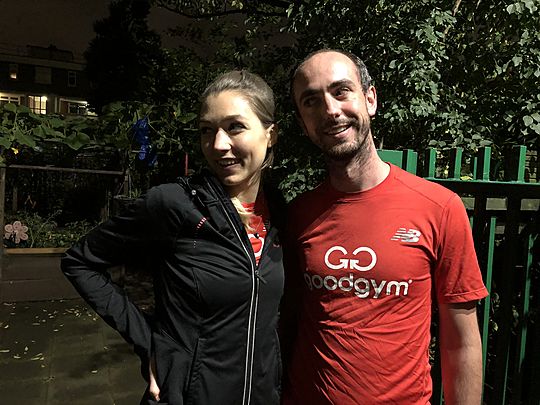 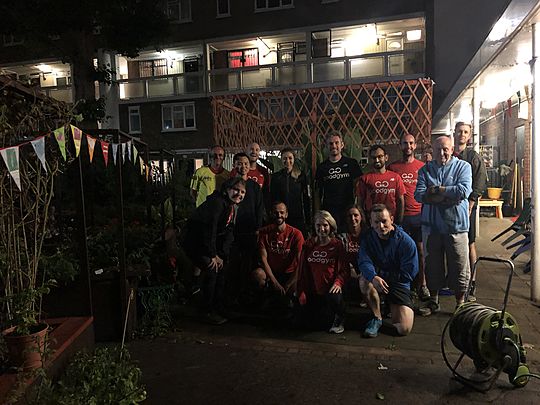 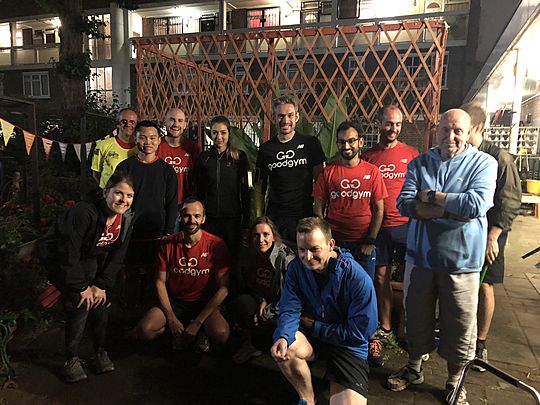 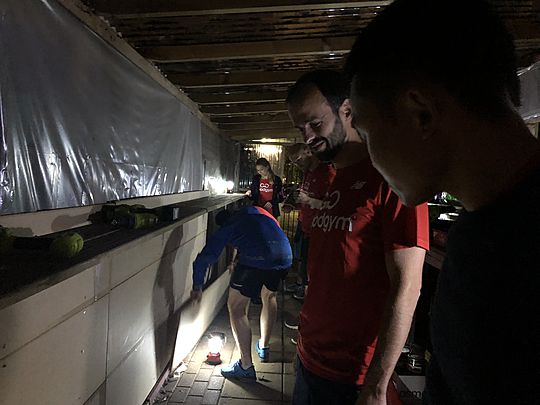 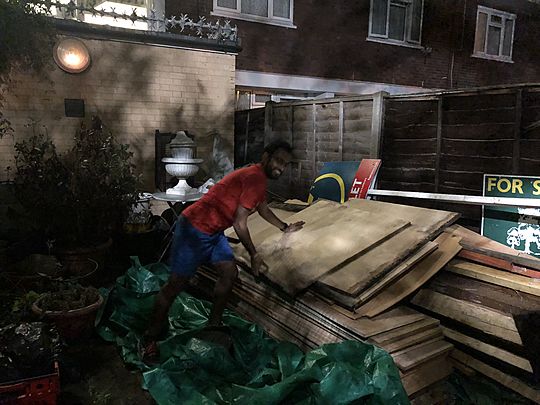 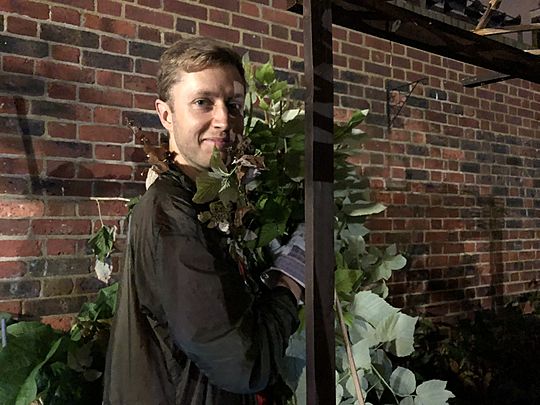 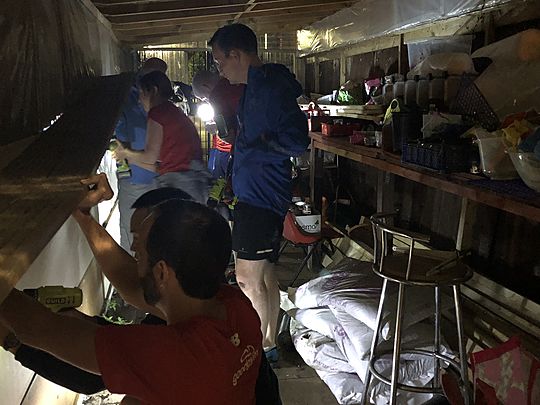 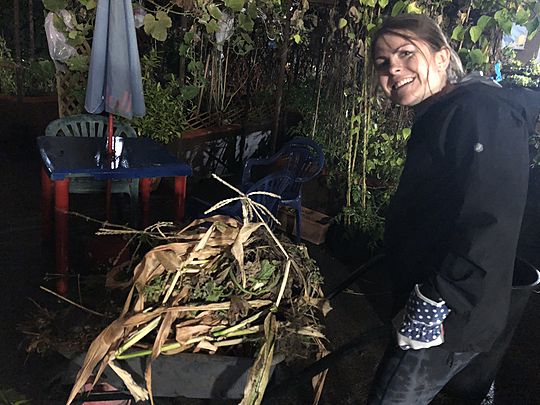 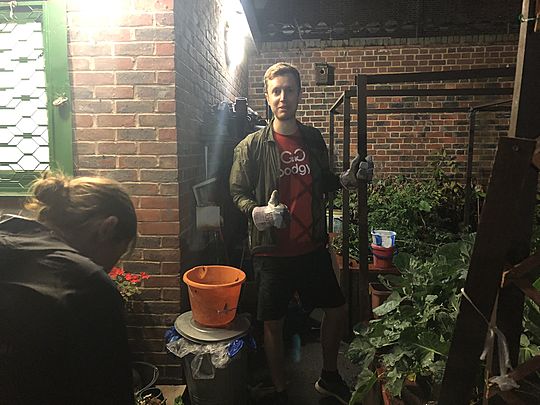 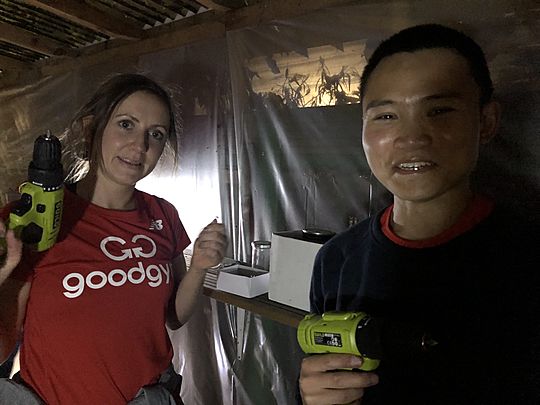 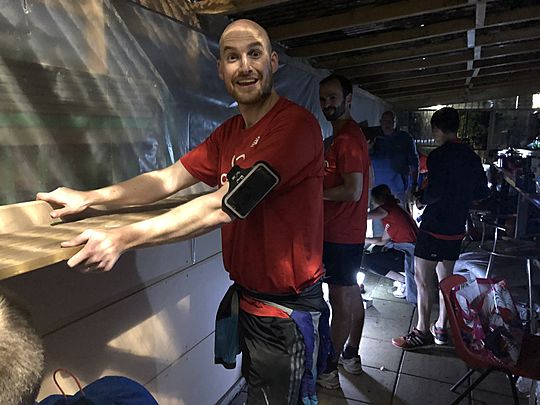 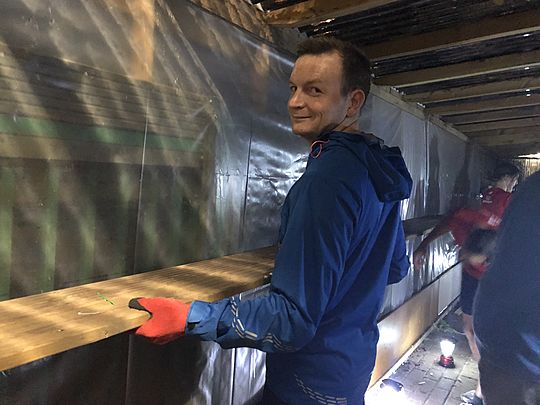 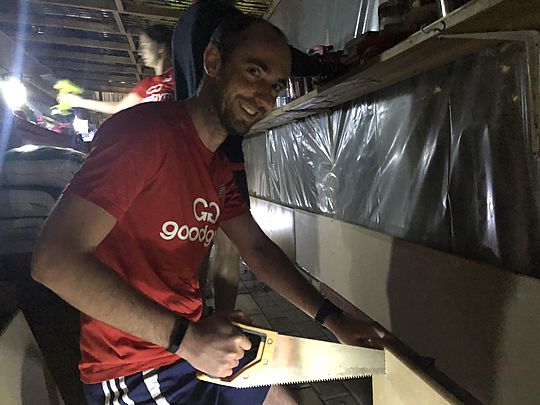 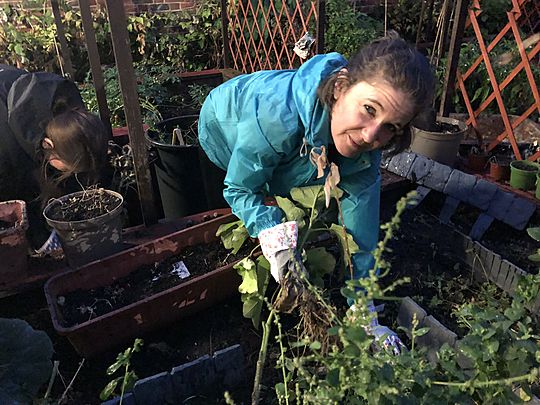 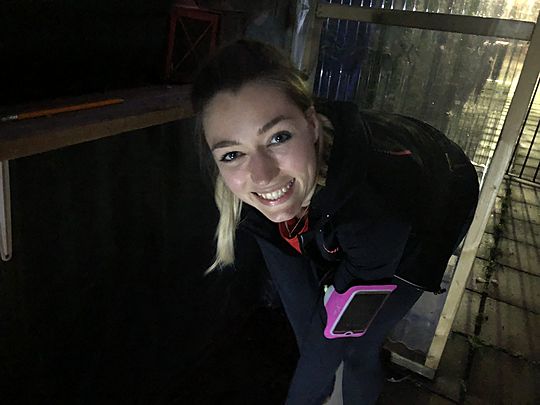 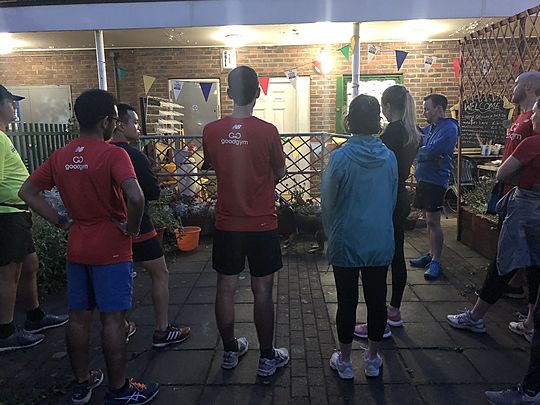 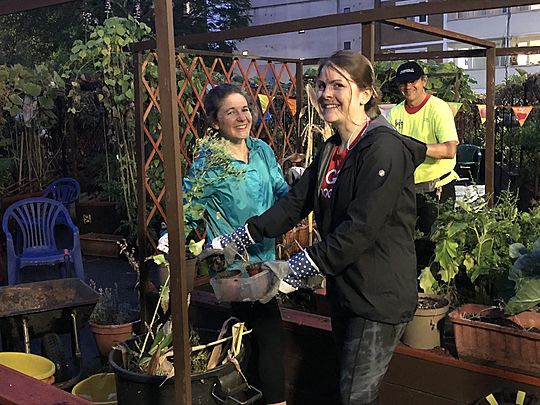 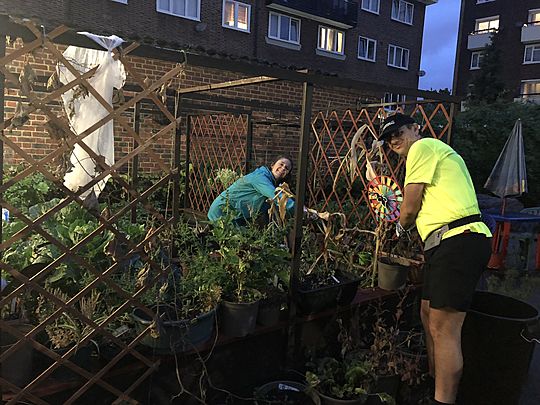 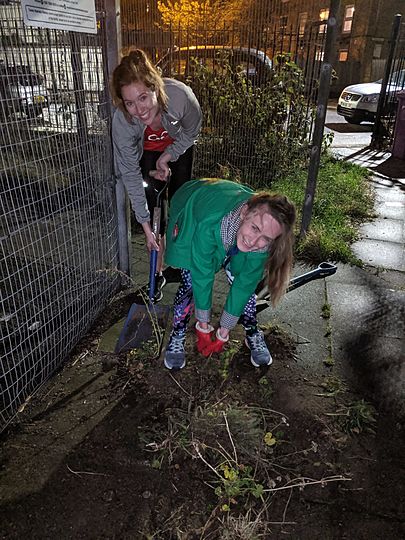 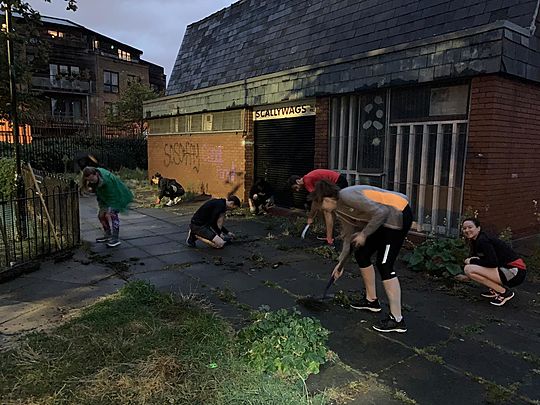 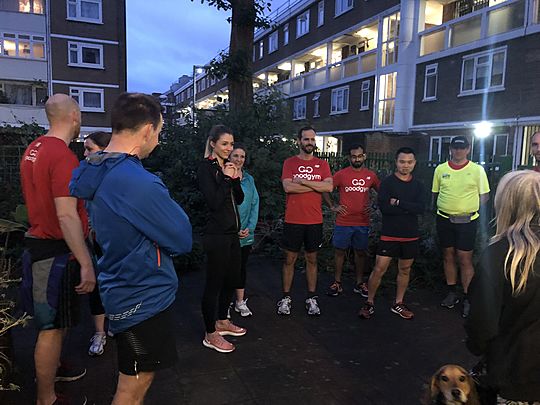 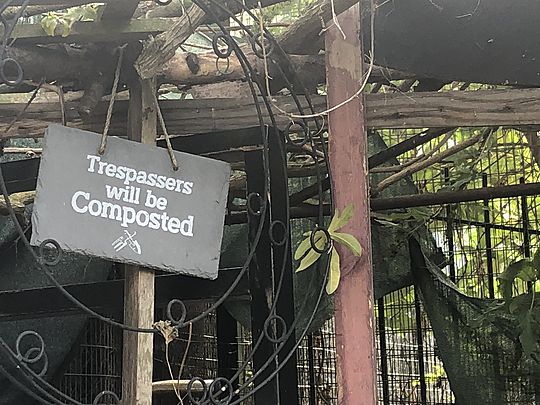 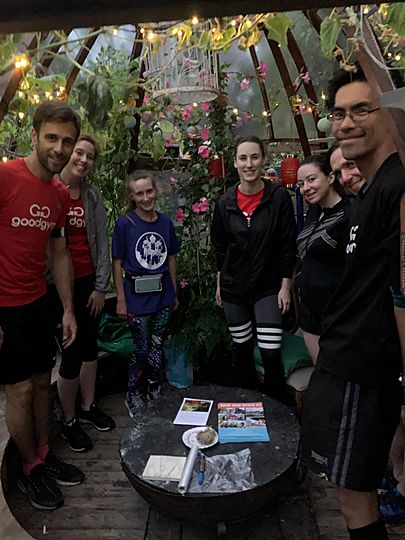 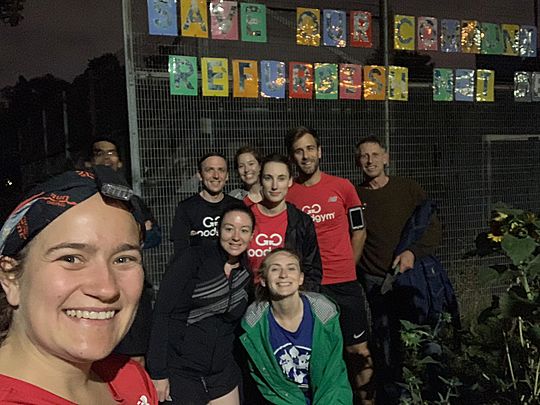 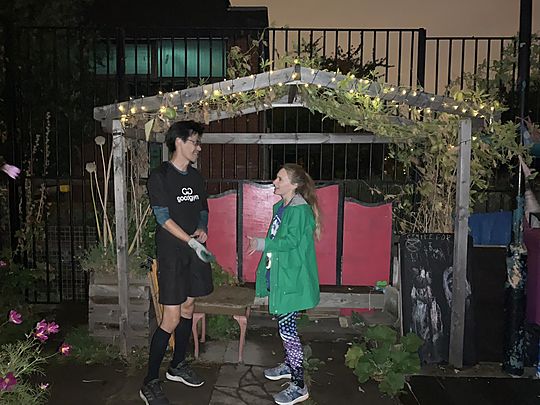 A total of 22 runners gathered together for two tasks tonight!

We warmed up on the hotel steps, glad to be heading out to two outdoor tasks even though it was a slightly damp Monday evening.

Task Force member Kat, was leading a team of 8 to our new task, some tough weeding at the Canal Club Community Garden, off Bishops Way. This was a heavy duty task, overseen by task owner Dominic, that saw the runners work tirelessly on the concreted area outside Scallywags nursery uprooting some long forgotten, well established weeds, really sandwiched between the paving stones. A tough gig, requiring the use of spades, shovels and trowels.

In the meantime, I took the rest of the crew down to Rocky Gardens on the Hollybush Estate where Michael and Margaret, and Basil the dog, were meeting us for a big tidy of the vegetable beds, along with some re-panelling of the greenhouse!

As usual, the time flew by: shelves were sawn, panels replaced, weeds uprooted, corn picked…it was the usual hive of activity. And then it was after 8, and we were taking our final pics before heading over to Middleton Green’s basketball court to be reunited with the rest of our crew, before getting stuck into tonight’s fitness.

I divided us into two teams before handing us over to Bryon, to devise a fitness game. Competing against one another, each runner sprinted two laps of the court, and it wasn’t until the end of the game that I realised one team was a runner short. You. Had. One. Job.

And then we made our way to the grass clearing for the upper body part of our session. More, tweaked scorpion push-ups were ploughed through; side planks were endured and then we finished our session with standing crunches and MMA’s infamous sprawl exercise. Well, if you’re going to give up your Monday night, you may as well make it count right?

Monday shout-out’s to the best team in town

Next week we're at a new task, at the Brady Centre, so come on - join in the fun next week why don't you!

Yes, it was a fun night Dharmesh! We're really lucky to get involved with tasks like this.