15 runners ran 6.1km to help the Bell House in Southwark. 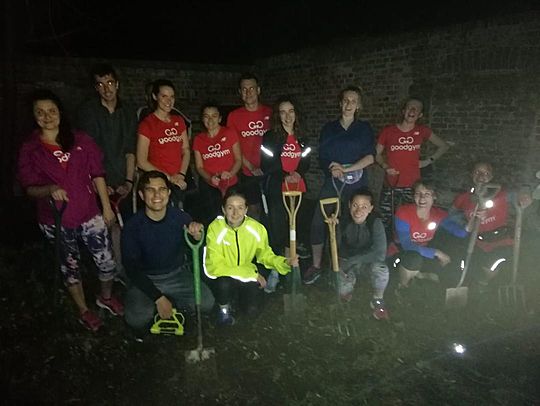 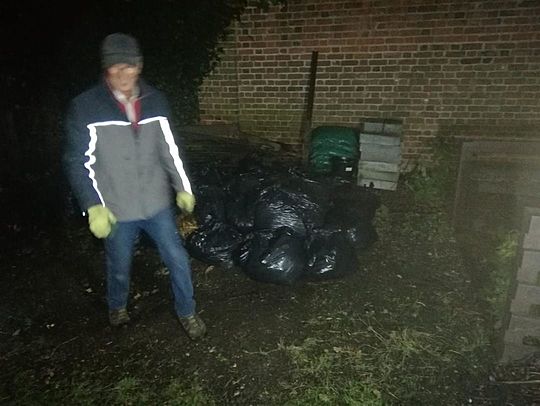 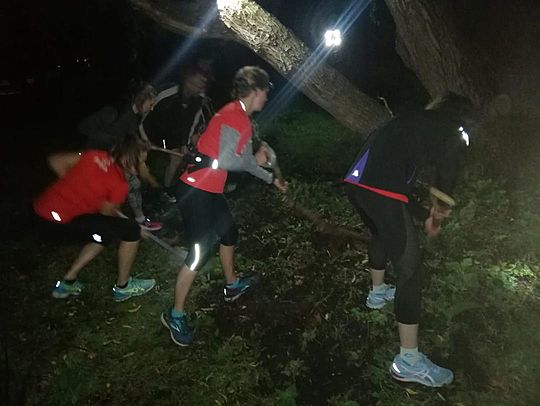 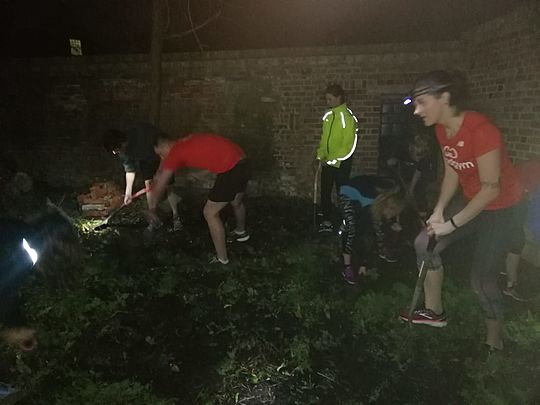 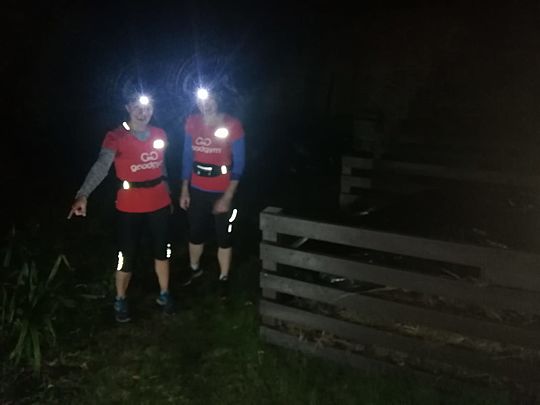 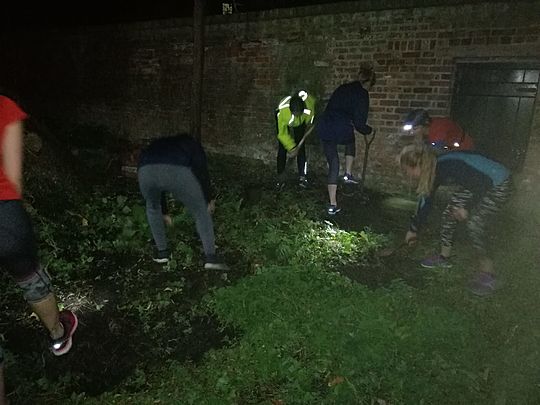 It was a dry night (after 2 heavy days of rain!) but with a slight temperature drop, conversations once again debated how many and which layers to wear for the evening!? We jumped through a brisk warm up passing the first test of names and numbers (always a tricky one!) and headed on a straightforward route up Barry Road and through the peacefully dark Dulwich Park. Managing to not get locked in and with Helena back-marking we arrived to meet Graham in the Bell House tool shed.

The daylight was well gone, but fear not we came prepared! With head torches and garden lamps we got to work on our first task - moving over 20 large bags of manure! Despite the smells and varying weights a chain was formed to deposit the bags into the compost heap at the back of the garden, with thankfully few mishaps!

Reece & Richard gave some man power to a tired lawn mower and helped move the heavy machine from the bottom of the garden back into the shed! And although we faced a challenge in the dark, we were able to illuminate the back of the garden so that the final task could be completed in true GoodGym style, turning over soil and digging out weeds working in an organised team being careful not get a stab in the dark! Much to Graham's surprise ALL 3 tasks were completed within 25 minutes, so we bid goodbye to the garden until Spring!

Leading the way home Richard navigated us along Woodwarde Road, sharing a few jokes along the way! And back up the hill towards the library. After adding in some loops backs and extra sprints for the front runners we all arrived together for a final stretch and appreciation for Allie's Rhin-ormous effort!

FACT OF THE DAY A Black Rhino’s skin can be up to 5cm thick! - No wonder those costumes are so heavy!

Next week we will be running 6km overall to our friends at Salvation Army in Camberwell. There will be plenty to get stuck into helping clear up after their recent building work! Sign up here

Dom T will be taking the ropes next week. Any queries, please get in touch at dom@goodgym.org

See you soon! Chin Up!