3 runners ran to help their local community in York. 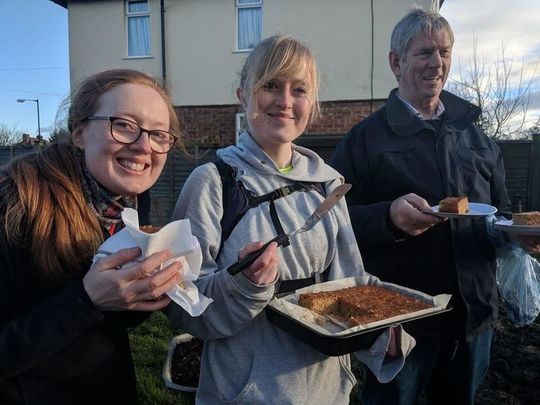 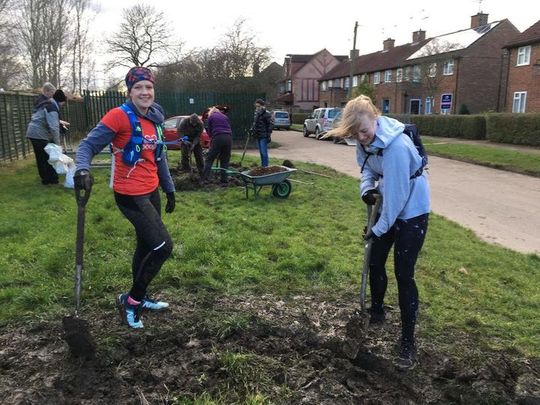 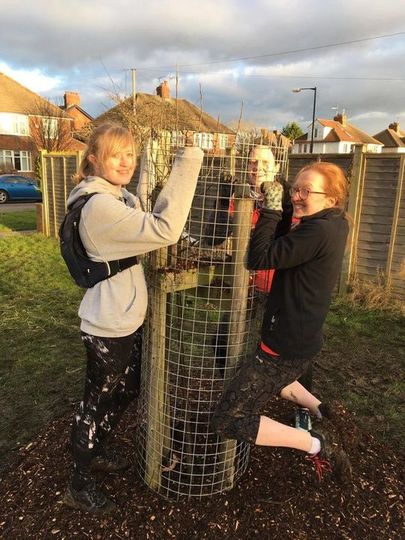 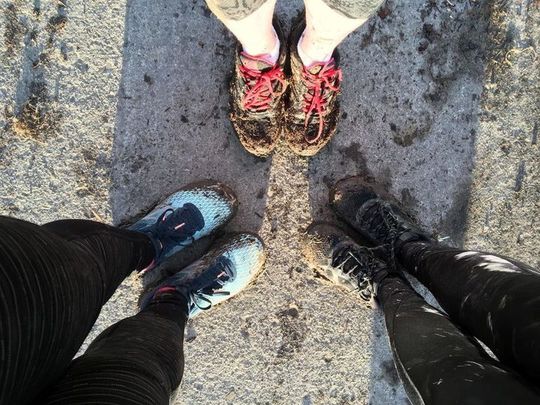 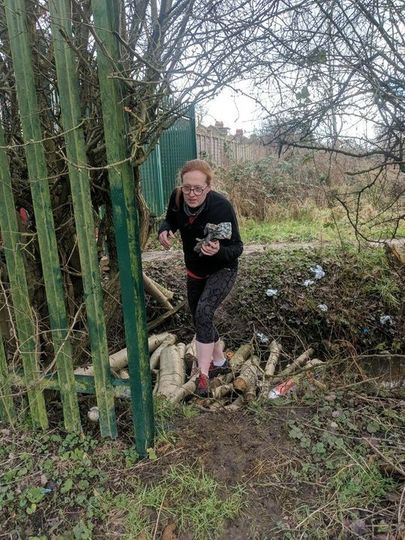 Leanne was first on scene, shortly followed by Ellie (who managed to get lost on a golf course and spotted Leanne from behind a security fence…) and then Becky.

Our job was to remove dead trees that had been planted last year and replace them with happy, new, living fruit trees. To do this, we had to dig out the old trees, remove a 1m diameter circle of turf, plant the new tree and finish off with a healthy layer of bark chipping. Easier said than done.

It was a literal bog, and it was all the standing water that had prevented the previous trees from thriving. As we got to turf removal, Team GG swiftly got incredibly muddy, leaving Leanne to exclaim:

This is the muddiest GoodGym task ever!

Next we removed the tree roots (with the aid of some other volunteers) to find that not only was there standing water in the bottom of our hole, but also a thick layer of clay that would be needed to be removed. By this time the un-turfed soil was mud, the grass around that was mud, all the tools were covered in mud, our hands were slick with mud… you get the idea. Thankfully by now it was time for a tea and cake break. It was good cake too – thanks Diana!

Post-tea Team GG abandoned their own little swamp to start up a wheelbarrow relay to shift the bark chipping which was to go around the newly planted trees (and to help cover the mud and make it a bit prettier). Whilst Ellie dug the chip out of the back of the trailer, Becky and Leanne barrowed it to the other trees where other volunteers did a lovely dance packing it all down. All that was left was to get the cages around the saplings thoroughly sunk into the ground, before scraping shoes clean on a range of tools, accepting second helpings of cake and running off into the sunset.

Fingers crossed these trees survive longer than the last ones!