6 runners ran to help the Age Friendly York in York. 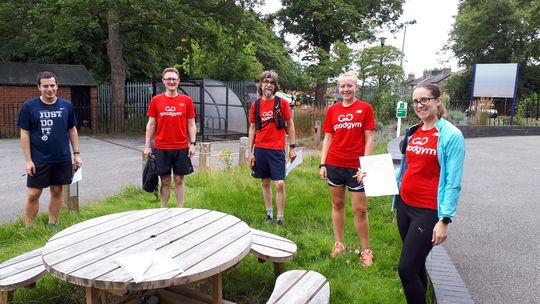 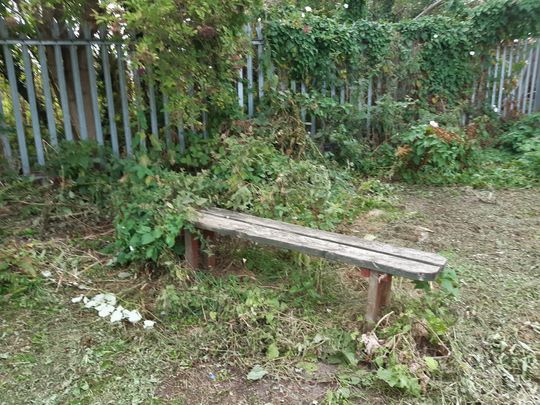 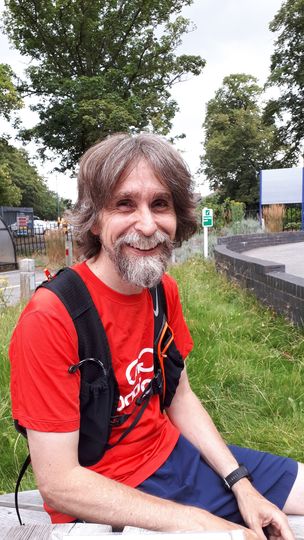 Meeting under the shadow (or smell) of the local chocolate factory local girl Mel said it had to be a monday because it smelt like mint aero bar producing day (other choccie bars are available). A full crew arrived and it was good to see the bench marking co-ord from Age UK himself out from lock down. He had warned us about the lack of haircut and indeed we were torn between calling him a Yeti or Bjorn Borg (the youngsters will have to google Borg no doubt).

It was Amy's first bench marking and was paired with Carl himself so surely nothing would go wrong there whilst Steve and Matthew were off to run the perimeter of the golf course on their leg. Meanwhile as organiser and canny veteran I was paired with local girl Mel who I knew was familiar with all the roads. Whilst the 3 of us set off at a good pace (apparantly, however, GG don't do maternity T shirts so Mel's next task might be in a different T shirt !) She was nevertheless looking radiant and happy now she is past the phase of "is she due or did she enjoy lockdown too much?"

Meanwhile Carl was taking pictures of what he claims to be one of the worst benches ever whilst Amy thought the abandoned sofa with dodgy water marks made that claim. Despite the odd navigation error they were heartened by a passer by exclaiming "I saw 2 others in similar shirts and they looked lost too"

That proved to be Matthew and Steve who were getting their monies worth by exploring streets not strictly within their remit whilst explaining to Carl on finishing that there may have been a bench under that tree. Maybe a return me thinks?

These 2 pairs eventually returned where Mel and I had been quite happily waiting for the slow coaches although we were quizzed by the police - "have you seen the youths cycling on the swimming pool roof " Sadly we hadn't - either we were very unobservant or the police had been spoofed. Concluded with a chance of a natter and general catch up. Until next time .....

Pete
Long limbed enthusiast for everything sporty and outdoor related !