It's the vinal countdown 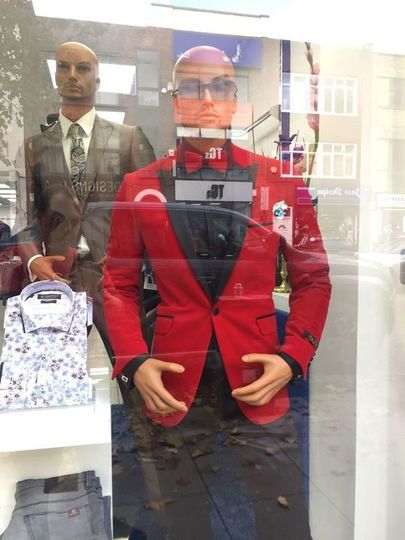 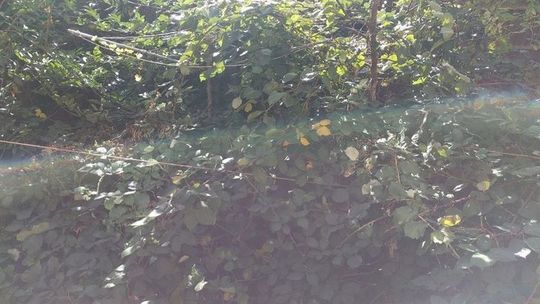 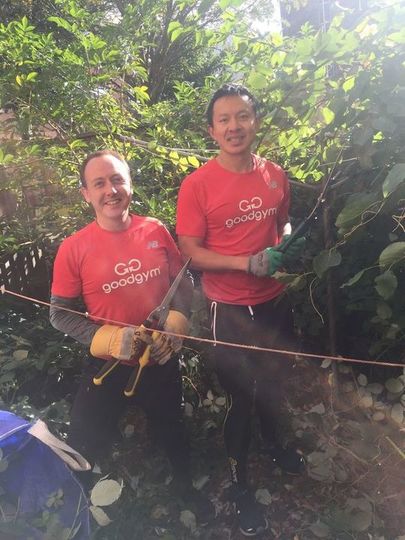 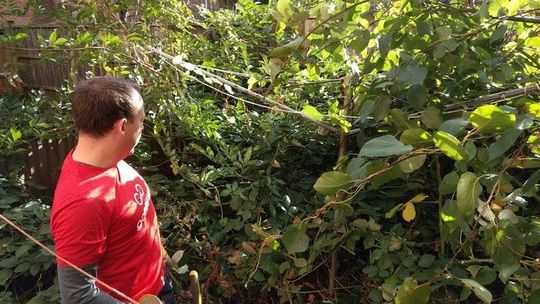 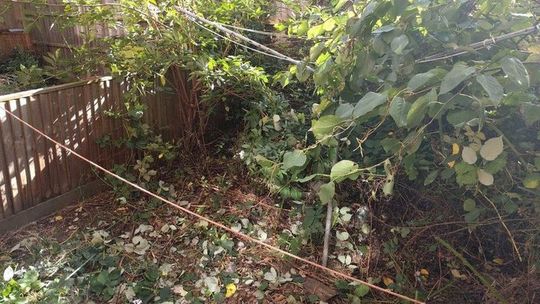 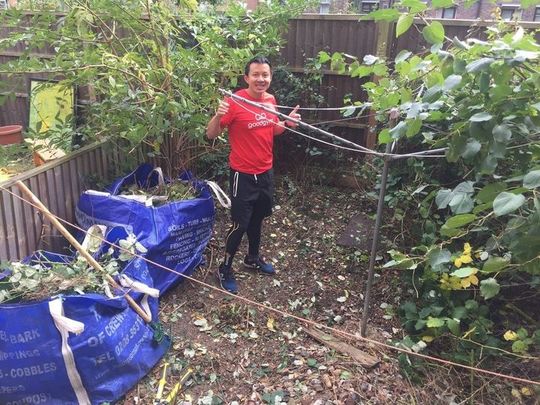 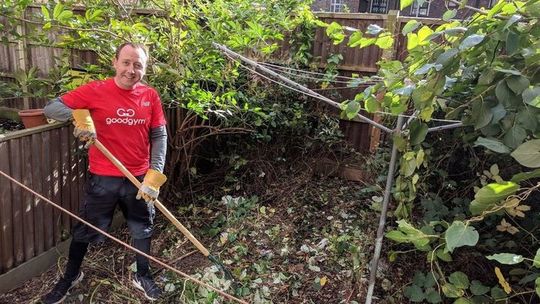 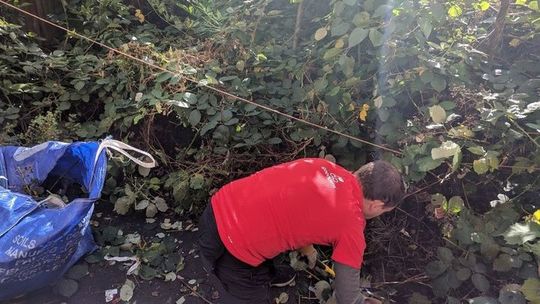 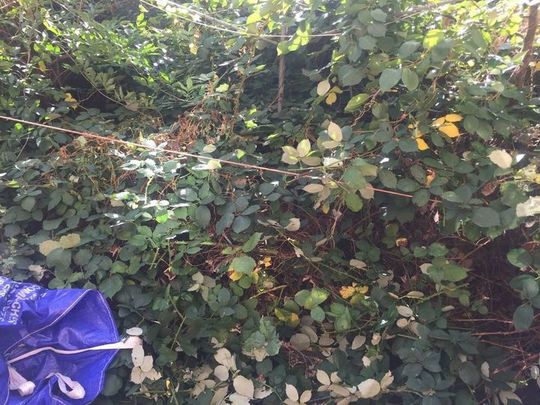 Storm Brian couldn't keep these two fellers from clearing a mass of vines, thorns and brambles to make a garden safer and lighter

On a Stormy Saturday, Patrick and Steve reunited after a nearby successful mission just two weeks prior. The dream team met Ted (not his real name) who needs help clearing his overgrown garden and is definitely unable to do so being a wheelchair user and an amputee. The local council are keeping an eye on vulnerable tenants like Ted but struggling to maintain support so were delighted to see GG's flyer.

It really was! Check out the photos (Steve's panaromic one gives you a better idea of how thick it was). The vines, thorns and brambles looked like something out of a fairy tale.

"They're the thickest vines I've ever seen" said Steve Lee

It was so dense and we had to hack and bag as soon as we entered the garden just to create a working space and area for the waste bags. The overgrowth also attracted lots of litter and particular types, too!

But thankfully we had incredible tools. We had been shears, loppers and even urban anthems from the lounge; Ted has good taste in music!

While working, we chatted away about the upcoming GoodGym Christmas party, missions, politics, Hartlepool elections and retro gaming!

Don't fence me in

On this day, we mostly worked perpendicularly! I took stage right and Steve went straight ahead. Both in search of the fence. Both armed with shears and chopping everything in sight but mindful of the washing line and airer.

We had a visitor from the council who saw us in action, took a quick snap, and explained what they are aiming to do. He was very excited about the potential to clear some gardens in the area.

We did around an hour and a half and were starting to feel the urge for caffeine and food.

We had filled two massive bags of green waste which is probably the same as ten ordinary ones.

Ted was thankful for the progress by clearing a big block of green and eagerly looked forward to stage 2 of the dramatic makeover.

Time for a cuppa

We celebrated over a cup of hot caffeiny goodness and a pastel de nata. We talked about the specialist cafes in Lisbon and Steve said he had worked there! Lisbon, not the tart shop sadly.

Lastly, check out Steve's picture of a potential black shirt and red suit combo seen in a local shop! Sure I'll see loads of them at the Christmas Party