If you go down to the woods today you're in for a big saw-prise...

21 runners ran 4.0km to help the Braywick Nature Centre in Windsor and Maidenhead. 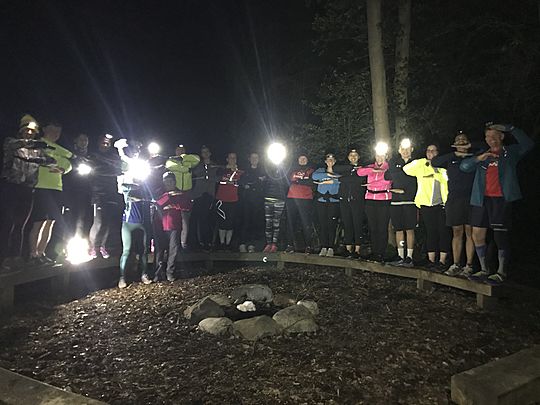 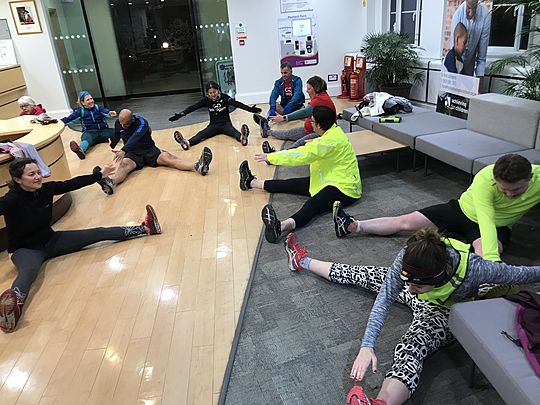 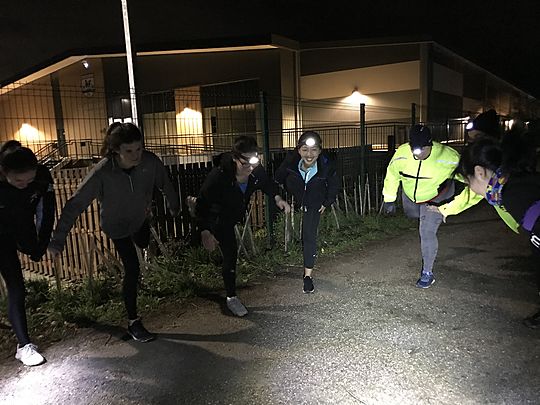 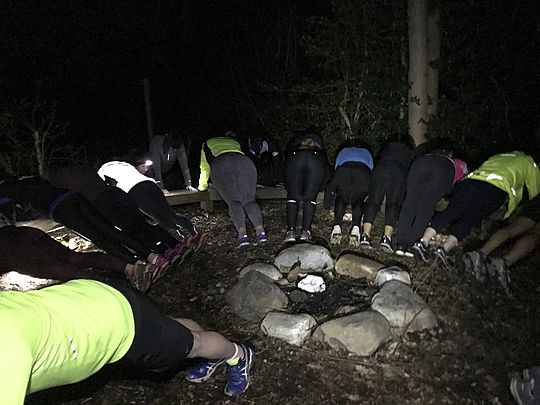 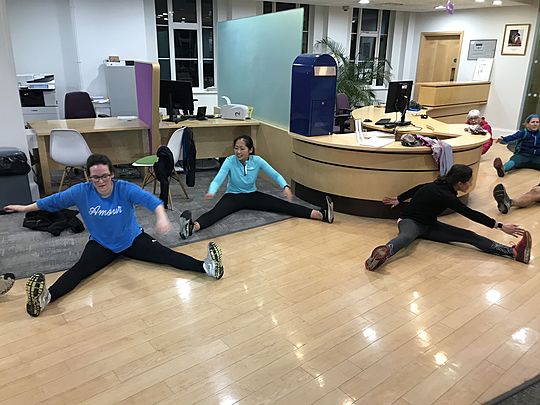 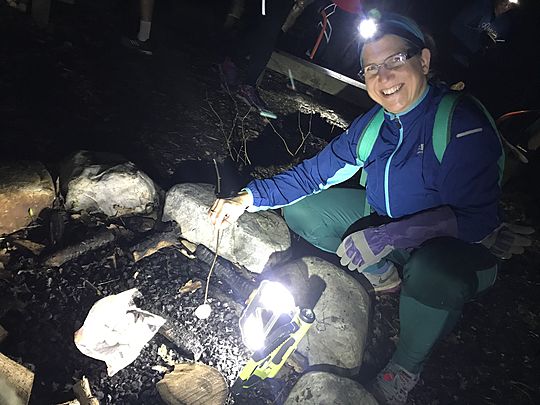 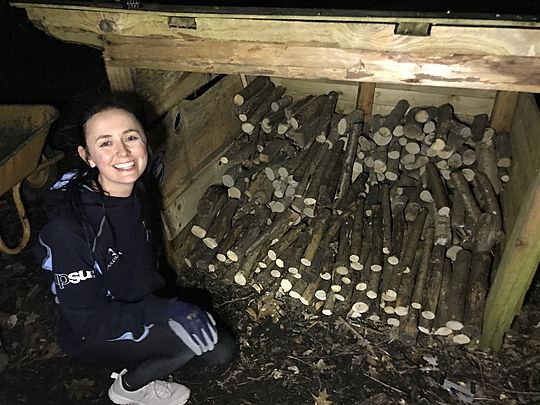 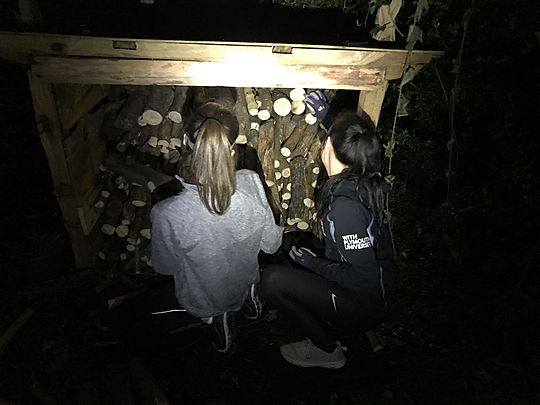 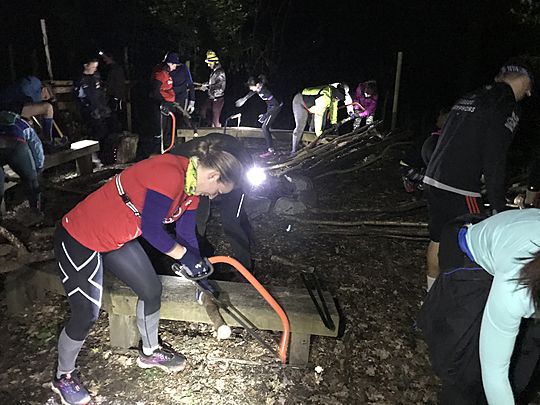 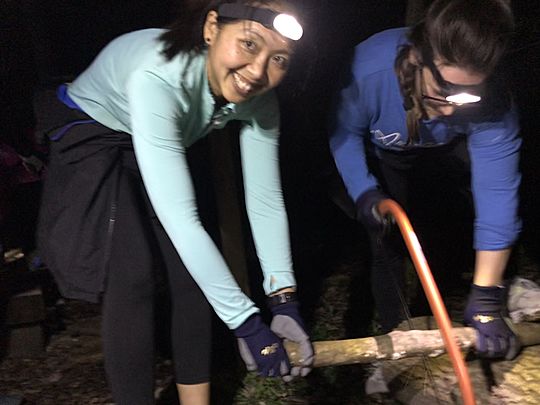 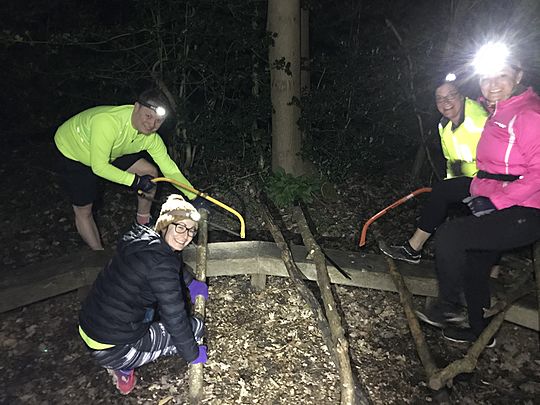 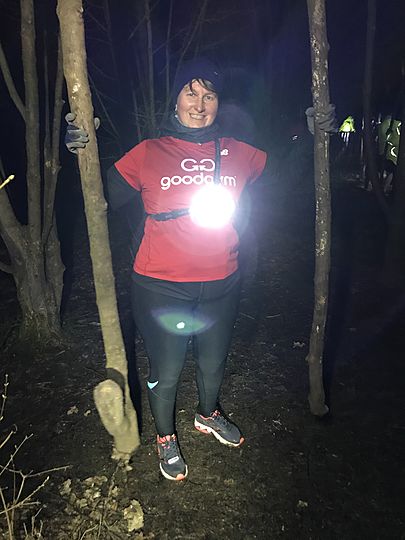 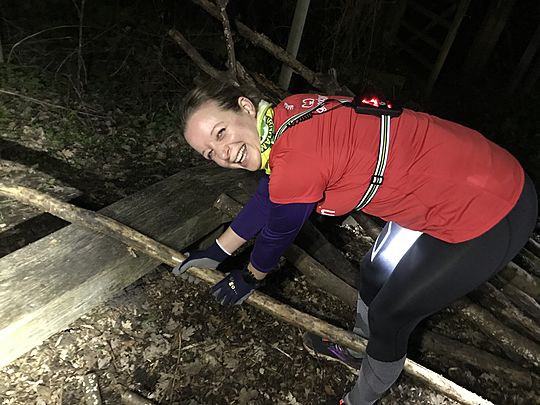 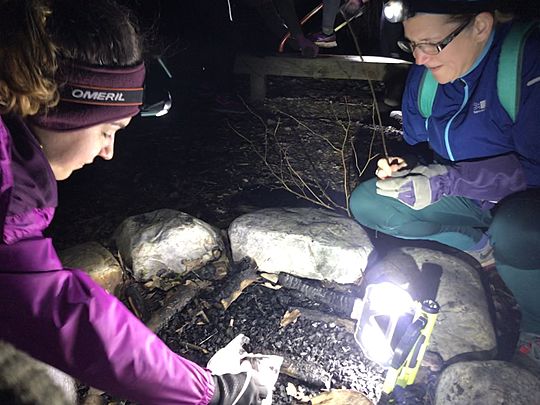 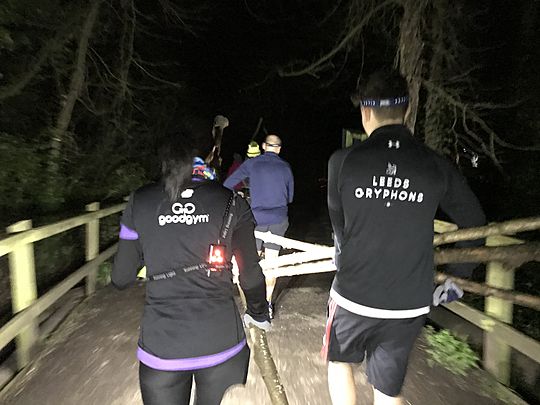 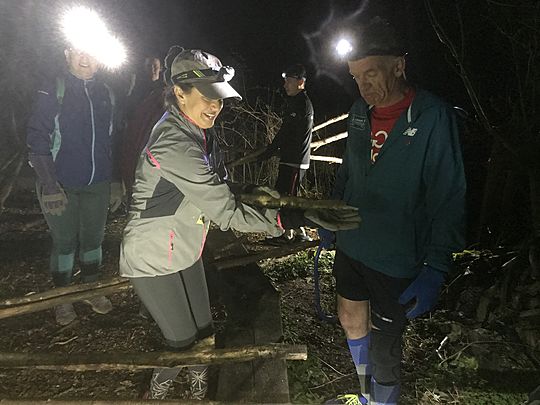 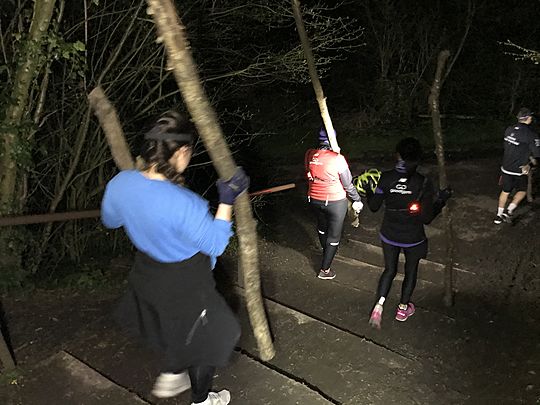 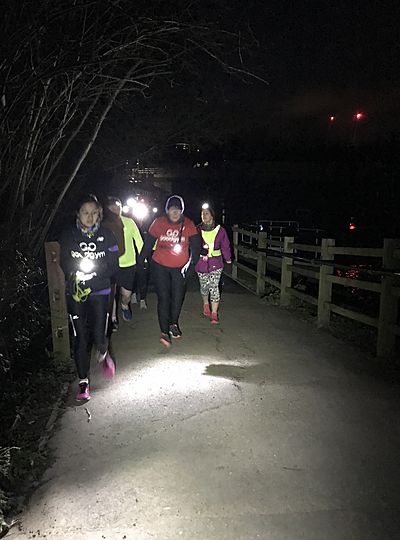 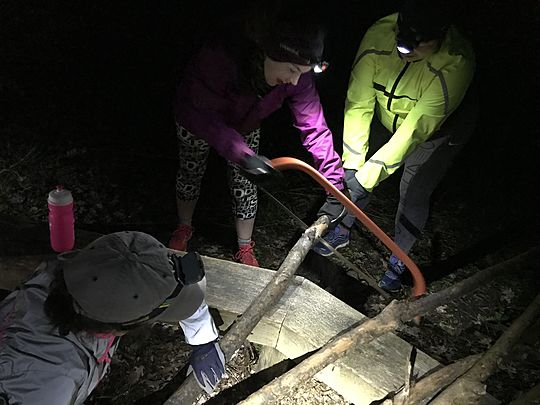 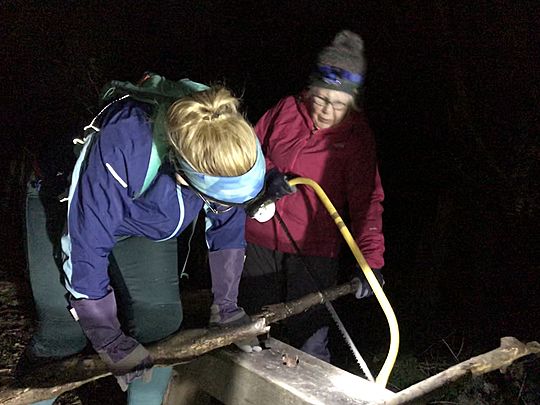 This evening's group run was a real tree-t! We welcomed new runners Joanne, Ana, Anna and Alex, and it was great to have a forest of familiar faces from the last couple of weeks returning, including GoodGym Slough Run Leader Sutyee, and Taskforce members Jen and Sara. Thanks to Jen and her mum Brenda for back-marking and leading our walking group. This month GoodGym are celebrating our wonderful female members, and the good deeds they do, and it was brilliant to see so many women in our group tonight. #EachforEqual

It was a dry evening and there was the tiniest hint of Spring in the air. We warmed up with a few dynamic stretches and running drills outside the Town Hall and then walkers and runners set out together past the library and over the footbridge to the new tow path along York Stream. We then headed South, and crossed over Stafferton Way, continuing along the tow path all the way to the new weir at Green Lane and the Desborough Bowling Club.

If this path seemed unfamiliar, it is not just because it was dark. The path only opened last weekend, and the weir is so new that its opening ceremony is yet to happen. If you are interested in finding out more, head down to the weir and waterway launch event this Saturday from 9am. There will be boat launching, live music, litter picking, wildlife spotting and refreshments. Click here for the full details.

On arrival at the Bowling Club runners looped back to say hi to the walkers until the whole group was back together, giving us the perfect opportunity to sing Happy Birthday to walk leader Jen whilst doing some squats.

By contrast, the second half of this evening's root was a path that is very familiar to the runners of Windsor and Maidenhead: the 'out' bit of Maidenhead Parkrun. Only we were doing it in reverse and in the dark. And when we say dark, we mean very dark... dark enough for us to appreciate looking up at the stars, and to get us wondering which noctural creatures might be watching from the undergrowth and what they would make of the passing red t-shirts, high vis jackets and head-torches.

Our task owner Alistair was unwell so was very sad not to be able to join us, but we were able to find the Nature Centre's two 'woodland classrooms' quite easily and Amy explained the task to the group: carrying old den building poles from one classroom to the other, working in small groups to saw them into 12 inch logs, and putting them in the woodshed. Last year's den building poles become this year's firewood, continuing to fuel children's learning and imagination when they visit on school trips. Whilst planning the task, Alistair explained why camp-fires are an important part of the immersive experience the Nature Centre offers:

Bush-craft is not about pushing ourselves to 'survive' nature, it is about finding ways to be comfortable in nature, to appreciate it and enjoy it. Fire is one of our oldest technologies and is uniquely used by humans in the animal kingdom. There is something primal and powerful about gazing into a camp-fire and connecting with other people around it.

Before we began we checked if there was anyone particularly handy with a saw who would like to demonstrate the technique and it emerged we had a tree surgeon in our midst! Dark horse(chestnut) Rich helped make sure we were choosing the right poles to saw up and gave us a great demo. Everyone pitched in - comparing notes on the best ways to hold a pole steady (using your foot as well was poplar), discussing whether it was advisable to straddle the log, and making sure everyone had got wood. We learned that 12 inches is longer for some than for others and Sara explained that it was all about getting the angle right and getting into the groove.

As arms started to feel saw, we got into the camp-fire spirit and fuelled up on marshmallows. Laura and Allora got busy gathering and stacking the cut logs, and the race was on to see which would disappear first - the old poles or the marshmallows. Amazingly the poles won! We tidied up, celebrated with a quick group photo, and decided it wood be remiss of us not to do a plank. Amy asked everyone to think of a-corny pun for the run report. Most of us were stumped, but Jen summed everything up beautifully: we came, we sawed, we conkered.

Most of us took the same root back to base, but a few runners branched off to get in some extra miles. During our stretches we incorporated a lovely Pilates exercise called 'The Saw', and then it was time to leaf.

Next week we are running to St Edmund Campion Primary school to spruce up an old garage in their school grounds with a lick of paint. We will also have use of their playground, so expect a fun fitness session! Sign up here.

Wow, saw many puns! Well done Amy, thanks for a fun evening! Sorry I won’t be able to make next week, it sounds really good! Xx

Have a fabulous holiday Sophie xx

Great report once again Amy. Really enjoyed last night, although my back is really saw! ;) Won't be around next week, but will be back the following week. :)

Amy Lovell
Area Activator for Windsor and Maidenhead. Loves running & Pilates and runs to escape from her hoards of small children.