How do you provide support for a garden in an emergency? With First Spade

4 runners ran to help the Front garden at John Grooms Court in Norwich. 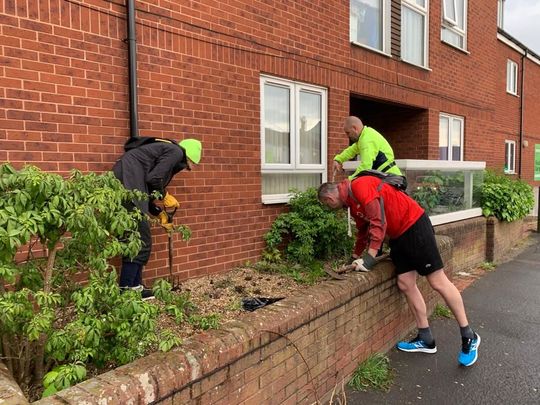 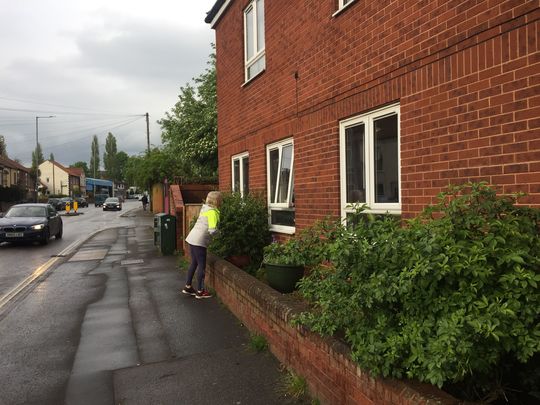 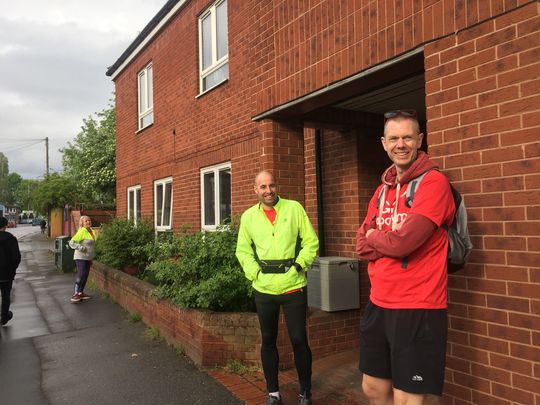 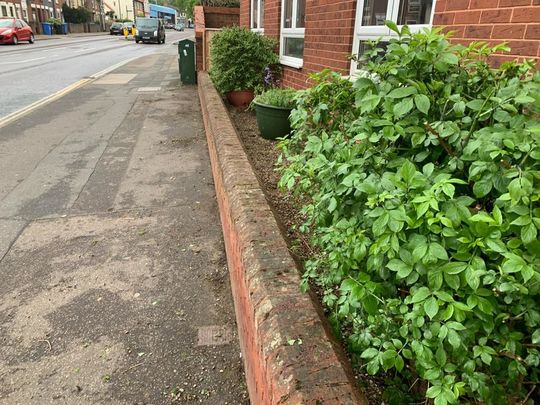 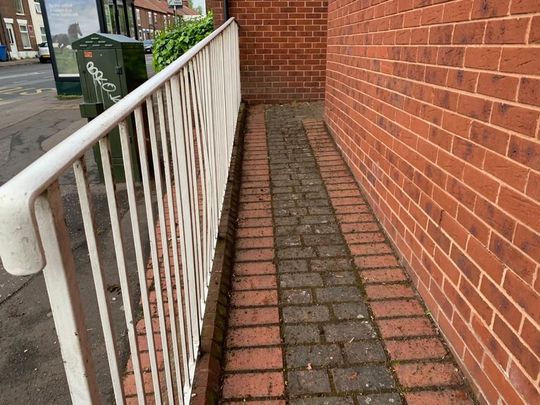 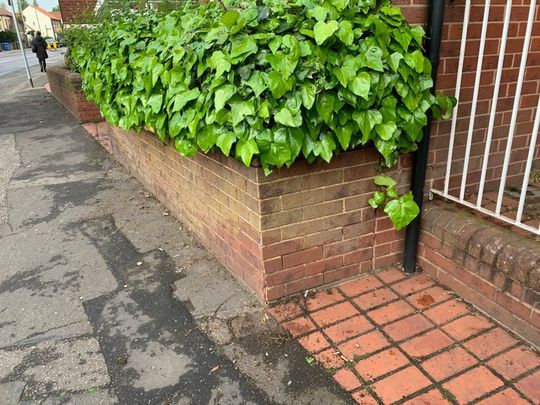 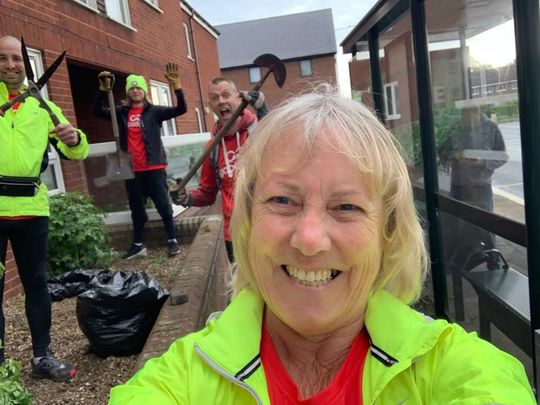 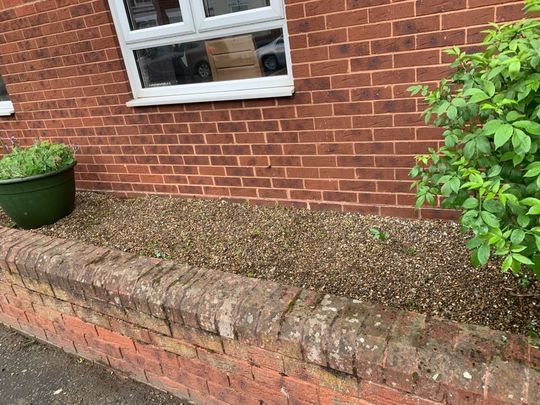 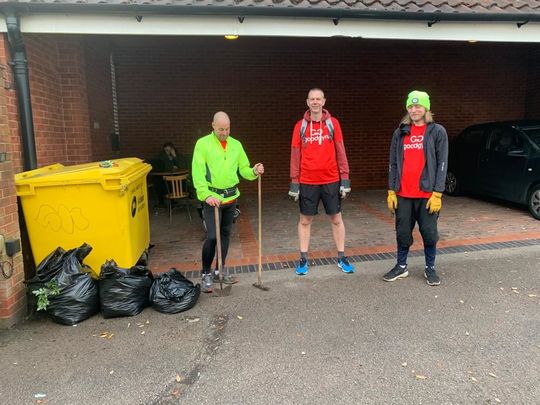 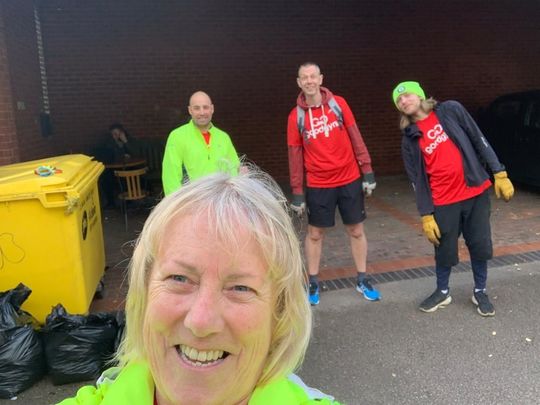 Arriving early for the task were Elizabeth and Stephen shortly followed by Jonathan and Mark. All four were eager to start work, and with no organiser in sight it was looking as if the task was not even going to go ahead. That was until Mark pointed out it had no even hit 6pm yet, so perhaps a bit more time was needed.

With staff and residents wondering why four excited people in high vis and red t-shirts were pacing up and down smiling in to the care home windows, a care worker eventually opened the window to have a chat with Elizabeth to find out what was going on. Shortly after we were met with two further staff at the main entrance, with one lady walking us to the back of the building to give us our brief (basically to tidy up the front garden area how we felt fit) and collect our tools which were ready and waiting.

With shears, bin bags, a spade, forks, and a rake the team got to work, trimming bushes, picking up litter, de-weeding the gravel and raking the gravel (or making a zen garden as Stephen mentioned!).

With the time approaching 6:50pm and Elizabeth still hard at work, Mark, Jonathan and Stephen started to wind down after lots of raking and cutting. That was until Elizabeth noticed that a ramp area with lots of weeds had been completely missed. So without a broom and only shovels and large metal tools to remove the weeds on the pavement, the team did their best to tidy the area and not make it sound like a construction site had just begun work outside the care home at seven in the evening.

With the front looking a lot tidier, the team replaced their tools, had a group photo, and headed off in their separate directions after another successful mission.