3 runners ran to help their local community in Hackney. 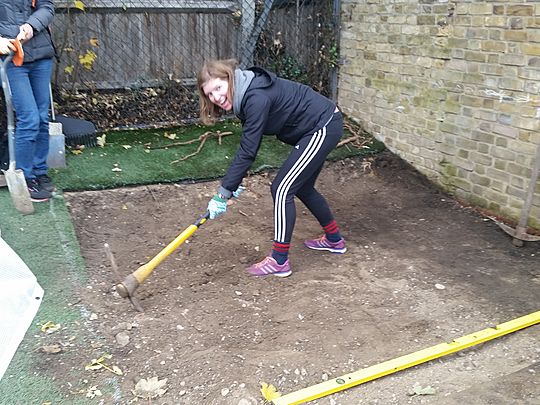 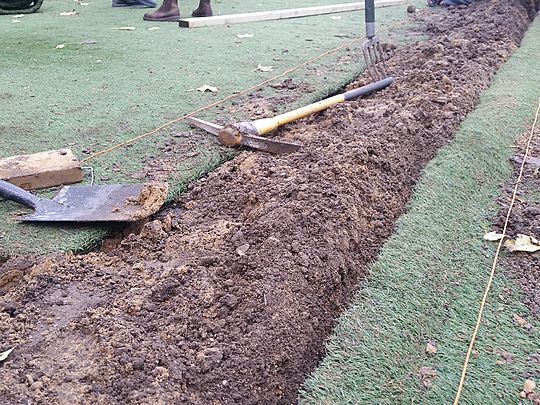 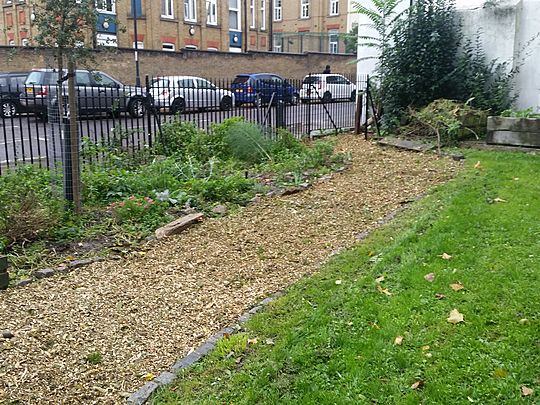 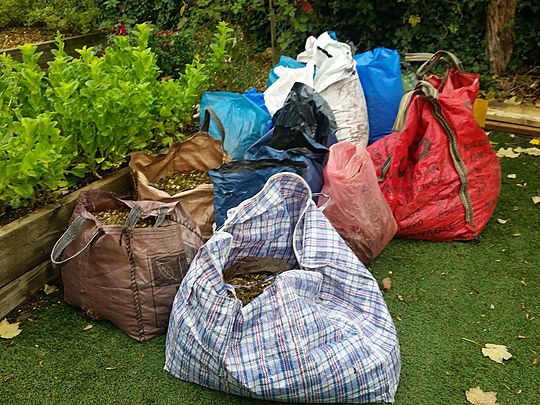 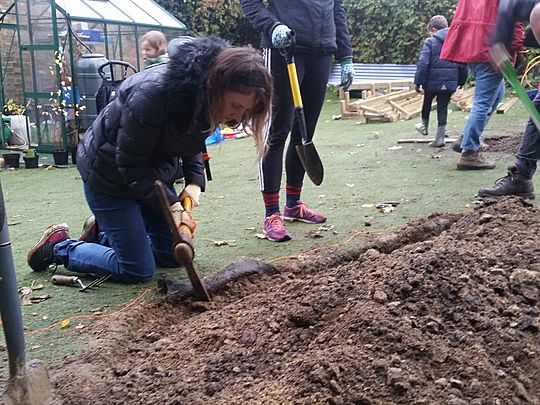 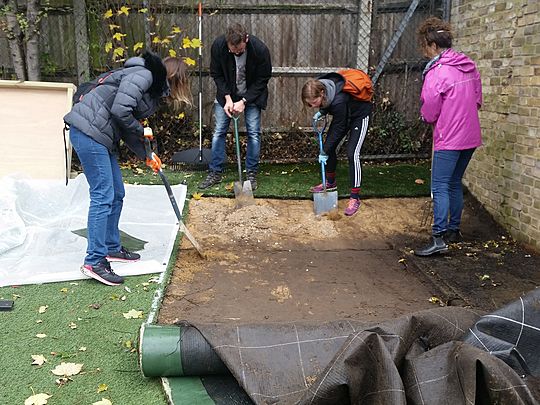 Goodgym received a call for help (actually an email, but a call sounds better, literary freedom & all...) from Gemma, a parent volunteer from a primary school in Hackney. They were looking for people power to help make over their hop garden, making it an even nicer place for the kids to play and at the same time learna bit about plants etc. How could Goodgym ignore such plea?

We couldn't, hence several GG team members braved the autumnal weather and made their way down Daubeney Road to get stuck in alongside a team of parents from the school & teachers & local volunteers, plus lots of kids! A variety of tasks awaited, from cutting back artificial grass to create a bed to bagging & transporting woodchip to leveling a section in preparation for a little shed - something for everyone! After some woodchip shoveling Joanna & Clair(on her second GG session of the day after a Parkrun Takeover got digging to level the corner for the shed, while I assisted Kate, the E5Postcode Gardener getting more woodchip to the nearby Linzell Garden to form a path there. I came back just in time to see Clair demonstrating how to use a pick-axe to loosen the hard ground. More clearing & digging & sorting & re-filling followed, the few drops of rain getting ignored until it was time to pack up.

A little chat with Gemma at the end might lead to more future Goodgym involvement... so watch this space!

P.S.... apologies for only a few pictures, we were too busy doing things... plus a lot of other people there including kids, so we figured it was for the best this way