10 runners ran on a training session in Leicester. 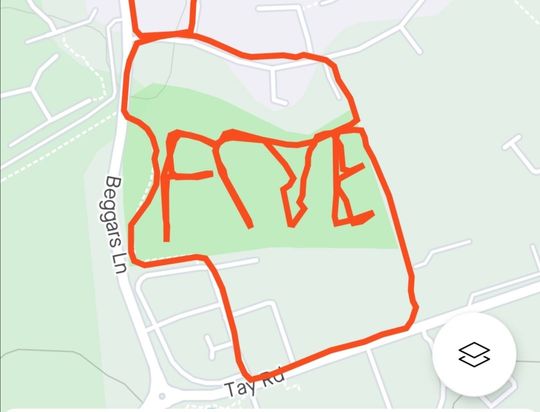 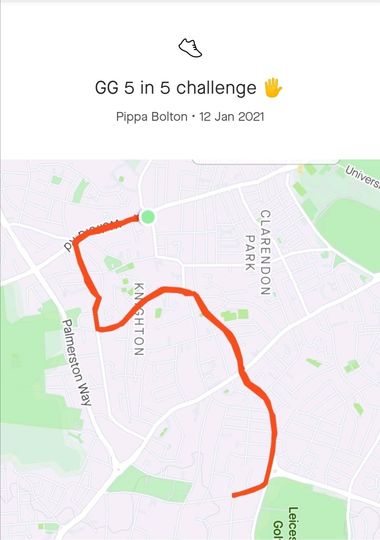 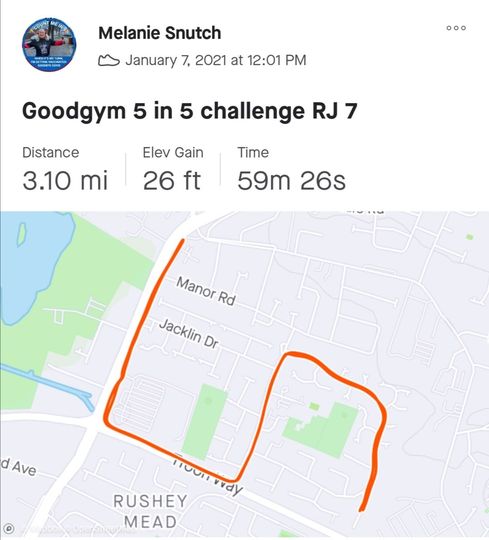 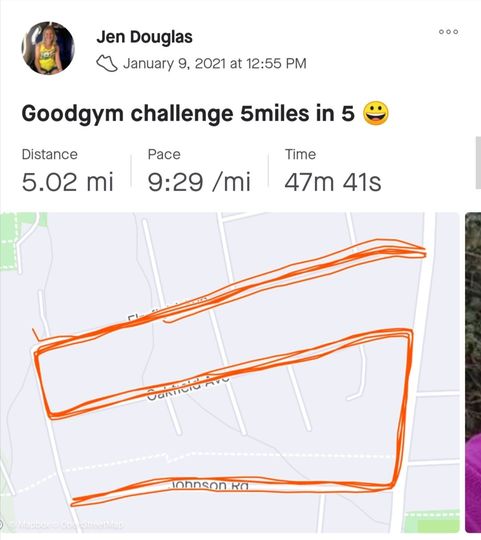 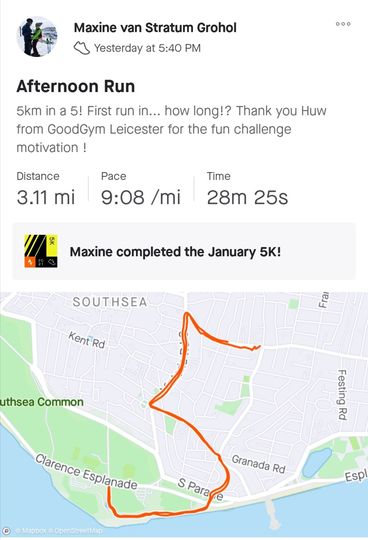 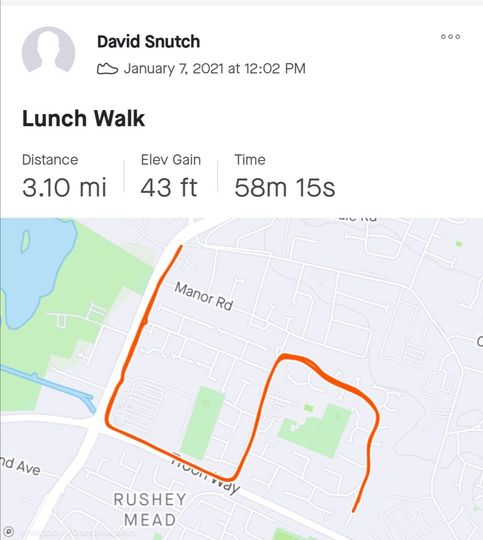 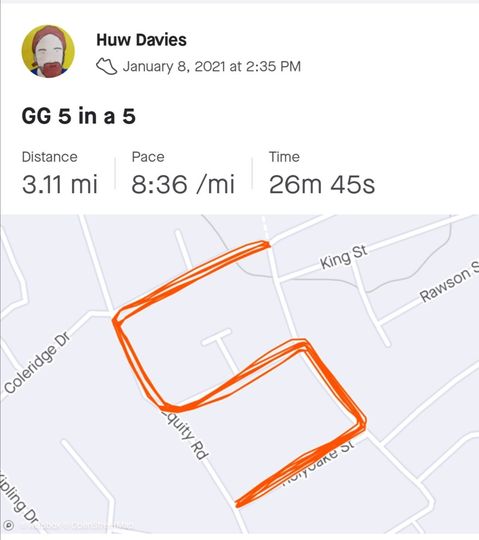 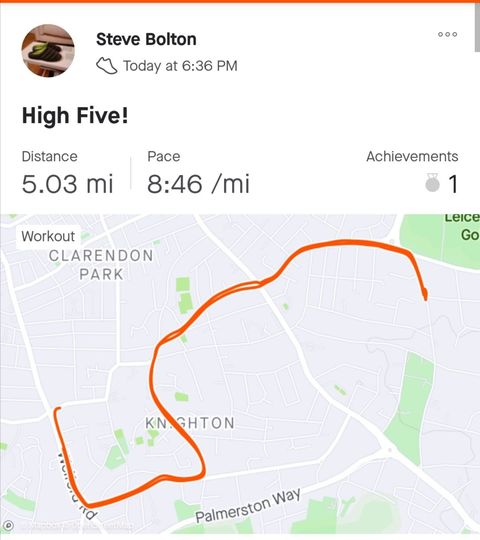 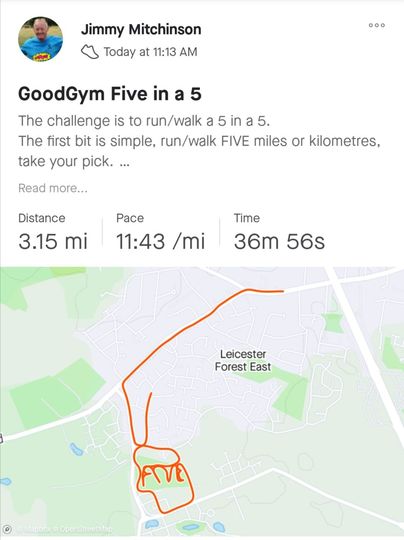 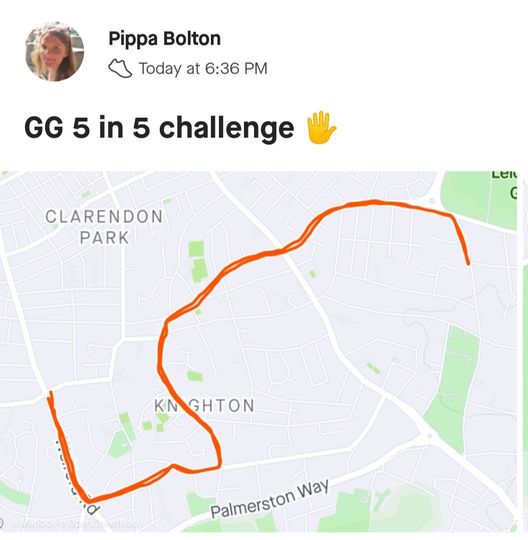 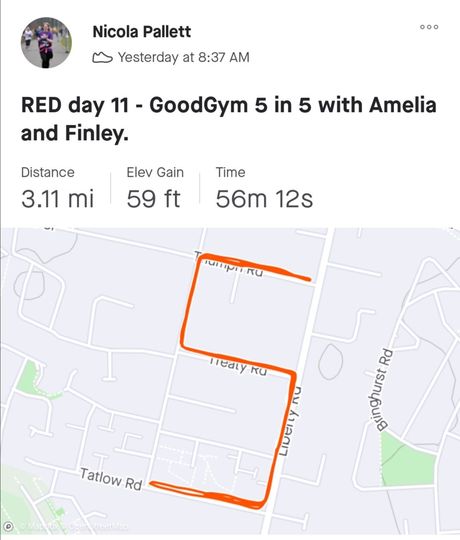 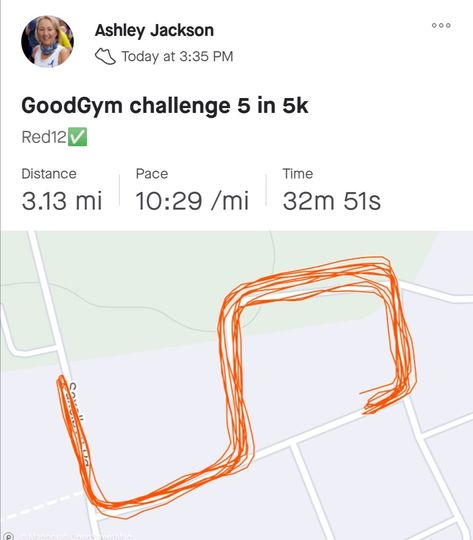 The challenge this week was to run 5 in a 5. Five miles or kilometres in the shape of a 5.

Some superb efforts from everyone well done.

We had some "digital" fives from Nicola and Huw that would look excellent on a scoreboard. Jen's 5 miles was reportedly hilly and punishing and she just missed running it at 5 minutes and 55 seconds per km which would have been a happy accident!

Bravo to Jimmy for having a crack at writing FIVE in letters, fantastic work! Jimmy's was probably the closest along with Nicola's to being "the right way up" on the Strava picture.

Then we move to the more handwritten efforts with running pairs of Mel & Dave and Steve & Pippa (good work from Pippa rotating the picture to get it the right way up) creating straighter lines for the top half followed by a curved lower half. Maxine, joining in from Portsmouth, creating a beautiful shape that feels like if it was written down it would be with a fountain pen!

I found the ones where the out and back sections overlapped perfectly aesthetically pleasing, I literally tried to run on exactly the same line of the pavement for my 7 X 710m sections but Garmin let me down! The little extra right turn on Ashley's at the bottom was good too although Ashley missed a trick as she could have titled the run The Jackson 5 in a 5 for extra credit!

Brilliant work everyone, the judge has decided you all get FIVE points!

Don't forget to sign up for this week's treasure hunt challenge here.