15 runners ran 8.0km to help the Stompie Garden in Southwark. 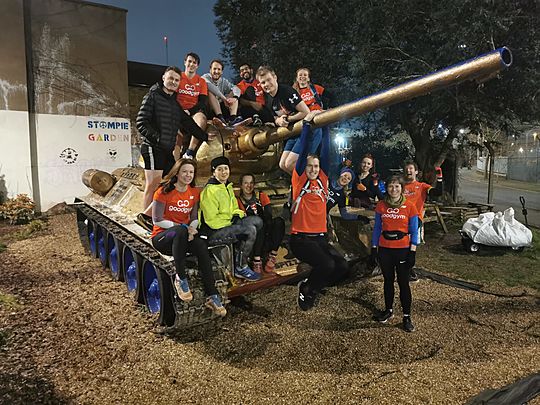 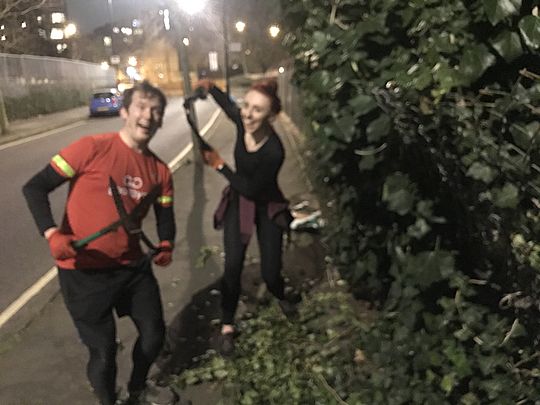 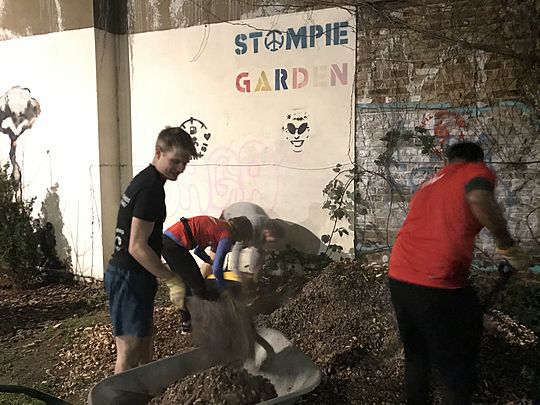 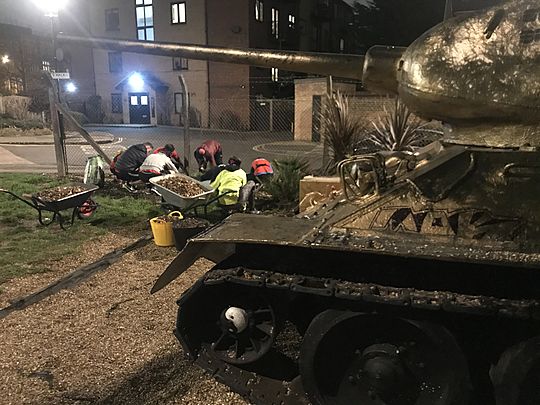 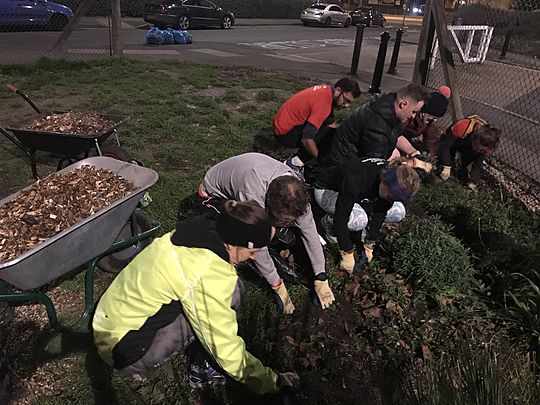 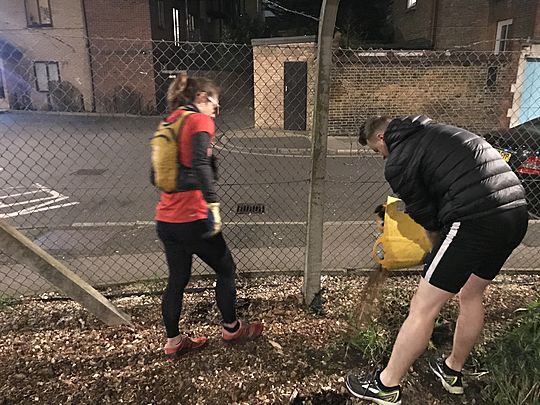 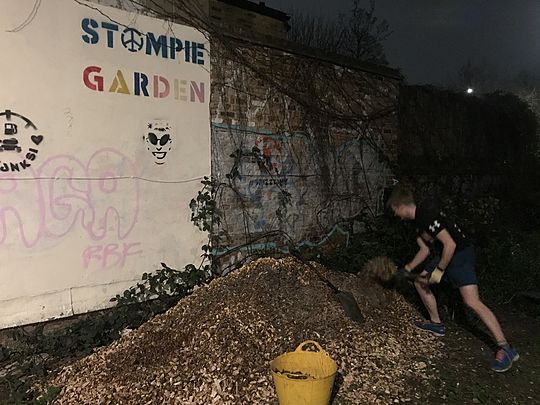 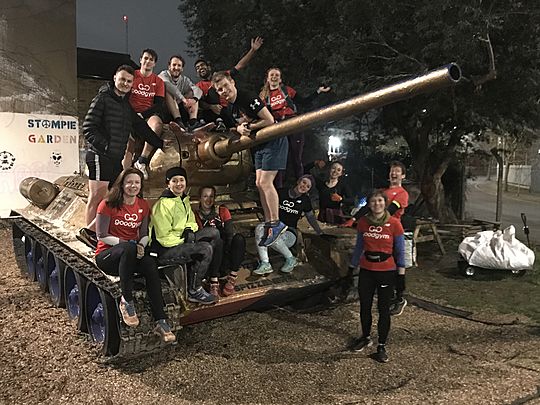 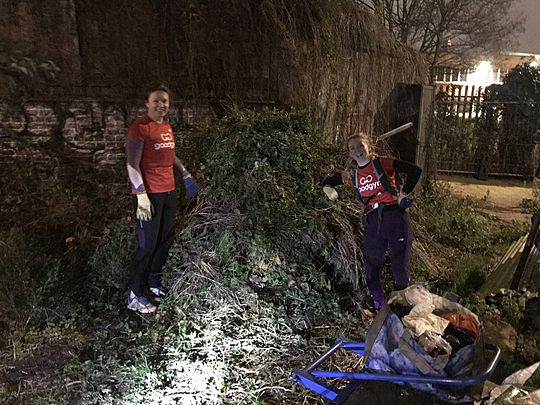 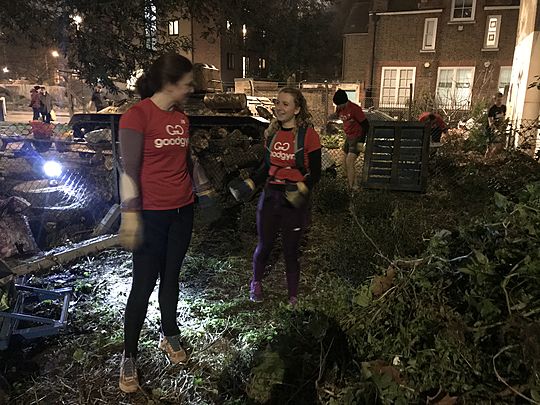 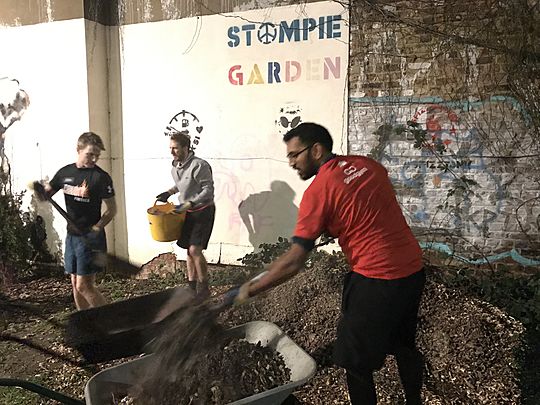 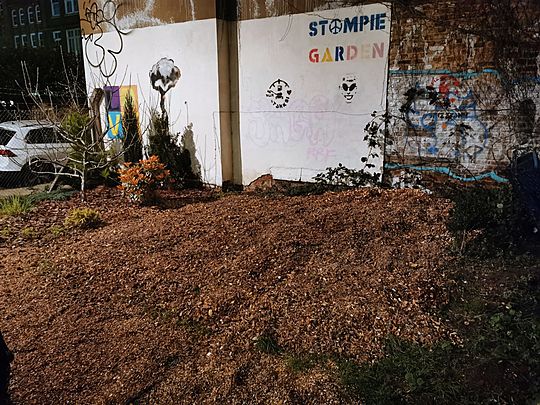 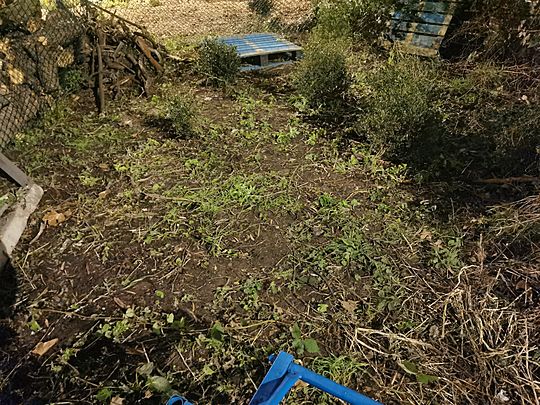 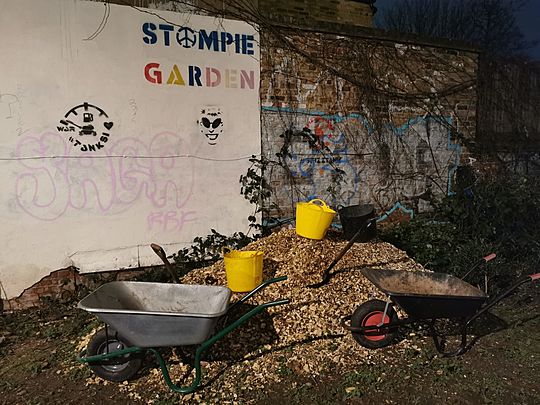 Its Valentines this week, so what better way to celebrate than visiting a Rose garden. Last night 15 runners ran 8km overall to Stompie Gardens in Southwark. This community space has been looked after by the Tabard Growers community group and tonight was our second visit. It is also the home of a decommissioned tank, currently painted in post Xmas gold.

After welcoming Joseph and Victoria into the group, we set off at 7pm sharp setting a good pace on the way out. Avoiding the bikes on the Surrey Canal, with the temperature dropping we opted to keep moving. When we arrived Peter and Anna directed us to our task for the evening - weeding & spreading wood chip. They had a large pile of wood chip donated by the council from old trees, so Civ & George got to work filling up the wheel barrows and buckets. Another group cleared the weeds from the flower beds, and a chain was set up to shovel, carry and then spread the wood chip in the right place. A second group transformed the overgrown perimeter, pulling up the weeds and clearing any litter, while Abi & Dom got to work with some sheers cutting back the outside hedge.

FACT OF THE DAY The love legend of the red rose stemmed from traditional Roman and Greek mythology. Originally, they believed that the red rose was the flower of Aphrodite and Venus.

Keeping to a quick pace, in only 30 mins all the weeds were cleared, litter collected and wood chip generously spread! We even had time to climb the resident tank for a golden group photo! We thanked Peter and Anna for organising the task and arranging all the tools, before heading back in good speed with a short sprint to finish.

Next week we're running 8km in total to our friends at Galleywall Nature Reserve to help cut back some of the winter growth.