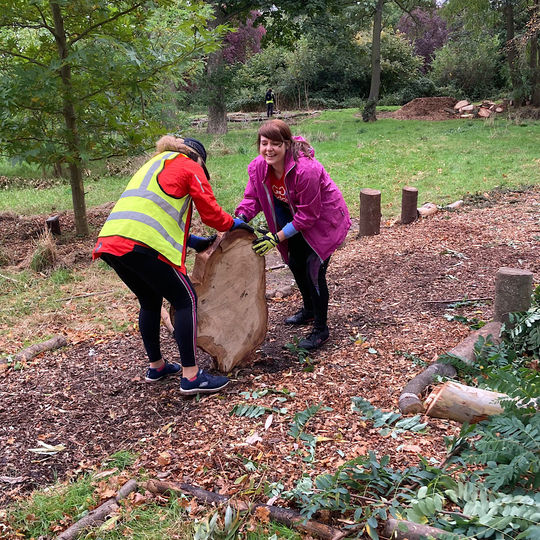 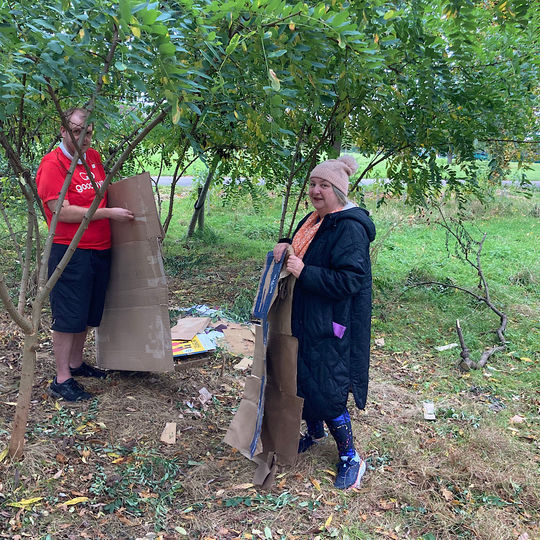 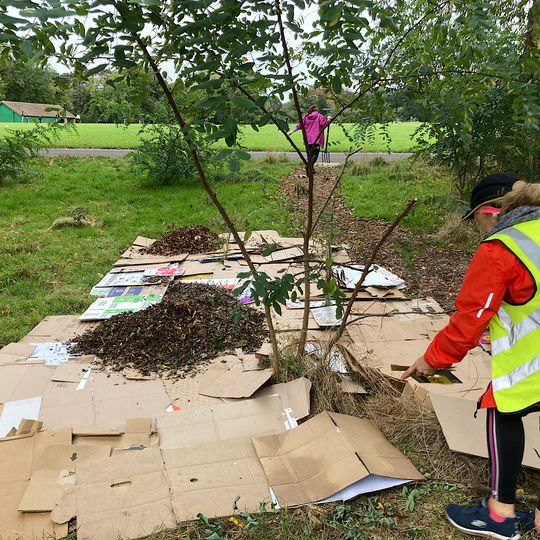 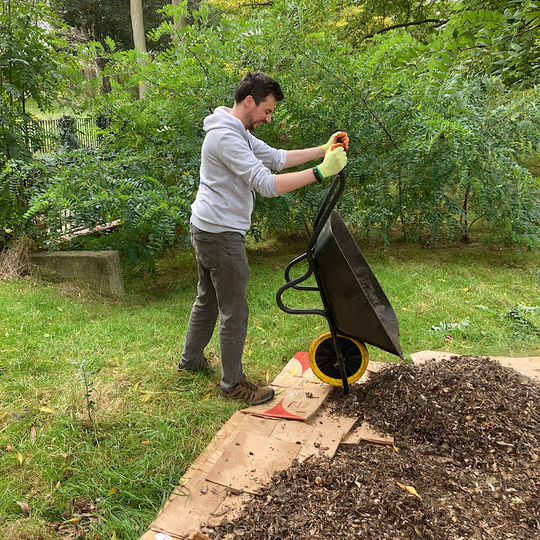 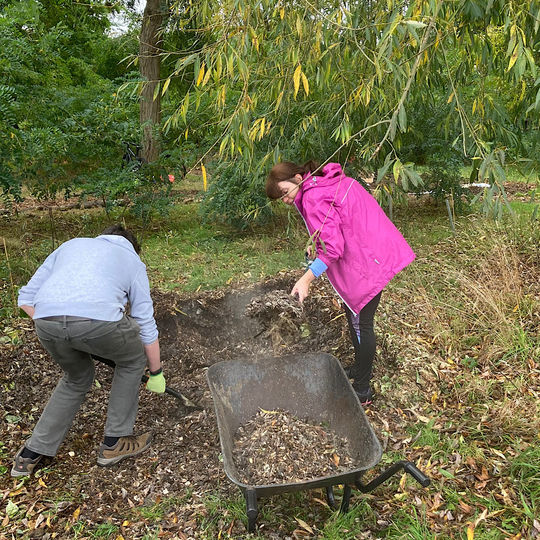 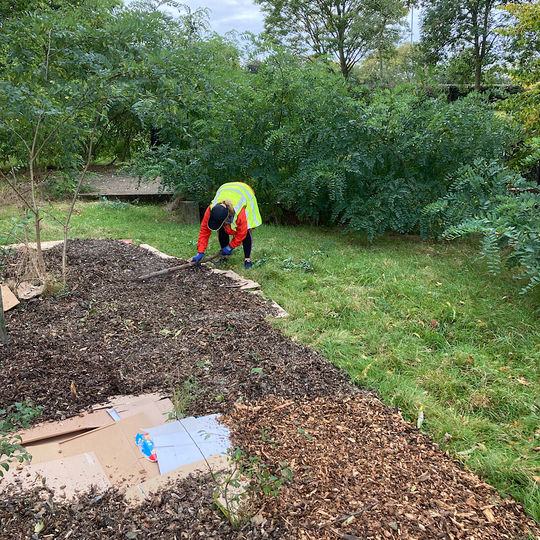 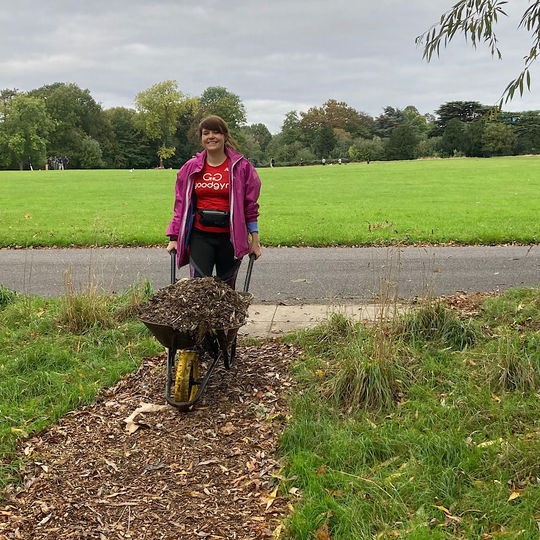 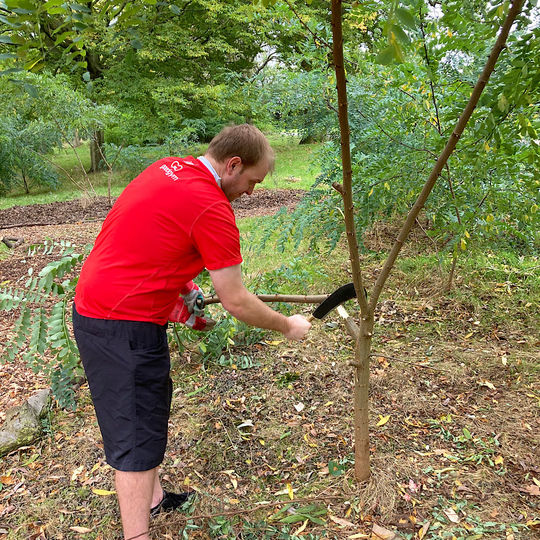 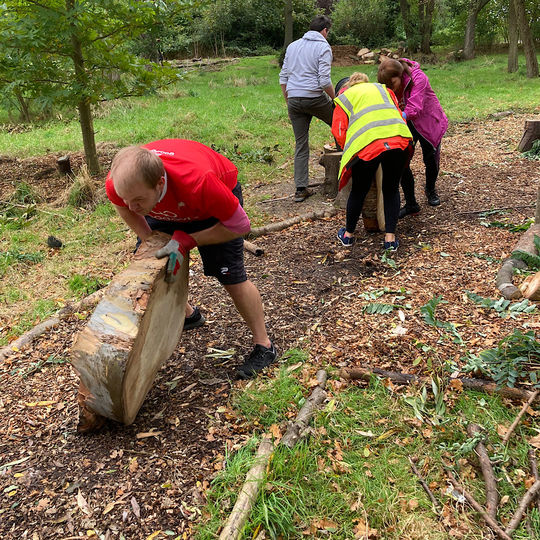 After a brief pit stop to refuel Val had cycled up to meet us and we moved on to the Forest Garden. Jenny and Linda went to retrieve the cardboard fellow GGer PVT had collected for this project from her car whilst James and Val started removing the plastic tape and labels from the cardboard already at the forest. Sharon arrived shortly after to help with this and the subsequent laying down of the cardboard. We were then joined by Jenny's partner and new GG member Padraig, he and Jenny were given the strenuous task of shifting wood chip onto the cardboard to serve as weed sheet. While Val and Linda spread the wood chip evenly, Sharon and James moved on to help weave a wall for the insect sanctuary between the tree stumps. James was then given a machete to cut some more branches for weaving, a job which he took on with much enthusiasm...maybe a little too much enthusiasm 😂

Rakesh the task owner arrived and asked Jenny, Padraig, James and Val to move some rather large slices of tree which are to be to be assembled into a seating area. This was clearly heavy work but being the GG troupers that they are they didn't complain and even went on to do another task at the local food bank who had put out a last minute cry for help. Sharon and Linda stayed on to finish up with the weaving.

Sending out a huge welcome to Padraig on behalf of Good Gym Redbridge, he wasted no time in getting stuck in with the rest of the gang and even went on to do the double. 🙌