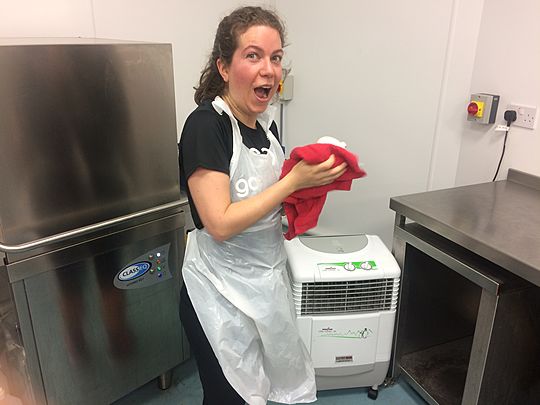 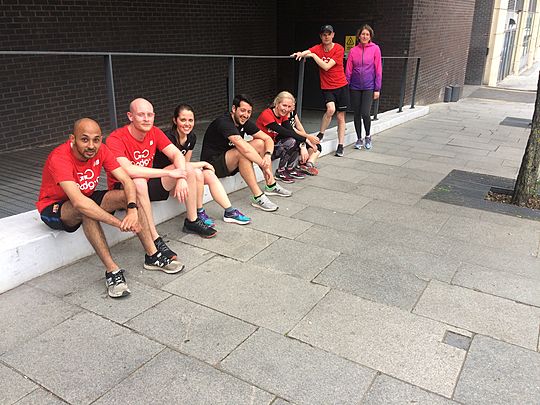 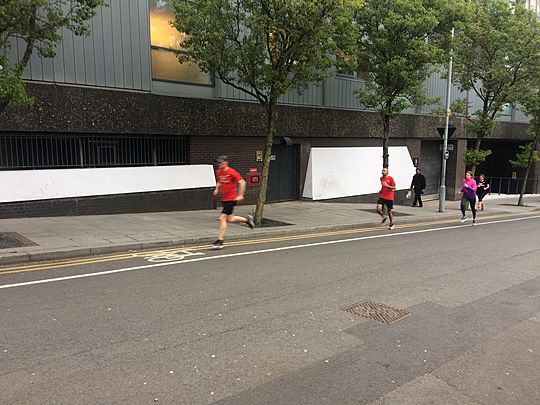 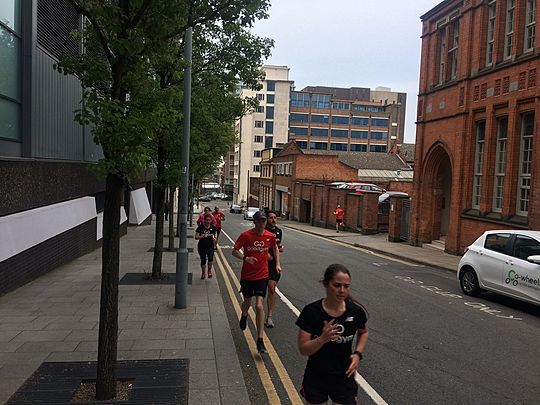 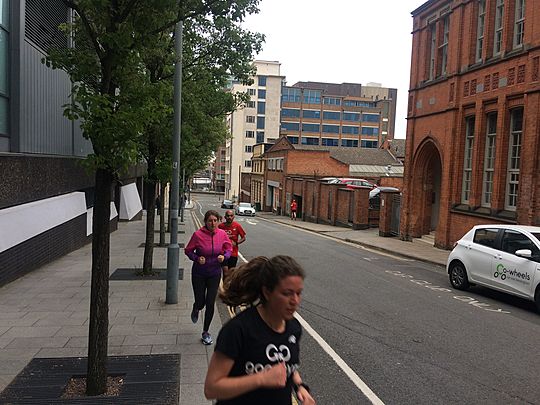 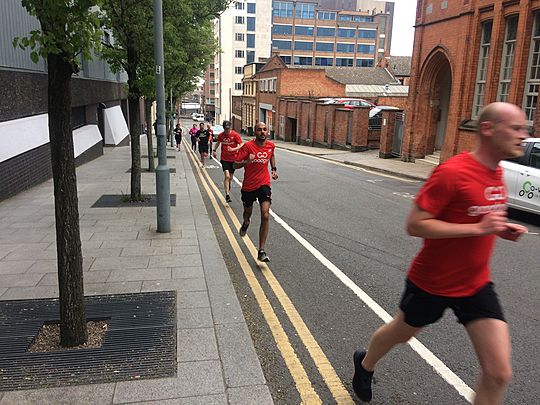 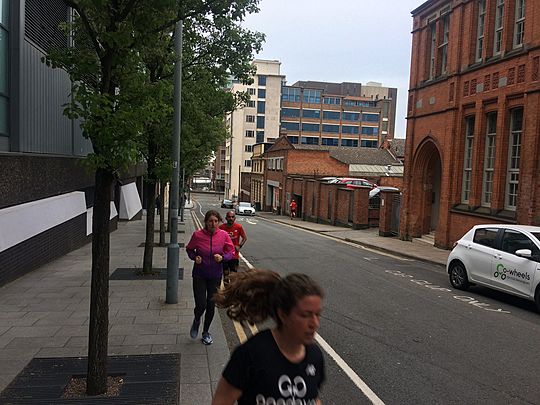 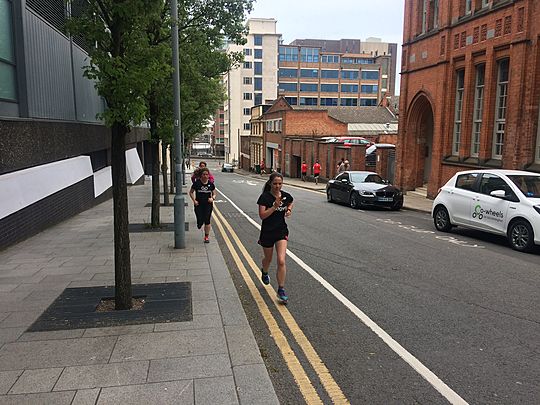 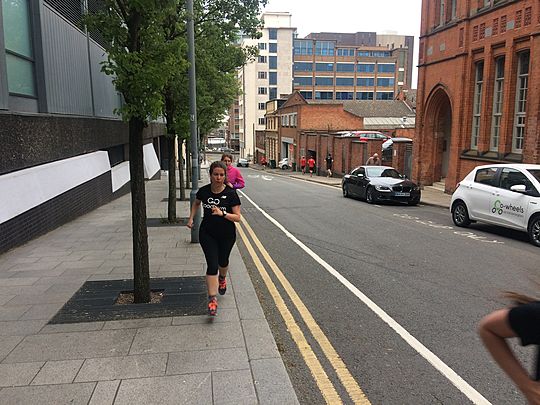 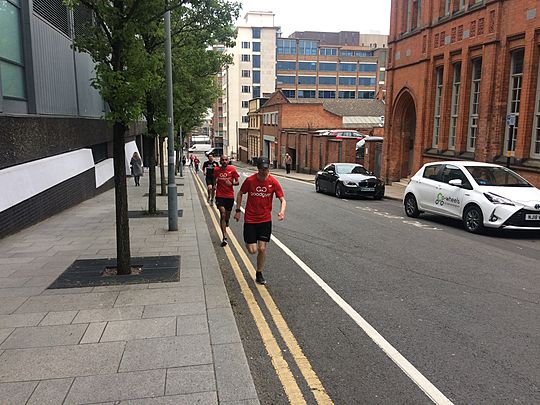 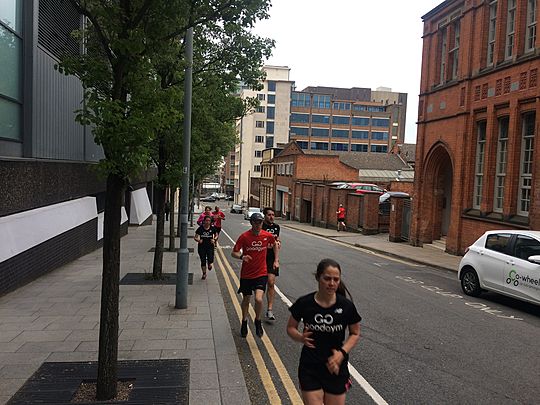 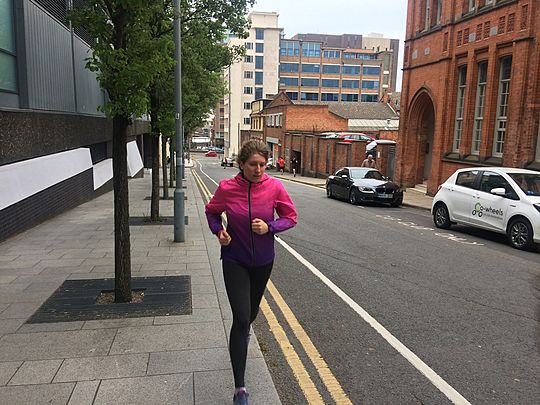 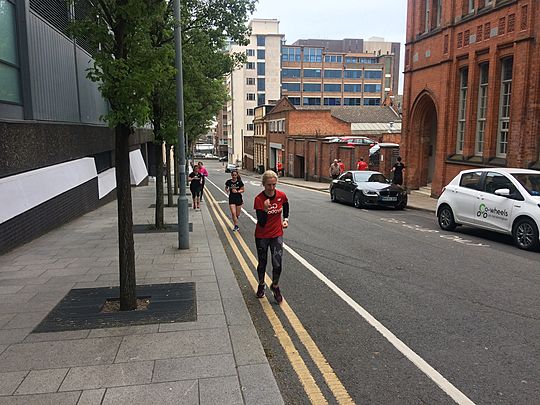 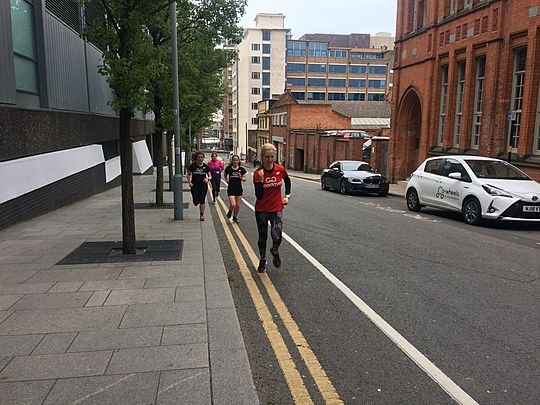 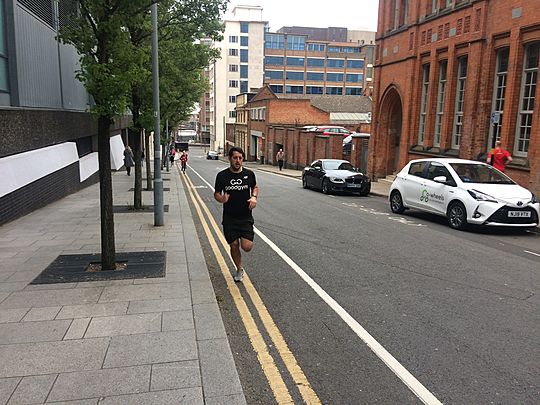 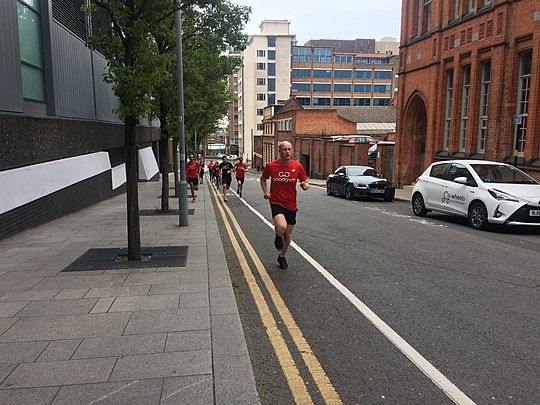 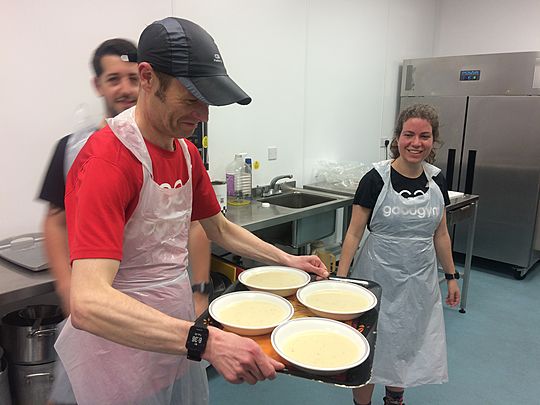 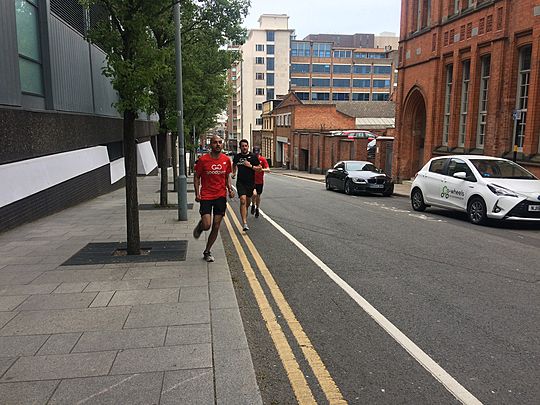 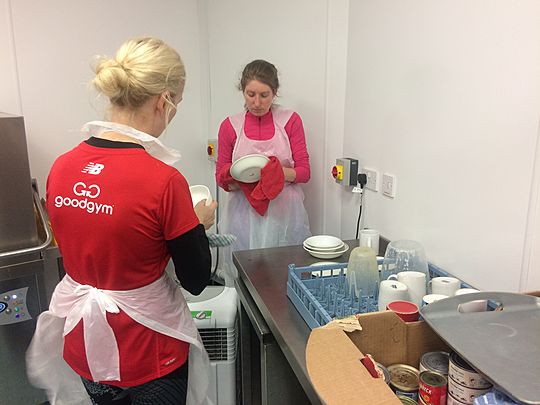 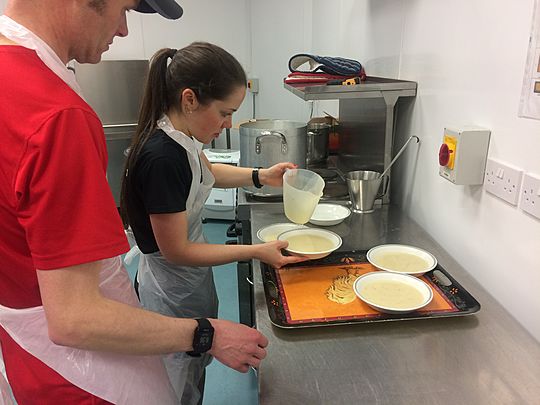 On a perfect night for Running we had nine runners raring to go. Our Mission was to run to the Mission, Brum Mission in fact.

Once at our task destination, the group were split into two groups. One group were serving and the other group were in the kitchen plating up the food and helping dry up.

Once done it was hill time! Kenyan hills tonight, running hard up but also hard back down. The task was two sets of four minute efforts with a one minute rest in between the sets.

Aaron launched his way to the front with Balal preparing for the Stratford Marathon on Sunday not far behind. Fiona showed some great strength and Laura demonstrated a perfect arm action. Tatyana put in some awesome work on her first hill session. Once the first set was done the second set got very tough, but I made it even tougher by adding an extra minute and only telling them with what the group thought was ten seconds to go! It wasn’t my most popular decision, but anyway it inspired this weeks pun! Despite the groups collective groans for the extra minute, they still put everything into it and deserved their little sit down on the wall after (see picture).

It was now time for the steady run back, with Aaron front marking and Rob back marking. Once back that was around 7k completed, top work everyone!