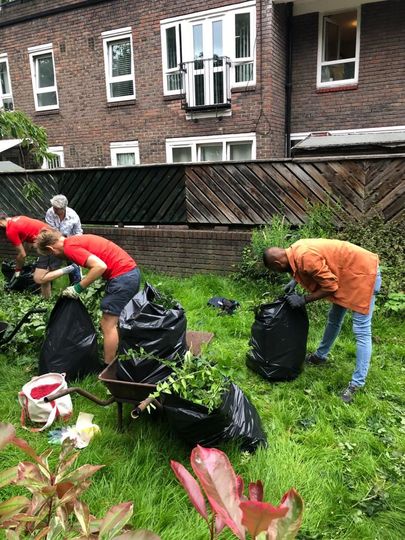 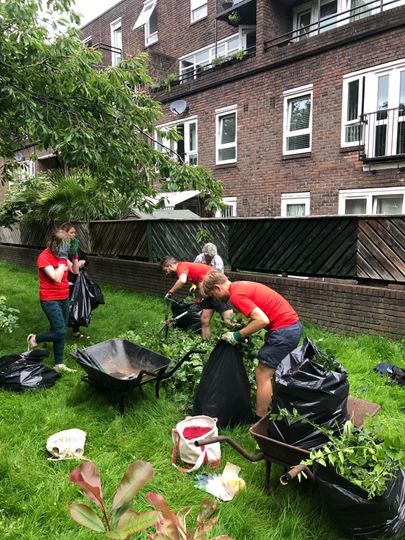 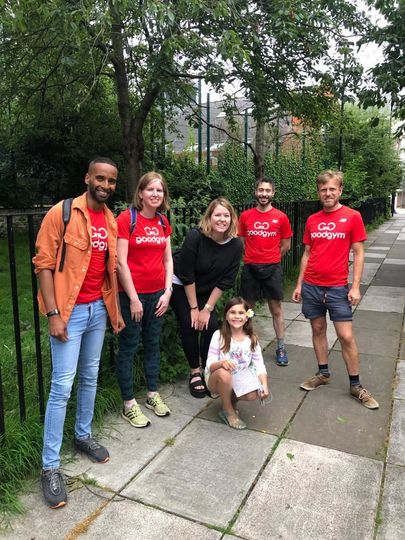 All six runners turned up, popped their protective gloves on and got to work pruning and trimming many an overgrown bush in Patriot Square. The task seemed pretty daunting especially as “wild”, “jungle” and “overgrown” had been banded about, but with Clair, Simon, Even, Stephen, Emma and Jessica poised and ready with secateurs it was soon whipped into shape and looking much tidier than before.

Margaret seemed impressed by the speed and overall enthusiasm displayed by each and every GoodGymmer.

Having finished the mission, we headed to Stephen’s balcony to join Cleopatra and Sherlock for crisps, hummus, Tangfastics and Prosecco. We all seemed to agree that heading to the Town Hall hotel for breakfast or a Michelin starred meal is a must.

Special shout out to Ivy who joined following her 7k run with Achilles International.

Thanks to everyone who joined and put in such a great effort.