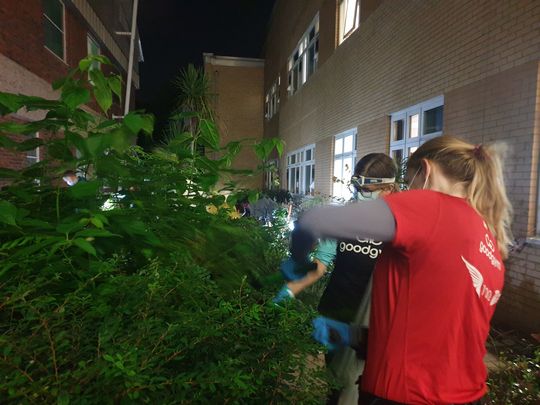 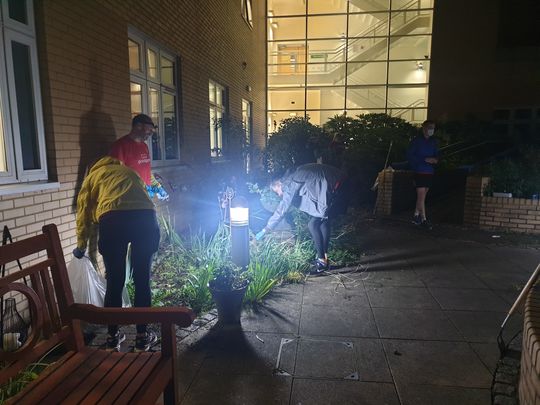 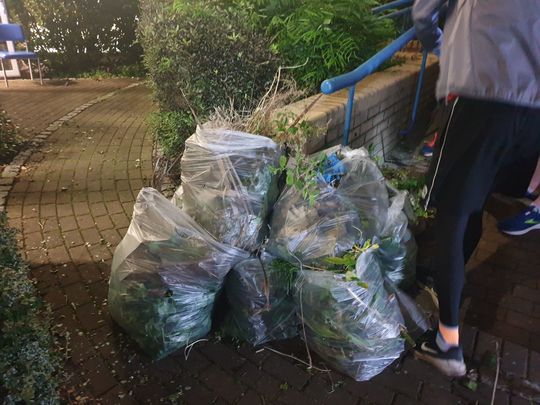 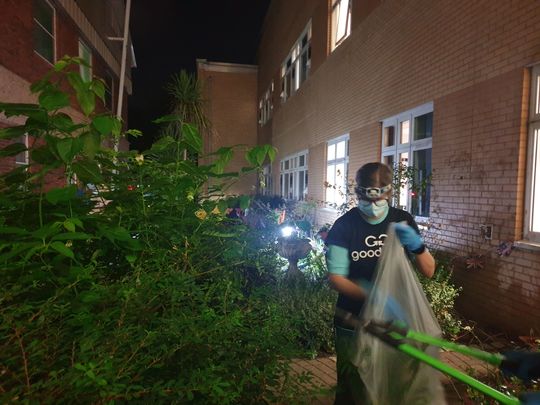 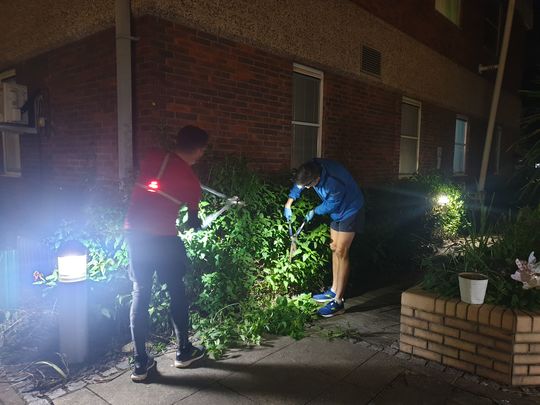 Decent little clan of us yesterday on another balmy October evening. A sizeable run ahead of us, we did some looseners then went into the RWQ "What was the highlight of your weekend?" As always a superb range of different activities: Autumnal walks in Epping Forest, smashing pumpkins, performing at a long waited gig, a fiftieth b'day party shenanigans, brick pointing at Cody Dock, a delicious chicken pie, time with the wife, a satisfying bike ride and East is East at the National Theatre. Reckon I'll recycle that question, easier to answer than some of our other questions, handy to have up the sleeve.

Once at Newham Hospital we got to chopping, weeding, pruning, sweeping and bagging. There was some light directions given, but the gist was understood - give the gaff a haircut - and that's what we did. I counted eight bags in the zone I was in, I know the other guys did a thorough and transformative job in their patch. Think the gardens had been neglected since the pandemic, hence the overgrowth. I bet they'll be very appreciative of our efforts, hopefully it will be used even more now as a result.

It being Social Night (last Wednesday of the month) - we nestled into the PrintHouse, getting some pizza calories in, plus well-earned isotonic drinks. Was a great night and good to bed the routine firmly back into the diary.

Need to organise the next few weeks, had a couple of hopeful tasks, that haven't materialised, but will list a bunch of sessions tomorrow, apologies.

Right that's all from me, check the parkrun chat on the whatsapp group, there's a team going,...and have a great weekend.