Can you tell what it ice yet?

4 runners ran 11.9km on a training session in York. 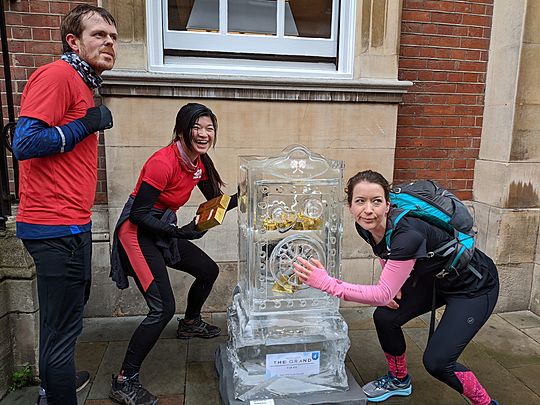 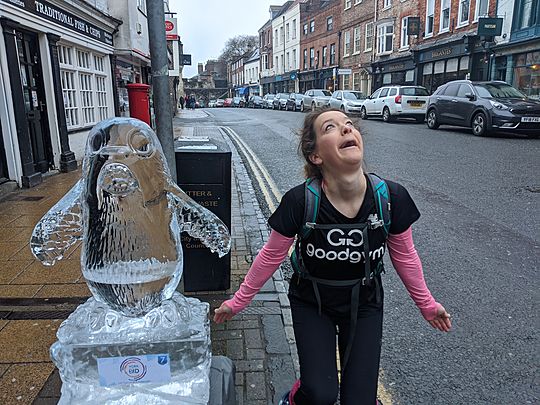 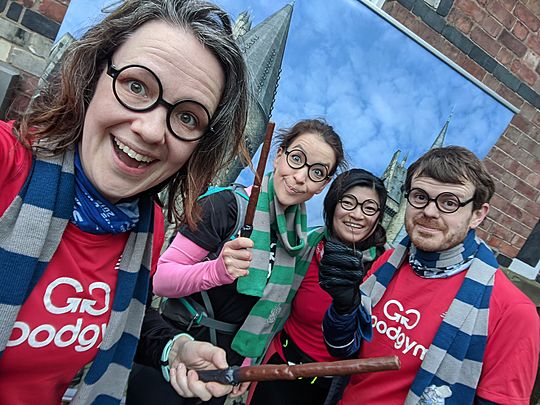 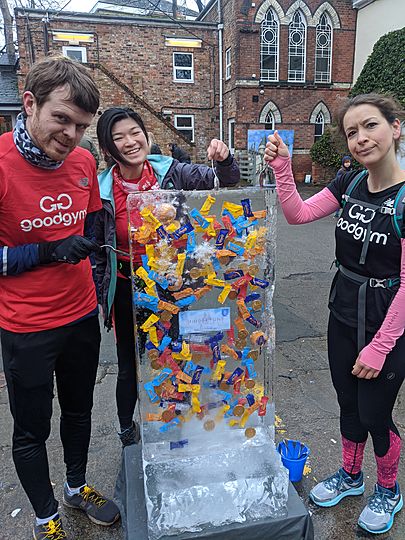 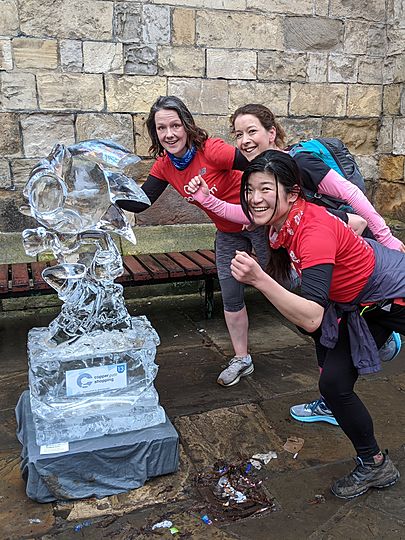 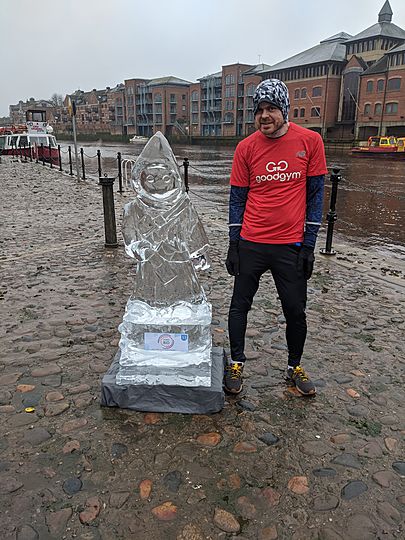 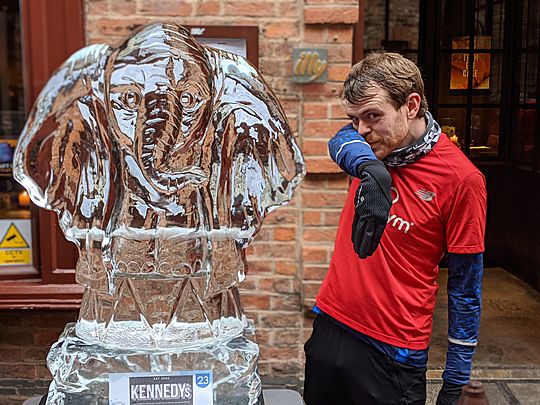 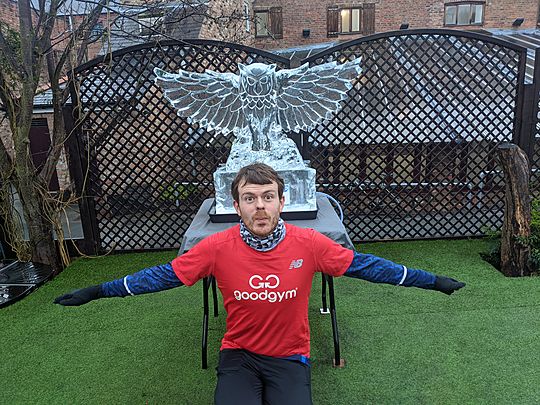 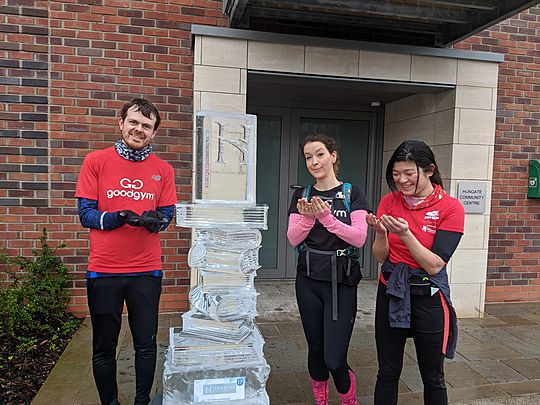 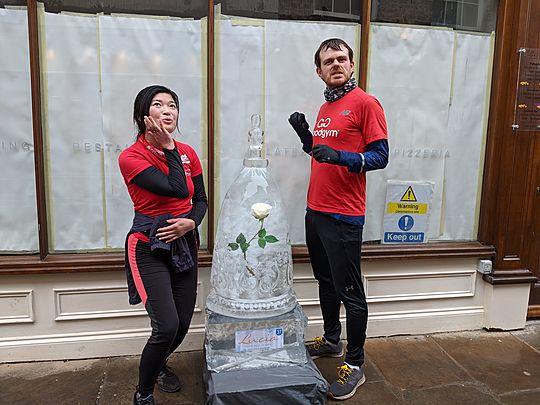 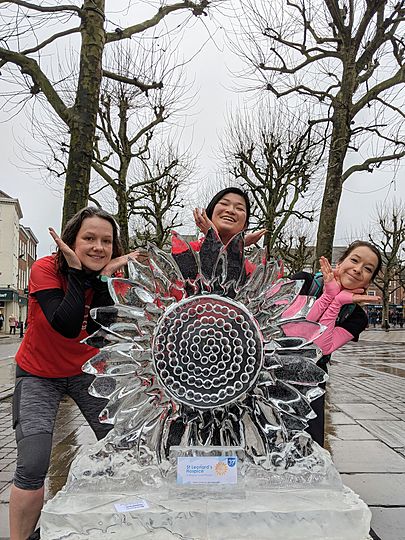 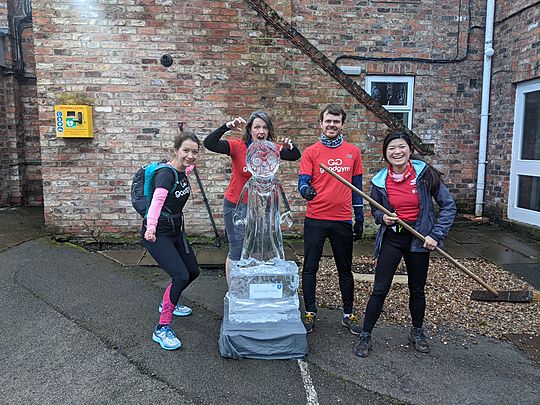 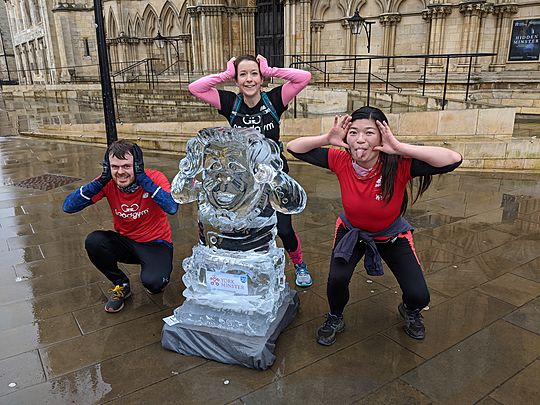 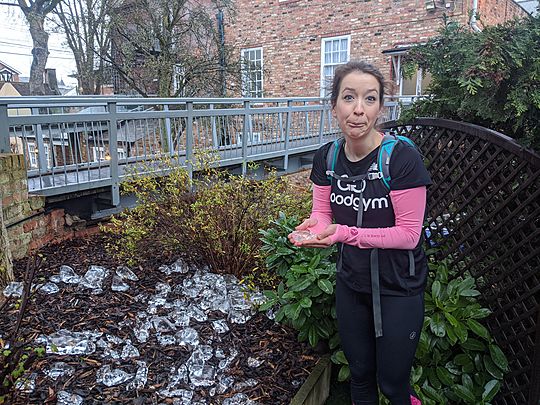 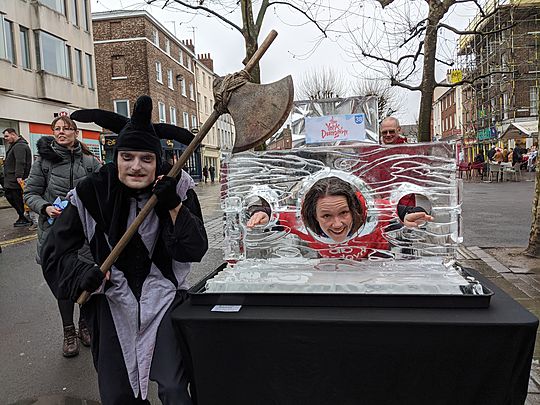 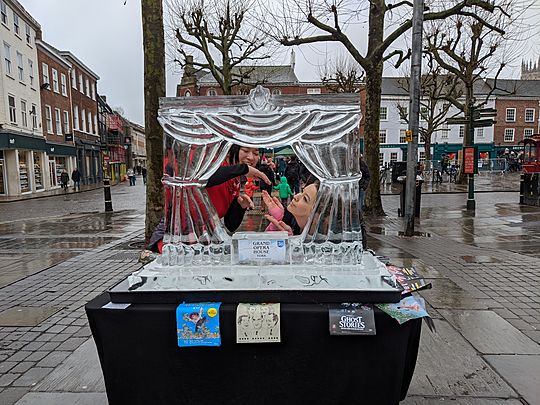 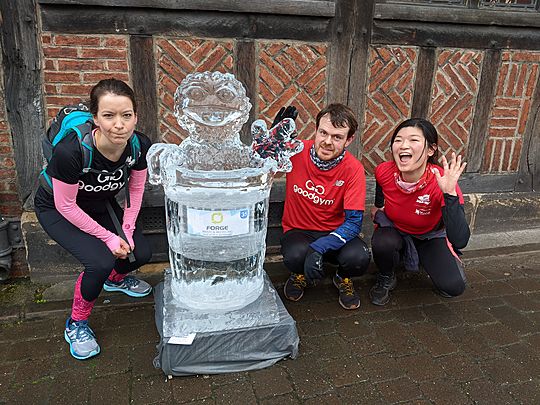 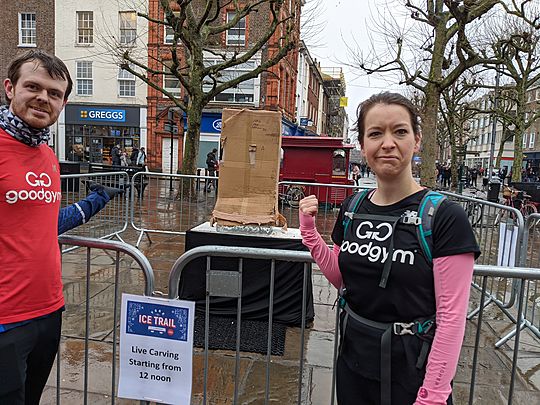 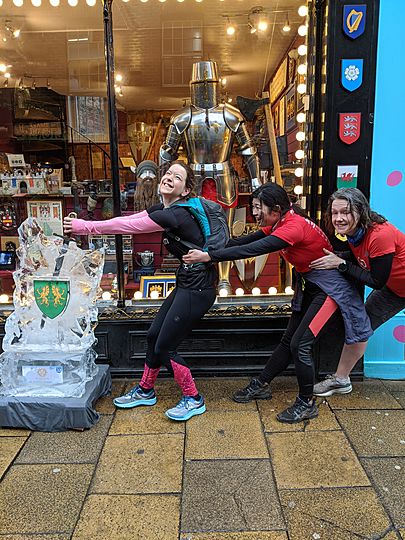 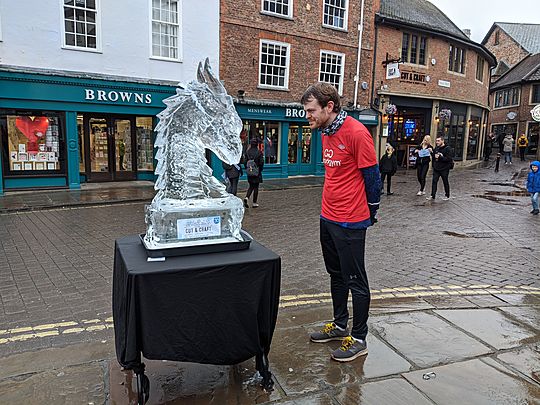 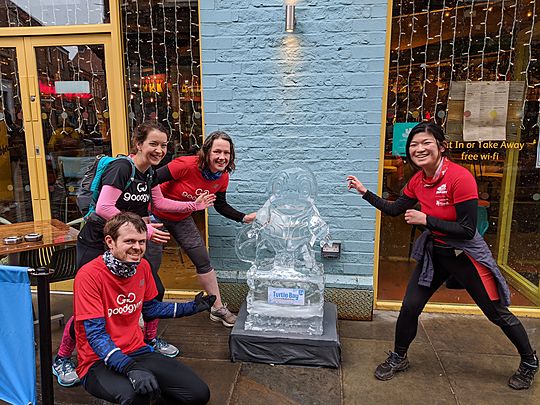 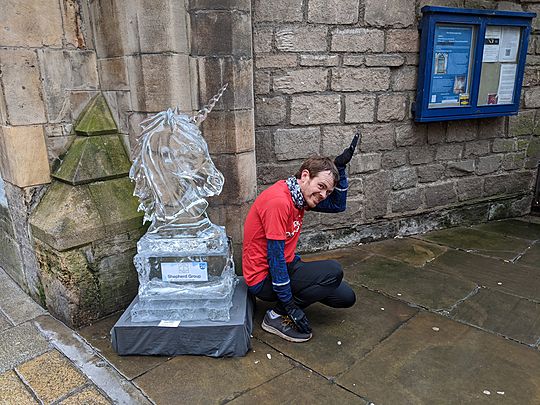 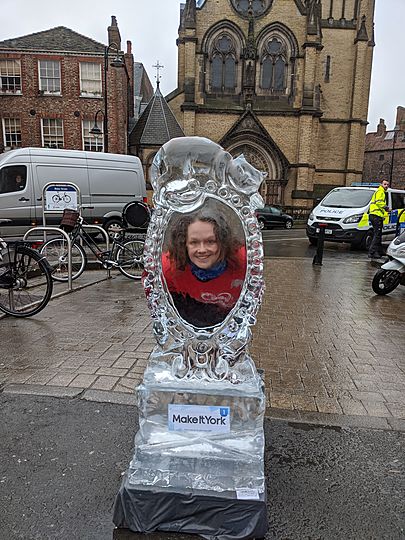 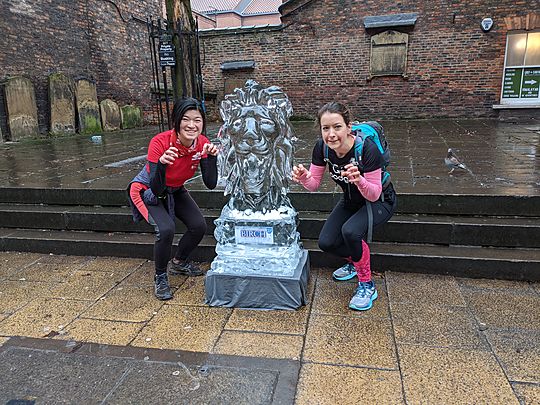 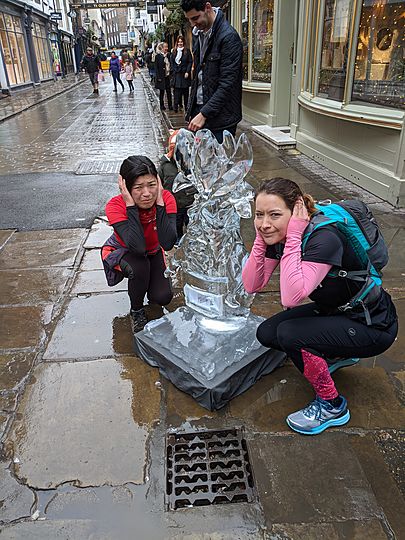 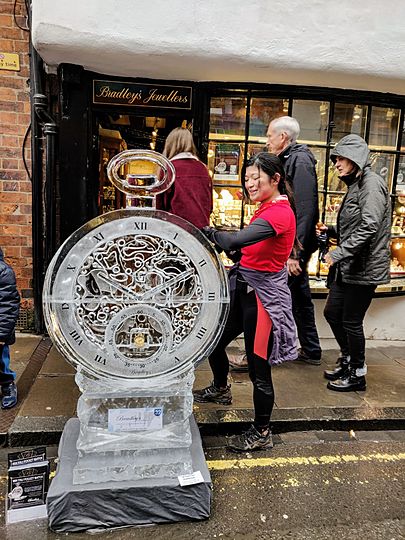 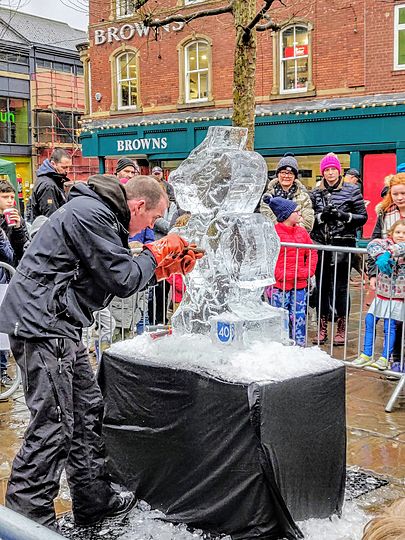 (We were a bit lighter on runners than expected, which was almost certainly a consequence of Egg's well lubricated leaving do the night before.)

We set off from Micklegate and raced some children to our first sculpture of the day.

is it a penguin? (Louise)

Luckily Paul Kelly was on hand to mansplain what all of the Star Wars sculptures were - this one was a Porg.

The next stop was a triple whammy of Harry Potter themed ice sculptures, complete with dressing up basket which we got stuck into straight away. PK even got to show us his most excellent impression of an owl.

As we discovered each new sculpture, we took it in turns to make a suitable pose for the photo album. With lots of families clamouring around , we often needed to queue for a bit and then and get in and out for the photo in double quick time. Soon cries of "go! go! go!" could be heard all over the city centre.

We got a bit lost around Hungate, so it was a relief when the stack of books carved from ice appeared around a corner.

38/40 sculptures later, we ended back at Micklegate. We'd missed just one sculpture on Low Petergate- which was a particularly dense area for sculpture sightings, and the 40th was just a cardboard covered ice block when we ran past. That was due to be carved live at midday. Louise and Katie ran back to collect photos with those ones while Paul Kelly and I had to run home, or risk being late for afternoon plans.

At the end of the run we all agreed that we'd definitely done our exercise for the day, whilst having an really (n)ice time. It was a shame that the hangover gang missed out!

Paul Kelly's Owl impression is second to none 😂.

Tom, I need you on my pun writing team!

Paul Kelly's elephant and unicorn are my favourite!!