13 runners ran 9.0km to help the Friends of Priory Park in Haringey. 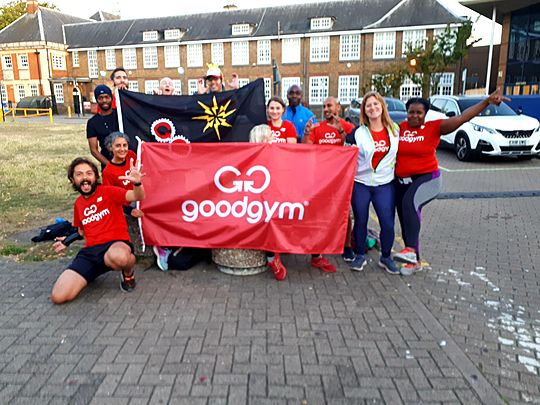 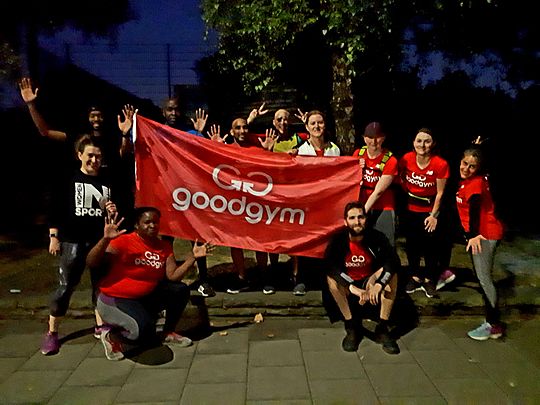 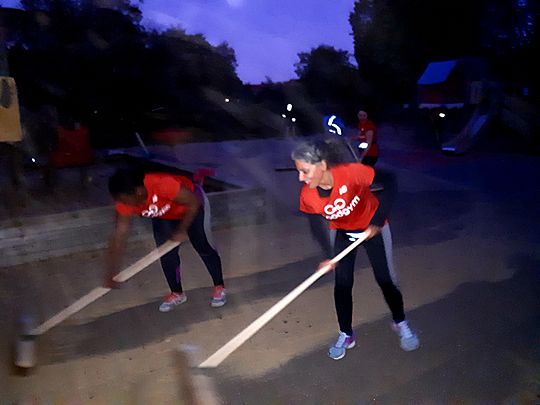 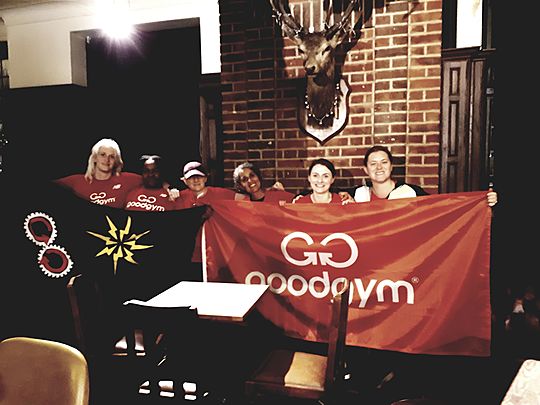 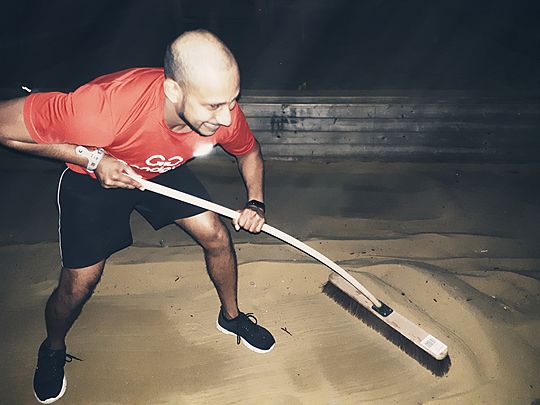 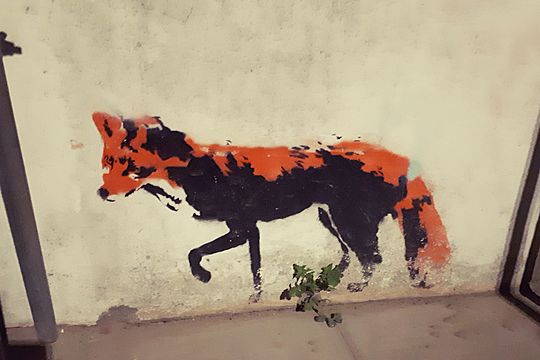 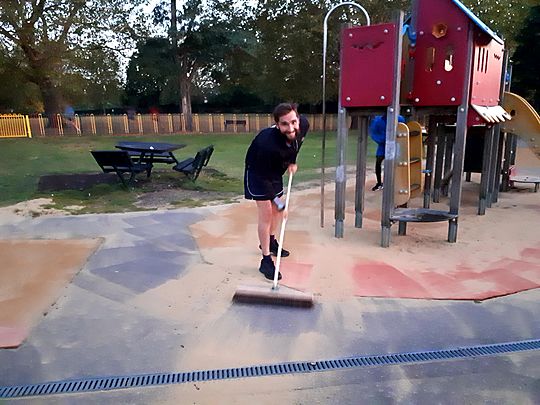 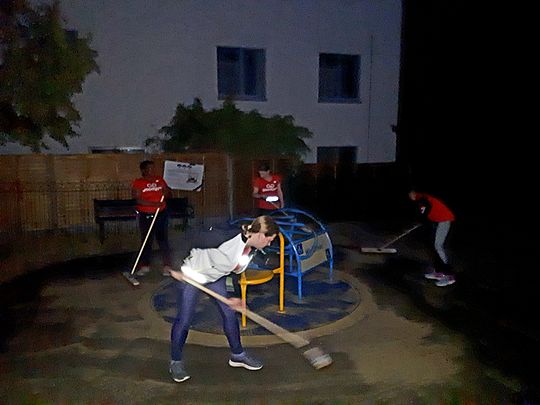 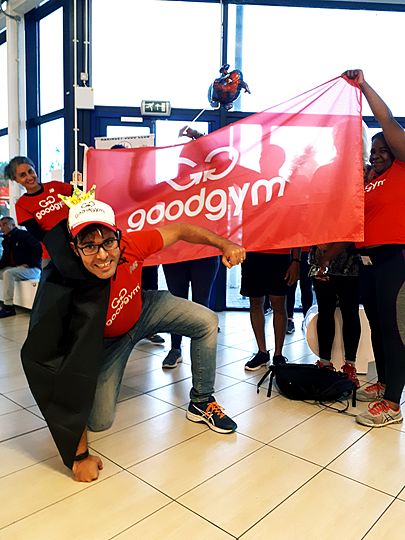 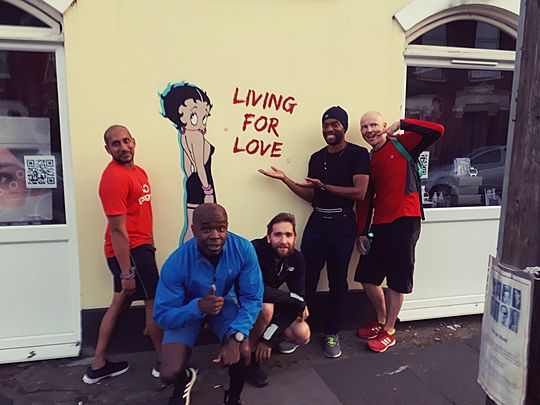 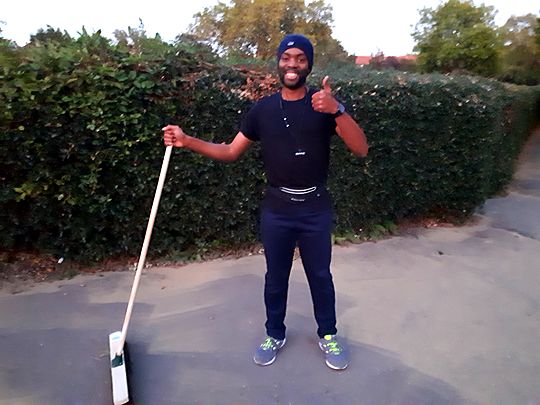 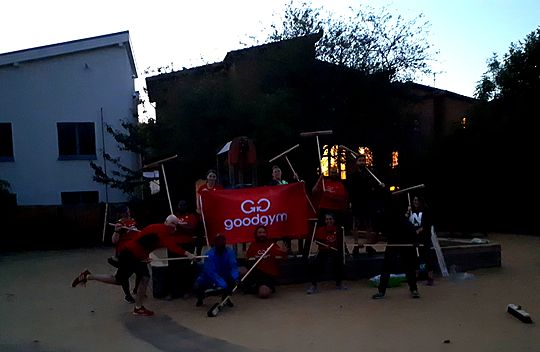 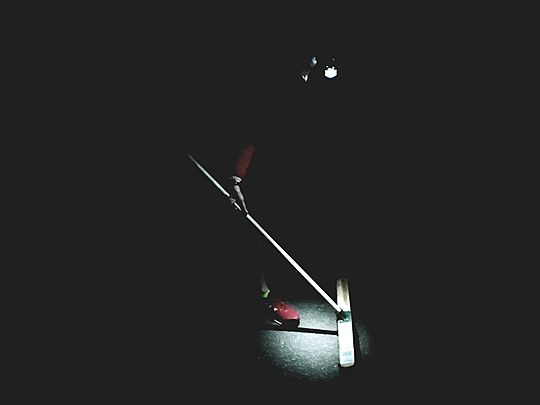 Happy 10th Birthday, GoodGym! Over 16,579 runners have managed to complete 166.500 good deeds in that time, and in the process they have run nearly 2,500,000 kilometres. In other words, GoodGymmers have covered enough distance to go to the Moon and back 3 times. 3 TIMES!

It was a night of celebration and at Haringey GoodGym we embraced it! Not only were we celebrating our 10th birthday, but Haringey GoodGym All-Round Superhero Dave Mansfield is celebrating his 200th Good Deed this week. If you’ve just read that sentence, you are now legally obliged to go and give him a cheer. Do it! We also welcomed Lee and Neil, who came along for their first runs. Please make them feel that sweet GoodGym lovin’.

Very aware we were losing sunlight rapidly, we jumped into action and grabbed a few photos with the wonderful GoodGym flag. We then set off for one of our longest runs in a while, a cool 4.5k each way. Reader, we crushed it!

At Priory Park, we were welcomed by Alice from Friends of Priory Park who was armed with an army of brooms. Our task was to clear the playground from the sand that a summer of fun has displaced from their pretty awesome and massive sand pit. We brushed, reader. We brushed with such gusto, Kapil very nearly broke his broom (see pics!).

Just before 8pm, Alice thanked us for a job well done and we rushed out of the park before they closed the gates. We grabbed a few more photos and ran back to HQ.

After the customary Haringey High 5s and the warmed down session, we all joined into a rather touching rendition of Happy Birthday for our very own Nurjehan, whose birthday also happened to fall this week. I told you it was a night of celebration!

We then staggered into night, in search of food and beverages. It was beautiful.

Want A Metaphorical AND Literal Slice Of The Action?

Join us on Saturday. After the Ally Pally parkrun (which we are manning as our morning mission), we will be having a picnic and cake in the shadow of the Palace and then we’re heading over to Muswell Hill for some painting. It’s going to a great day – come and play with us!

Thanks for having me. It was very enjoyable. See you next Wednesday.