5 GoodGymers made their way to help the Petersham Common Conservators in Richmond. 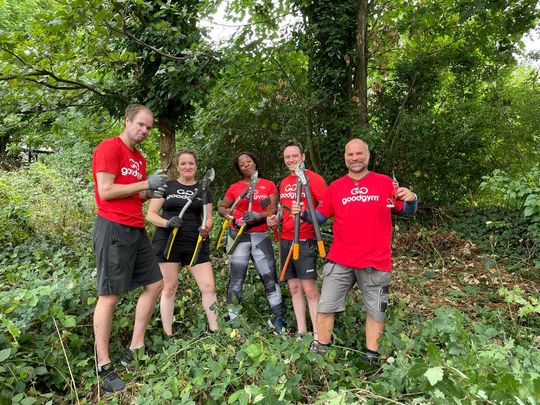 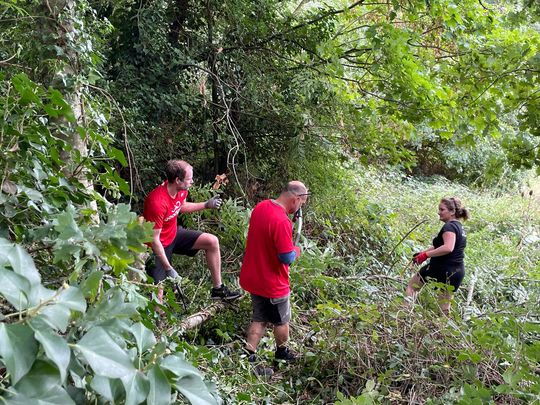 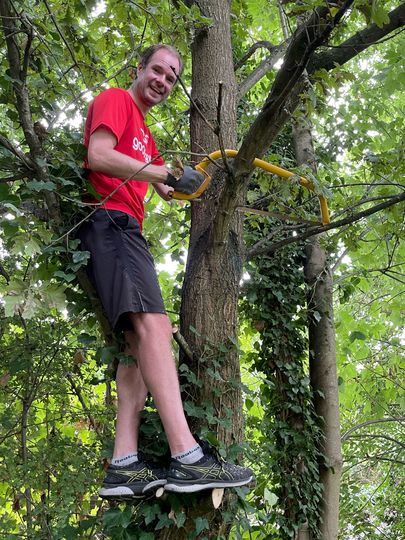 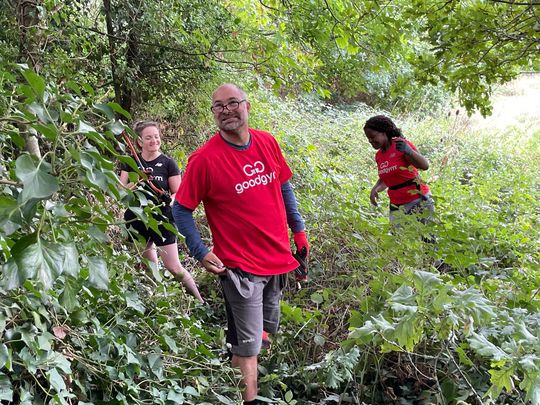 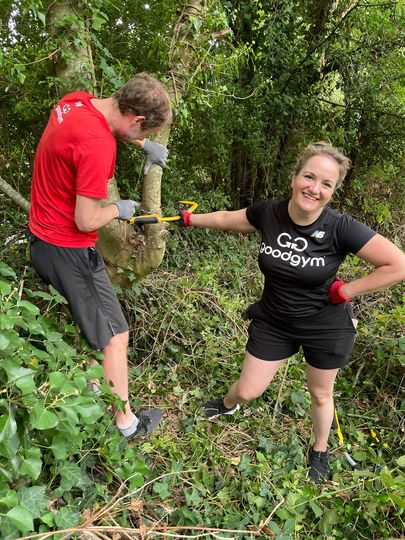 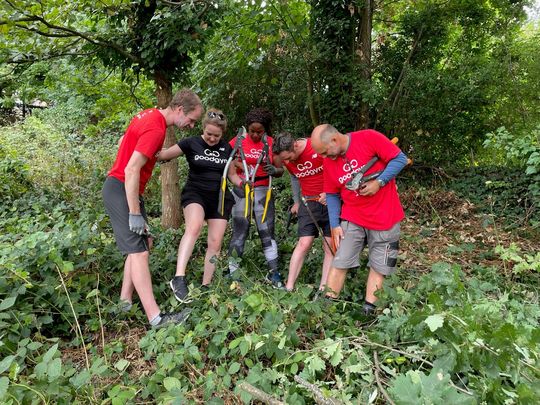 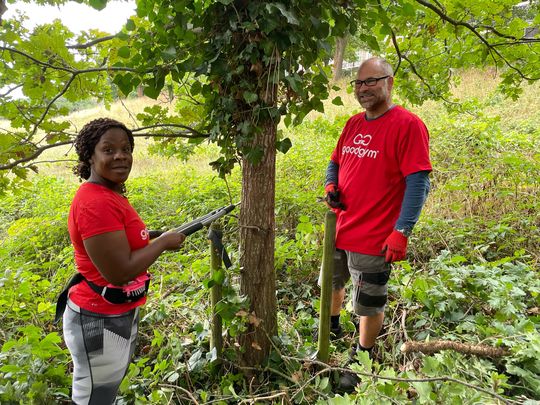 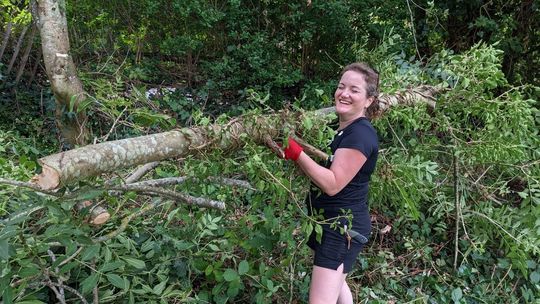 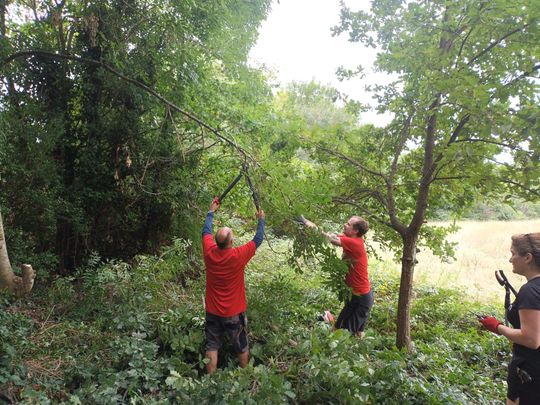 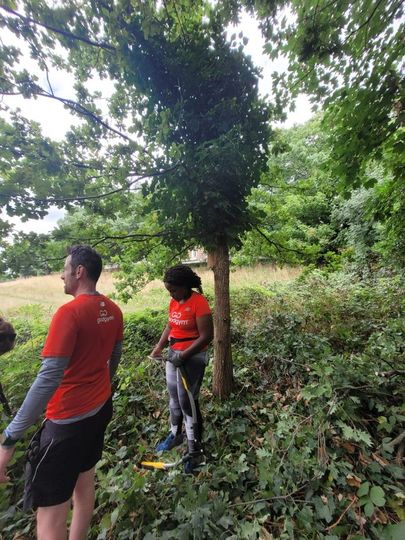 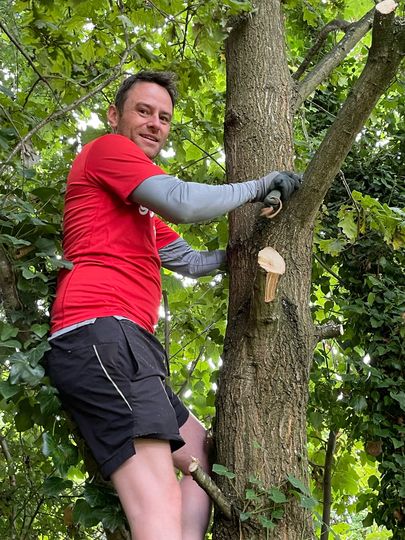 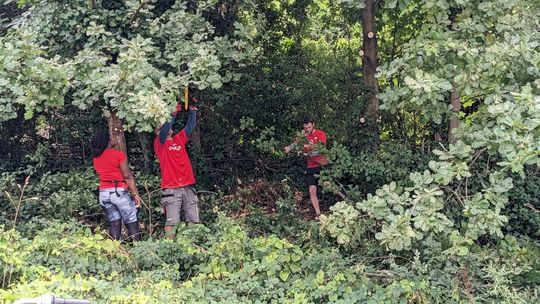 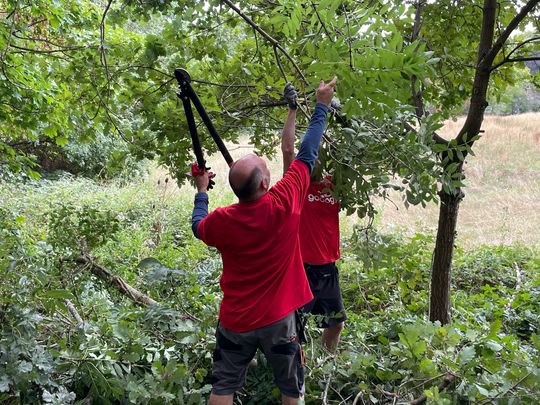 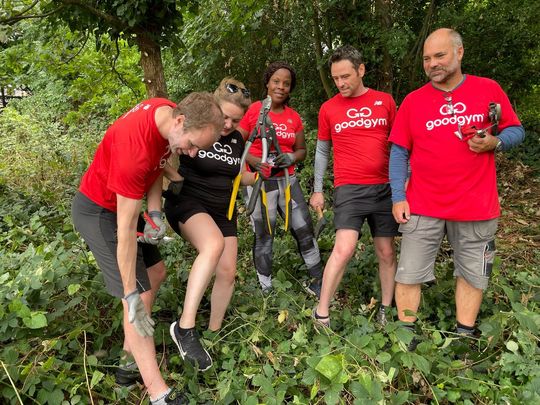 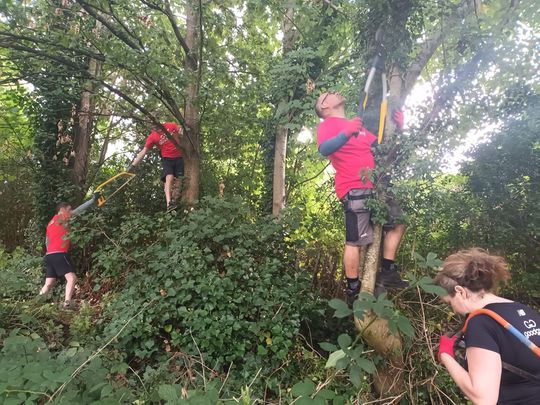 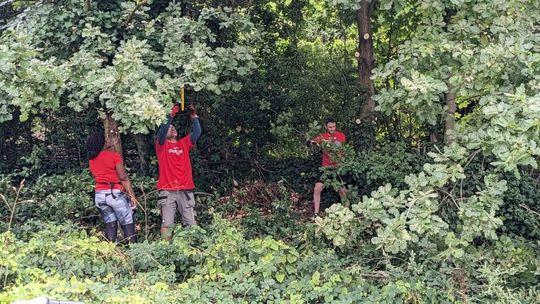 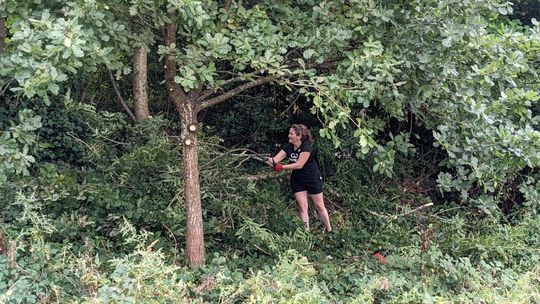 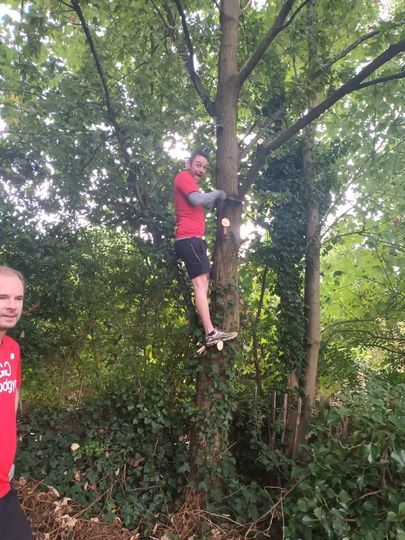 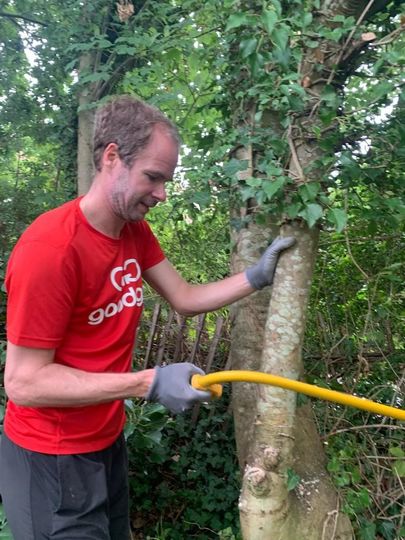 Saturday morning's mission was moved to the Bank Holiday Monday to allow more people to make it and we gathered a solid group of 5 Richmond GoodGymers on the hill beside the Roebuck on a lovely morning - including Victoria who hadn't been on a mission in Richmond for a while and seized the opportunity when she was off duty!

Our task for the morning was on Hill Common just below the top of the hill and part of the famous Turner vista. Ken led the task and explained our duties, which involved tree haloing, ivy and bramble control to help create more space around a couple of trees which were planted in memory of big contributors to a local nature society.

Having parked up the bikes we grabbed various tools and beat a path through the brambles to where we would start the major work on the trees, whose branches were overshadowing and obscuring our key trees. Chris and JP clambered up to reach the higher branches growing from one trunk, taking turns with the bowsaw and pruning saw to cut off a branch, making sure everyone was well out of the way below before the final felling moment. Nearby Salwa was attacking a hefty branch on a lower tree, where Chris went to help her cut out a bowsaw which got stuck deep into the cut and couldn't be freed, while Victoria and Ken worked on the memorial trees, removing the ivy which had grown up its trunk and pruning the lower branches.

Having arrived to see quite an overgrown area and thinking we would not be able to manage much of a change with only a small group, when we stepped back we were delighted to see that we had made a big difference and the memorial trees were again taking pride of place at the edge of the common. A very satisfying task indeed.

it was so good to see the difference, especially after battling the flies and creepy crawlies. Good work team.

Looks amazing! You must have all been knackered after that!