Barking Up The Right Tree(s)

2 runners ran 1km to help their local community in York. 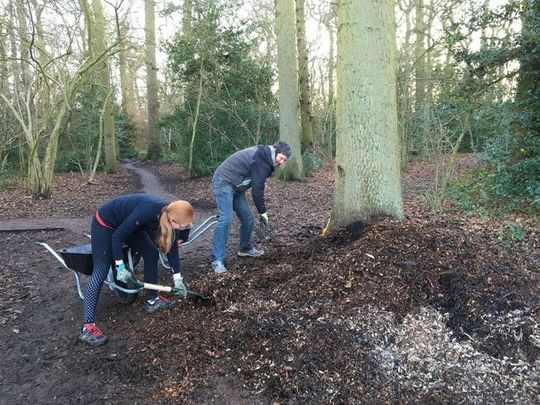 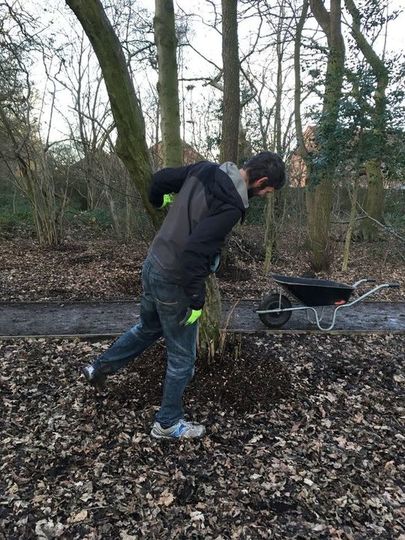 The Council had accidentally dropped off some bark chipping at the wrong end of the wood, so we quickly got on barrowing the bark chipping. Ellie climbed to the top of the pile and started breaking it up (the pile had been there for a while and was quite compacted) whilst Huw shovelled it into the wheel barrows.

Beki led us to another part of the wood where we could spread the bark around the trees to improve the quality of the soil. Each pile of bark was then kicked/spread into place, which led Huw to exclaim “It’s nice to have a task where my freakishly large feet are actually useful!”

Unfortunately time was against us, and we were unable to shift the whole pile. However, we were able to move enough that the path was uncovered!

Until next time, giant pile of bark chipping...