5 runners ran to help the Bath organic group in Bath. 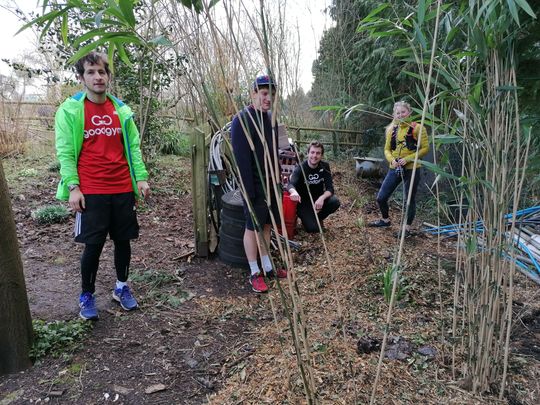 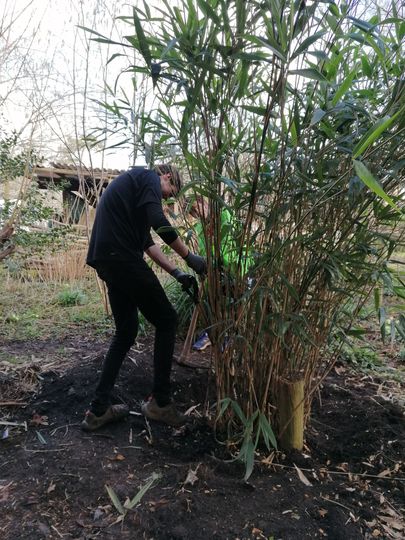 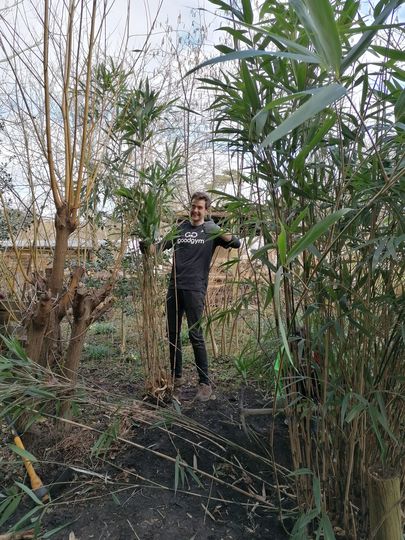 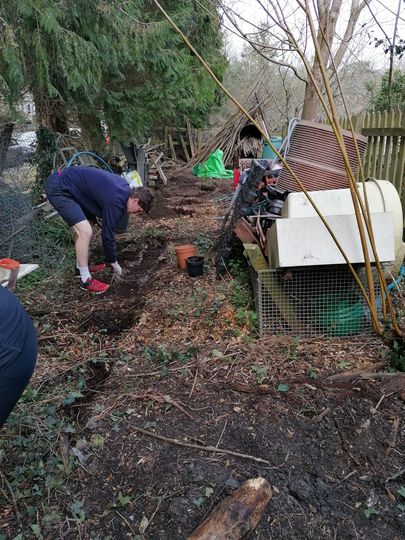 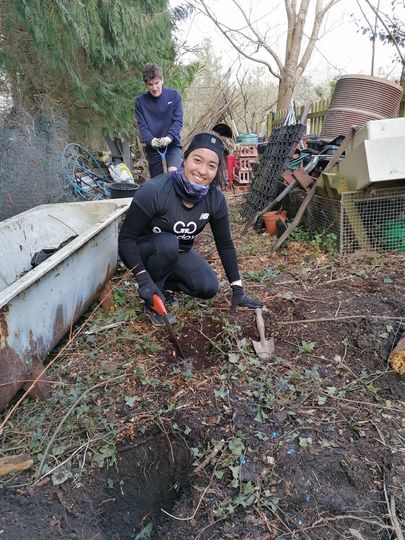 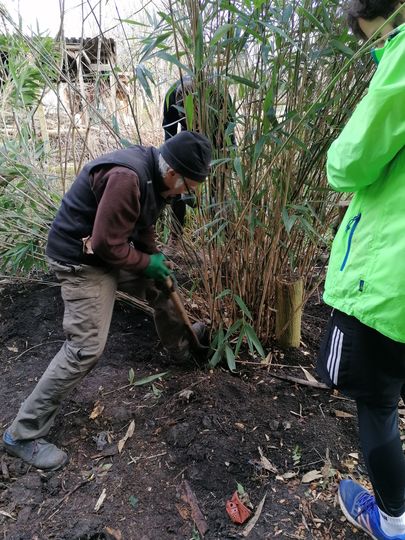 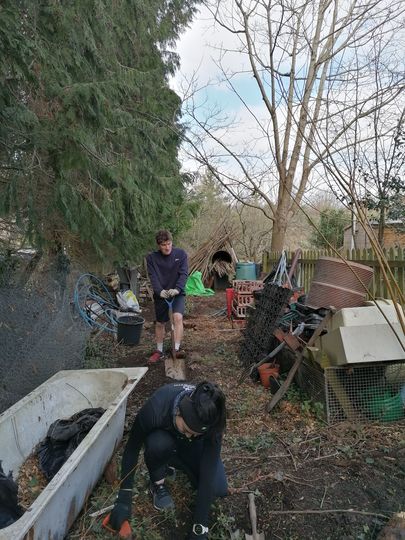 5 Goodgym volunteers arrive at the Bath organic garden to help with some essential tasks on a sunny but cold Sunday morning. We were led to the edge of the garden alongside a conifer hedge where the council had been doing some overzealous prunning on the other side. Now, you could see daylight through the boundary, the sound protection from the road had dimished and the habitat for nature lacking.

Cosmo, Doris and Helen were asked to dig holes alongside the trees to plant a hedgerow for screening and habitat. An easy task we thought. We thought wrong! As our spades hit the ground, the ground was not how it appeared. Although covered in soil, hidden beneath was something unexpected. We couldn't get through it with our spades and on closer inspectation it appears the whole area was covered in carpet! And not just any carpet as under this layer was bin bags! Underlay, underlay ;)

Rather than trying to clear the whole area which would have taken too much time, we were asked to dig through. So out came the saw! I couldn't stop laughing when watching Doris saw the carpet! Not quite the gardening experience we were expecting but we enjoyed the challenge.

2 hours later and we had managed to dig about 10 holes! Now time for some planting.

Whilst all this digging had been going on, Tim and Max had been experiencing a challenge on a whole different scale. They were tugging, bashing, slashing and fighting with a bamboo plant. Two hours of tug of war later and they had managed to obtain 2 cuttings from the large plant to be replanted for screening along the hedgerow.

So after this bamboozled yet rugged experience, the team could plant into the earth with the aim to bring life back into the hedgerow. A job well done!

Area Activator for Goodgym Bath. I love all things running and being immersed in nature. I'm partial to long distance trail races