4 runners ran 12.1km to help the Abbeyfield in Bournemouth. 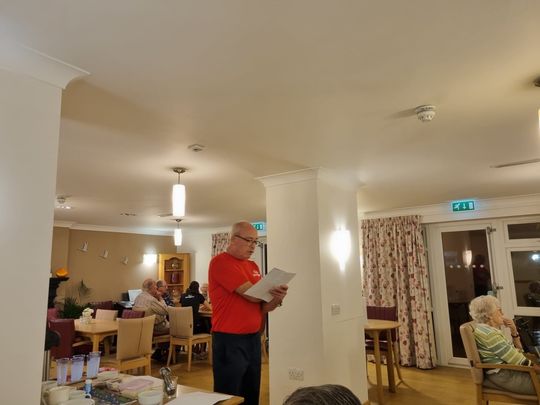 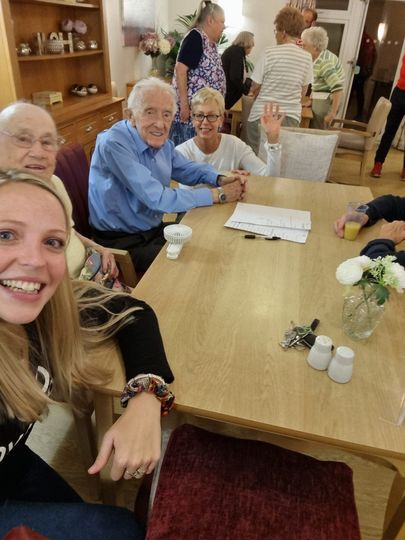 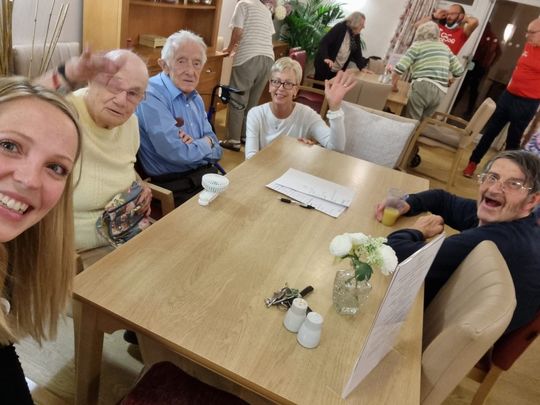 Last night it was time for us to head back to Abbeyfield Wessex to host their monthly quiz night, one of our favourite "good deeds".

This time Daryl stepped up to the plate and organised the whole evening for us! Thanks Daryl

The decade was the 1960s and there were 8 questions based on Bournemouth to help us learn a little more about where we live, then the rest were based on films and famous people. Some very tough questions on there.

The top team including Marianne, named Table One finished with 22 out of 30 questions. Very respectable considering the diffulty level. Then second place was the one with Hannah in, they finished with 18 points. And in third place were the Belles who finished with 15!

We arrived just as the rain set in and Marianne had run all the way from home...when we finished it was still raining and Marianne refused a lift saying she loves running in the rain! What commitment!!!

Such a fun evening with the residents learning about them and their stories. You know there's hope when one of the residents, aged 96 has been on 14 cruises since their partner passed. Rather than settling down she has taken it upon herself to see as much of the world as possible.

We said our goodbyes and promised to be back again next month for another round. We can't wait!!

This is a brilliant Deed 😍

Definitely one of our favs!!