Another One Bites The Dust

8 GoodGymers made their way 4.0km to help the Abbey Gardens in Newham. 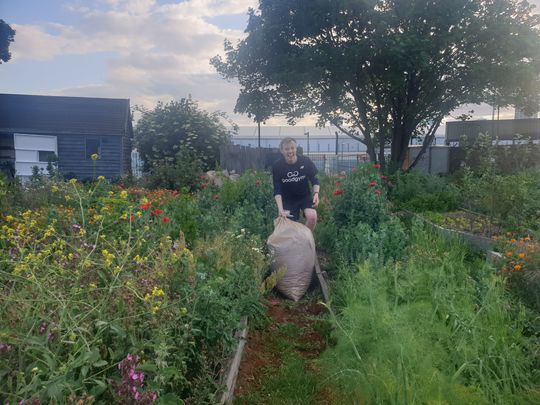 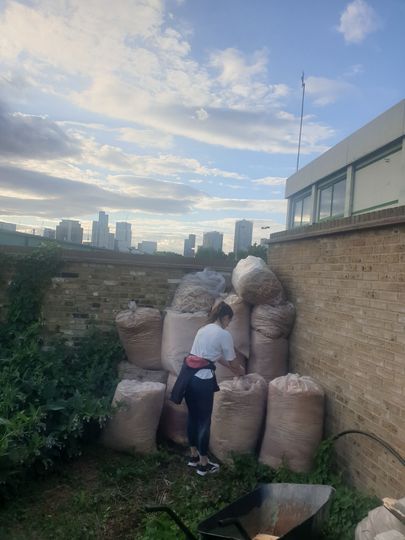 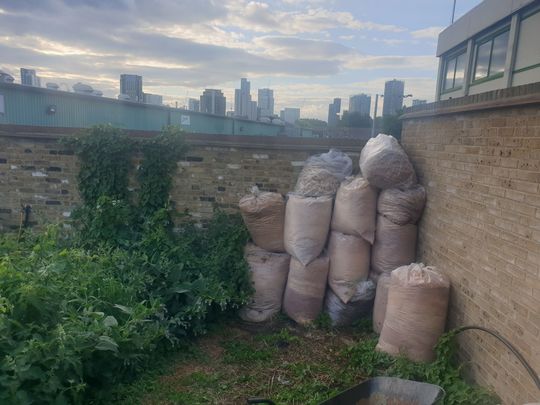 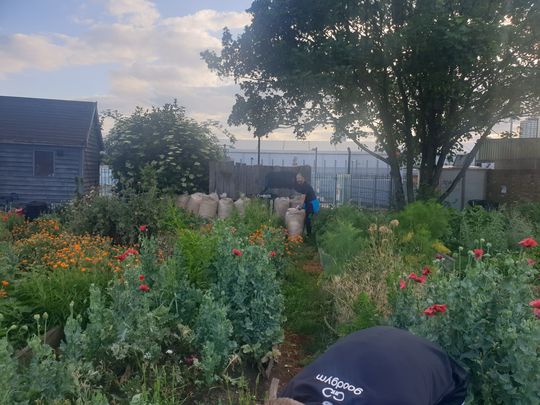 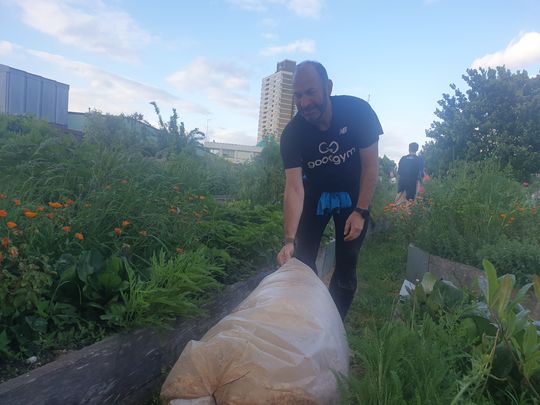 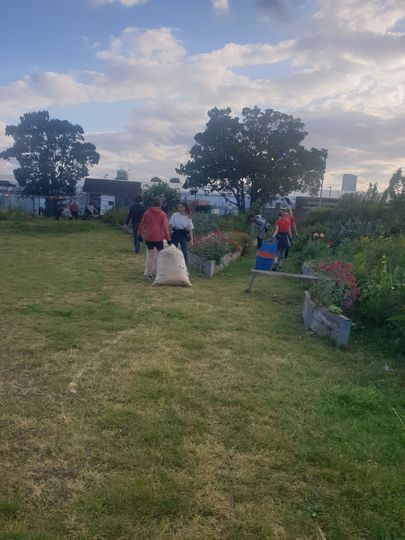 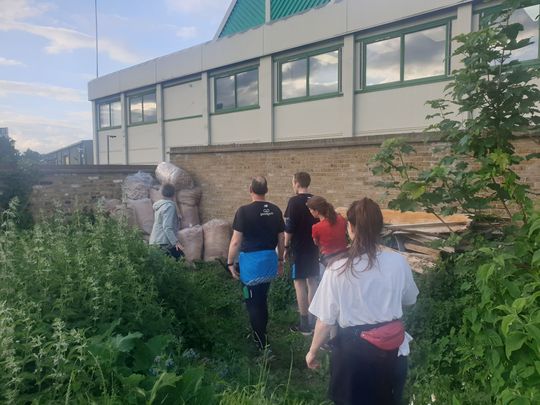 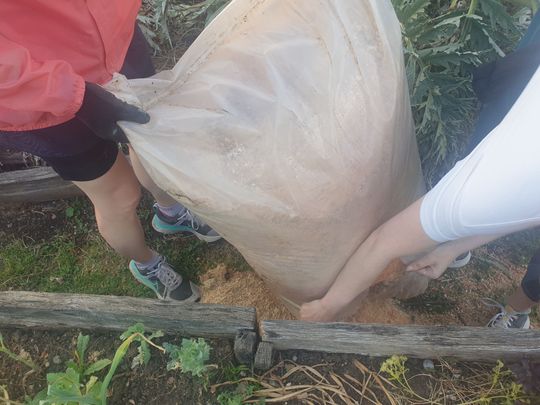 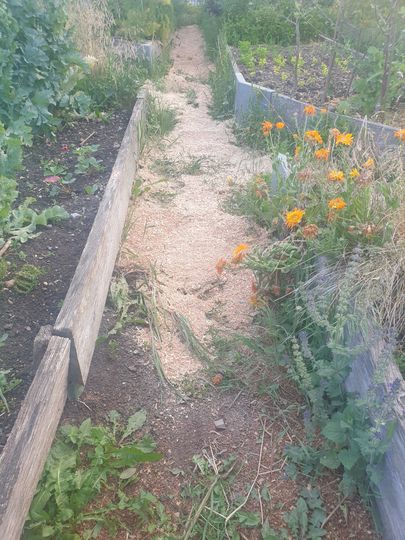 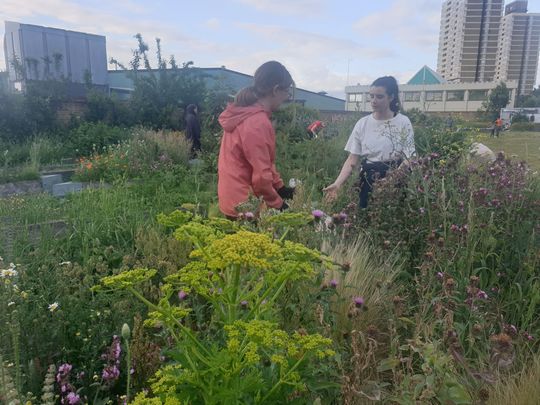 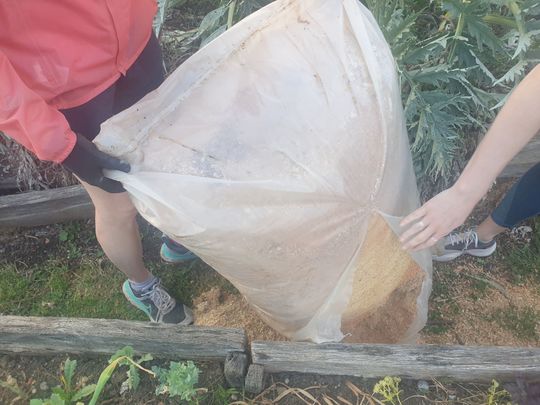 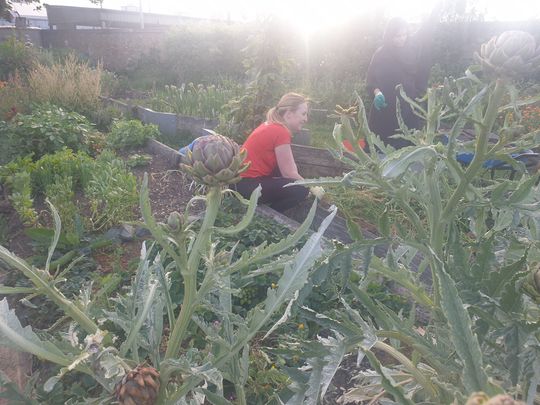 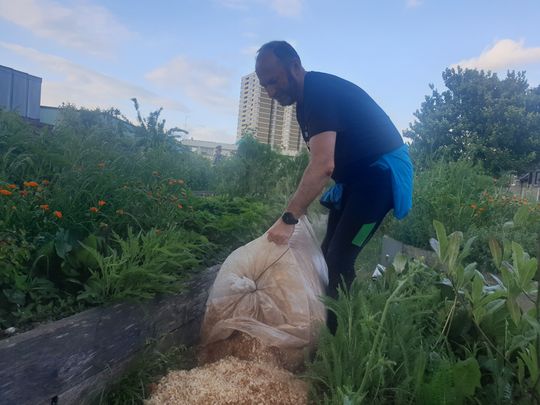 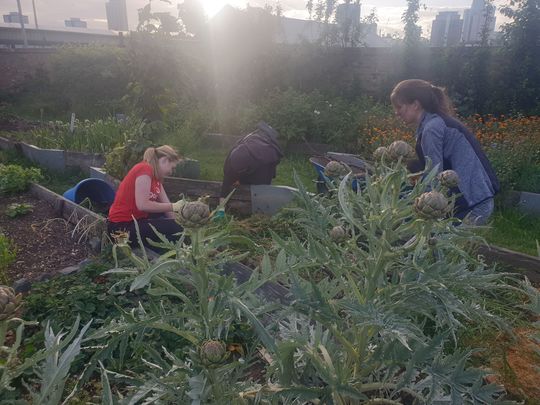 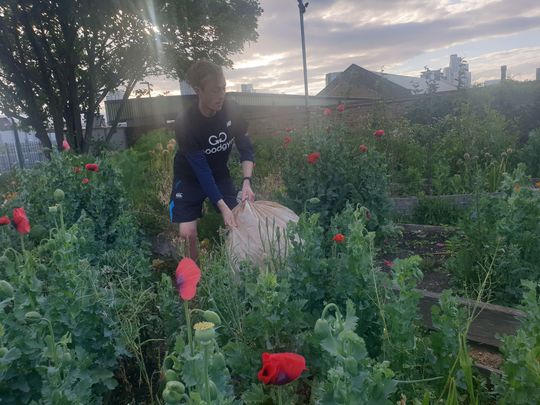 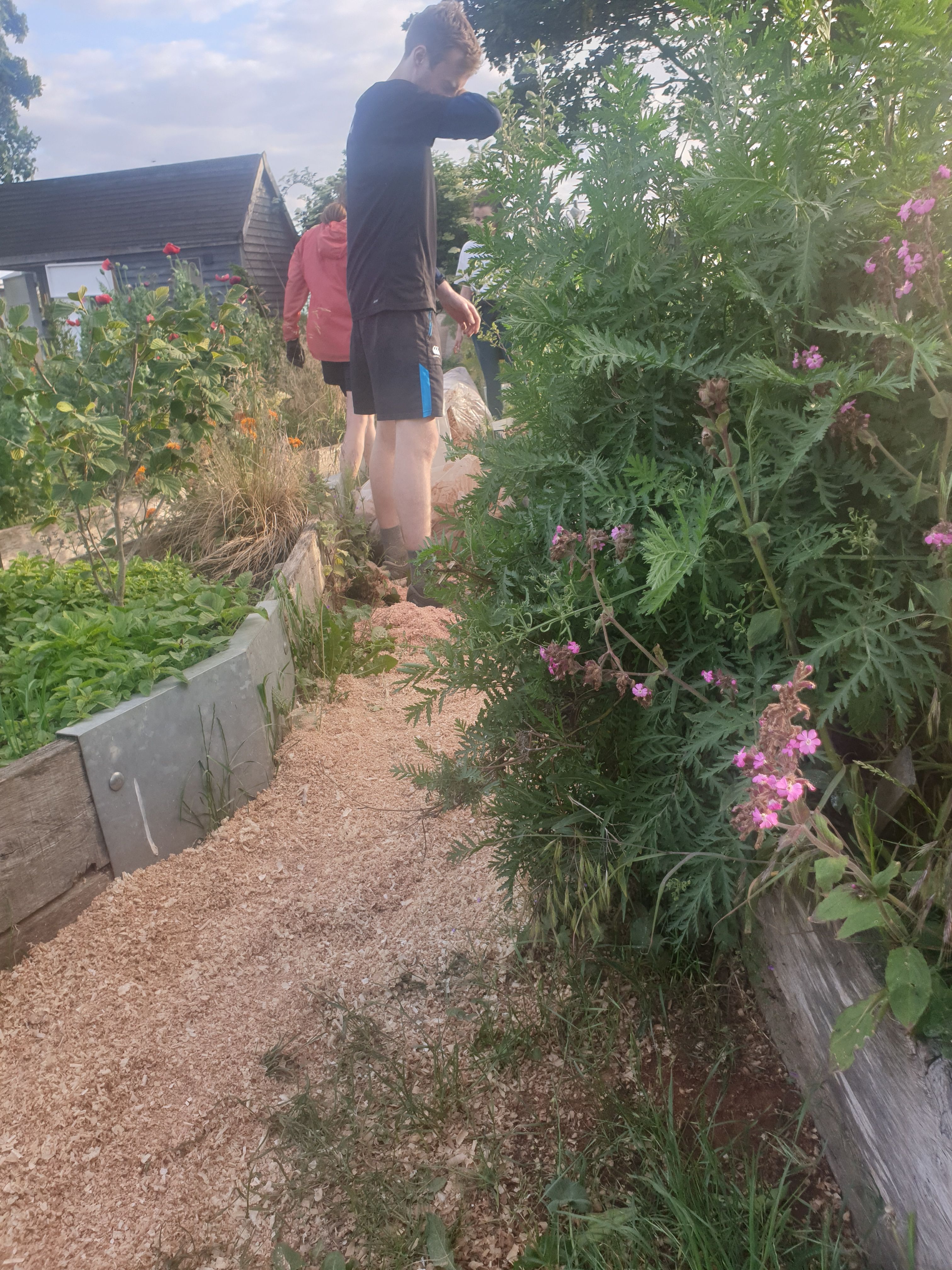 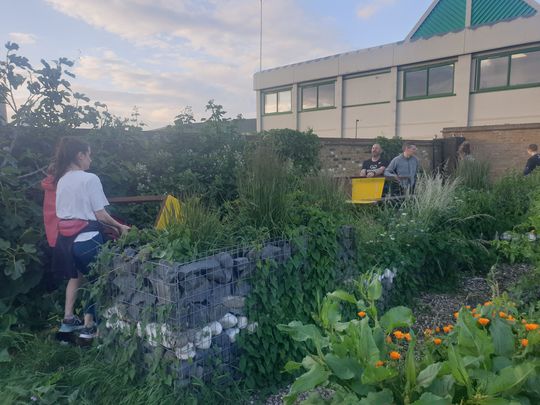 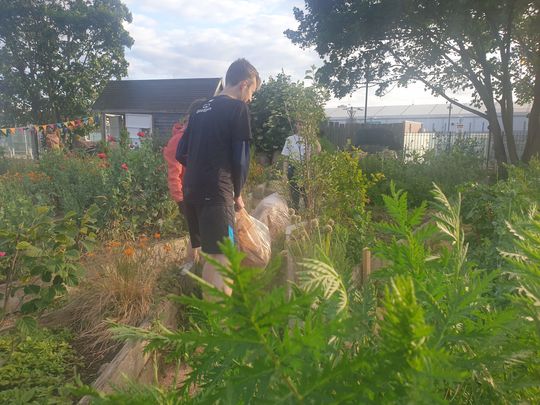 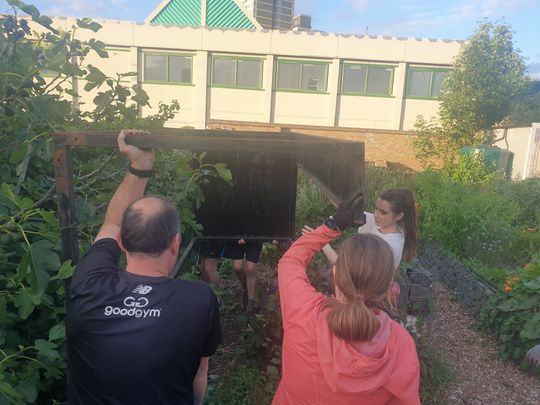 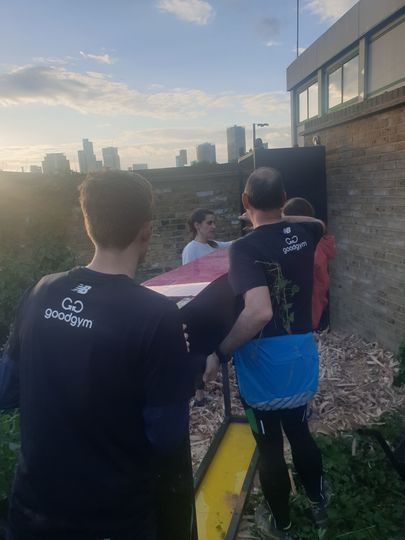 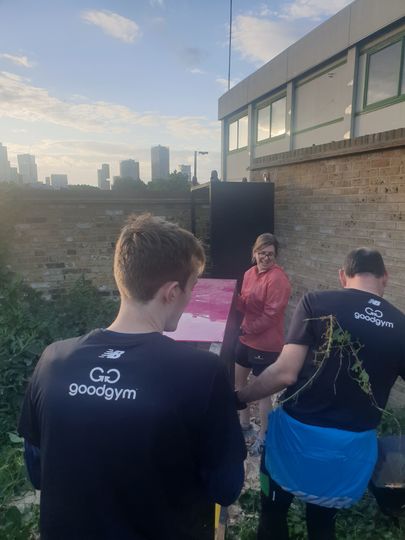 Grey was the day, peppered with spittle throughout, the evening had more in store. Bright blue skies above as the GG crew settled into some chat at base. Ruth and Mel with surprise appearances and Dan dancing along just in time. We spoke briefly about the Sue Gray report, the chaos and comedy of Westminster, featuring 4am parties and wine up the walls. I've just had a look at the 'highlights' of it now, all sounds about right.

Onto the Greenway we ran, to loosen and mobilise the body and, importantly, to get to Abbey Gardens. We arrived to a group enjoying the late sun and pumping some funky saharan beats, the cafe was open and a GG fan said " you're GoodGym, amazing, go go go...."

Barbara came and gave us the instructions, loads on this week, just the right amount; laying fifteen or so bags of sawdust between the raised beds, weeding and moving some very large shelving type structures. Very much a group effort, the weeding team getting out a good amount of unwanted flora. The dust team, inhaling most of the dust, but definitely laying some down. The final job was a satisfying coordinated team effort, I've got no idea what those units were for, but they were pretty tough to shift. A successful completion of the mission laid before us - we had to sacrifice a few of us to nettle stings, spider invasions and bare-handed slug squeezing grimness - but asides from that all was well.

Next week it's time to bare no flesh, as we get into the nettles once more, clearing a space for a forest school area. Sign up here