aBRAcadaBRA the Rubbish is Gone! 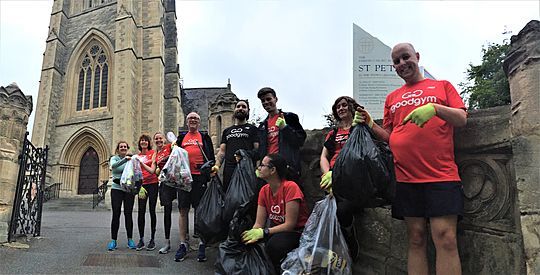 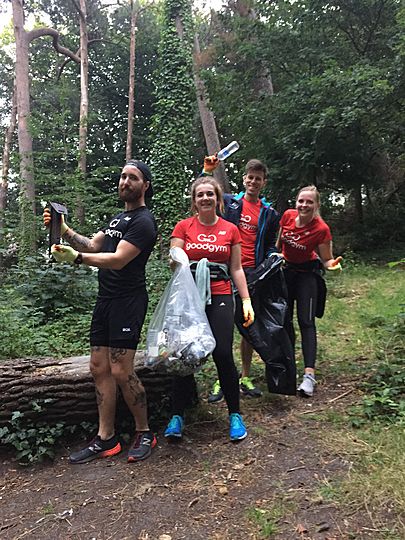 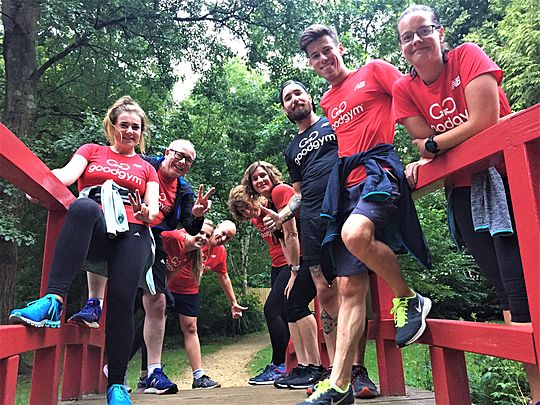 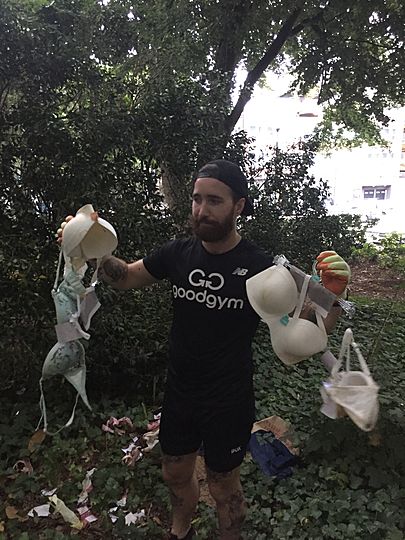 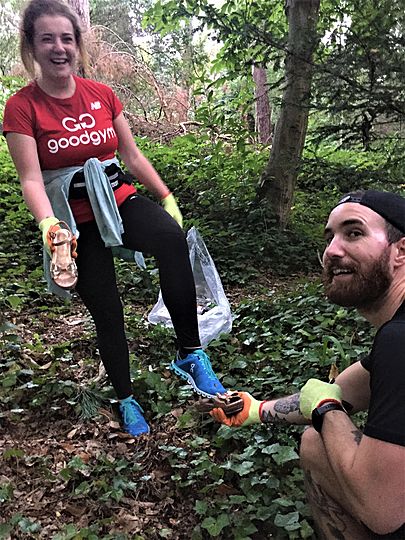 We had to reschedule the task this evening and Jane at St Peter's was more than happy to have us come down to the iconic church to tidy up after the busy bank holiday weekend.

We welcomed back Sue and Mark, proudly sporting their new GoodGym shirts and now official members of the family! Wear them proudly guys! It was also great to have Daryl back with us on a run, shifts being kinder to him and us! And we had Phil back from his holiday....how was your holiday Phil??

Earlier it did look like there may be rain this evening....so the smart ones like Hannah and Sarah had an extra top just in case....it held off all evening....until we were on our away back, turned the corner into the pedestrian zone and were it with the wind and swirling drizzle. It was actually quite refreshing.

Before this, 10 of us got together and discussed how the Gardens are actually not a favourite route for some of us...so of course we decided, all together, that we should run through the Gardens to learn to love them more. We went up the other way this time, came across some cute dogs, took some photos and then headed back towards the church.

Jane wasn't able to meet us, but did leave us some bin bags to use. Gloves on and in teams the gang set off in different directions to see what we could find...and despite only having been a few weeks ago...we managed to collect 7 bags of rubbish...not great.

We found shoes.....some more stylish than others, jeans, jackets, a car jack, loads of drug paraphernalia and a whole bunch of bras with tags still on them... At the end when the teams were gathering the guys also found a massive knife that had been discarded in the bushes....being the good citizen that Amber is, she called the police to ask if they were interested in retrieving it....they asked if it had blood on it or any other potential evidence or disturbing substance....and because it didn't...it went in with the rest of the rubbish.....yep a little bit of an anti climax there....sorry. But better that than something being hurt by it right????

After taking some artistic shots with our loot we headed back to where things began this evening. Said our goodbyes and headed home to get dry!

Well done everyone. 5k in the bag and loads of rubbish too!