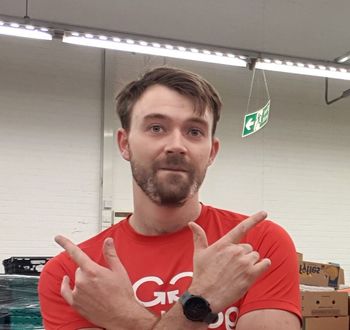 WORK OFF THAT CHRISTMAS PUDDING AND JOIN US FOR THE CCR RUN ON TUESDAY 27th DECEMBER 2022!

Frazer went on a group run 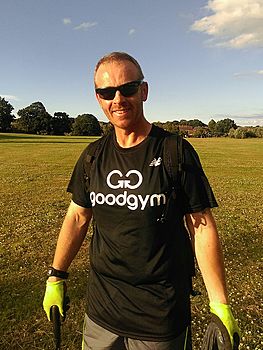 Sorry can't make it tonight, it's our anniversary, 21yrs.

Frazer signed up to a group run.

Frazer signed up to a race.

WORK OFF THAT CHRISTMAS PUDDING AND JOIN US FOR THE CCR RUN ON TUESDAY 27th DECEMBER 2022!

Frazer went on a group run

On Tuesday Goodgym Colchester continued their campaign of litter picking, this time along the River Colne between North Station Road and Colne Bank Avenue.

As always we found plenty of brands demoting their products from the undergrowth half-eaten Greggs (a sausage roll), Costa Coffee cup with their plastic lids that will outlive all of us, McDonalds, Twix and Guiness cans. As well as that mess there was a trail of blank yellow post-it notes that may have been better served reminding people not to drop litter!

We managed a big haul and received thanks from a local resident and a moment to chuckle as a one half of a young couple remarked that it was not romantic sat on a smelly bench watching people pick litter around them! There was a strong vinegar vibe down that stretch of River. I hope their next date is more successful...

After the task we said farewell to Phil and headed to Balkerne Hill for a quick lung buster. Frazer was particularly pleased as he had already smashed a fair few hills in a pre-goodgym run!

See you all next week and enjoy your weekends.