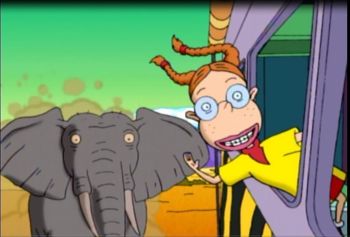 A weekend tree care session to help the saplings survive through one of the driest summers on record.

We will be clearing round bases of trees, laying new cardboard to help suppress weeds, and mulching with woodchip (great for helping them retain moisture in the soil), plus giving the saplings a thorough watering. We might even get a lesson on how to prune espaliers!

Please bring gardening gloves if you have them.

The Aston's Eyot Triathlon: Scything, Digging and log-carrying. It'll be a Commonwealth Games sport one day you know!

We spent our evening working around the new wildlife pond on Aston's Eyot - digging nettle roots out of the area where the Friends of Aston's Eyot plan to create a boggy area, scything and raking up nettles to try and encourage greater biodiversity, and moving logs to create suitable habitats for reptiles to hibernate (and to clear them from a new footpath).

Aston's Eyot used to be a rubbish dump, so there's lots of Victorian trash all over just below the surface, which makes digging and weeding a bit of a treasure hunt. Who could have predicted that we would be unearthing an old laxative bottle and taking it home to use as a vase? Hopefully the digging team won't get prosecuted for their efforts by Christchurch college - the sign prohibiting digging looked pretty ancient!

Scything is a GoodGym right of passage, so we're always delighted to have a chance to show our newer members how to do it. Fortunately this load of nettle scything didn't seem to trigger everyone's allergies like it did when we scythed nettles in June before. Good to know August is better for the hayfever sufferers!

Barracks Lane Community Garden is a beautiful green space and eco building at the heart of a vibrant community in Oxford. It is for everyone to use and enjoy and hosts many events and activities throughout the year.

We will be taking on a few different maintenance tasks around the garden to keep it looking lovely; weeding the paving and some sorting/tidying/moving in the sensory garden area. We have to be out of the garden by 7:30pm, hence the slightly early start. If you can't make it to the garden for 6pm just join us a little later.

Please bring your own gardening gloves if you have some (don’t worry if you don’t- we’ll bring some spares). All tools will be provided.

A team of 6 GoodGymmers overcame inaudible audio, a cacophony of cutlery, and a distracting Dachshund to come second in The Up In Arms pub quiz. Well done all!

Aston’s Eyot is an island in East Oxford formed by the River Thames, the River Cherwell and Shire Lake Ditch. The 32 acre nature reserve was originally a water meadow, then a rubbish tip for a while at the end of the 19th Century, it is now a mosaic of woodland, open area and scrubland. The land is managed by the Friends of Aston’s Eyot as a nature reserve with public access.

There will be various jobs for us to do around Aston’s Eyot nature reserve, including digging out a pit to make a boggier patch near the trial pond, scything, and other maintenance tasks.

Please bring your own gardening gloves.All tools will be provided.

If you would like to run to the task location with the group meet in the car park of the Richard Benson Hall at 6pm.It is less than a mile to Aston’s Eyot, but we can take a slightly longer route if we set off on time.
If you want to meet at the task we will be at the intersection of Meadow Lane and Jackdaw Lane at 6:15pm. We will walk along to Aston's Eyot together from there.

Emma signed up to a party
Party

Friday evening drinks in the garden of the Victoria Arms to make the most of the hot weather.

I’ll bring my paddleboard and anyone who wants to splash about is welcome to have a try on it.

Emma signed up to a party
Party

Board Game Night at Thirsty Meeples

For further information and to take a look at the games library, visit:

Much fun was had chilling in the park snacking on fake chicken dinosaurs, crisps and, of course, a watermelon expertly cut by a Ben who brought a full on knife into the park.

We swam, we tried to track down the sneaky diving grebes, we played 'scatch ball', we ping-ponged and we listened to the sweet sweet tunes of our talented guitar players. Trev's rendition of Bad Romance needs to be added to his wedding set lists!!

Same again next week everyone!!

Board Game Night at Thirsty Meeples