You CAN Run, But You CAN’t Hide

2 runners ran 5km to help their local community in Huddersfield. 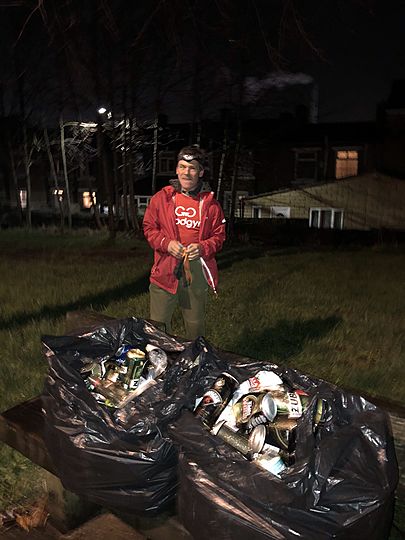 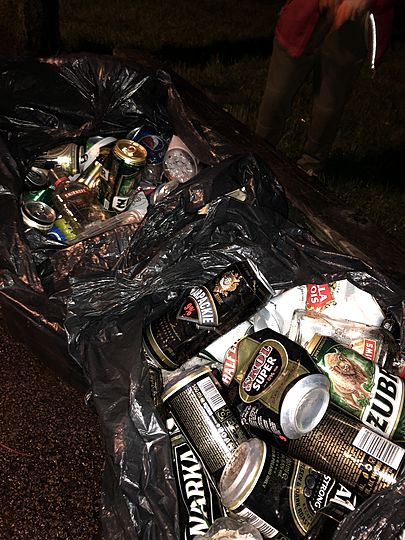 Cans were certainly the order of the day for a GoodGym yesterday evening. Six black bags full was the sum total of the rubbish collected from along the Birkby Bradley Cycleway, resulting in a much prettier looking place than it was previously.

I had been out for a run on the cycleway myself a few weeks ago when I noticed what a poor state the area as in, and thought a clean up would make a great task for GoodGym. Absolutely tonnes of rubbish had been dumped on the route, including literally hundreds of drinks cans and bottles making the place look a right state.

A combination of half term and perhaps also another Tuesday evening of wintry weather had limited attendance, so it was just Ben Godfrey and myself running the 2.5k to the cycleway with our headtorches, gloves and black bags. Once there it didn’t take long to get stuck in and begin filling the bags with the cans. Beer, cider, energy drinks, coke, there were cans of every size and type imaginable, but all were picked up from the cycleway and swiftly went into our black sacks.

Seeing so many discarded cans did prompt some discussion amongst Ben and myself about how their irresponsible disposal could be avoided. Our considered solution would be to introduce a £1 deposit on every can at purchase, refundable when they were returned to a recognised recycling point. Surely that would incentivise the vast majority of people not to drop their cans, or at least motivate others to pick them up if they did!

Anyway we worked along about a half mile section of the greenway collecting cans as we went, and were simply amazed at the volume collected. After leaving six full sacks for collection by Kirklees Council’s Streetcare teams the next day we turned and headed for home with a run of a couple more K’s back to the Stadium.

Thanks to Ben for joining me, as ever it’s amazing what CAN be done by GoodGym!