4 GoodGymers made their way to help the Grow for life in Bath. 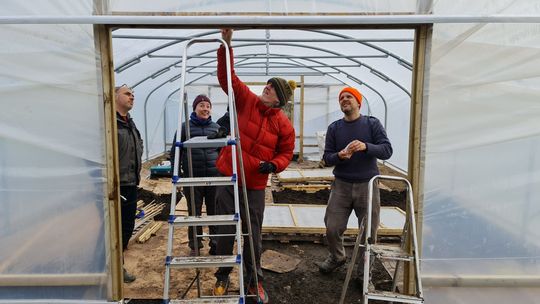 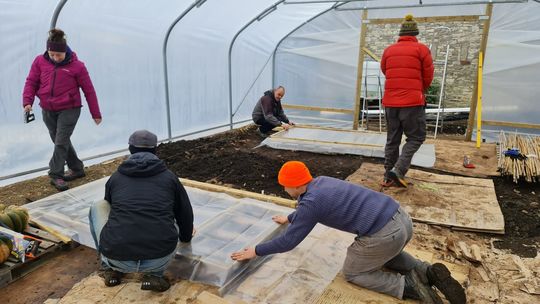 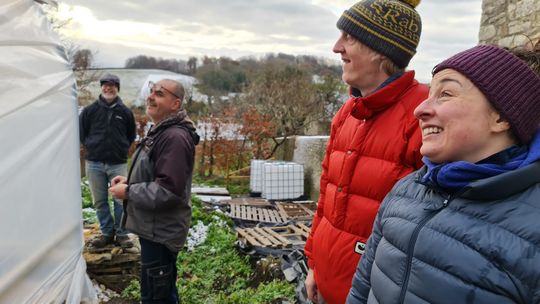 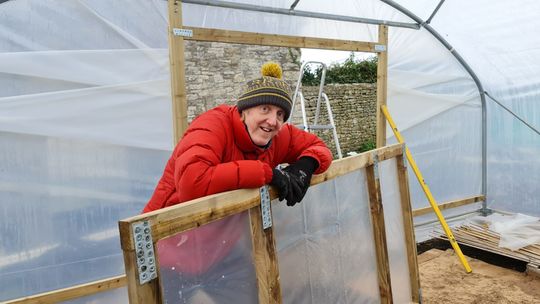 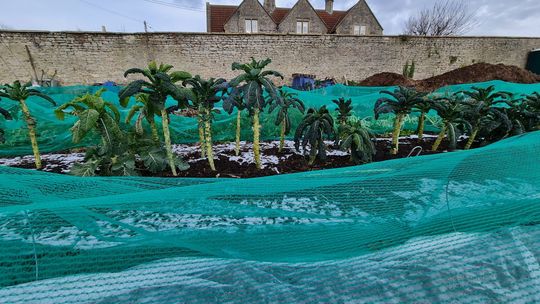 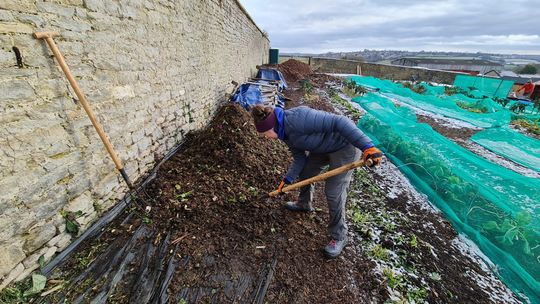 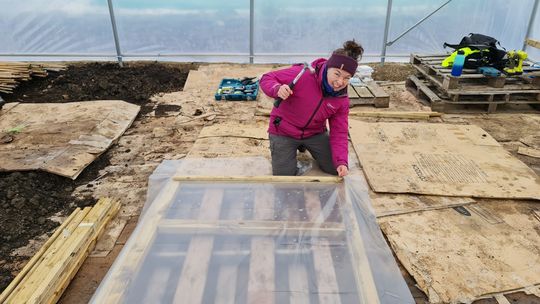 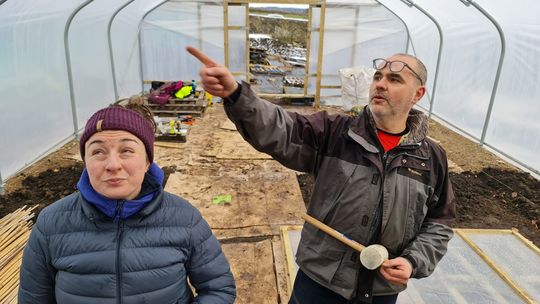 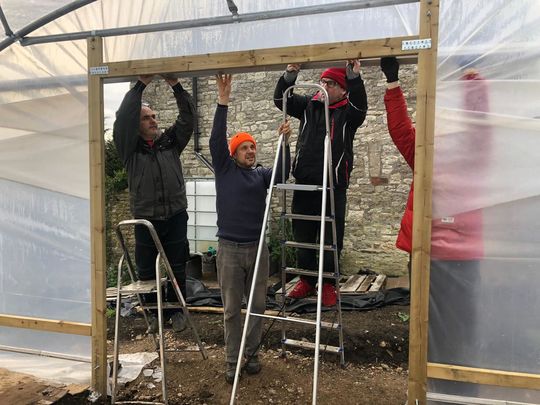 Four of us went along for the final GoodGym visit of the year to the walled garden at Newton St Loe.

This is an extra special run report, by way of a Year in Review of our visits during 2022. Enjoy!

This is a venue to which we’ve been making a regular monthly visit since May. Those were the early days of the project, and back then much of the site really was just weeds and rubble... 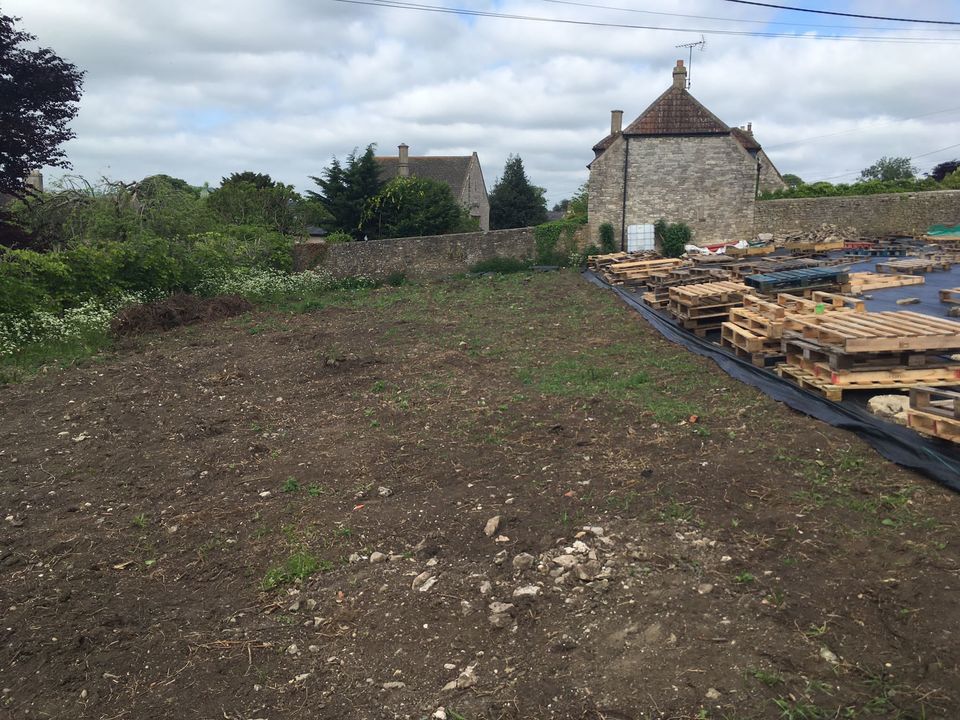 On this first visit we were mainly just doing the prep work of laying out plastic sheeting to help kill the weeds and prepare the site for later use.

When we returned a couple of weeks later, spring was really putting its mark on the site and a good portion of the site at least was beginning to really bear fruit (well, veg mostly) and we were able to work on some actual salad vegetables... 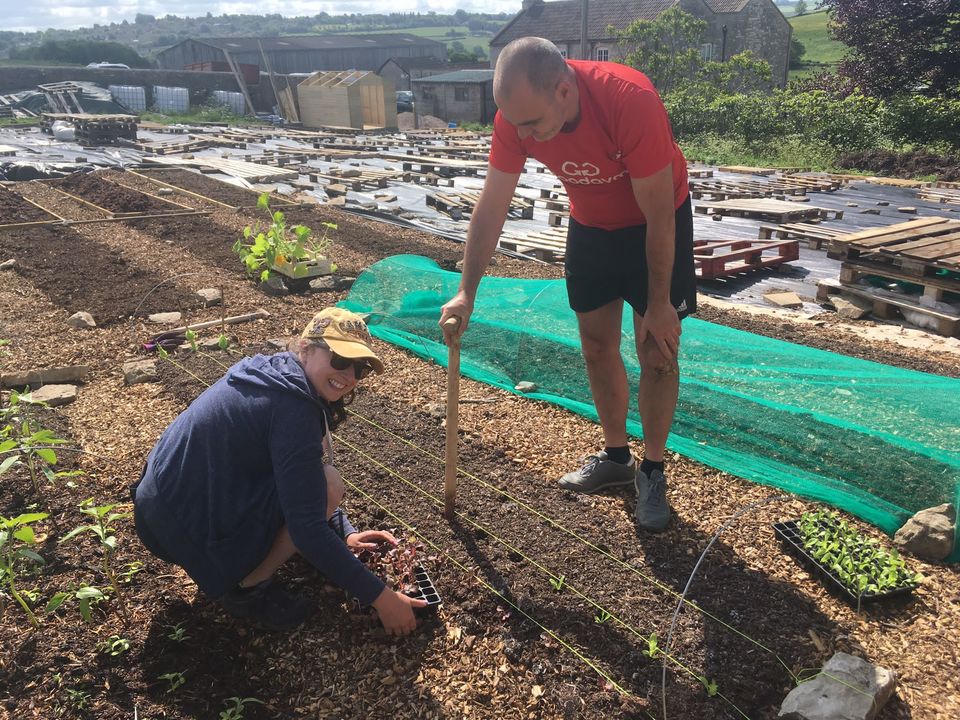 The site was really blooming by the time we returned in August. 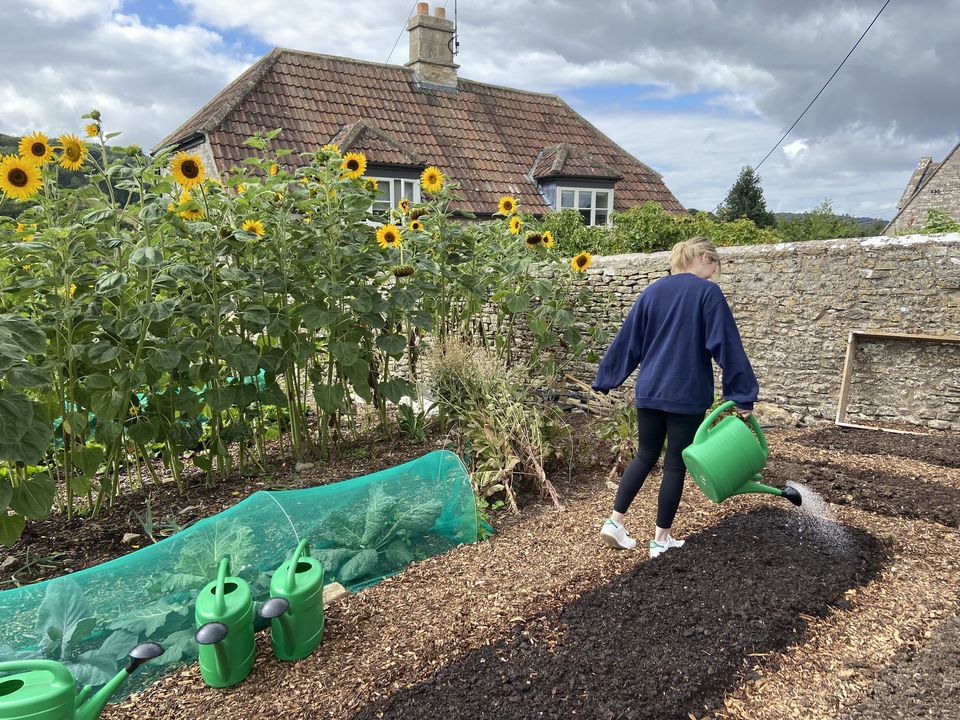 This time we were put to work, amongst other things, making new planter beds, and also the heavy work of helping to lay the foundations of what would later become a polytunnel!

By October, the skeleton of the polytunnel was well and truly up and loads more has changed again. 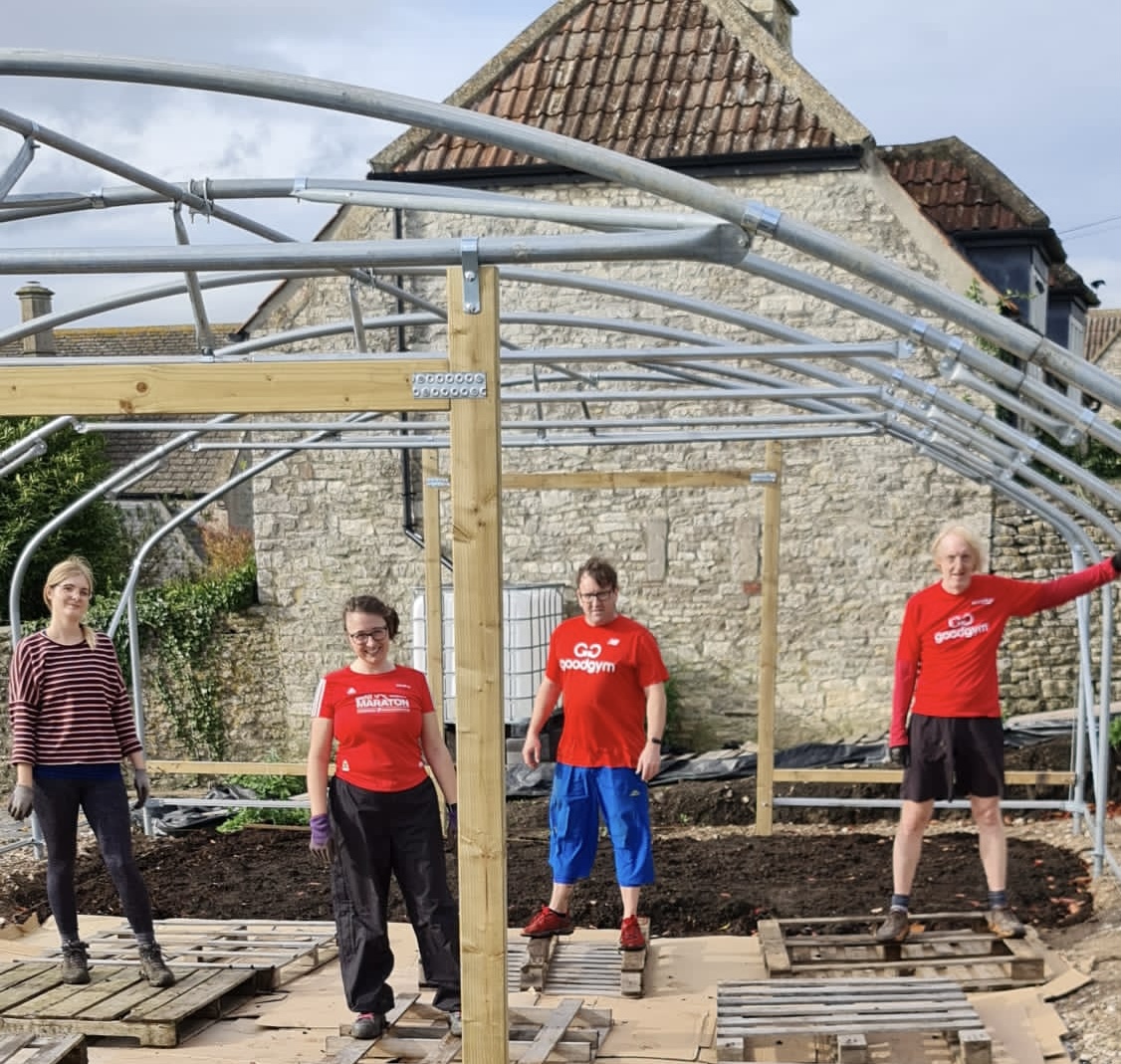 As was well and truly a tradition by now, we each left at the end of the session with a haul of some of the exotic salad leaves they grow at the garden.

Today, the ground was well and truly frozen, but we were put to good work actually finishing off the polytunnel. This time we got to test our carpentry skills and complete, then hang, a pair of sliding doors to complete the rear of the tunnel. 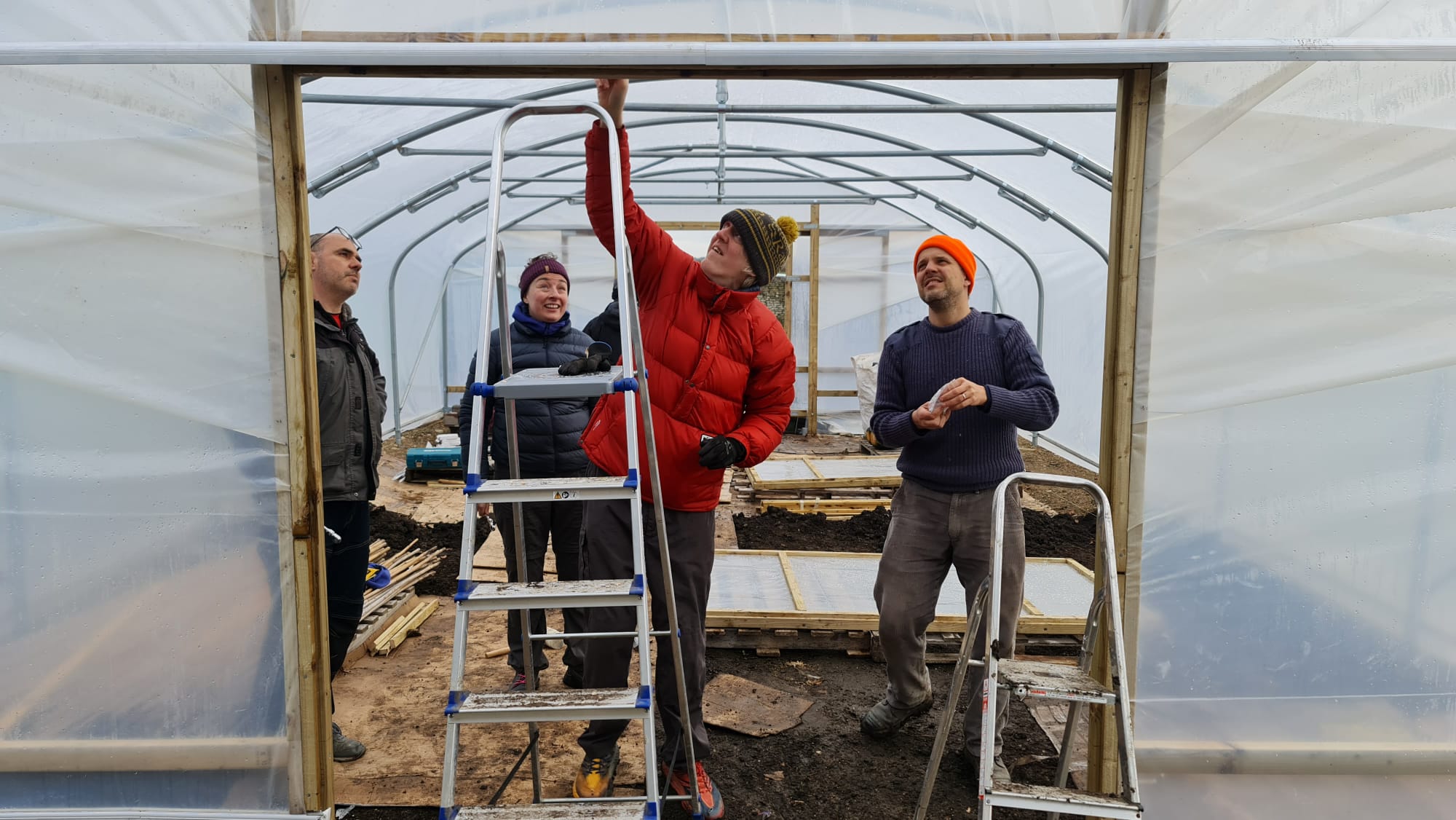 That done, we helped turn some compost, then move a pile of stones (the ones not frozen into the ground!) and shift a trio of empty water tanks to various parts of the site. The tanks already in use were currently filing the roles of being rather useless one metric tonne ice cubes!!

Today there was no salad haul to take home - it being well and truly past that season.

Thanks to Jane, Meyrick, Ellie, Natalie, Ruth, Laura, Dan, Mark, Jer, our cheery host Wayne and anyone else I’ve forgotten who’ve helped grow this amazing site during the year. Roll on 2023...

Run to help at Odd down junior parkrun