5 GoodGymers made their way 6km to help the Growing works in Huddersfield. 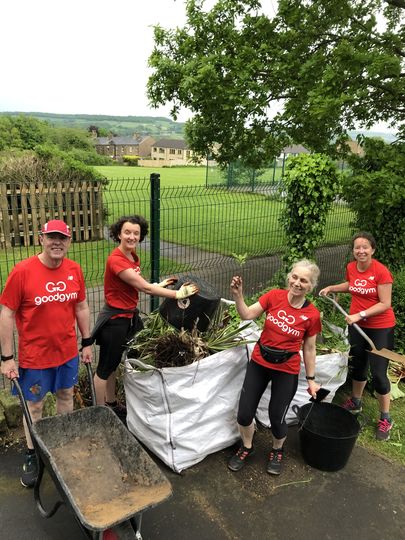 South Crosland Junior School had a old raised bed that needed dismantling, so along with our friends from Growing works GoodGym were called in to tackle the job.

An hour of hard labour later we had made a dent in the job, but there is still plenty to do on our return visit next Tuesday.

Thanks and well done to Kati Law, Louse Galvin, Zena Whalley and David Bilton for their top effort this evening.