TREEMENDOUS JOB SCOUTING OUT THE WEEDS

4 runners ran 8.0km to help their local community in Greenwich. 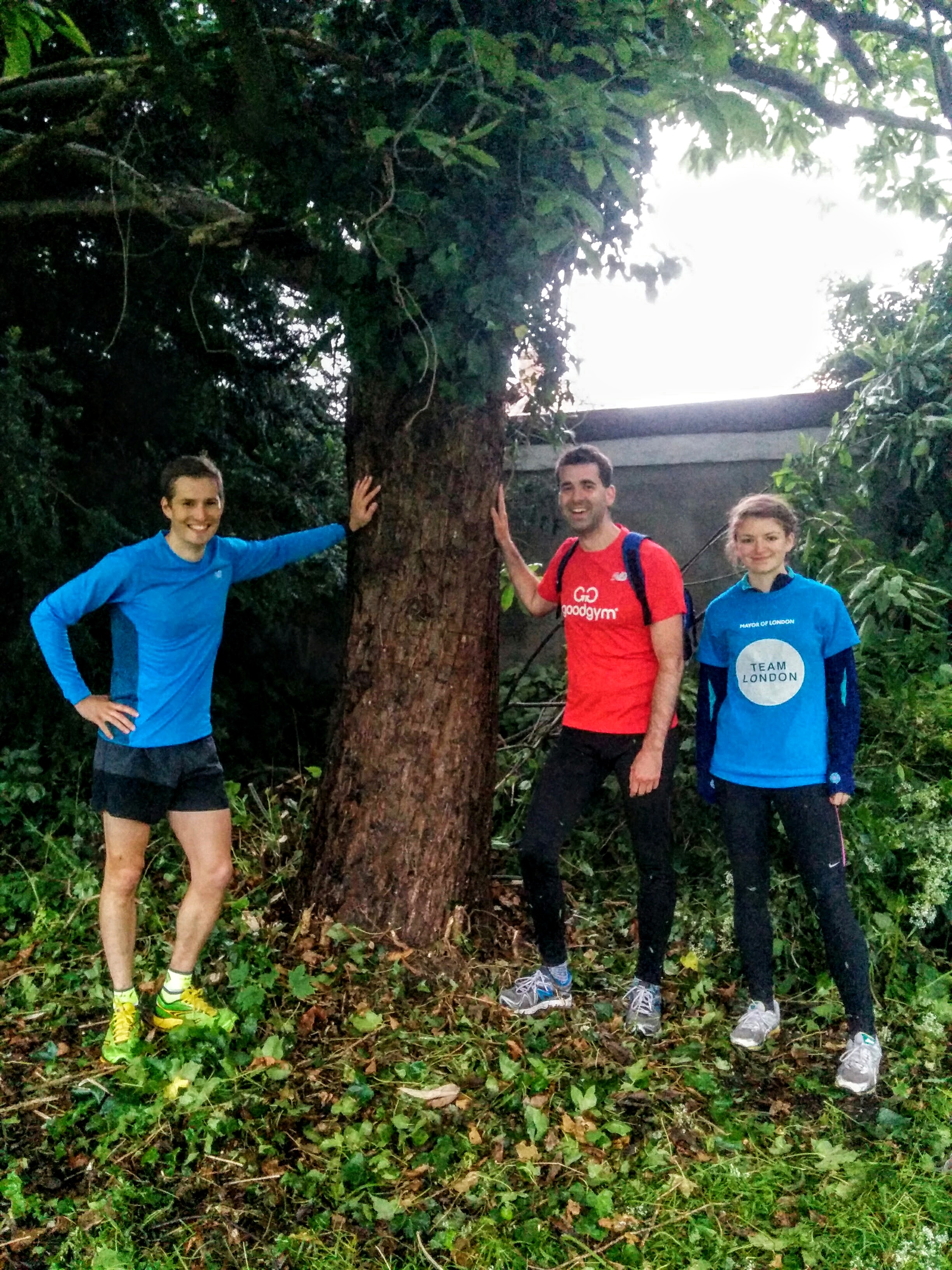 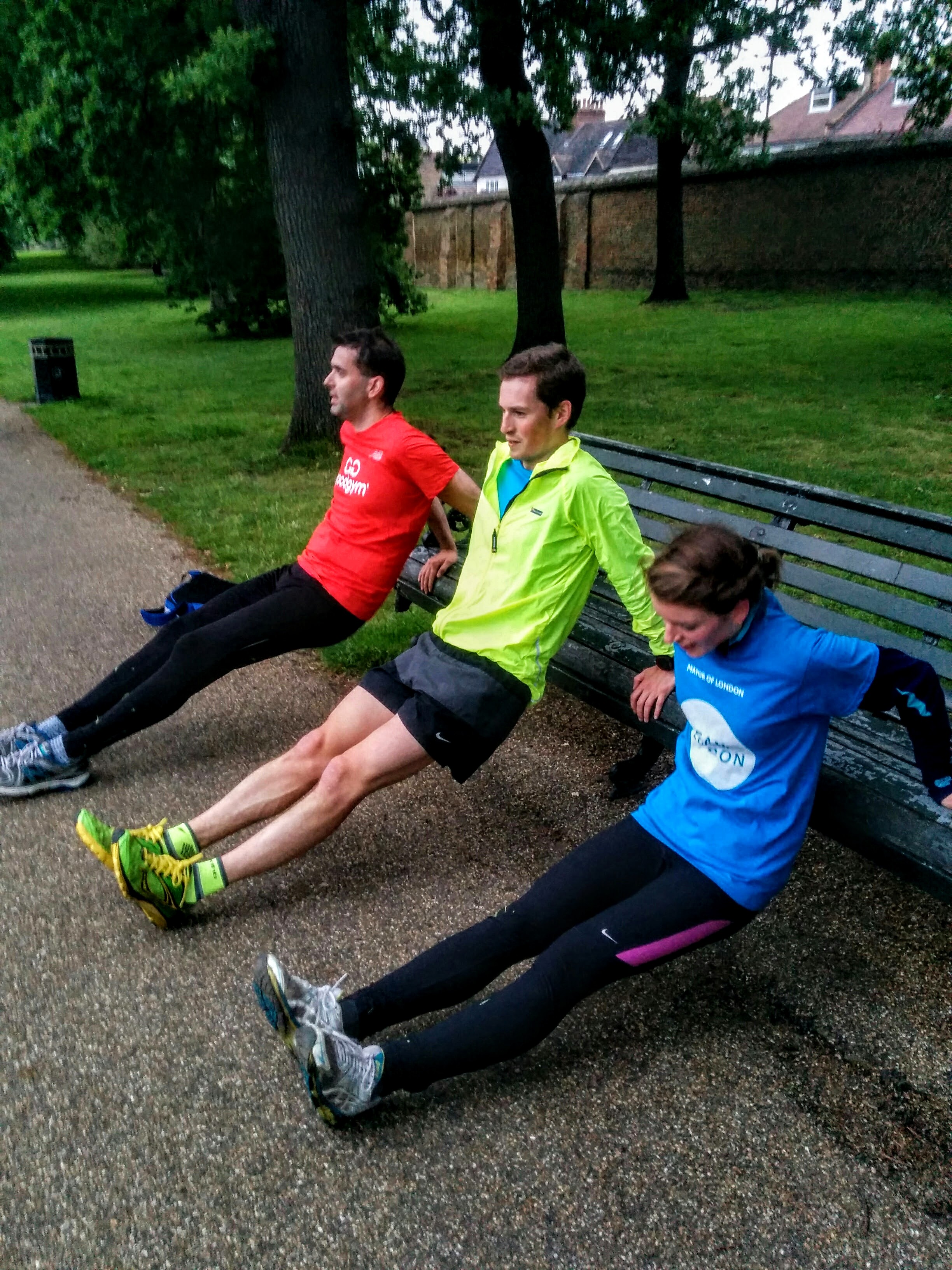 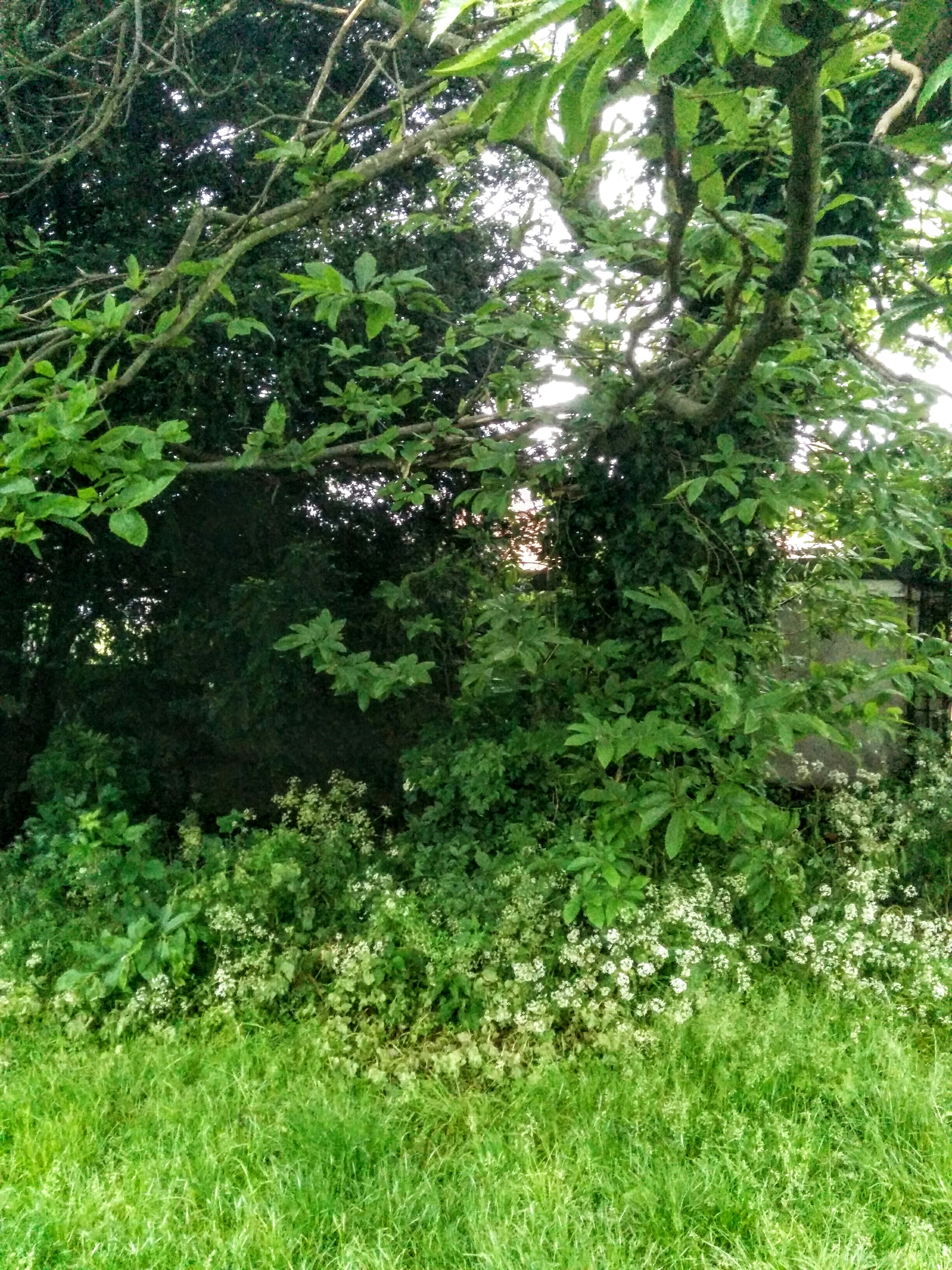 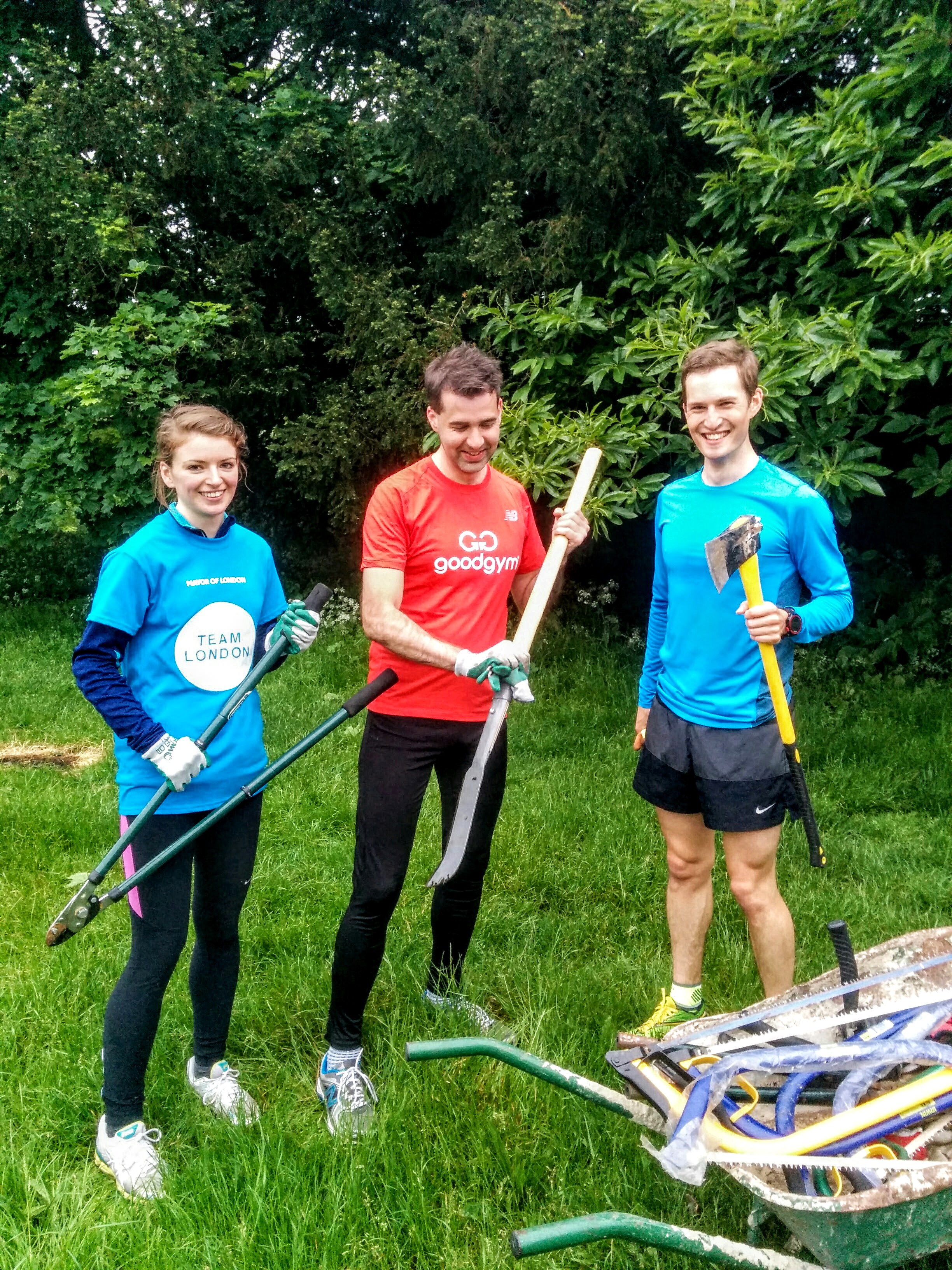 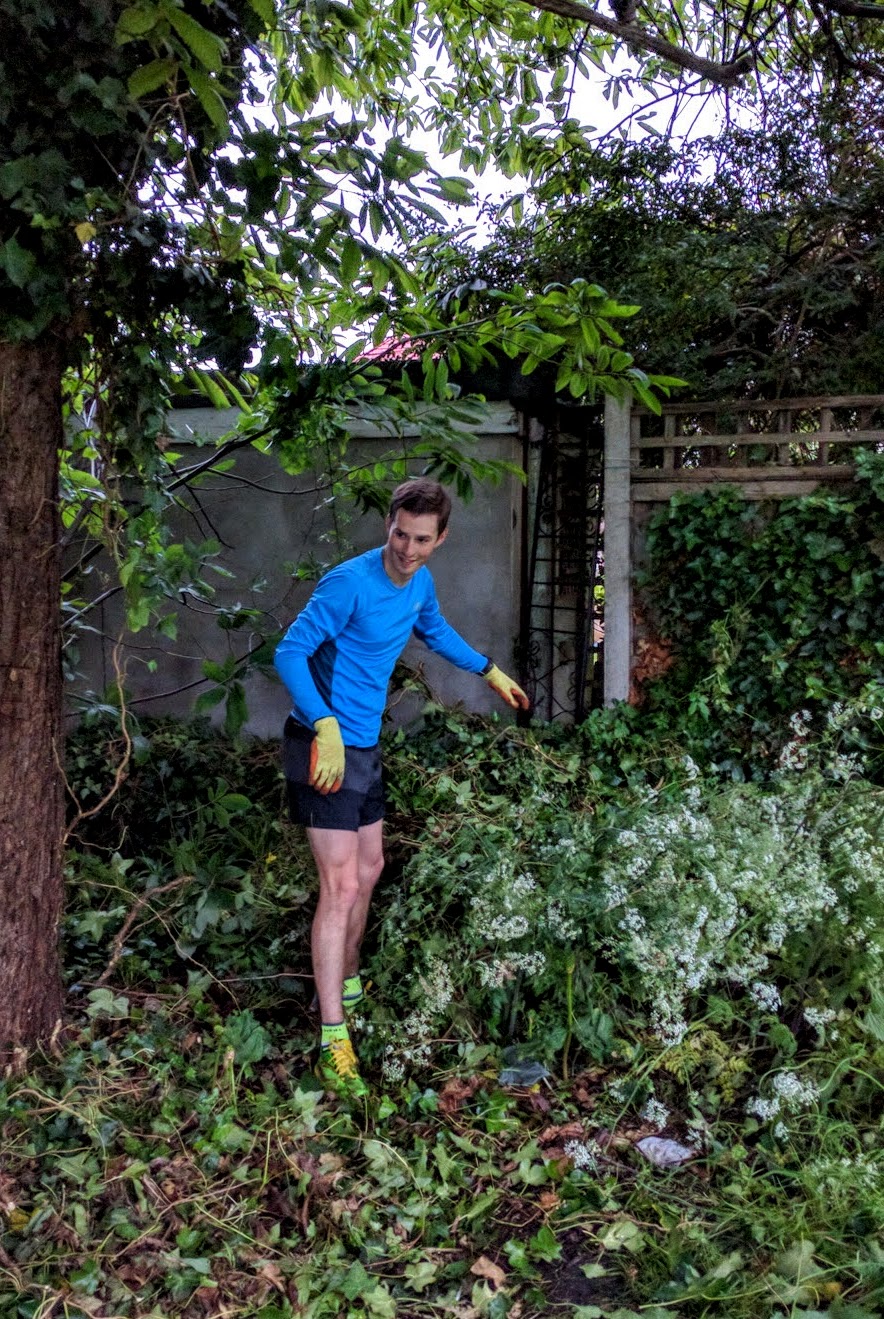 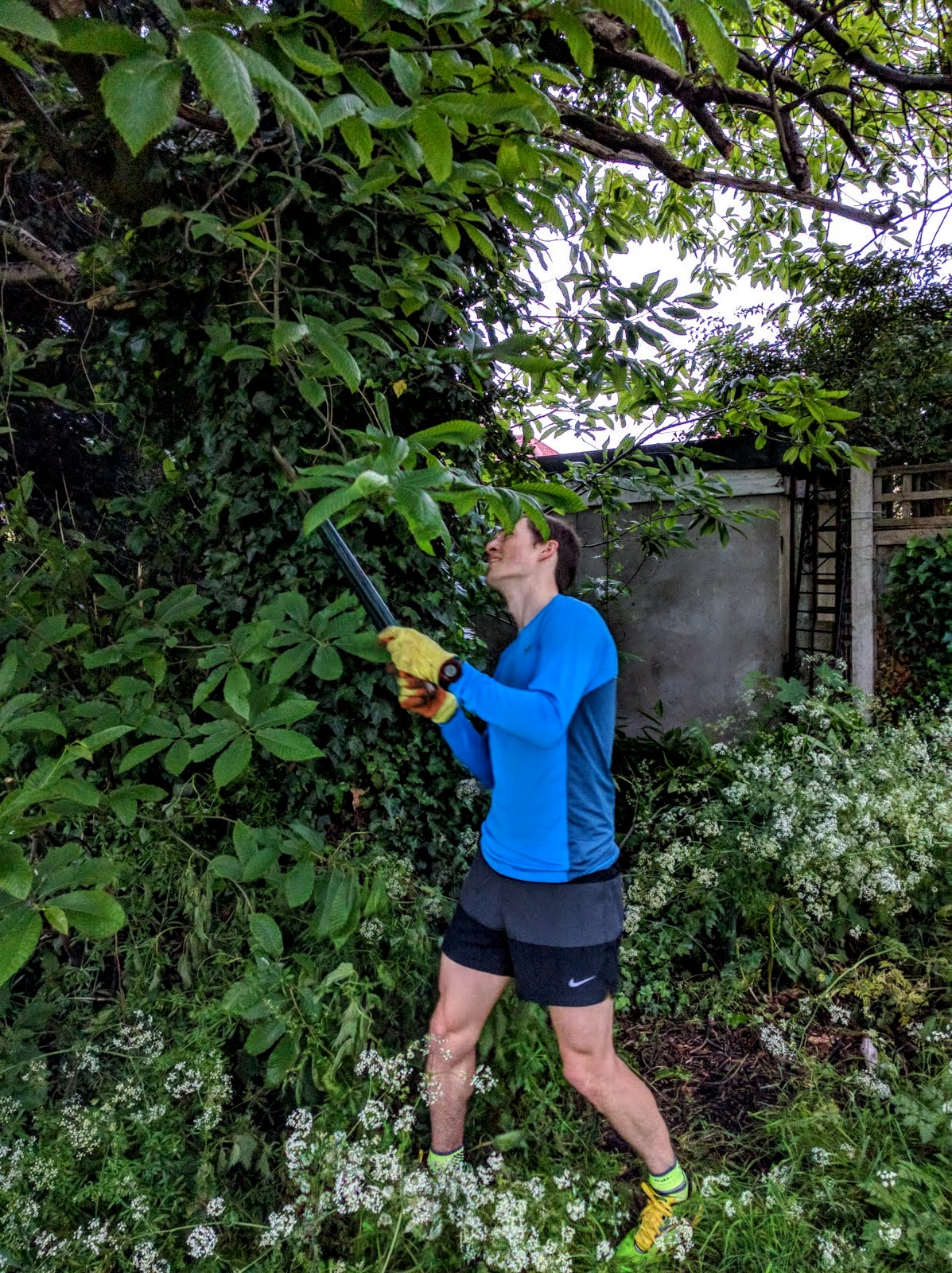 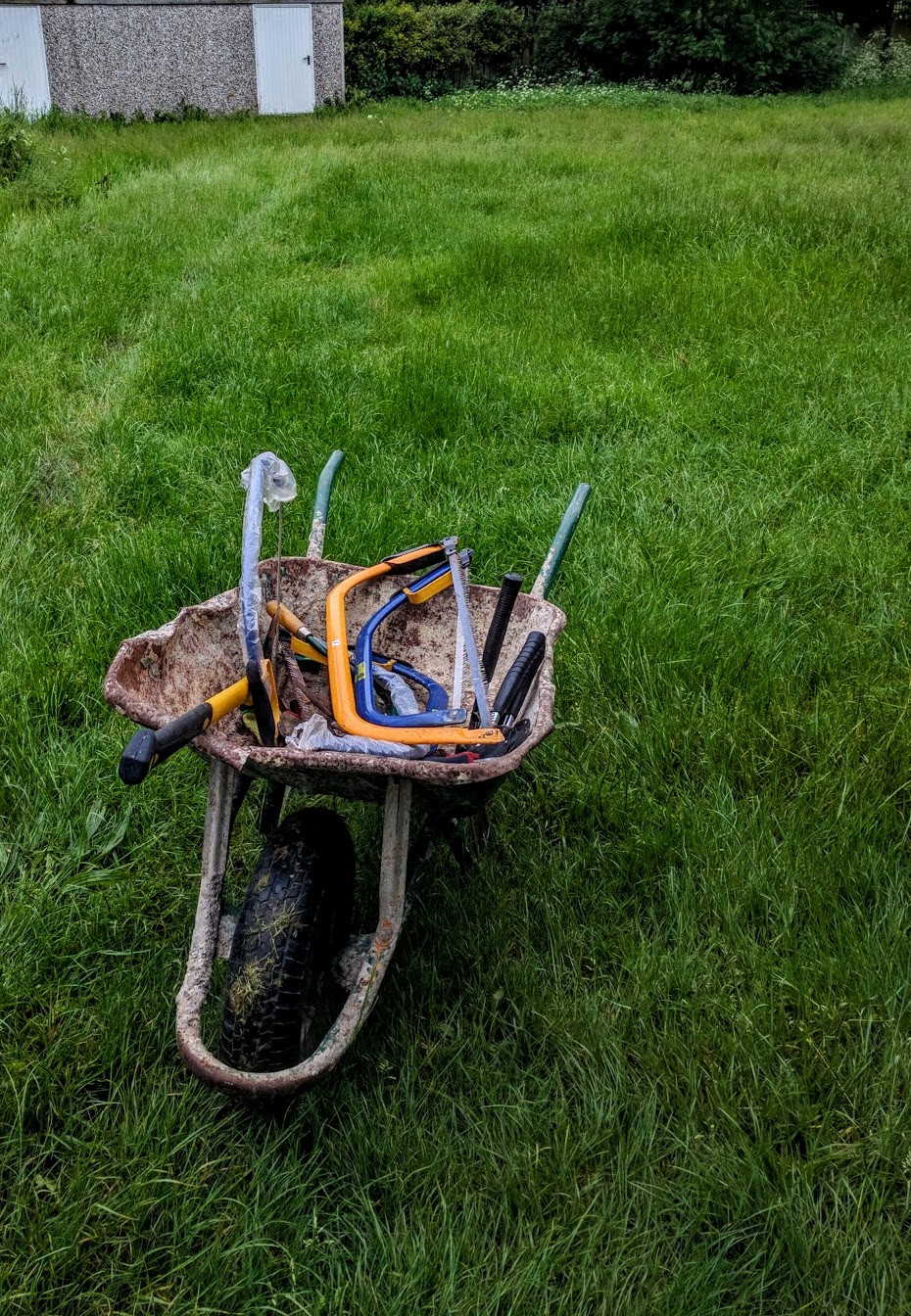 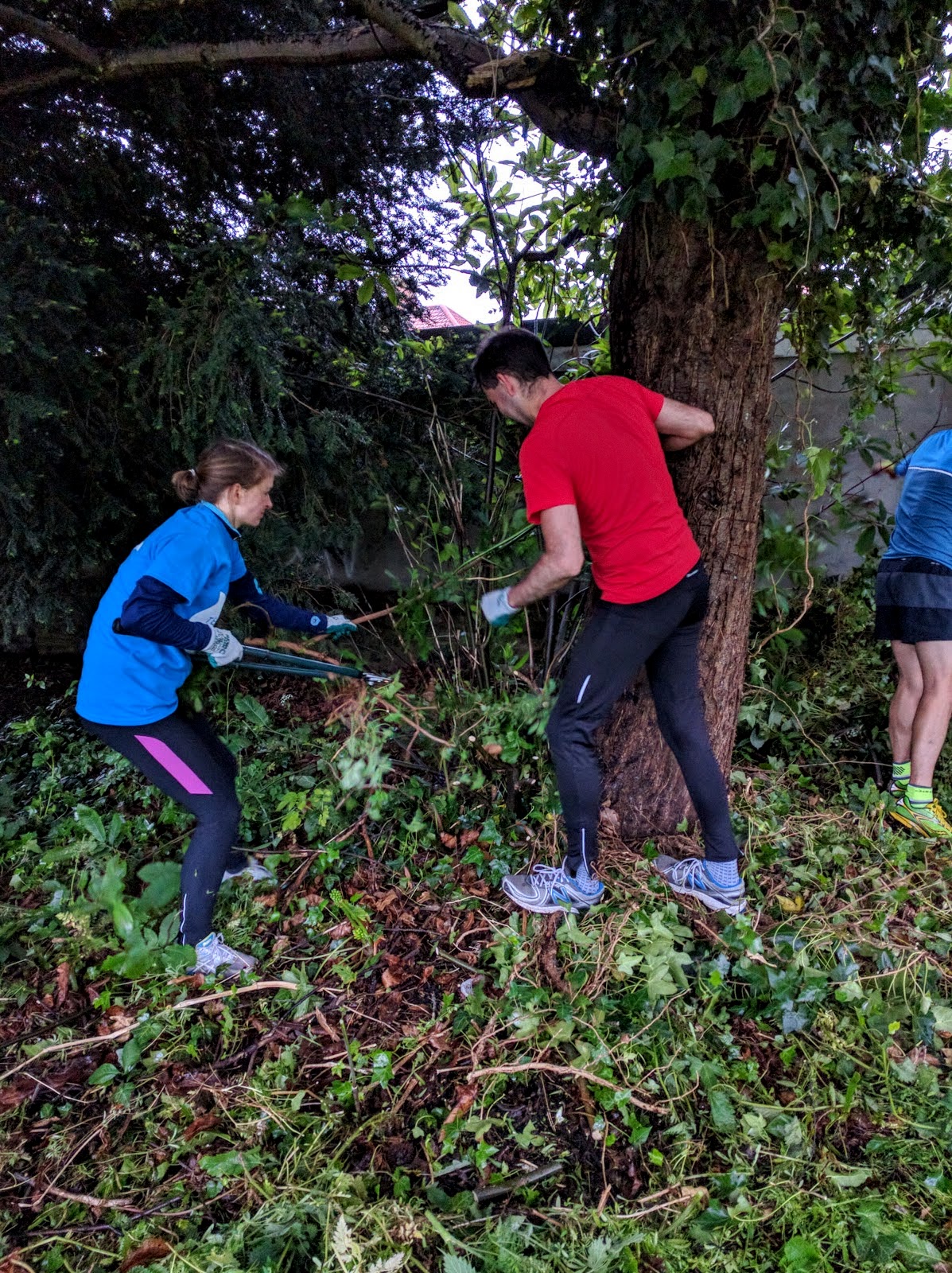 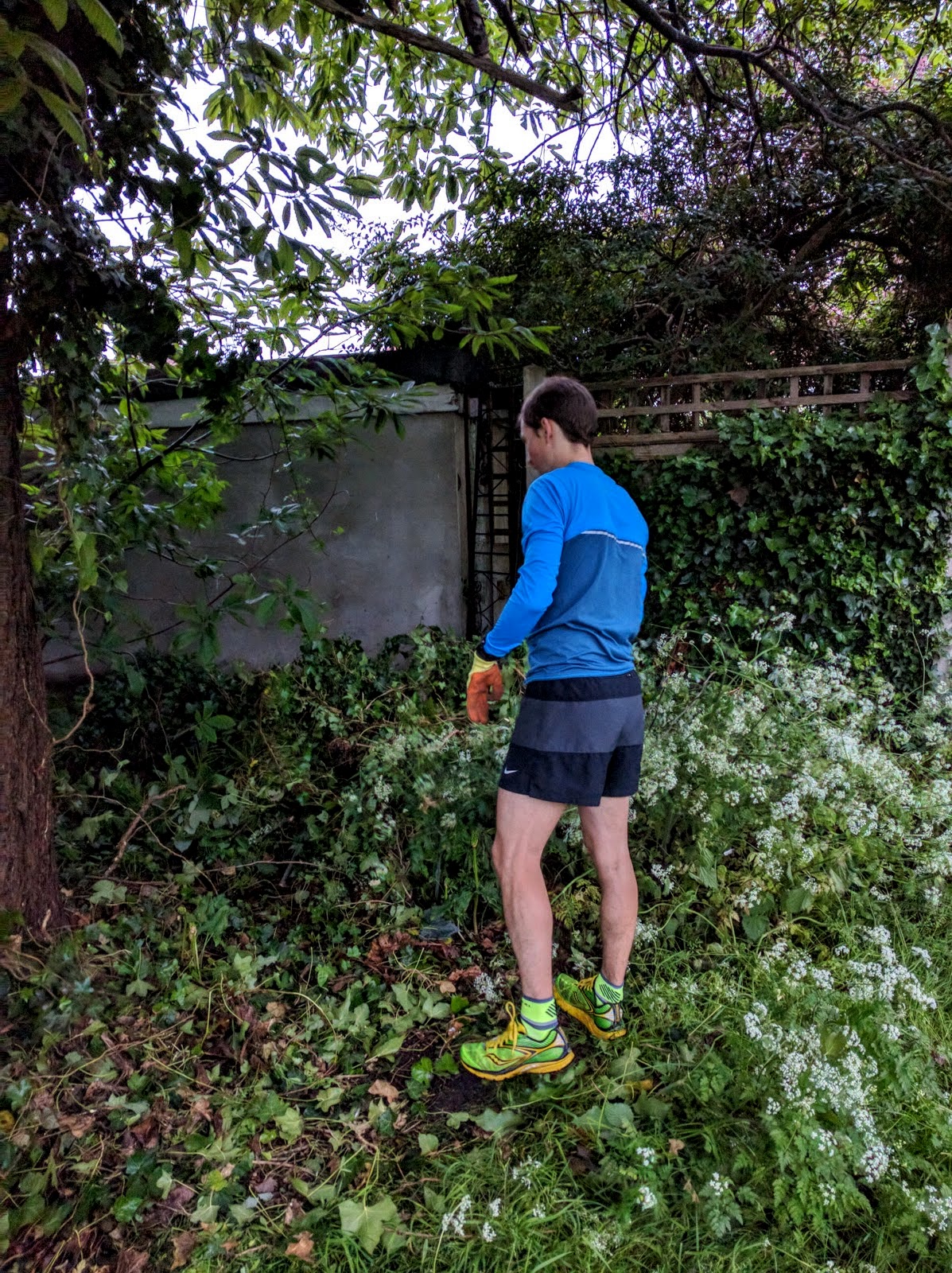 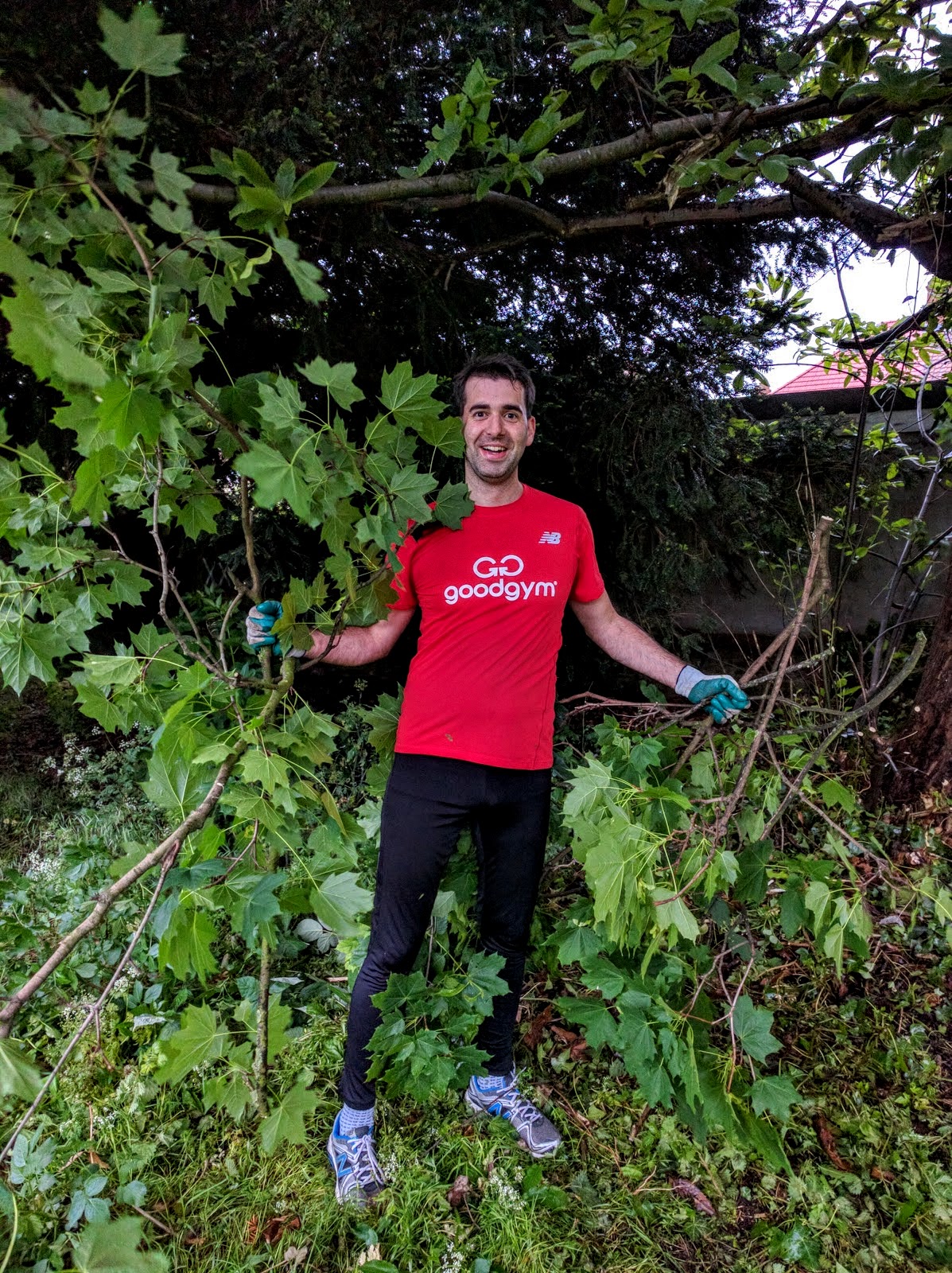 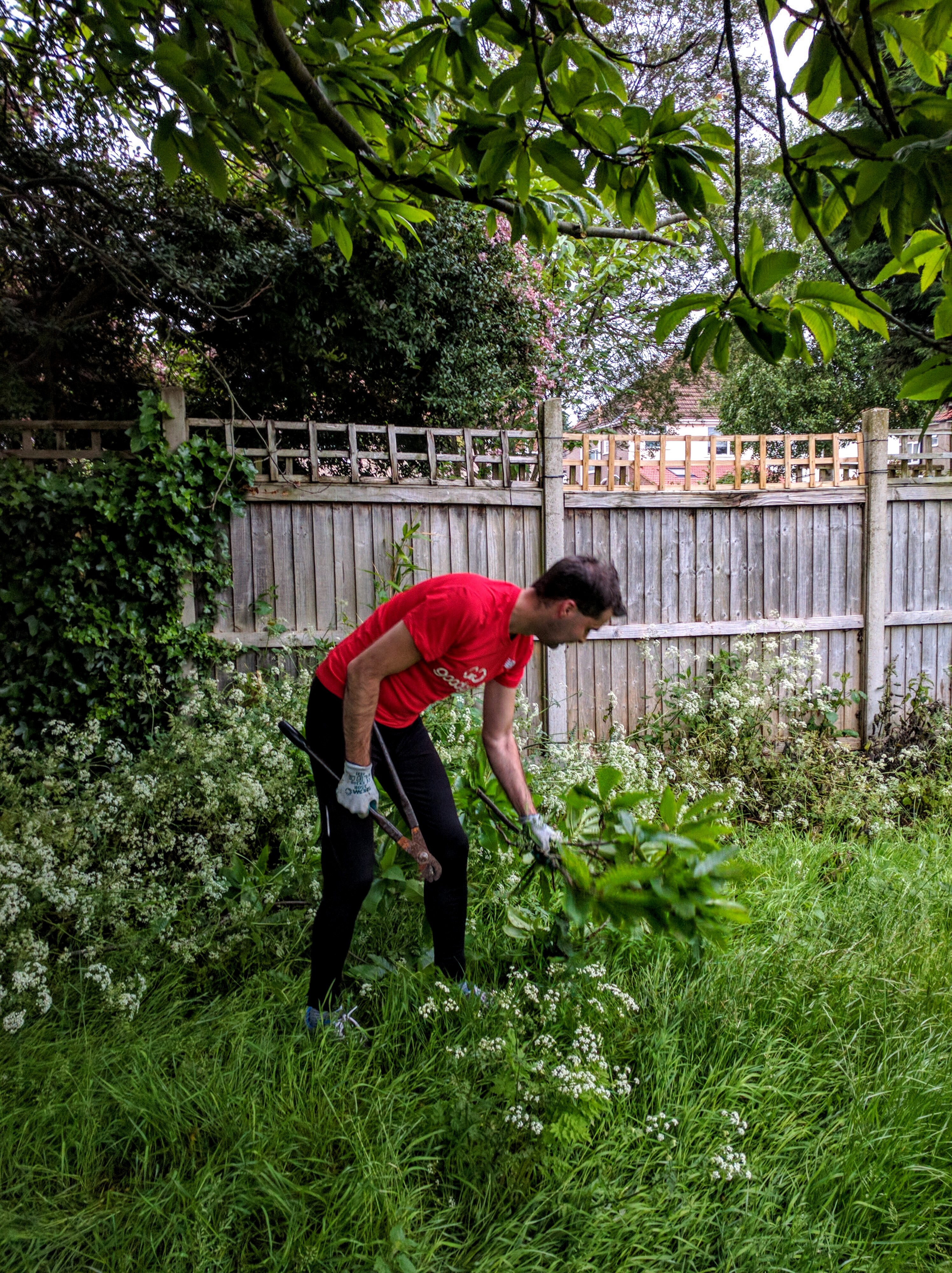 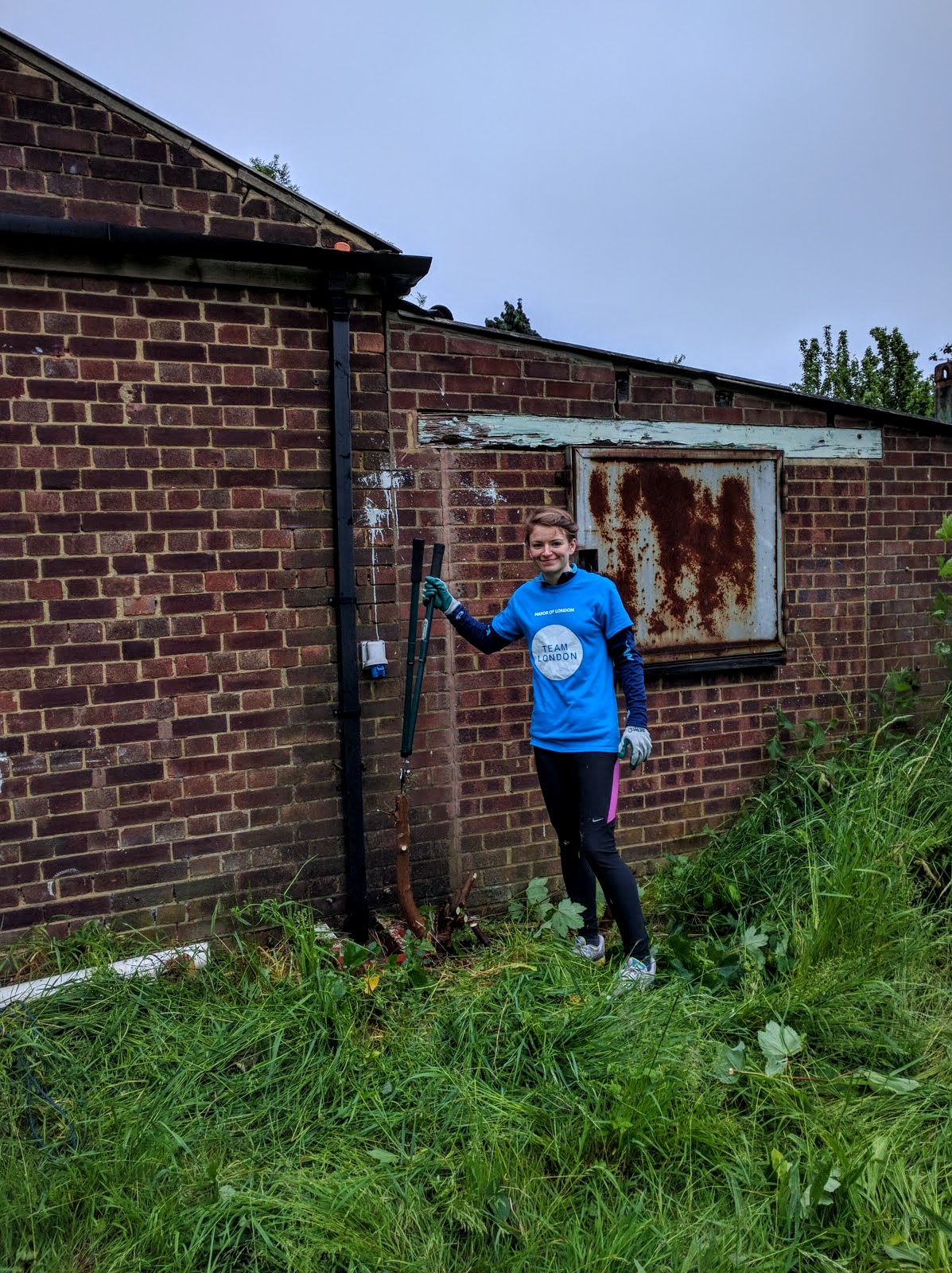 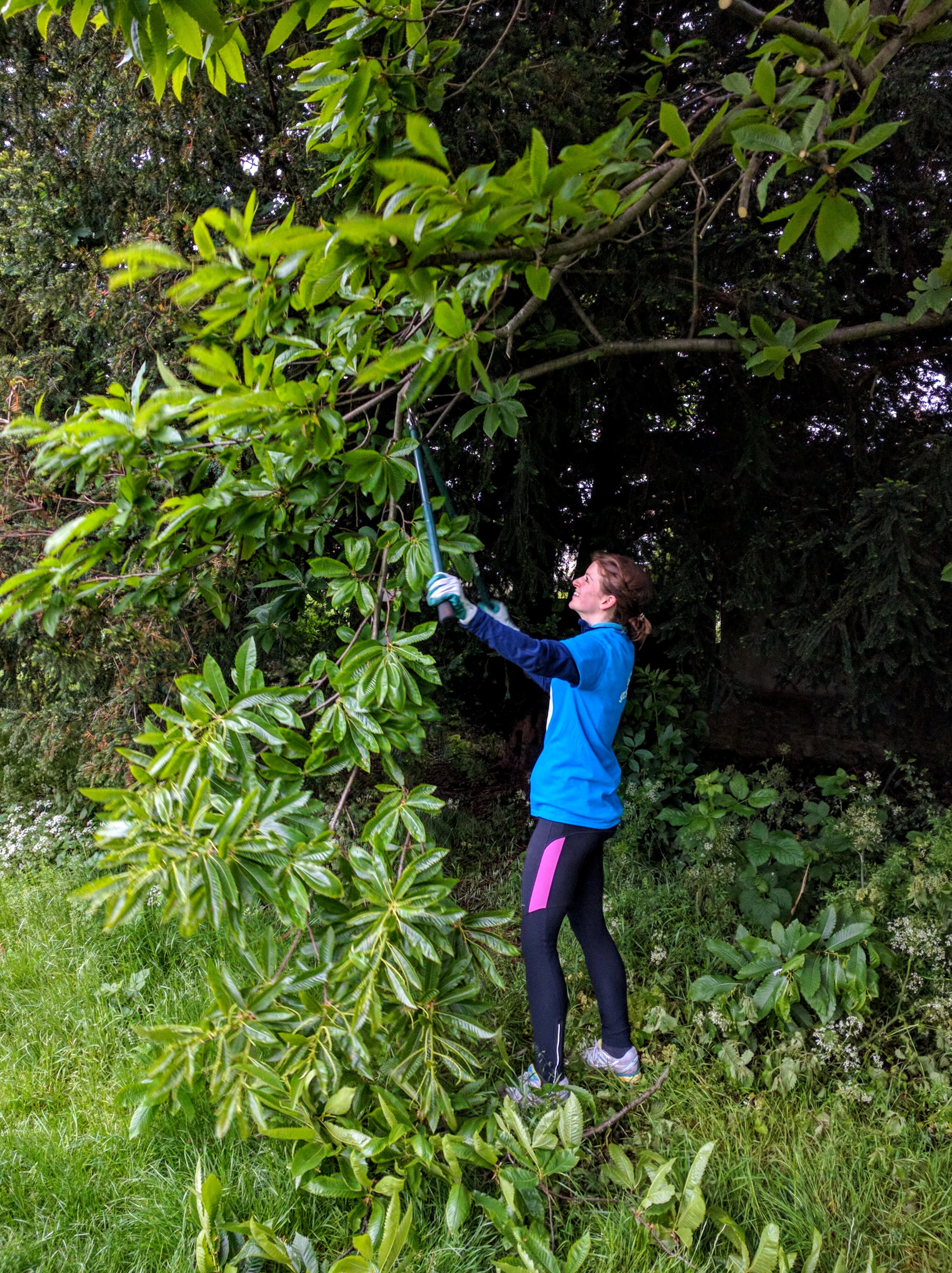 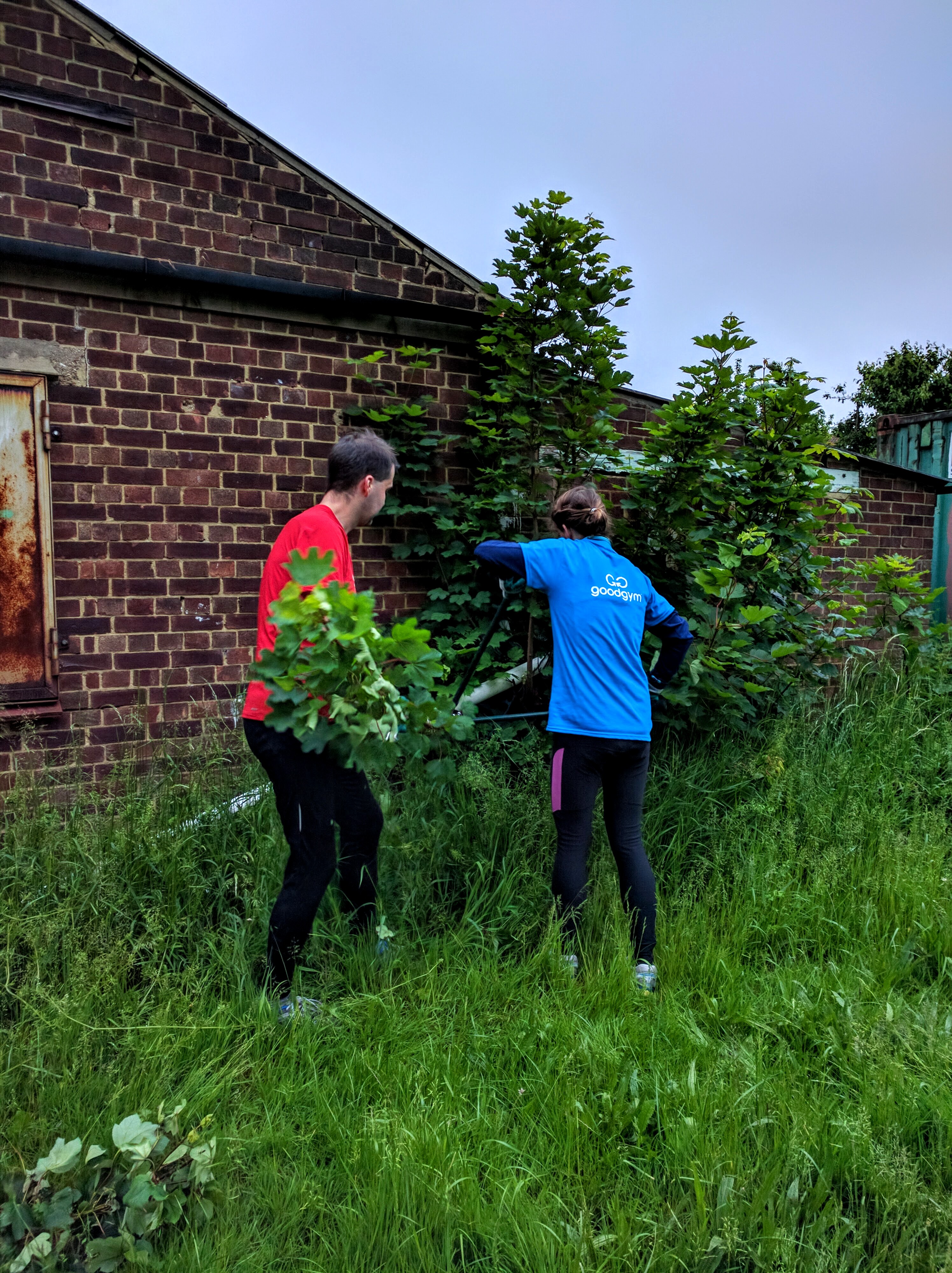 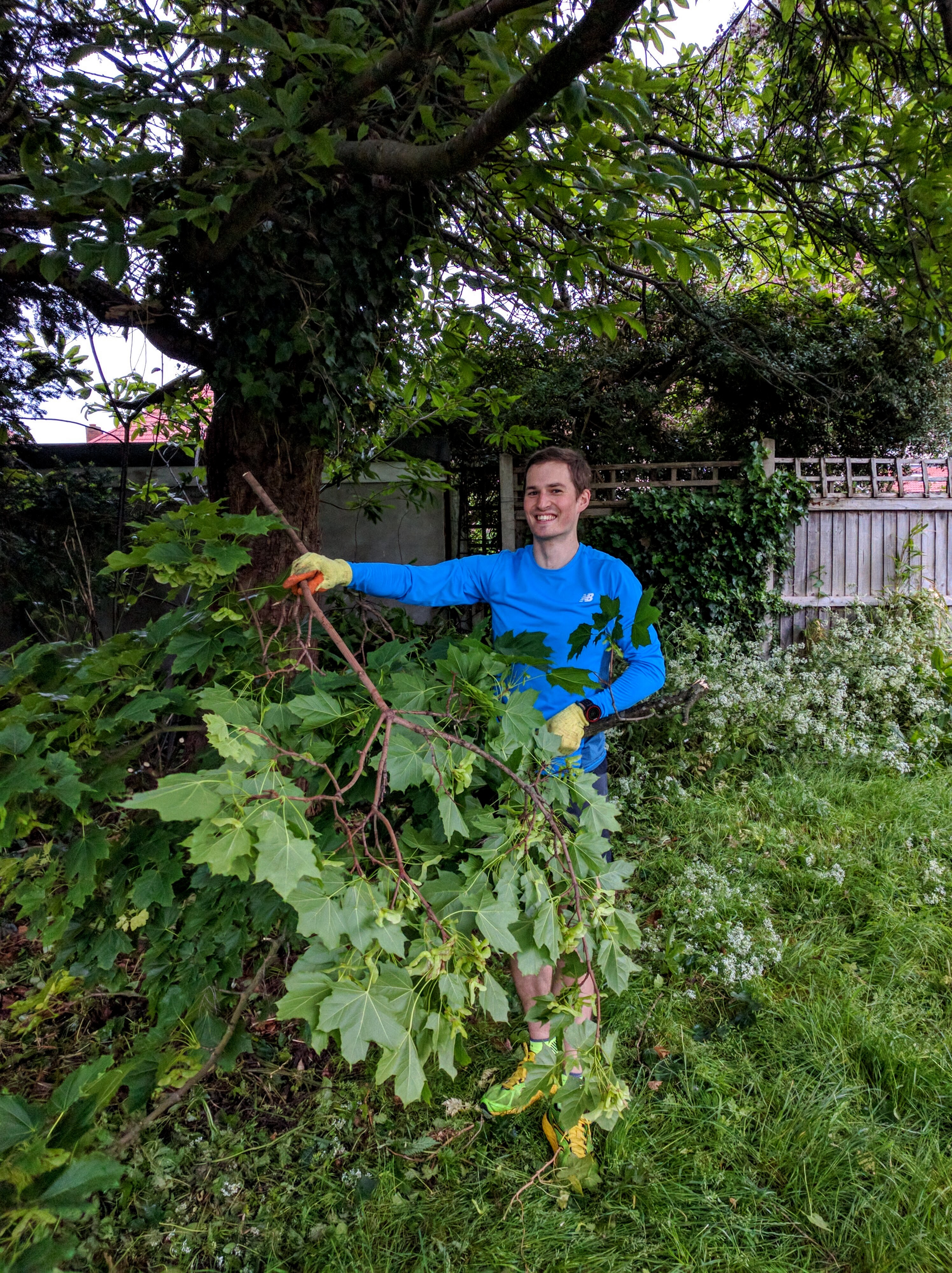 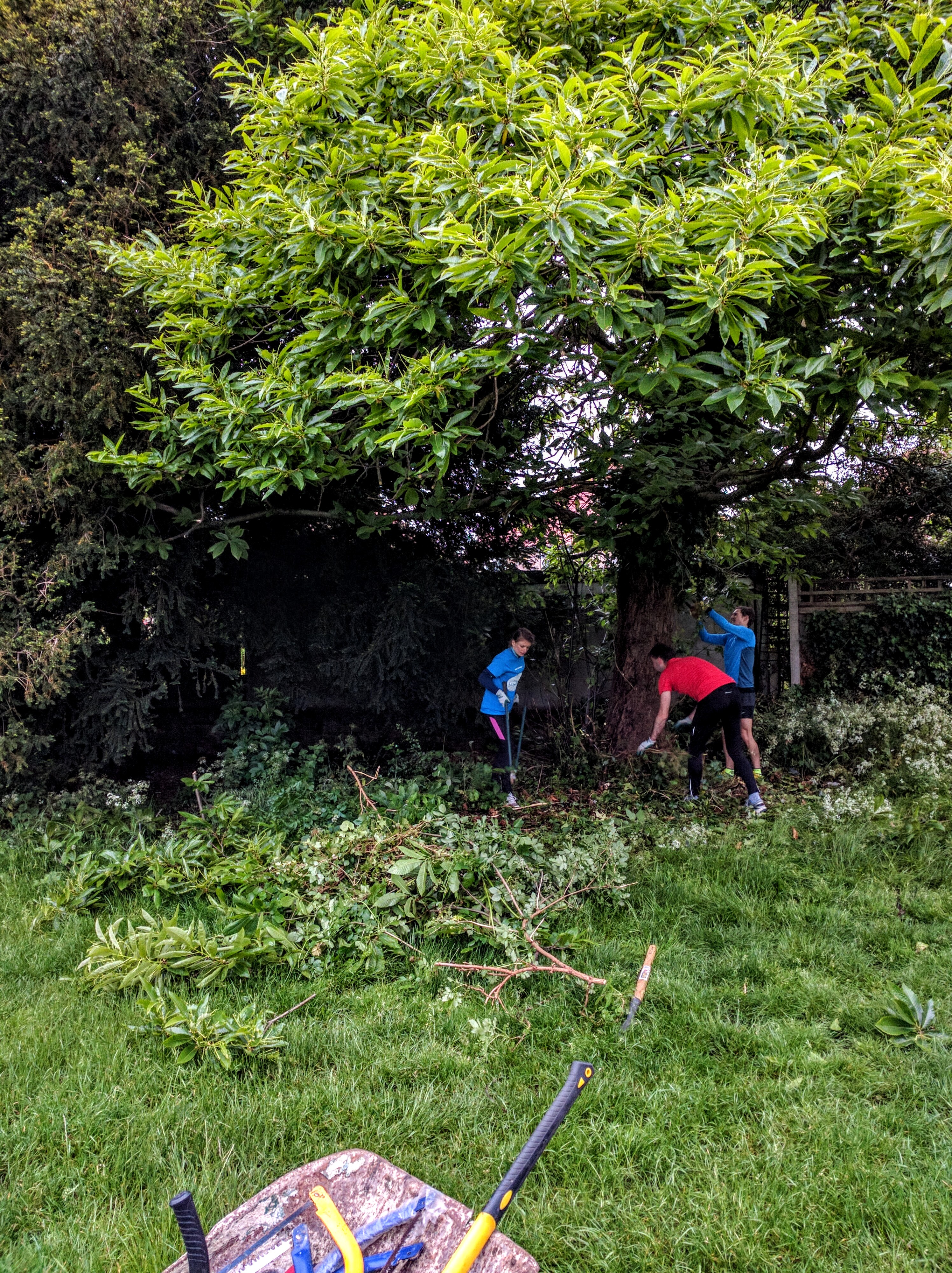 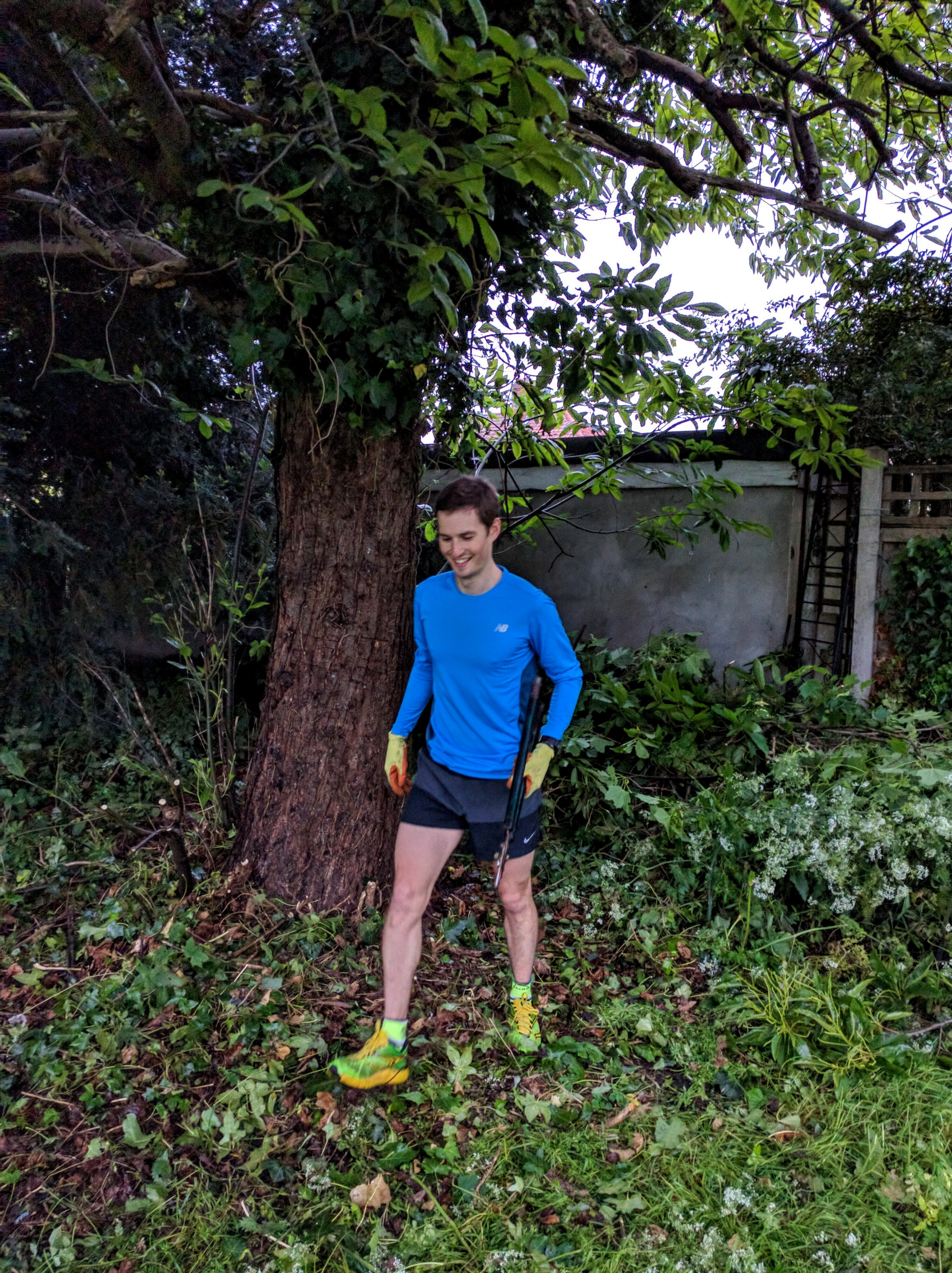 Fantastic 4 run over 7km to take on the beast of a garden at the Greenwich Scouts!

So this week is Volunteer's Week and yesterday was also Global Running Day, so what better way to kill two birds with one stone than coming to GoodGym!

It was a pretty cold and windy one last night, you'd never have thought it was the 1st JUNE!!! Anyway, 6.45 approached and our lovely runners began to arrive. Last night we were joined by our regulars Ben and Amy who also took part in the biggest ever GoodGym run earlier that day! Two Good Deeds in one day, nice one! Let's give her a Cheer here. We were also joined by first timer and super speedy runner James! Welcome to the Greenwich Family!

Off we went to do a quick warm up on the grass. I actually had a game of Stuck in the Mud planned but that's pretty tricky to do with only 4 people haha so sidesteps and sprints it was! More of a reason to bring your friends next time.. fun warm up games!!

Once the hearts were pumping and the blood was flowing, we set off on our journey to the Scouts. We went there a few weeks back to fill in some holes which had been made by the foxes but last night we returned to tackle the jungle of a garden!

We ran through Greenwich Park and up the hill which slightly resembled Mount Everest (to me) but I don't think it even registered as even a mild incline to these superstar runners as I watched them from the back of the pack as I was panting my lungs out. Ha!

THE BEST TOOLS EVER

3.5km later, we made it to the Scouts. It is a bit of a difficult location to find, but thanks to Ben's amazing memory, we found it no trouble :)

We were greeted by Alan who showed us the jobs at hand and presented the wheelbarrow of "awesome tools". Amy's weapon of choice was the set of "branch scissors".. technical term there. I apologise I am no gardening expert so you'll have to make do with these names. She got to work with cutting down all the low hanging branches. Ben chose the same tool and got to work on all the brambles and other nasty things that covered the base of the tree. In between taking photos and motivating, I also helped out and went for the knife on a stick tool and hacked away at sticky weed & nettles. And James chose arguably the best tool, HIS BARE HANDS, and proceeded to rip off all the ivy off the tree that was suffocating it and killing it. It was actually so nice to see the ivy gone, like the tree can now actually breathe and live a nice life!

The task at hand was pretty huge, and I even said to Alan when we got there that if we don't get all of it done, we can come back another time. But who'd have thought these runners were just as speedy at cutting things down as they are at running???

Amy & Ben even got to tackle another tree which they ripped down in about 5 minutes. Nice!!

30 minutes later and the job was DONE!!!

Off we went back to base camp, with some sprint intervals along the way or SPRINTERVALS. Yeah I made that up just now, you're welcome. As we ran through the park, there was a nice little bench so a great opportunity for 20 tricep dips as I took some snaps of the team. Great photos by the way, you're all very photogenic!

After clocking nearly 5 miles on the Garmin, a bunch of sprints and dips, and a further half an hour bent over and chopping down weeds, a big stretch was in order. Well the stretch was supposed to be nice, but there were a few moans and groans coming from various people haha! Maybe I'll bring some soothing music next time...

Nice work guys, I'm genuinely so impressed! Thanks so much for coming and hopefully see you next week!

Ace! Groan-inducing stretches are the best ;)