Too clothes for comfort!

13 runners ran 3.3km to help the Clothes For Causes in Greenwich. 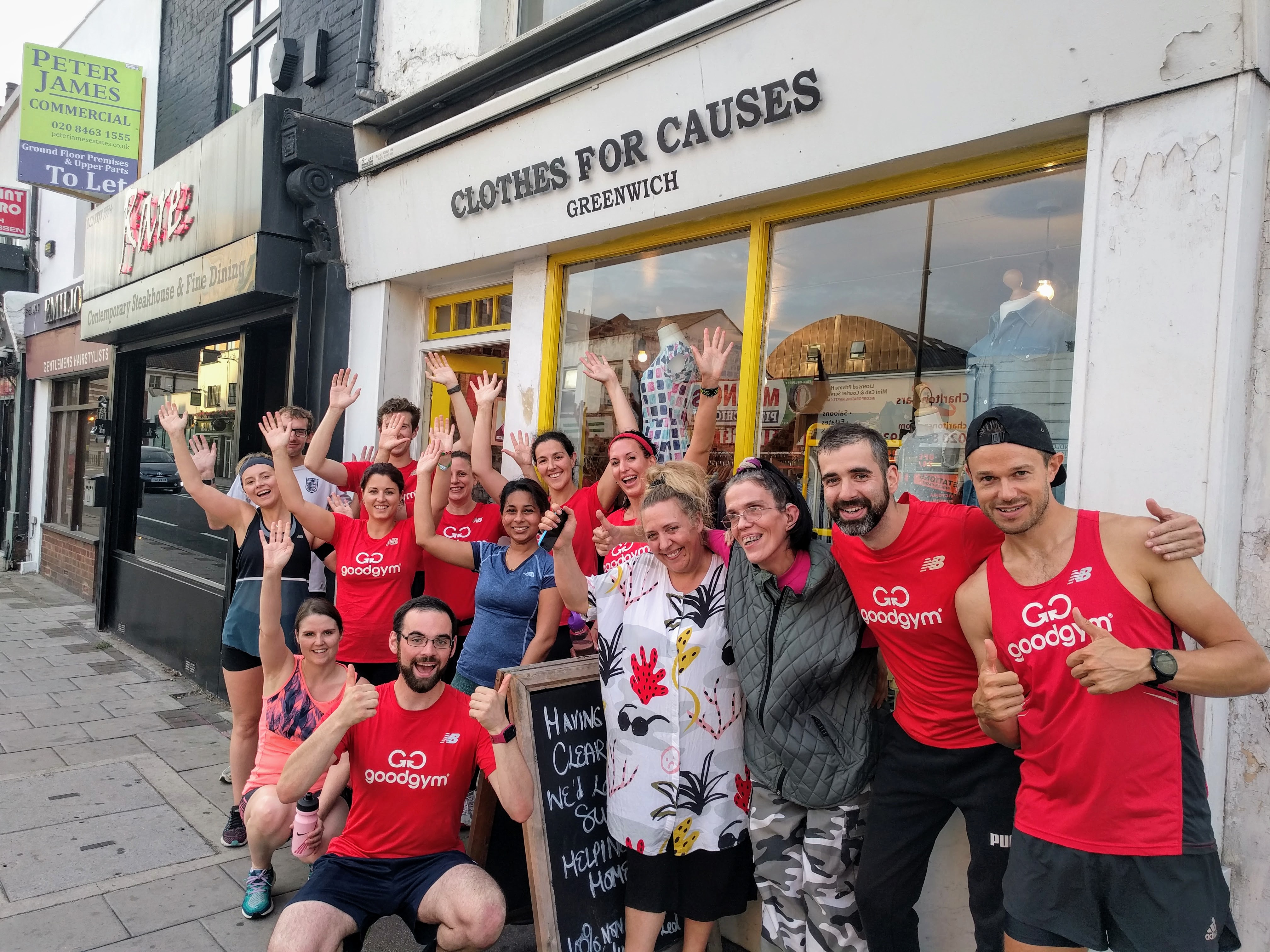 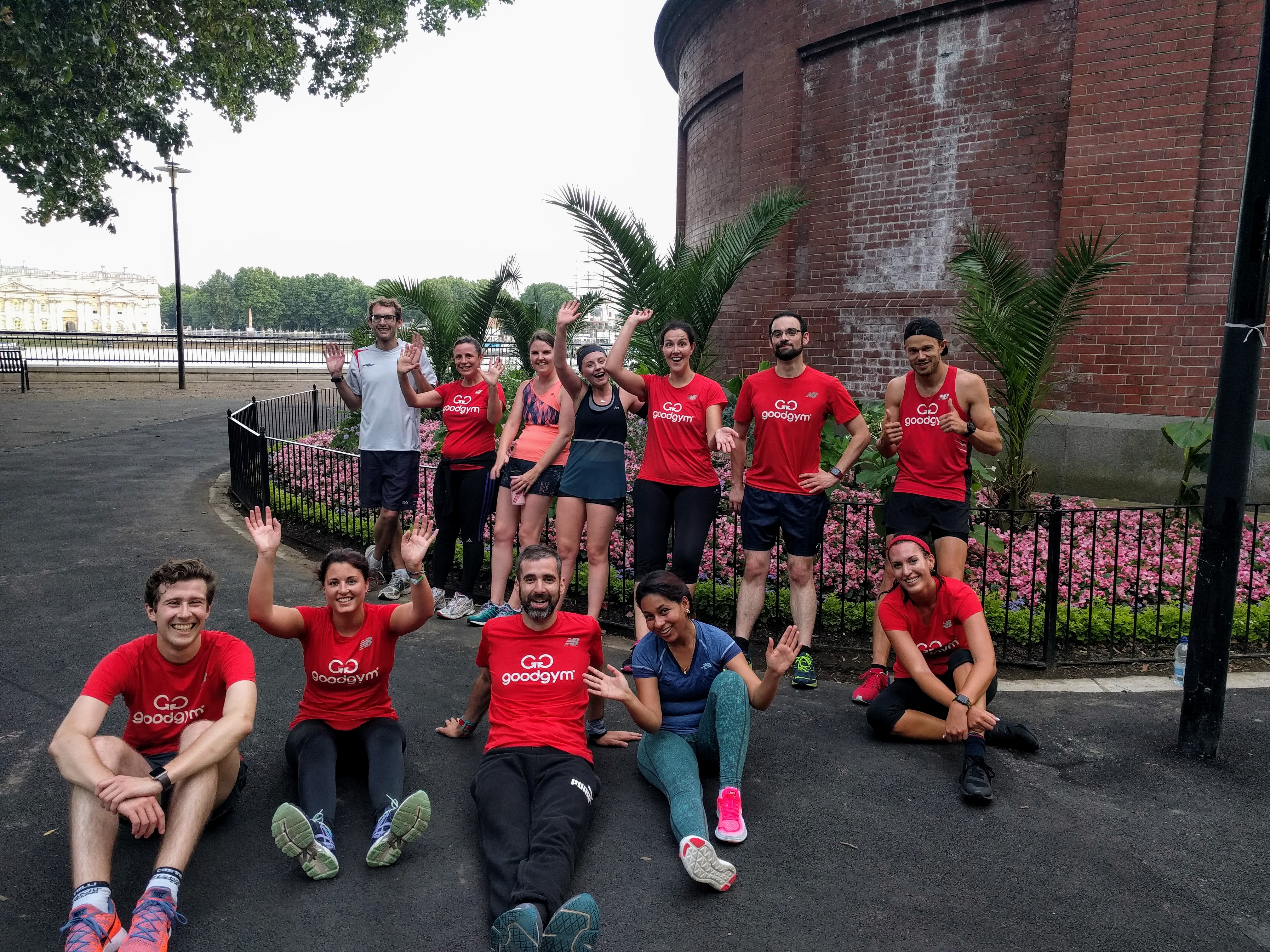 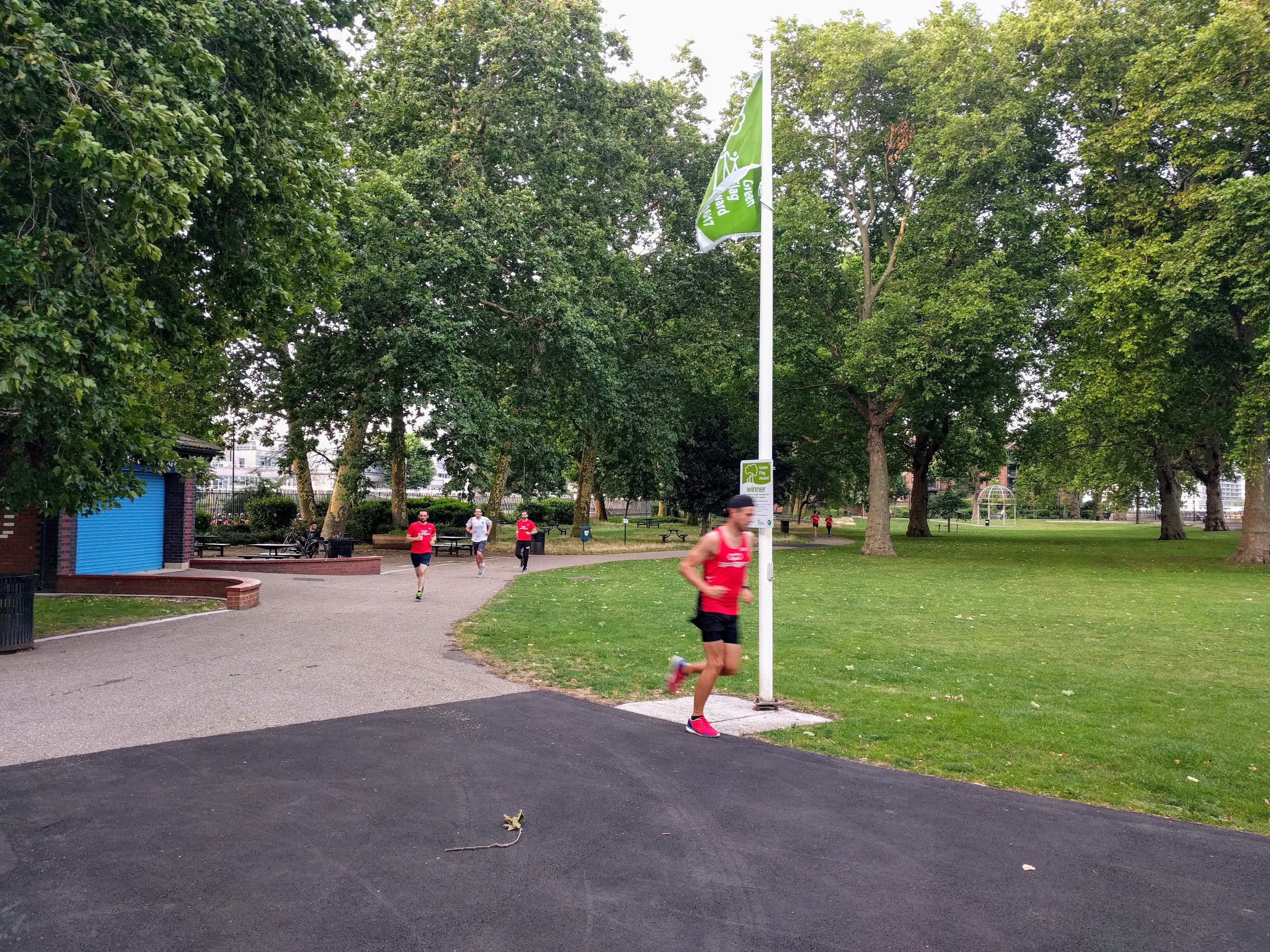 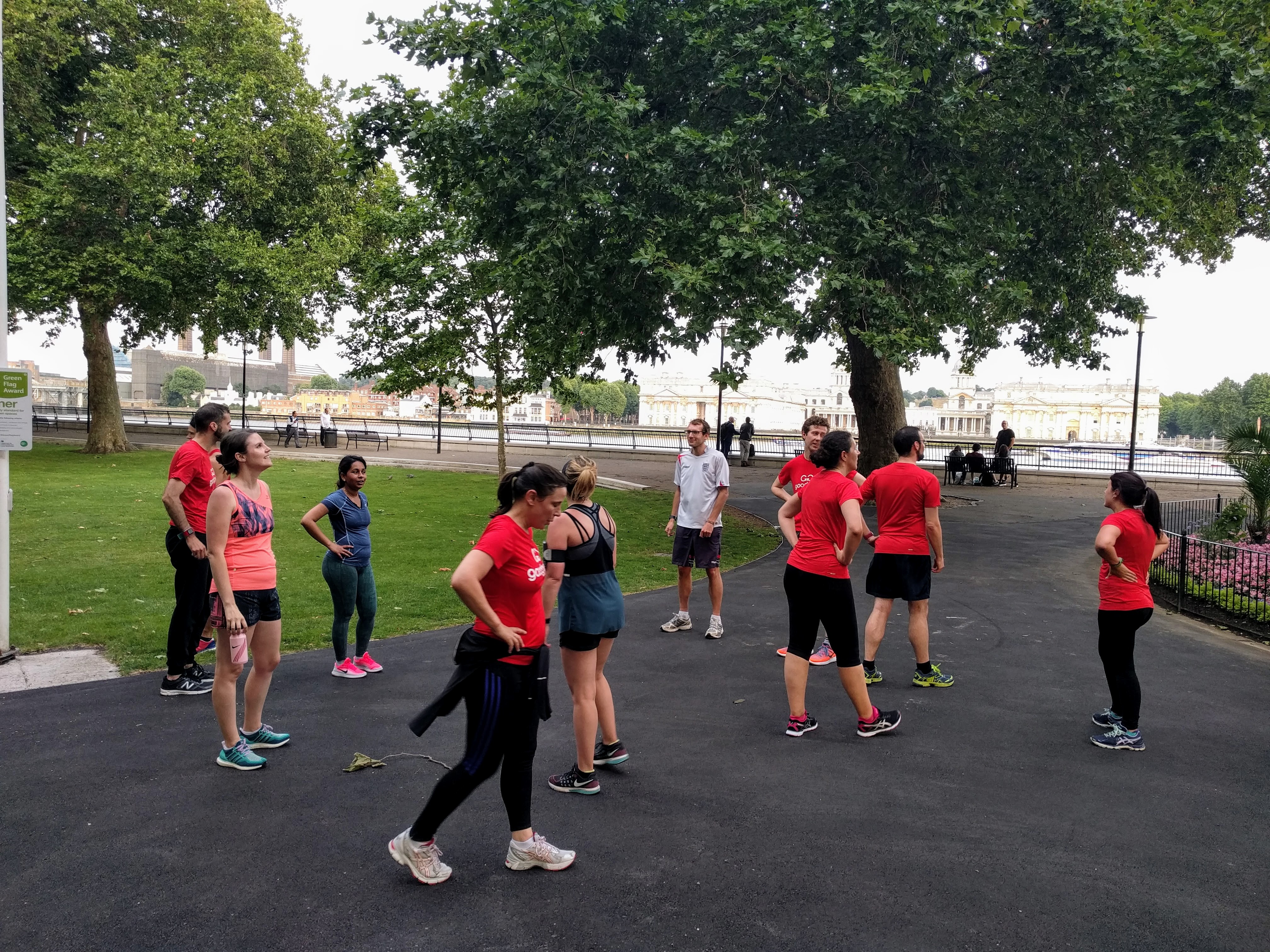 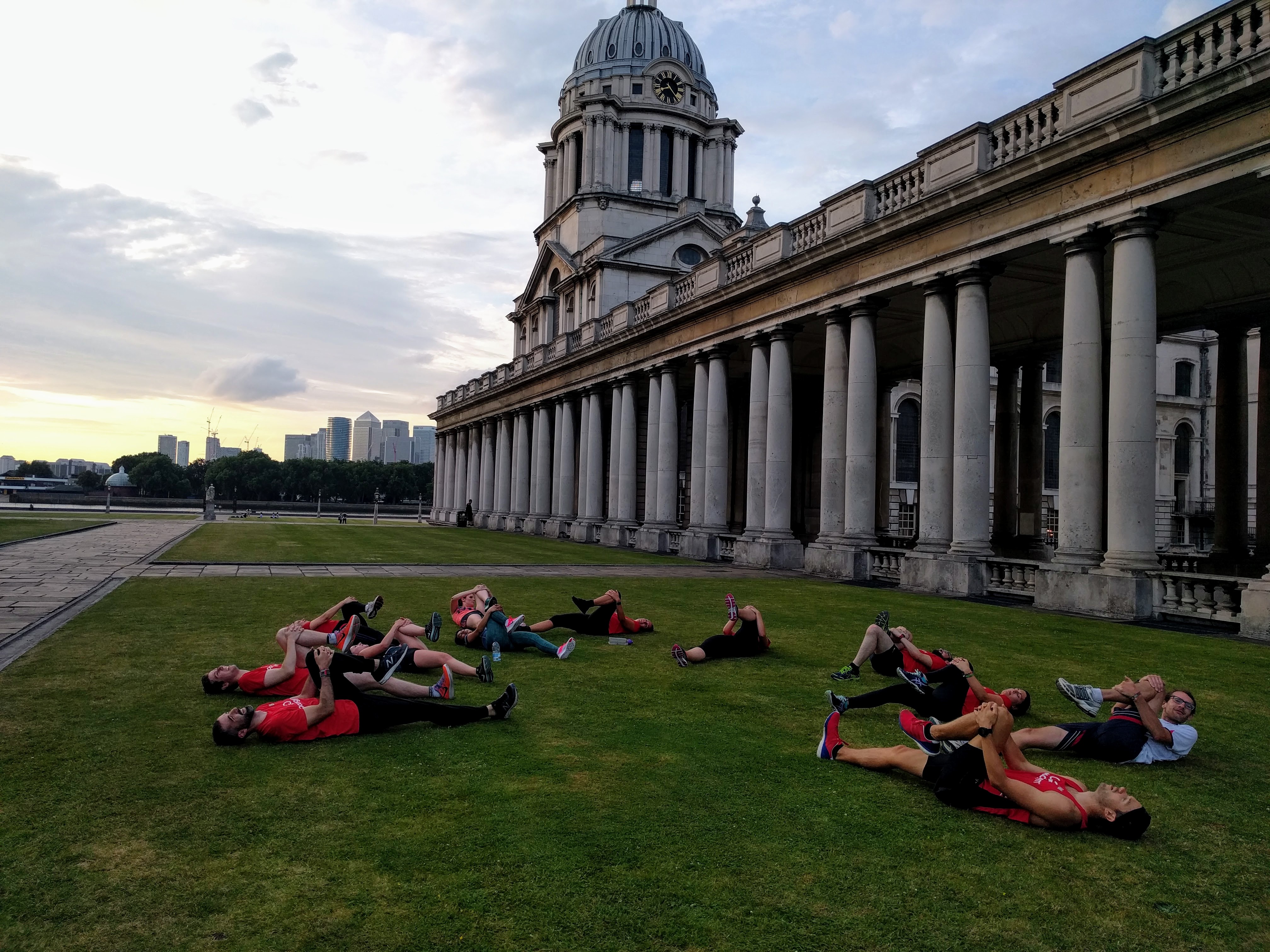 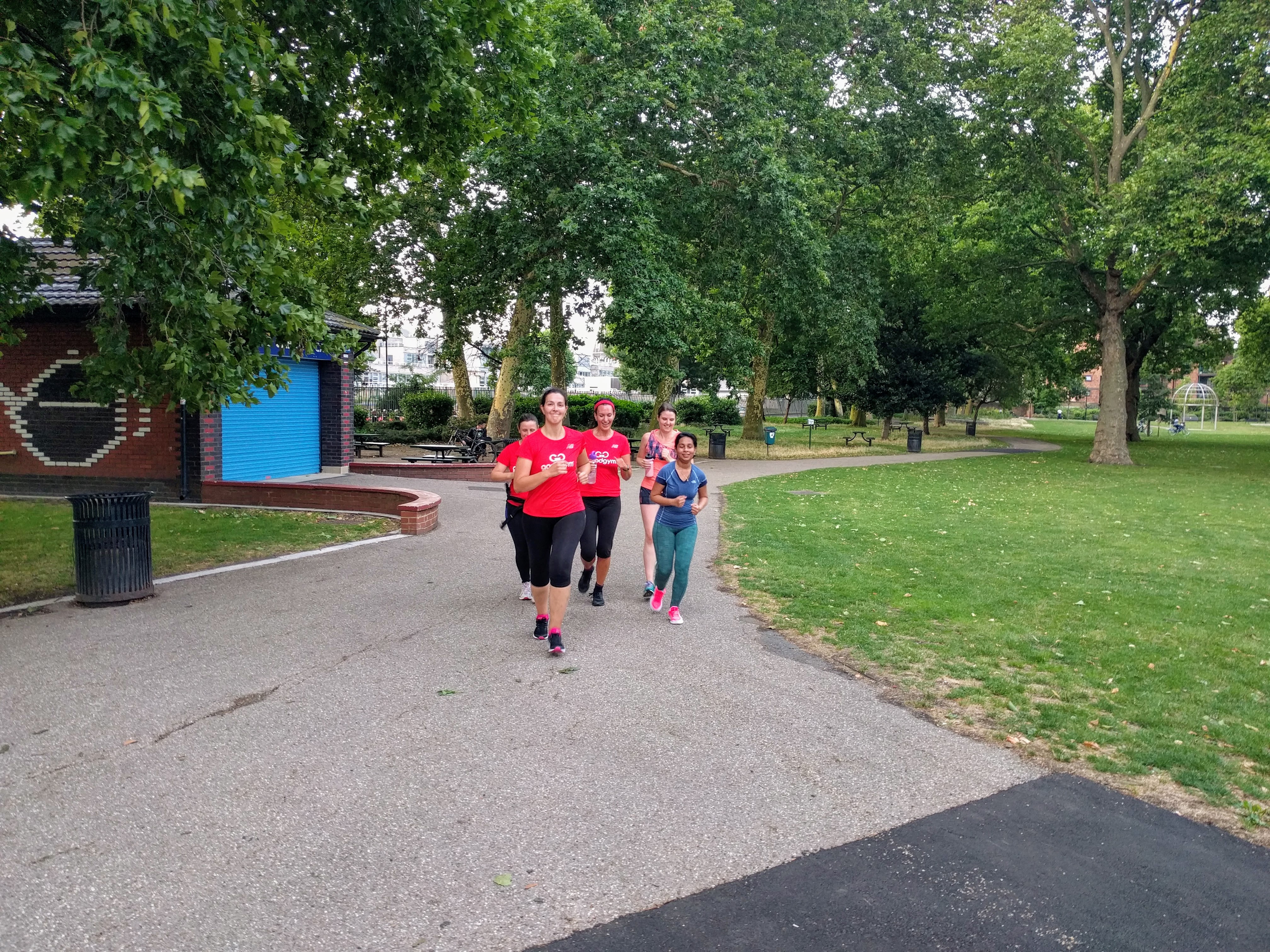 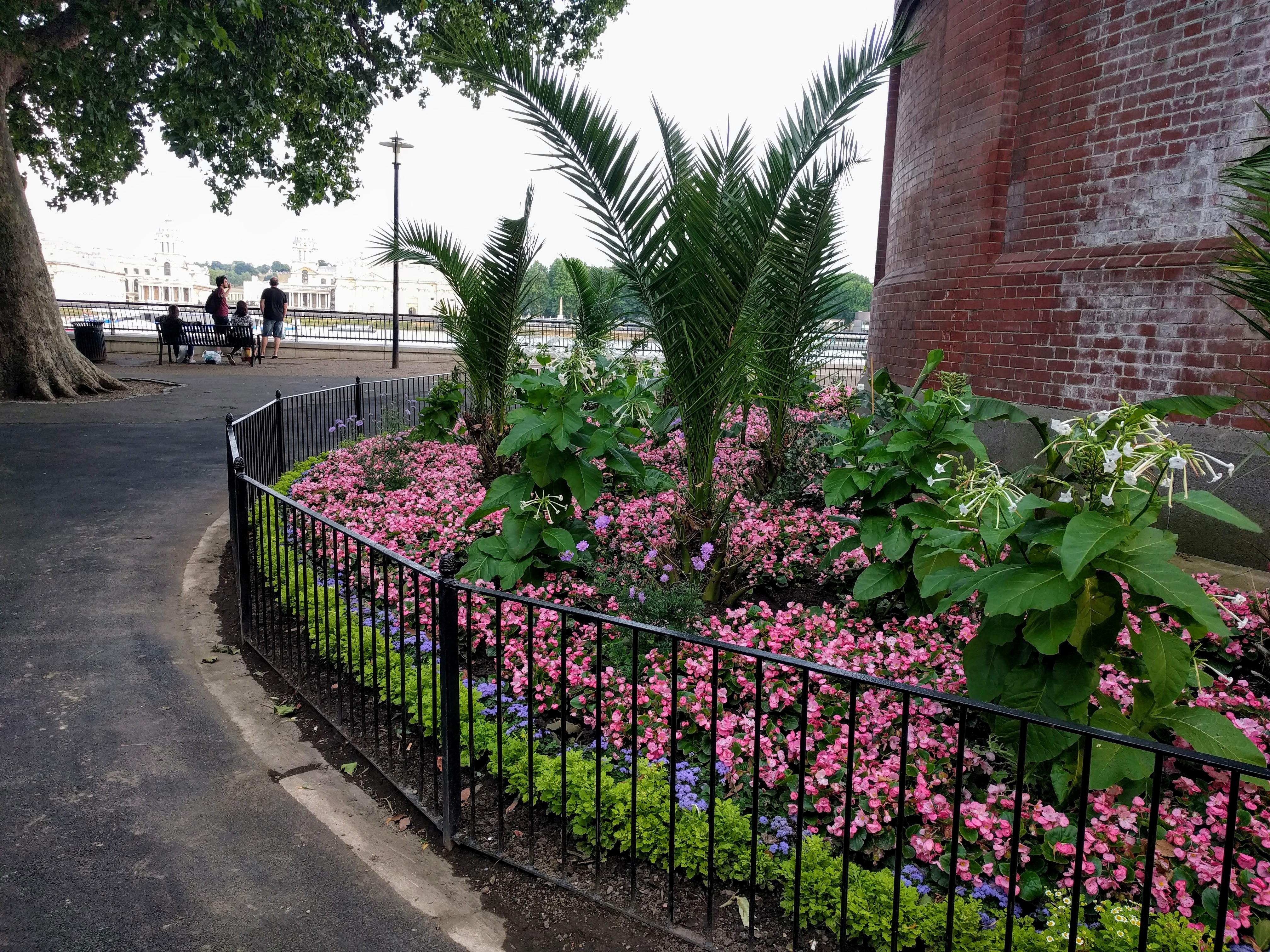 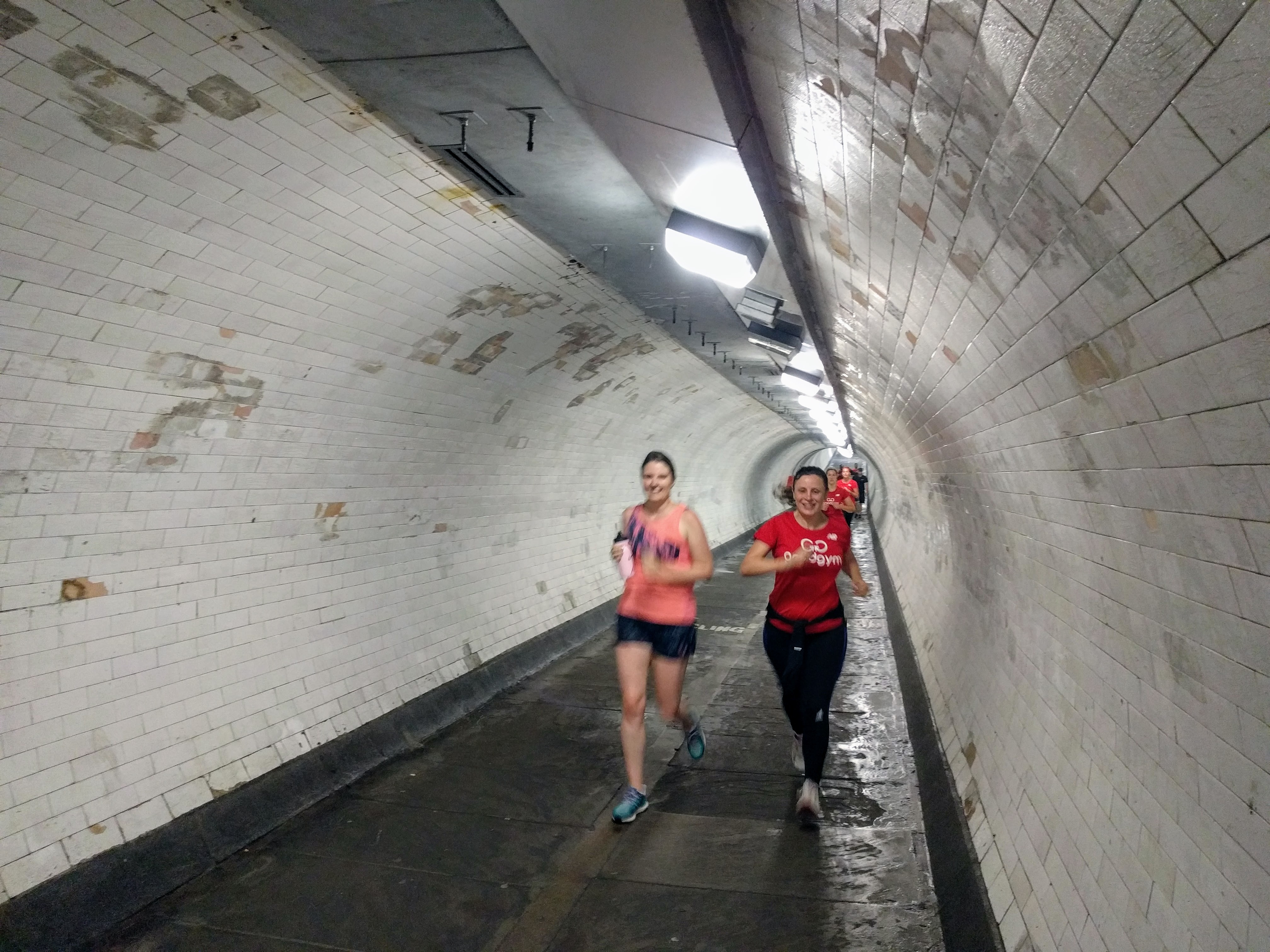 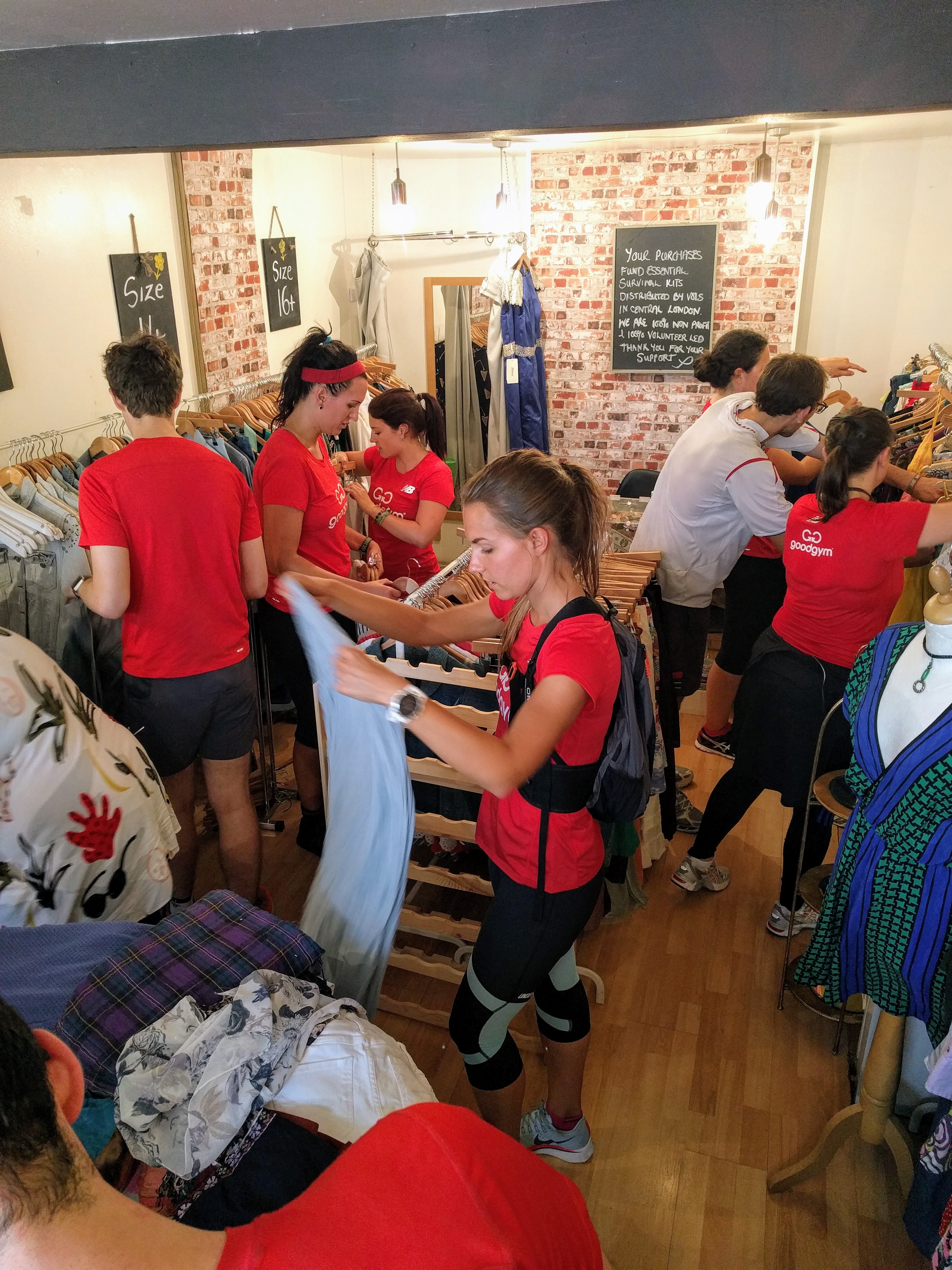 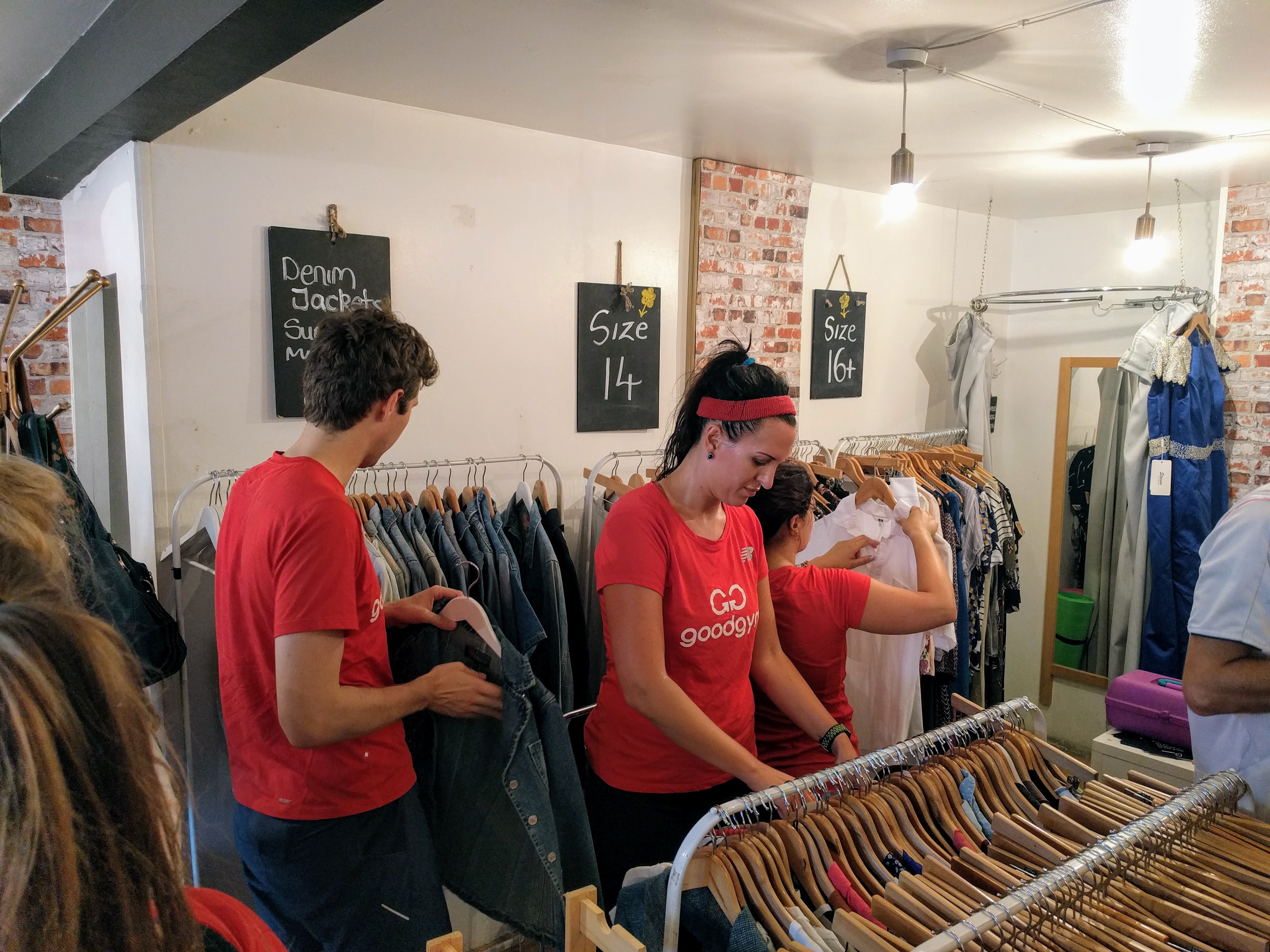 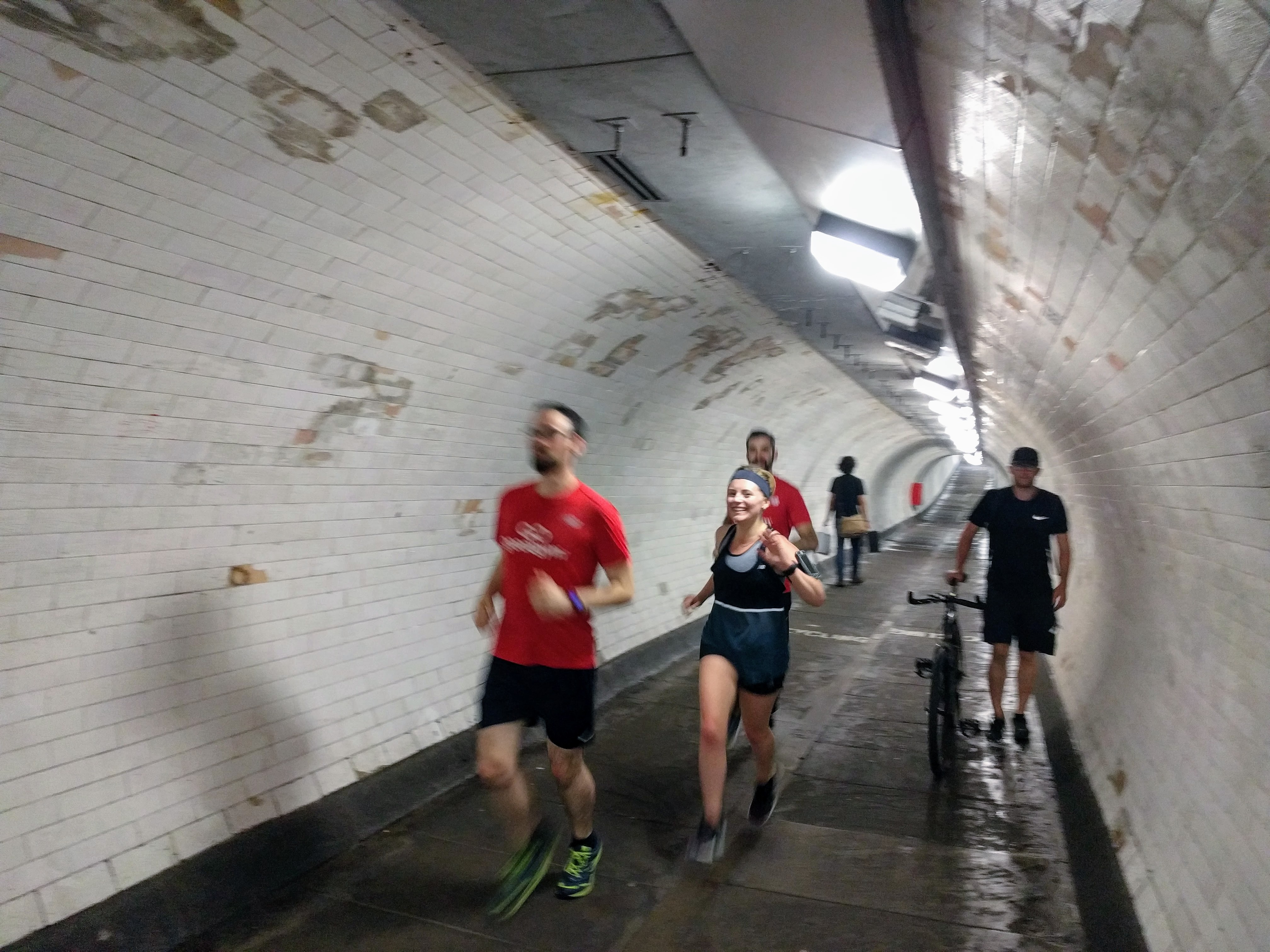 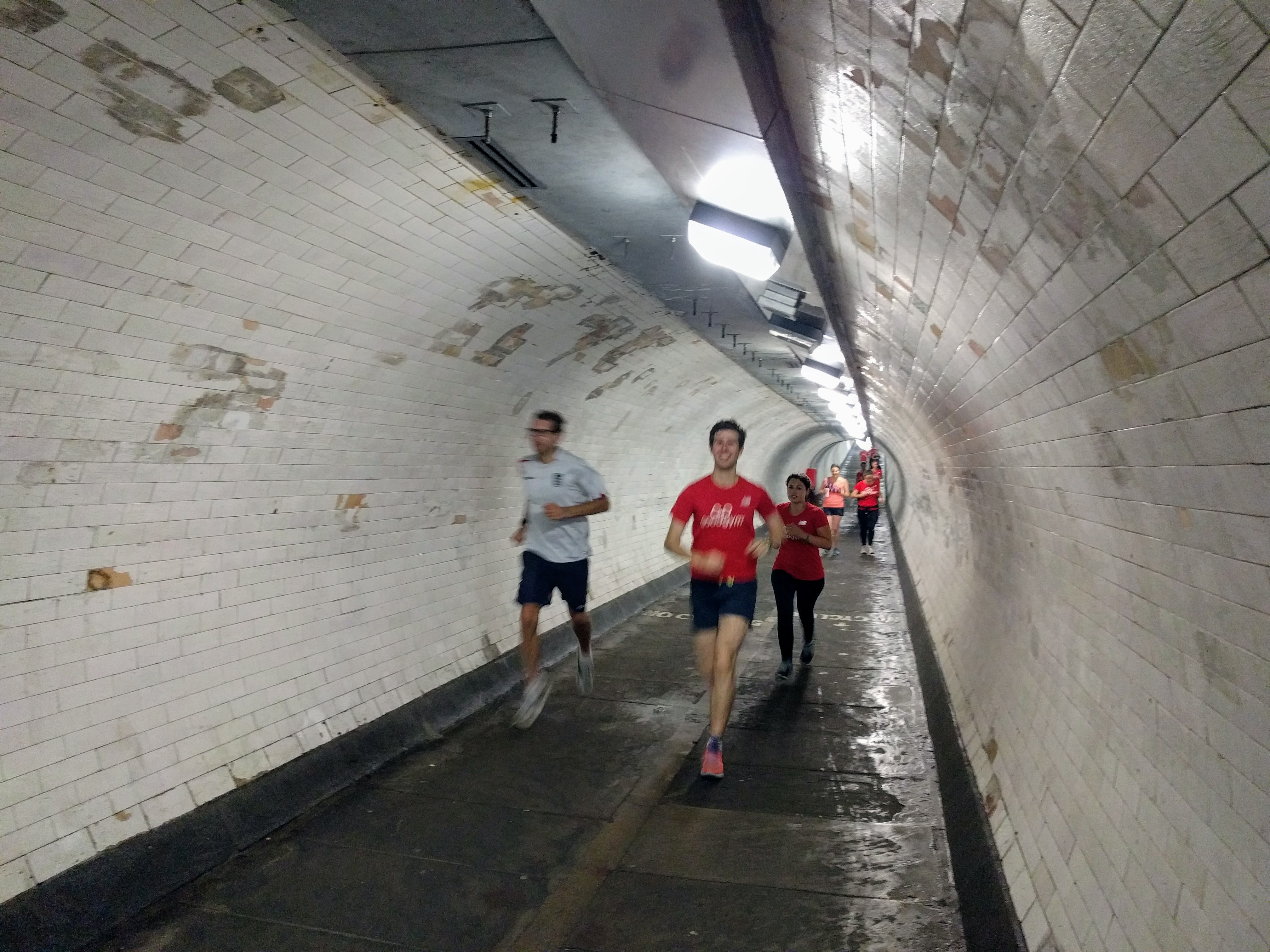 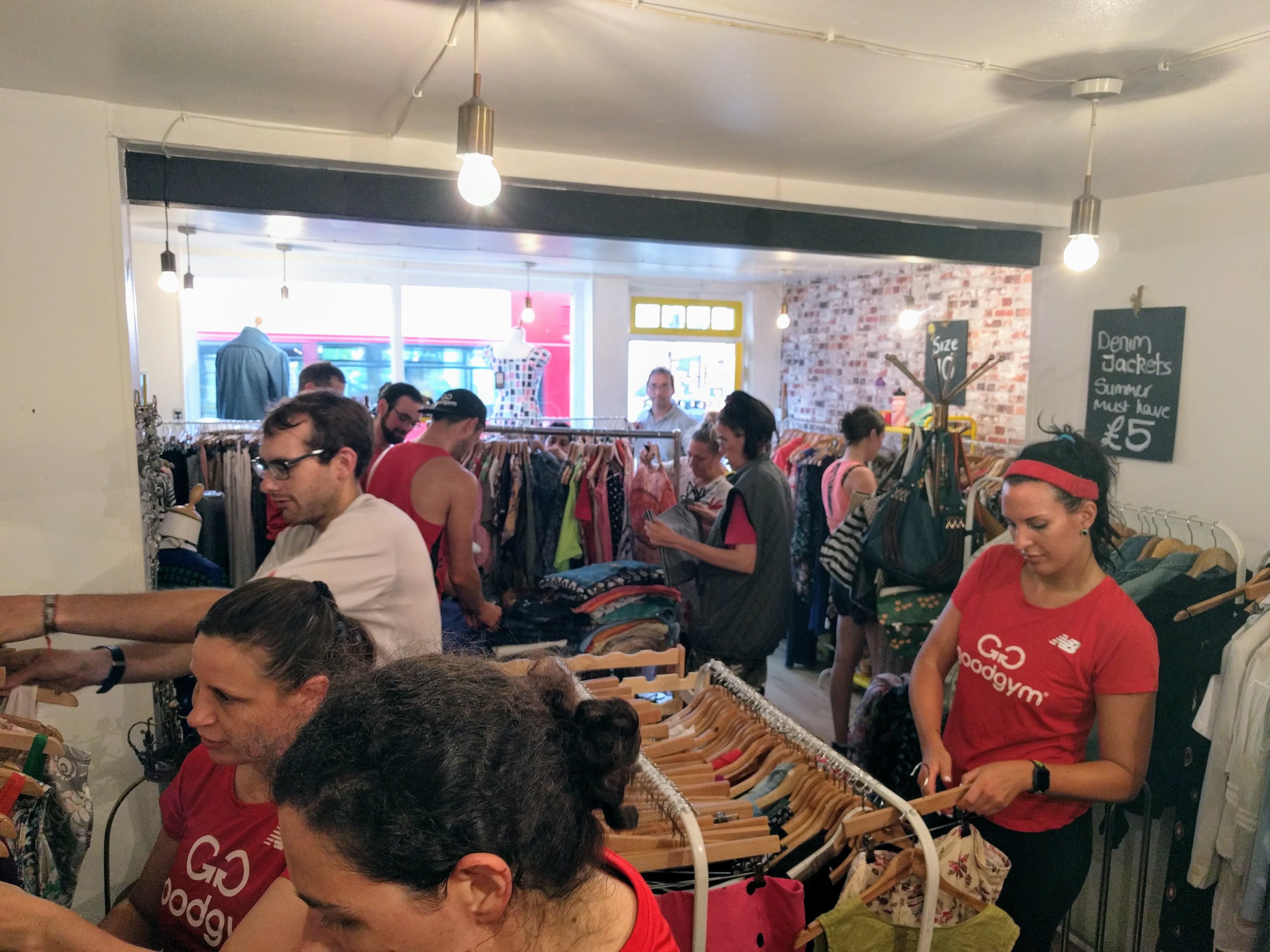 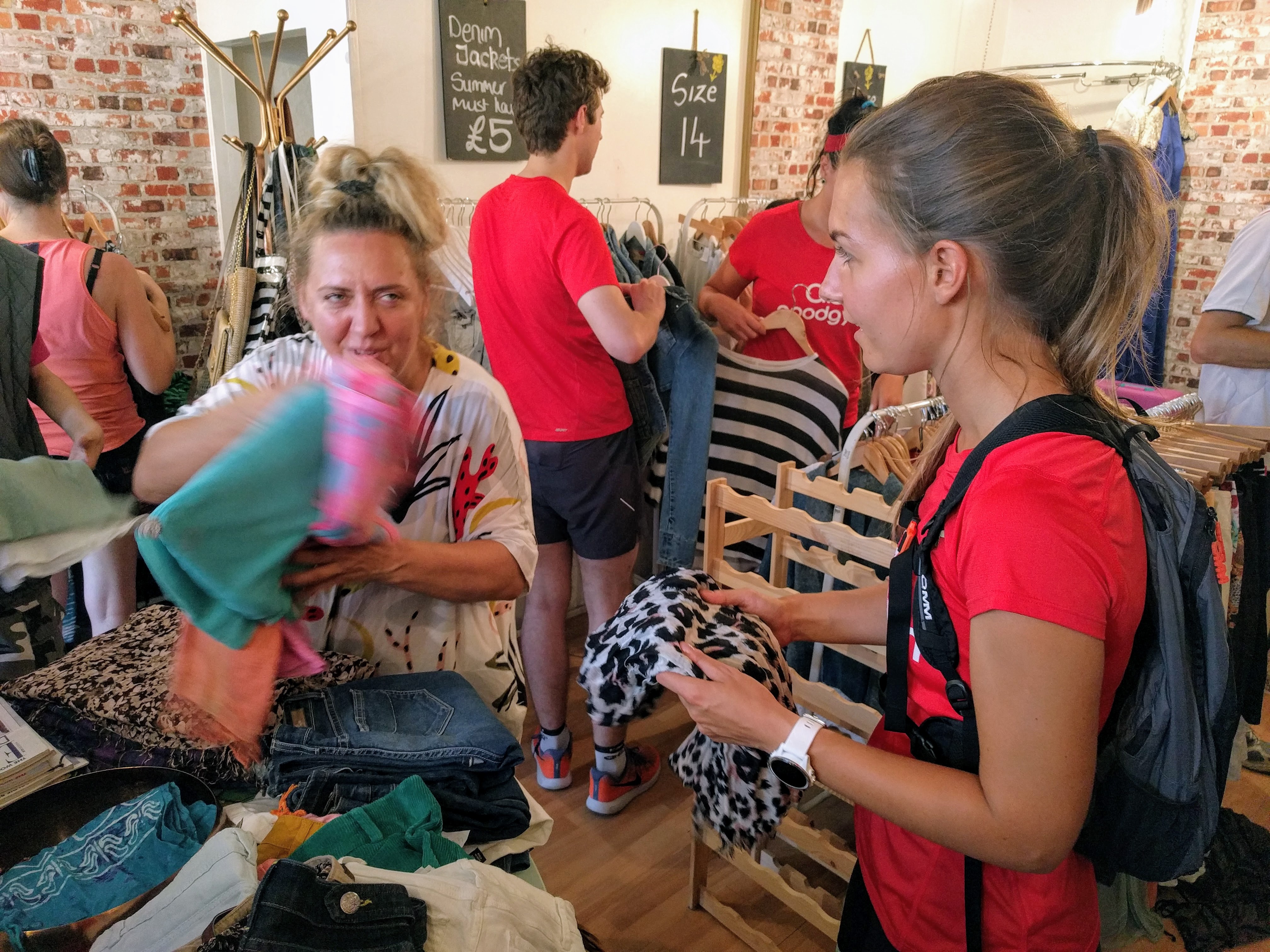 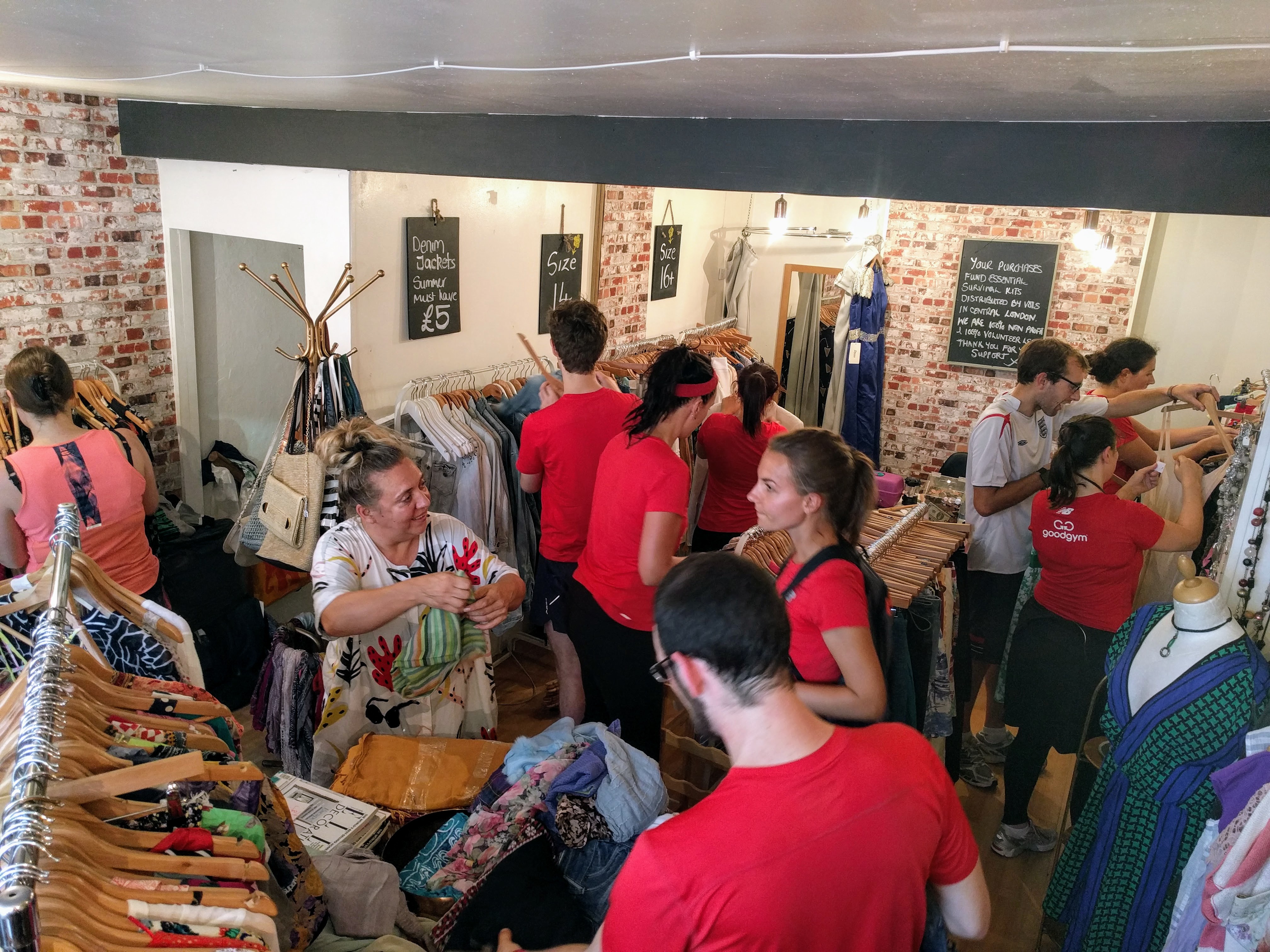 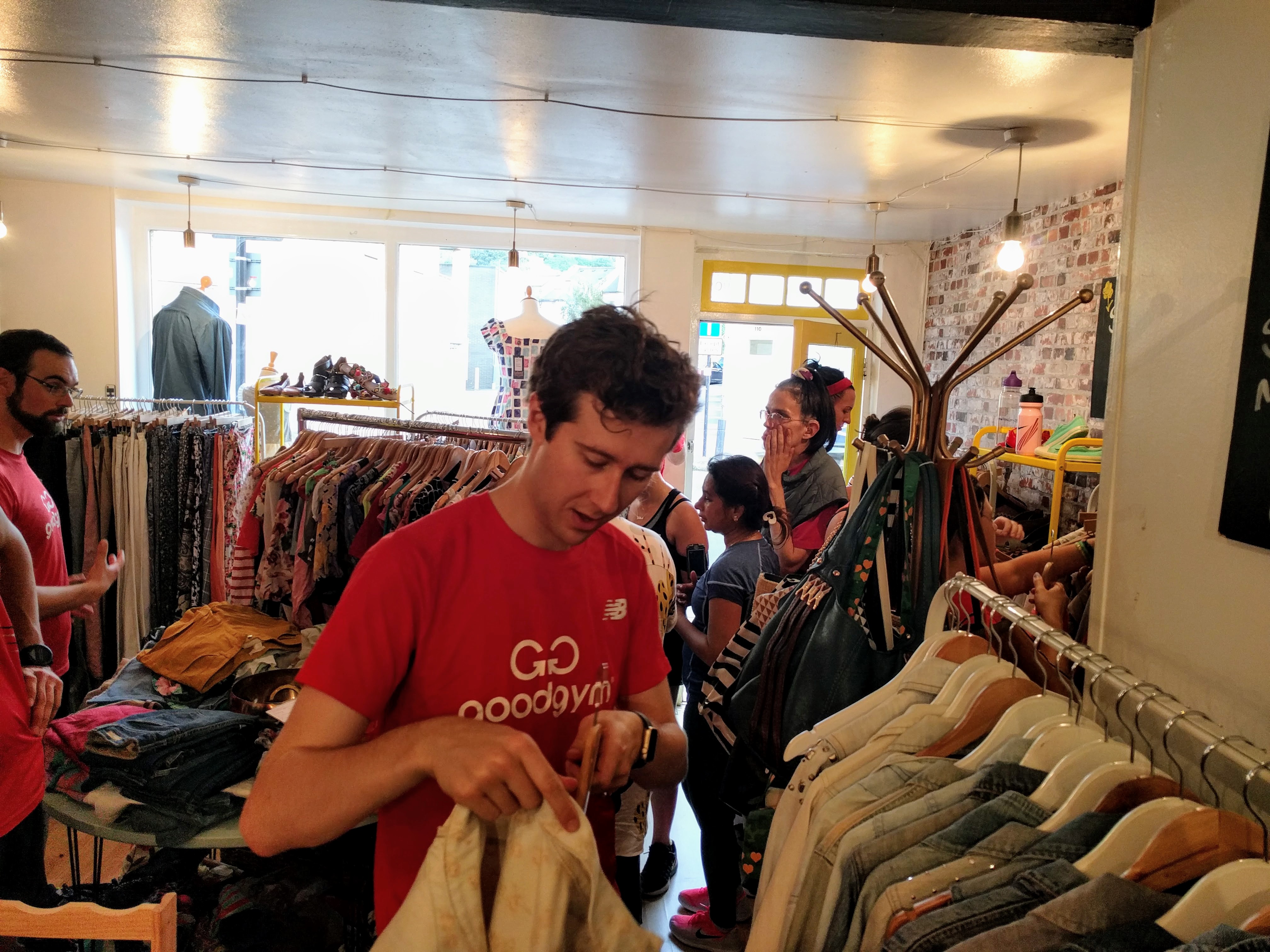 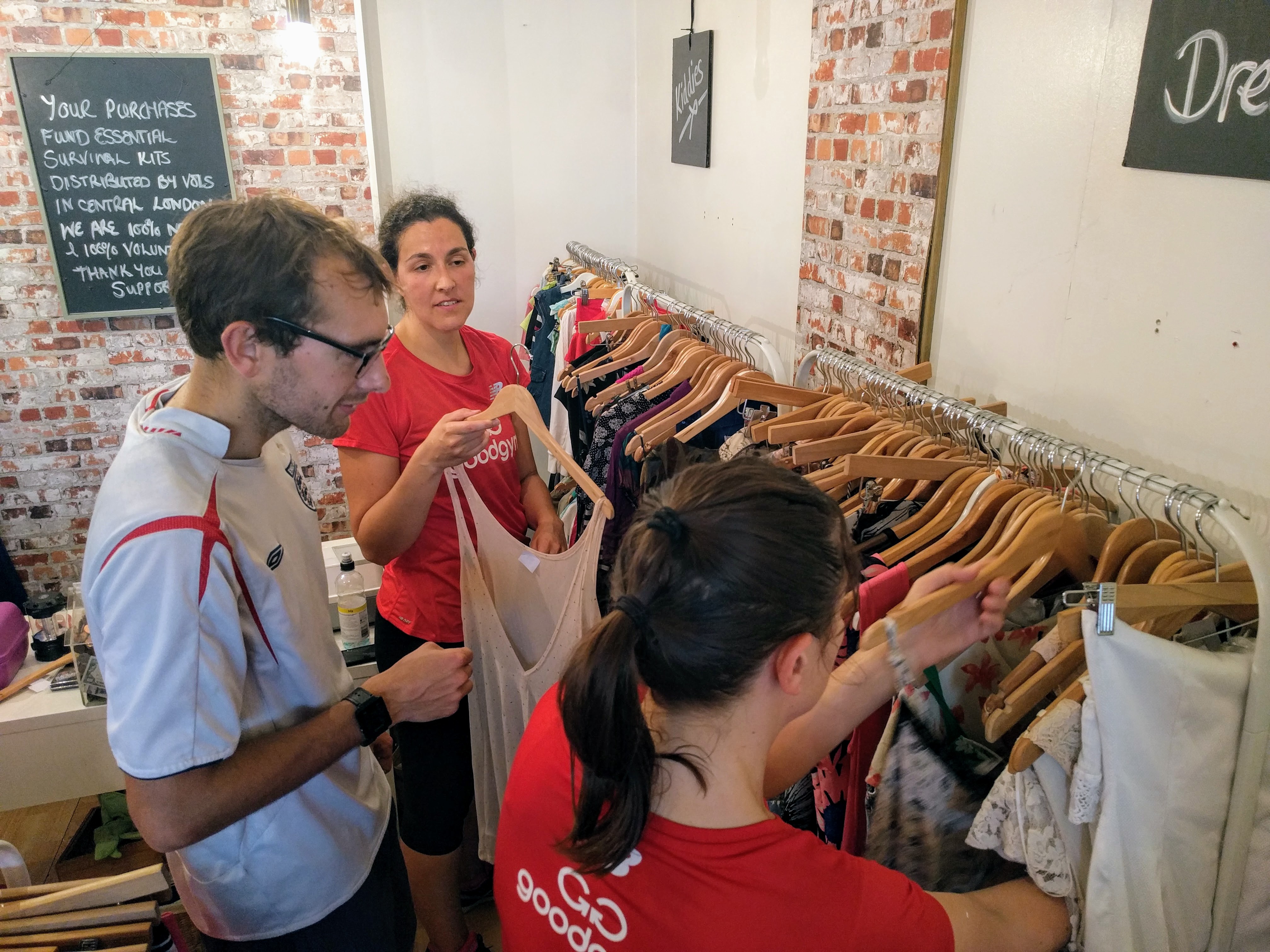 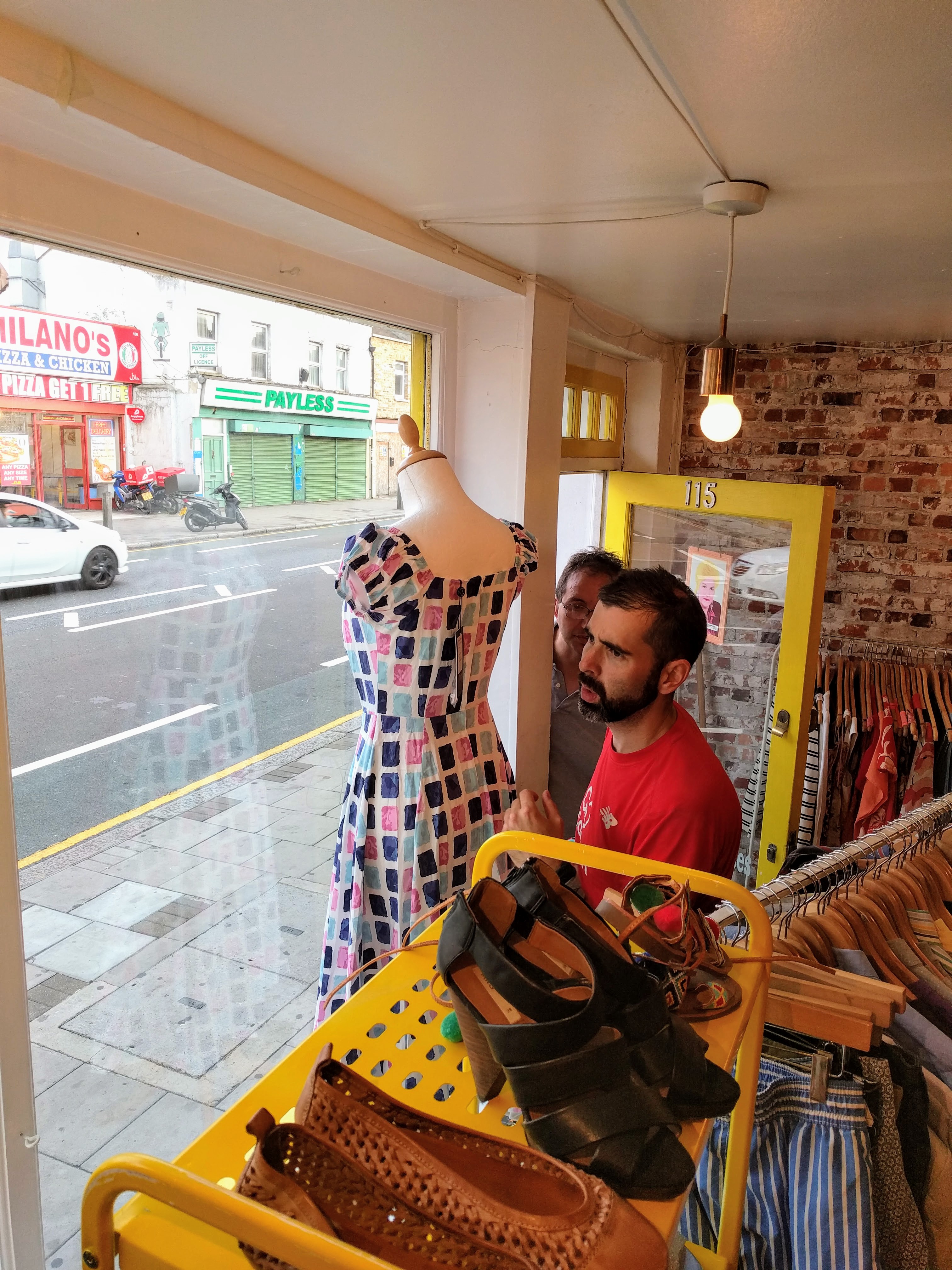 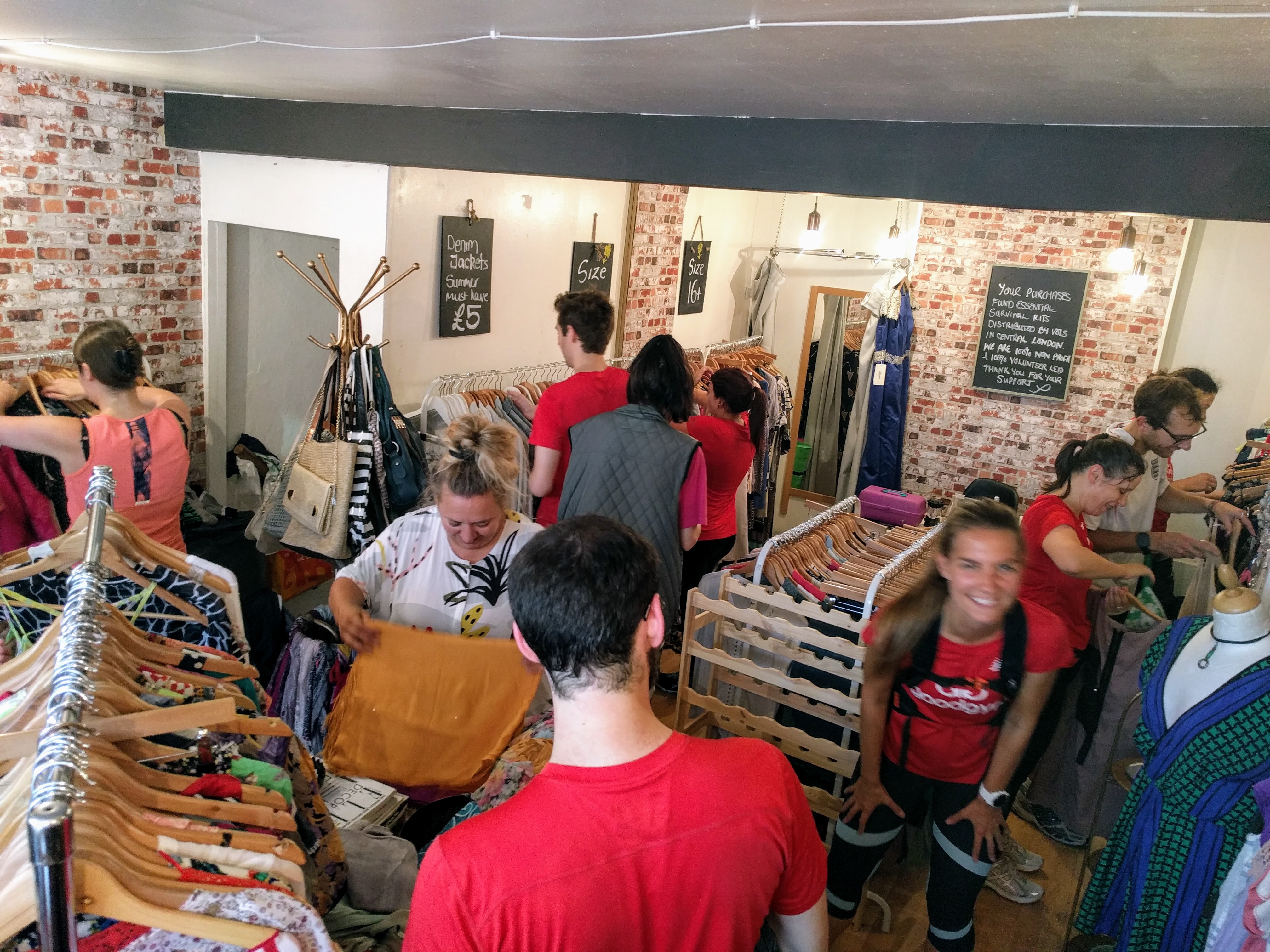 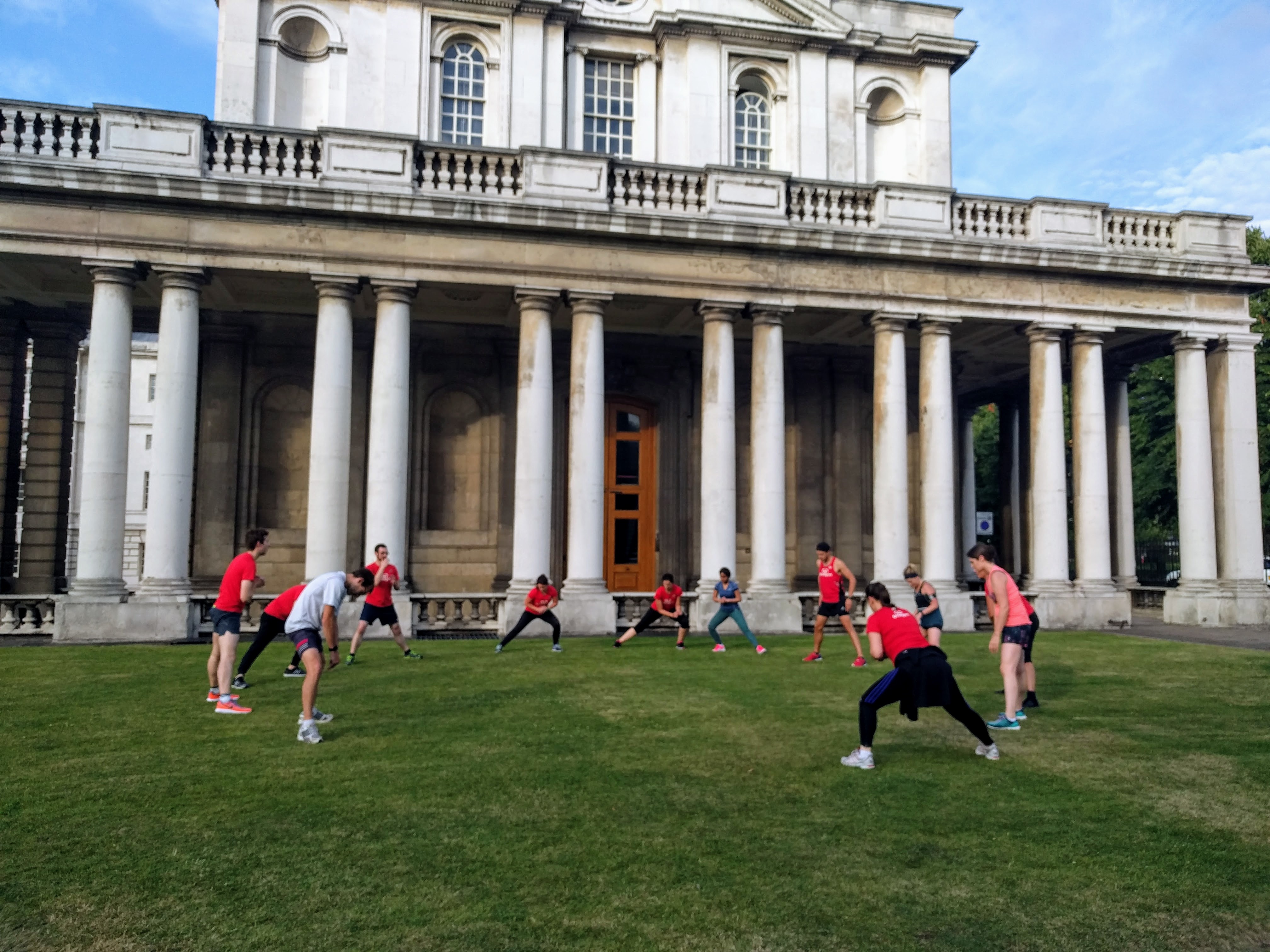 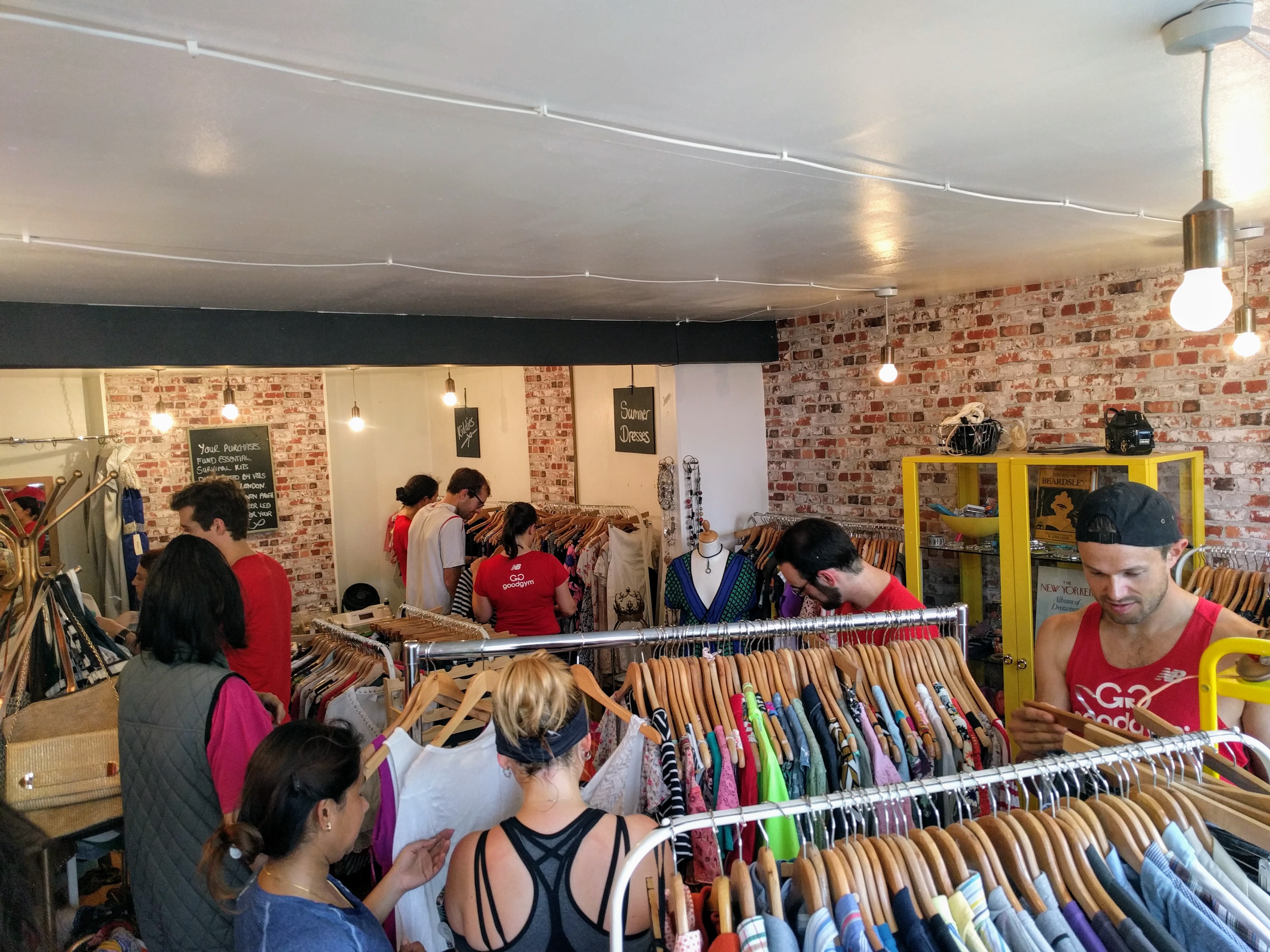 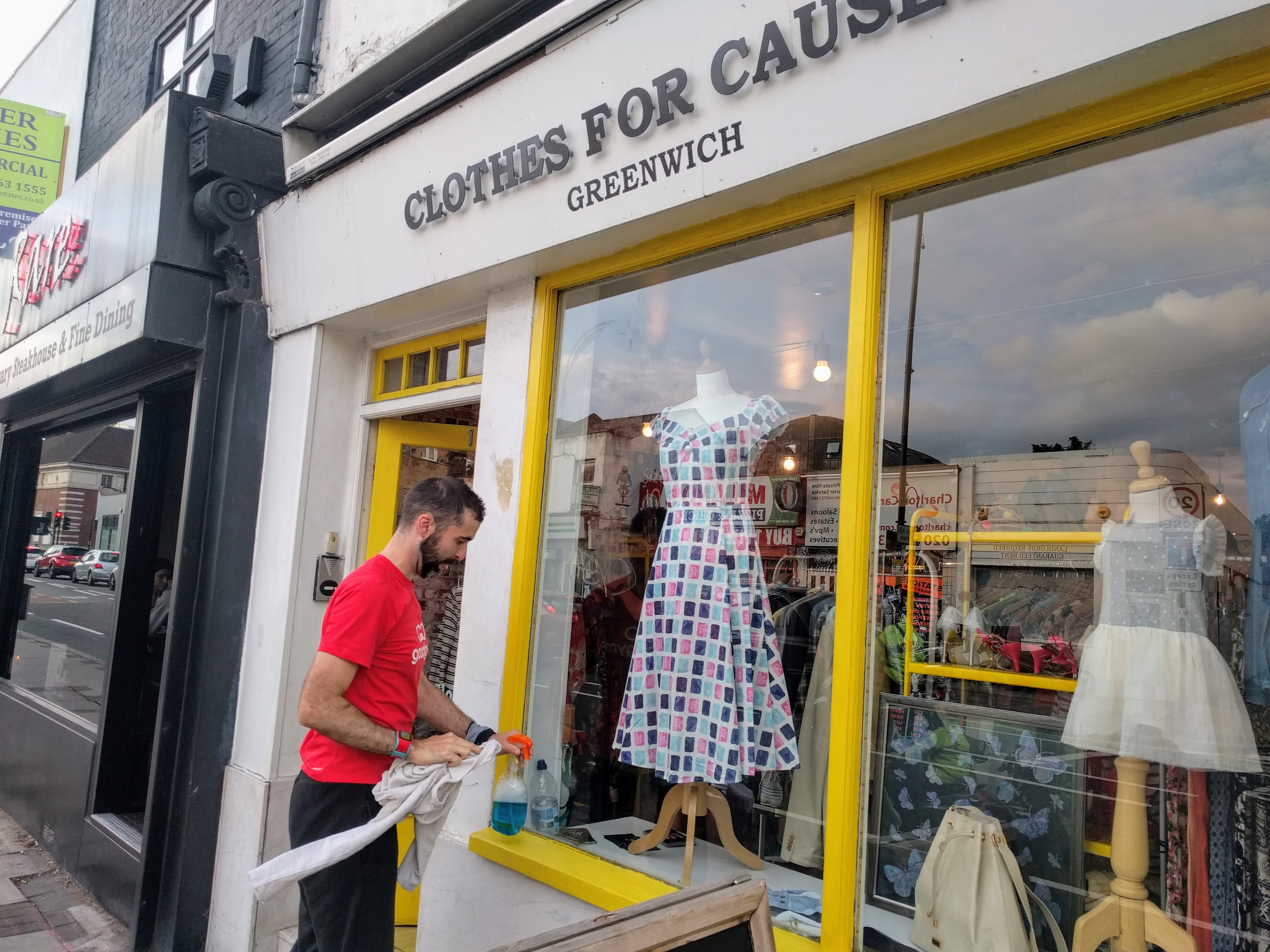 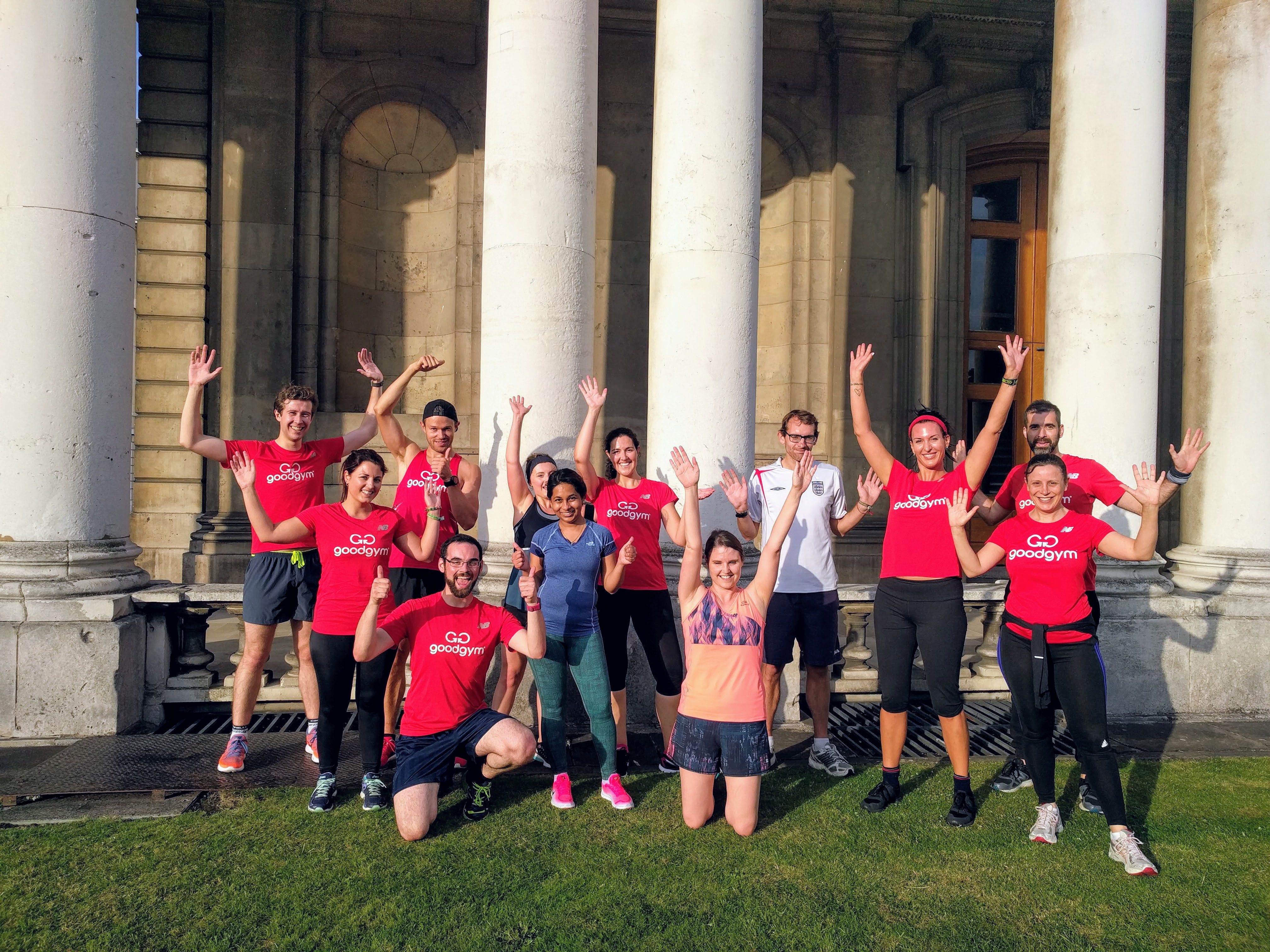 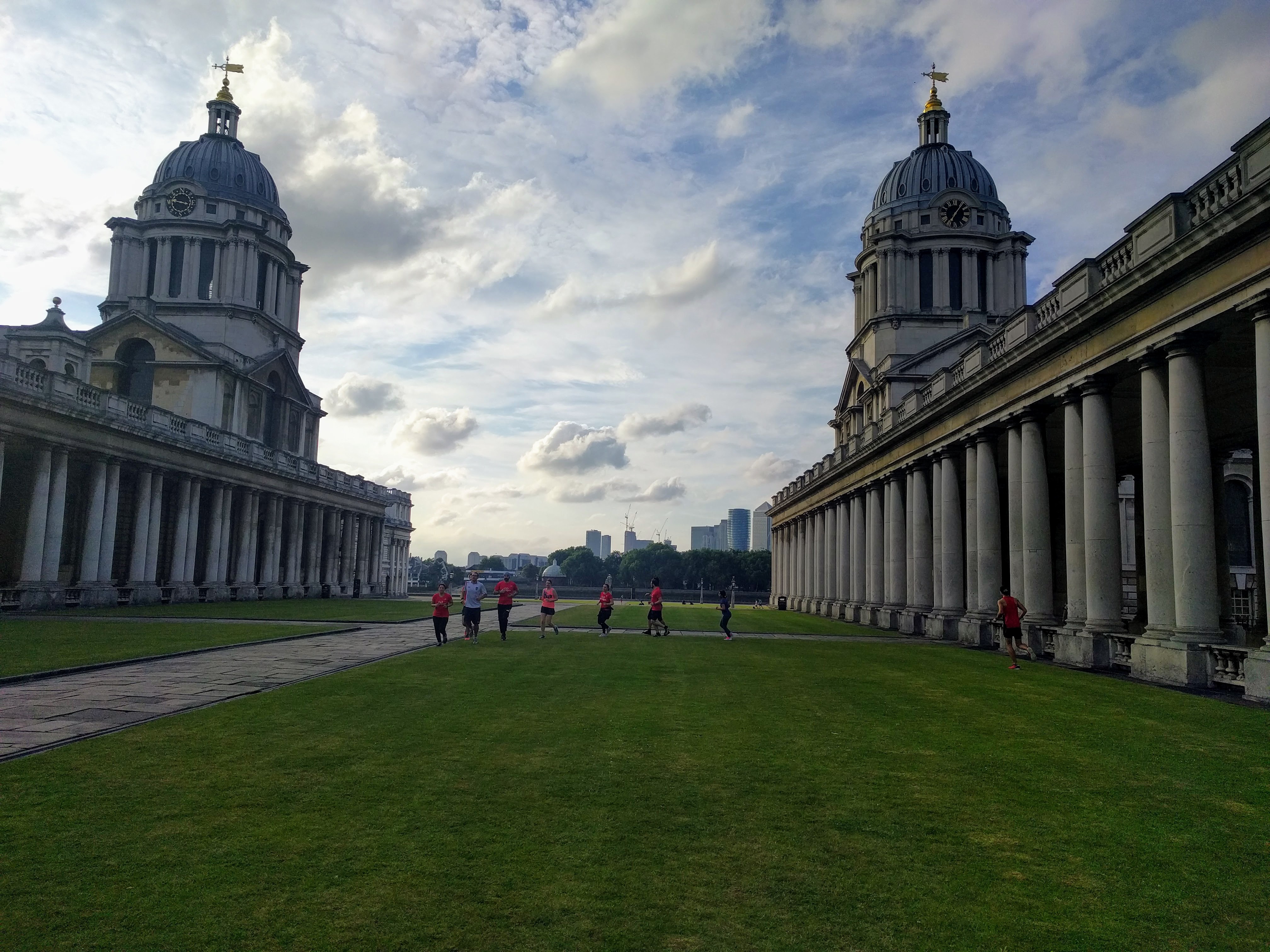 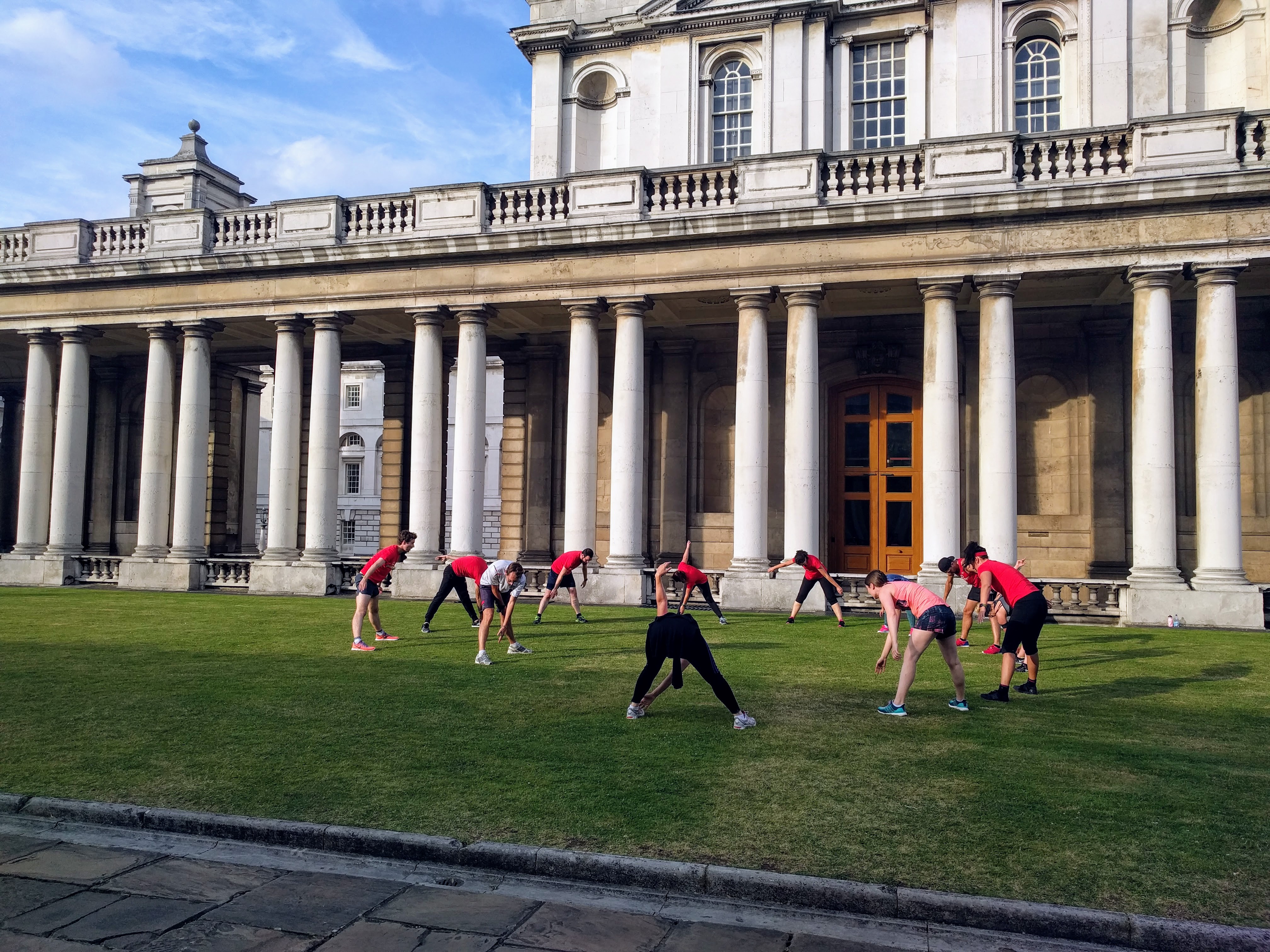 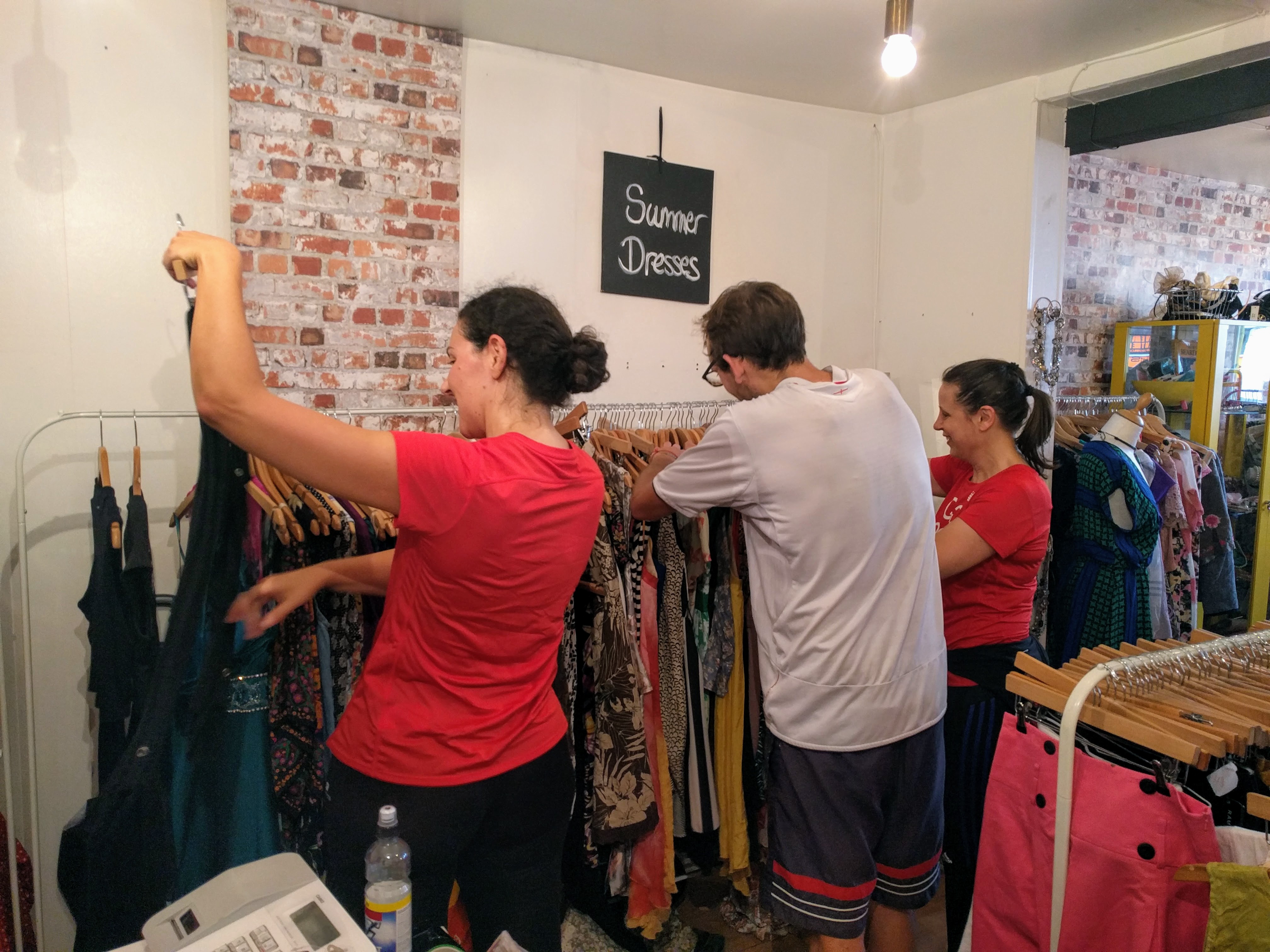 13 wonderful runners ran 4km to help out at Clothes for Causes charity shop in Greenwich!

We had a slightly smaller group than usual last night and, as much as I love our giant squad, it is nice every now and then to actually be able to all run together and speak to everyone :)

No newbies this week but the good news is that Bliss and Apurva were both back after their first session last week! Awesome!

After the intro, we went round to find out the last movie everyone watched at the cinema... and clearly a lot of you haven't been for a LONG time. Probably too busy running right??? We applauded Ben Cooper's 3 peaks achievement from the weekend and then headed out for a warm up!

A few laps at varying speeds and some high fives later and we were good to go!

We set off through the park and bumped into two of my Greenwich Training clients walking their SUPER CUTE dogs. You'll be pleased to know that Izzy (the really tiny fluffy one) usually freaks out with big groups of people and growls but she didn't last night so she must LOVE us! RESULT! Maybe next week they can join us on our run... we did have a dog come to a group run once last summer but it never came back :'(

We arrived at Clothes for Causes a few minutes later and just about all fit in the shop! We were greeted by the lovely Veronique who explained the things that needed doing. Firstly there was a rail of denim jackets that needed the hangers changing, so George was straight on that. One rail of clothes needed to be tagged, priced and put out on the shop floor, we had some shorts and scarves that needed to be folded and a few rails needed to be sorted into colour order!

Everyone found a job and got stuck in. Although Suzanne definitely looked more like she was shopping! But I don't blame her, the stuff in there is always SO nice! Sadly they didn't have contactless so no purchases for Suzanne last night... maybe next time!

After 20 minutes or so, all the jobs were done! We stepped outside for a lovely group photo and headed off down the river. We arrived at the Cutty Sark where I was planning to do the fitness session but since we had a bit more time to kill I thought we could extend the run a little bit and go through the foot tunnel to Island Gardens.

We did 3 laps around the park. 1 lap easy pace, followed by 60 seconds rest. Then the second lap faster, 60 seconds rest and then one more lap even faster than that! Things like this are really good for pacing as a lot of people generally tend to go out too fast but if you know that you need to get progressively faster, you learn to hold back a little bit at the beginning!

After the first lap everyone looked pretty good. They weren't phased. After two laps, I think a few people realised they might have increased their pace a little TOO much! And by lap 3, well, everyone was spent! And annoyingly, on the final lap, someone cycled past and stopped to talk to me so I got distracted and didn't start my stopwatch. As soon as I noticed I didn't know what to do, I thought about making the times up but then thought NO SARAH just come clean. I was very nervous to break the bad news but thanks for being so understanding everyone! And it certainly looked like you all got faster so WELL DONE!!!

We had a little jog back to the uni and had a nice relaxing stretch on the grass. We talked about Ben's post GoodGym cereal habits and then called it a night! I wonder what cereal he went for last night? I'm thinking maybe a Coco Shreddie...

Thanks so much for coming everyone! Hope you had a nice evening and hopefully see you next week!