The truth about cabs and logs 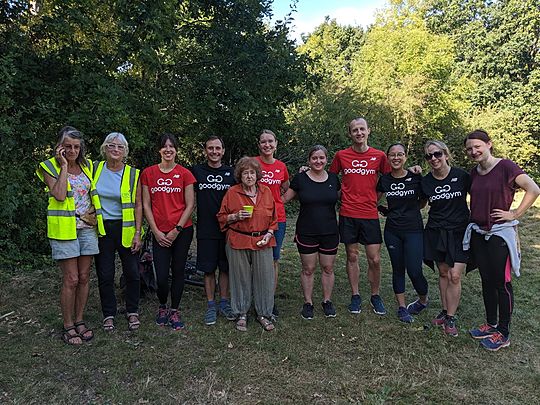 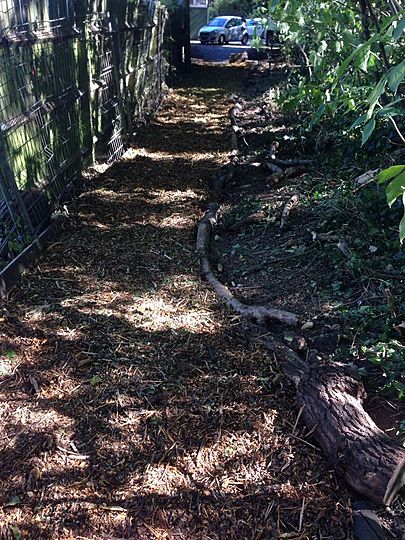 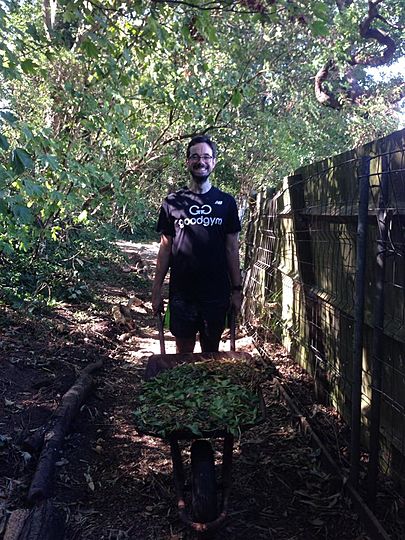 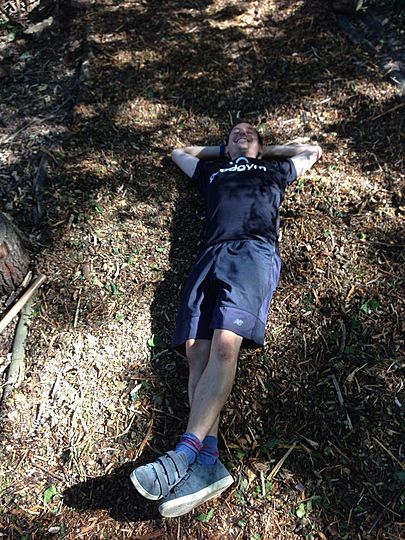 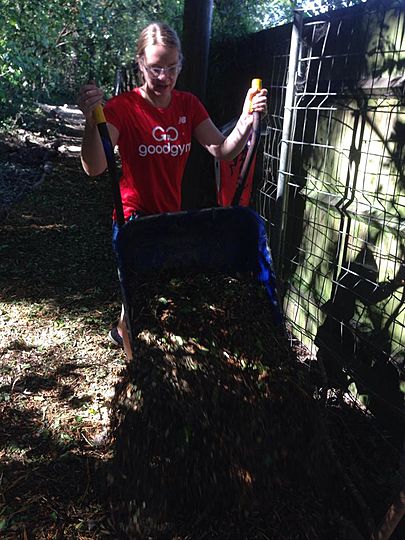 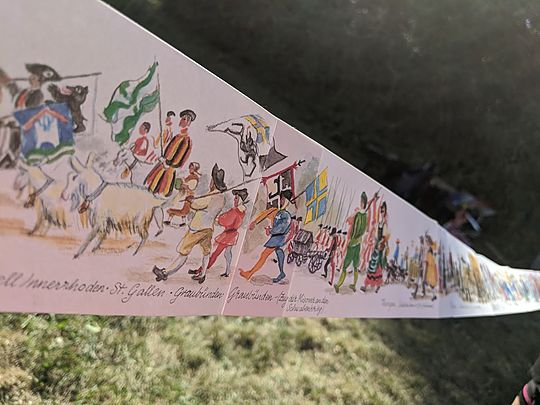 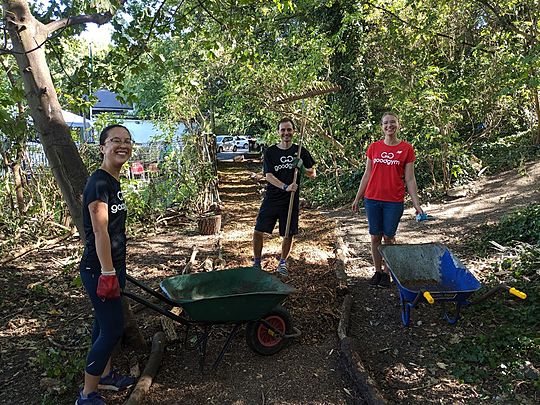 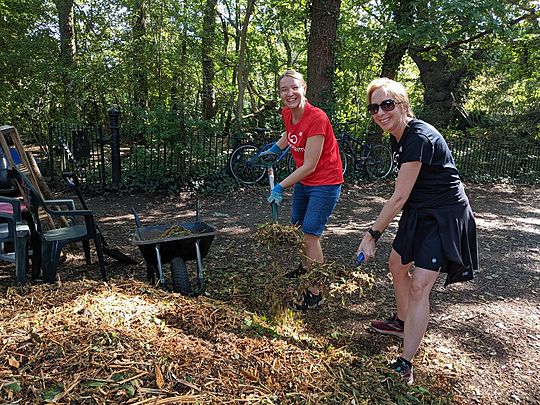 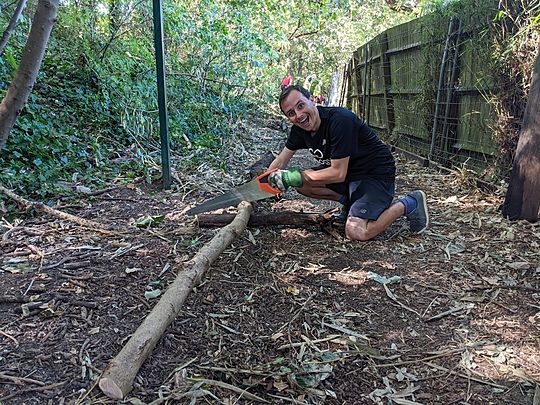 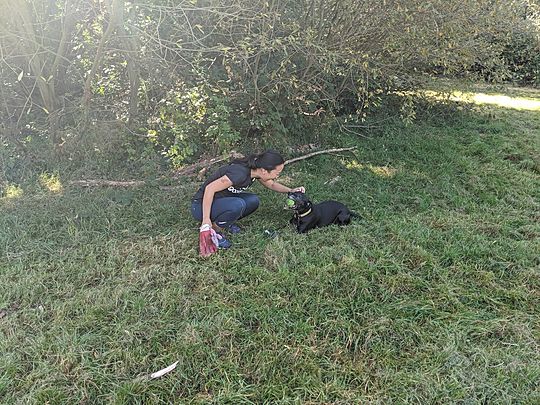 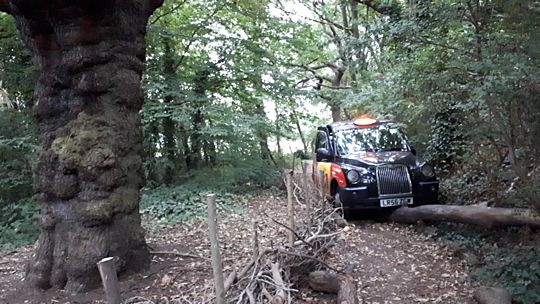 It’s the oldest story in the world: Cab meets log. Cab loosens log from it’s quiet life on the sidelines. Cab drags log several exciting metres before both go their separate ways, leaving devastation - emotional and vegetable. Then Goodgym runners arrive to tidy everything up.

Yes our September trip to help the CREOS team maintain the Crouch End Open Space certainly featured something new: dealing with the aftermath of someone driving a taxi up one of their lovingly looked-after and log-lined woodchip pathways.

Fortunately we had nine Goodgym runners ready to tackle today’s fender-bender-mender agenda. The team worked hard: replacing the broken logs that lined the pathway, digging new furrows to place these snugly, sawing fallen trees and other logs, and of course - it wouldn’t be a CREOS mission without it - transporting woodchip by wheelbarrow to relay the path that had been churned up.

Meanwhile up in the meadow we also assisted CREOS volunteers by raking up dried grass clippings and transporting these into big mounds off the meadow, and by snipping back brambles that were encroaching on surrounding pathways.

Afterwards we all enjoyed some yummy baguette, cheeses, cider, juice and fruits - the CREOS picnic of legend. Lovely Ros who brought the picnic goods also showed us an amazing book containing a huge drawing of a parade with representatives of every Swiss canton.

It just goes to show you never know what to expect at a CREOS community mission! Do join us next month, click here to sign up.