Storming through the garden

3 runners ran to help an isolated older person in Haringey. 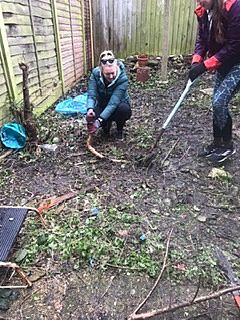 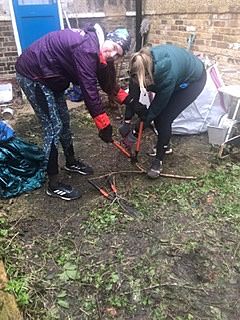 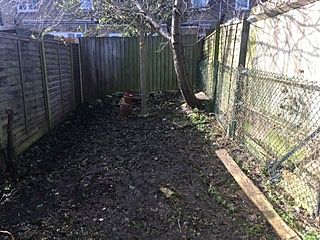 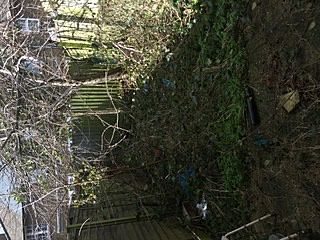 Here's what Ms I of N17 had to say about the mission:

Laura, Niamh and Julie showed up at Ms I’s house on a Saturday lunchtime to do some clearing in the garden. We thought we’d left the worst of Storm Jorge behind us in the morning...we were wrong!

Ms I put us to work clearing her garden of brambles so that she had space to put out her washing. We cheerfully attacked the plants and were almost done when she reappeared to ask if we could also remove a small tree. We weren’t exactly equipped for the right tools for this job but nothing would stop the brave Goodgymers from going to battle against the evil tree. This battle was made more epic by the sudden onset of hail and wind, but with the help of a fork, some clippers and a lot of stamping the Goodgymers emerged victorious.

Then all that remained was to string up Ms I’s new washing line, a task made more difficult by the fact that the line was about twice as long as necessary. After much untangling and rigorous inspection of the tautness of the line from Niamh, the line was strung. Ms I can now hang out her washing again, if we ever get appropriate weather that is...

Well done all! Looks like Ms I really did put you to work! Great mission. 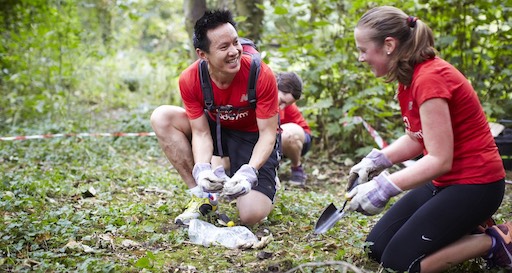