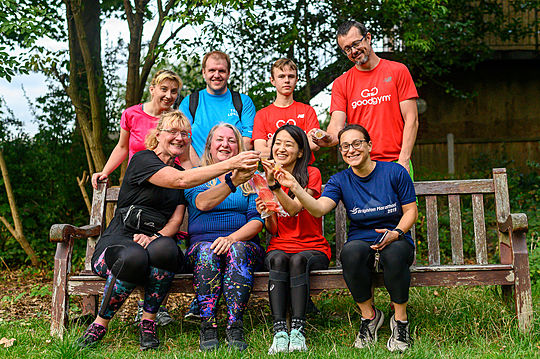 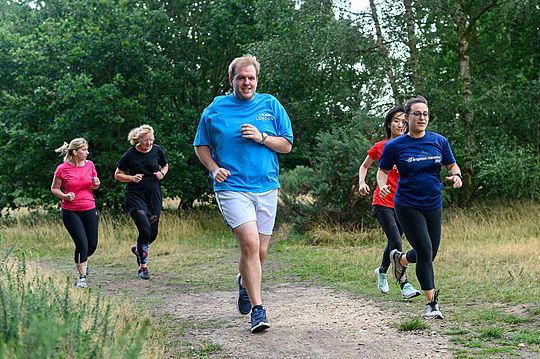 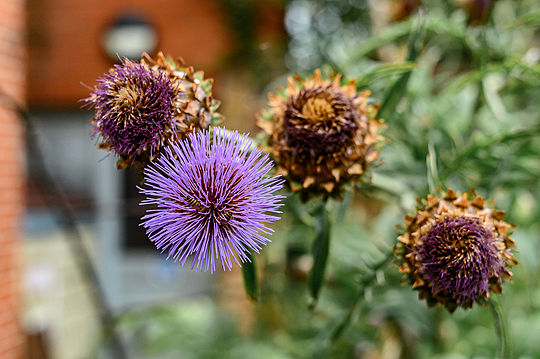 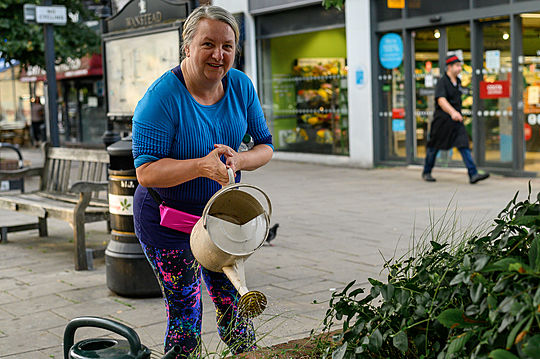 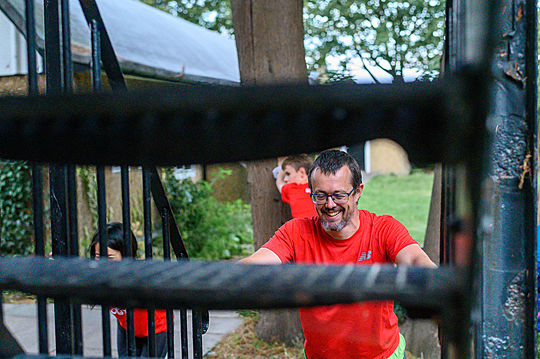 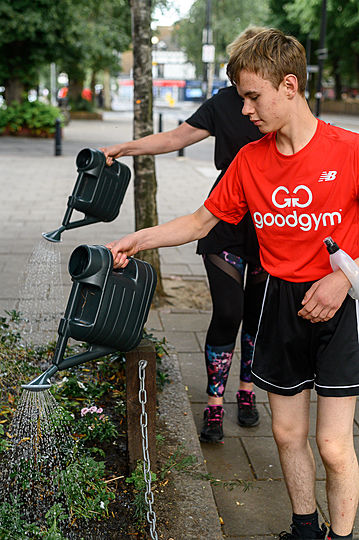 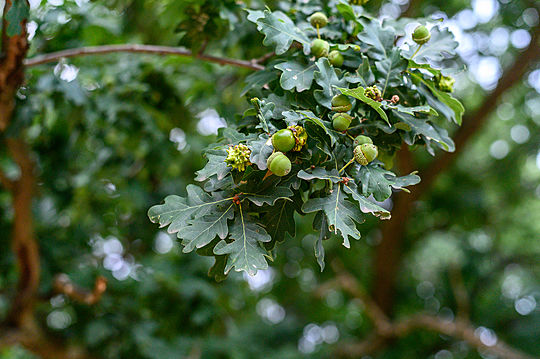 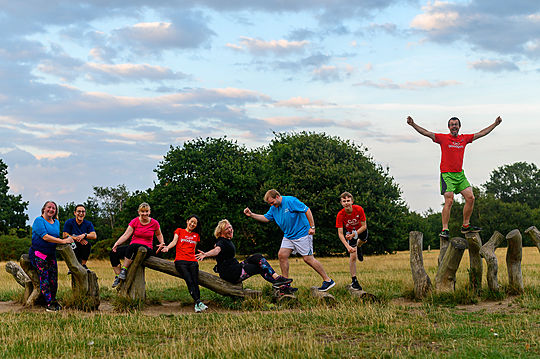 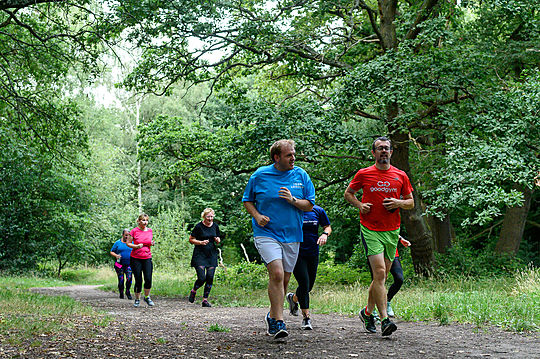 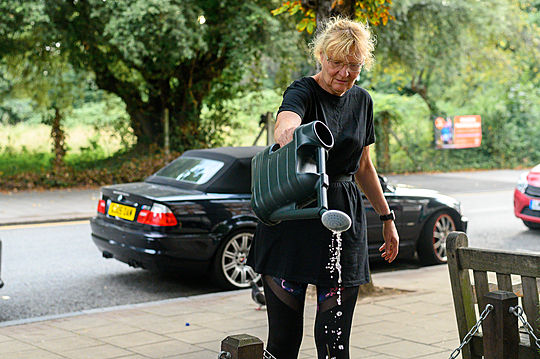 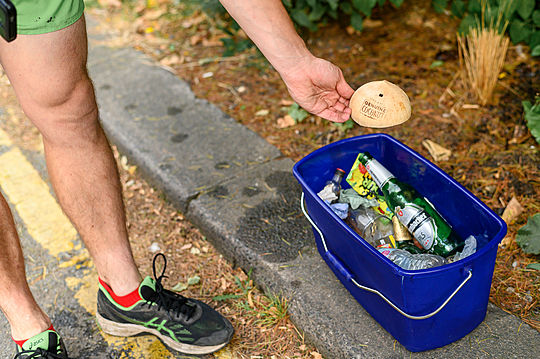 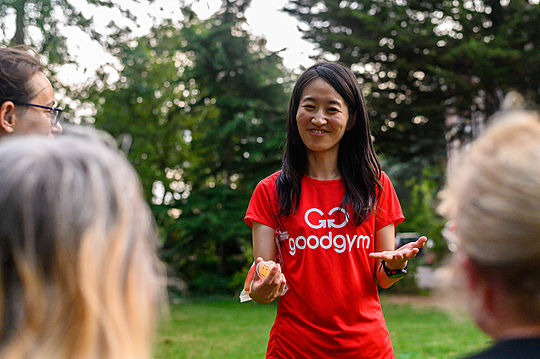 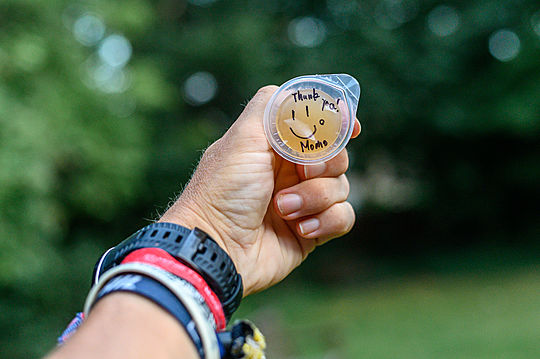 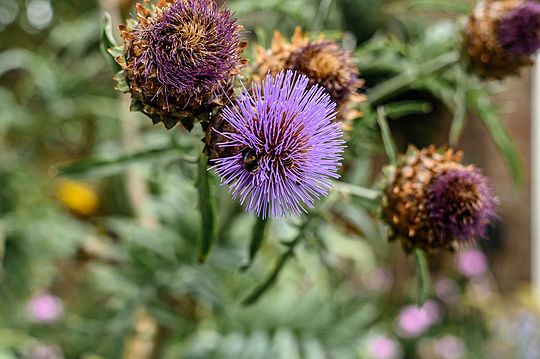 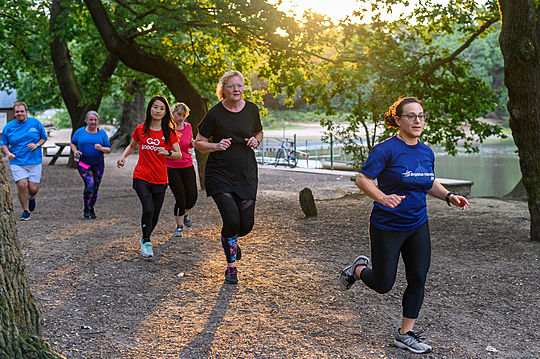 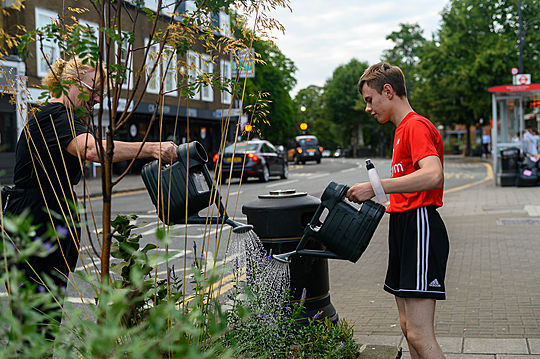 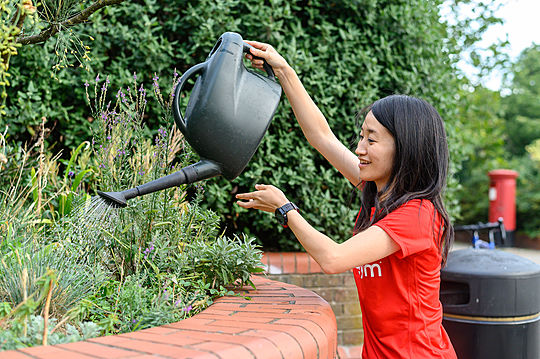 On a pleasant summer evening, nine of Goodgym's bestest (OK I'm biased) runners met to water plants and say a sad goodbye to Momoko. They even ran 6km in the process.

First things first, a huge WELL DONE to the Goodgym Redbridge team for putting up a brilliant show at the Goodgym Olympics on Saturday. There were podiums for welly-wanging, stilt racing, cake baking and even some actual sports, with Run Leader Peter narrowly being beaten into second in the 100m. A brilliant effort from so many people and it was great to see the new GG Redbridge flag in all its glory! A special shout to Dharmesh for rallying the troops and organising the team ahead of the big day.

Back closer to home, the group met at Wanstead House as usual with a request to water the beds on George Green for Wanstead Community Gardeners. A few new plants had also been planted by the Fish & Chip shop on Wanstead High Street and the decision was made to split into two groups with John leading the way in one and Peter leading the group in the other.

With watering cans full and the group divided in two, the task was soon complete and the plants were saved from the continued warm conditions. Five minutes later watering cans were returned and the group was off up Wanstead High Street, destination Eagle Pond and some trail running adventures.

We're super lucky to have Epping Forest on our doorstep and Eagle Pond is one of our favourite locations for a post run task. The trees provide great shelter from the sun and the rolling terrain makes for a challenging but fun route around the water. It's so pretty right now, it's hard to believe we are only 22 minutes by tube from Liverpool Street.

With the run done all that was left to do was a bit of light stretching followed by a fond farewell to Momoko. Momoko has been an avid part of the group for the last few months but sadly is leaving us to return to Japan. She's been an enthusiastic member of the group and hopefully will head back to Japan and plant the seeds of Goodgym Japan when she gets back. We wish her all the luck for the future and hope our paths cross again in future.

Next week we head back into the mean streets of Wanstead to do more good deeds. You can join us by signing up using the link on the top right of this page. What are you waiting for?

Great photos, sorry to see you go, Momo! I hope we will meet each other again. Best of luck back in Japan! 😊