Oh I think that I found myself a chair-leader 🪑 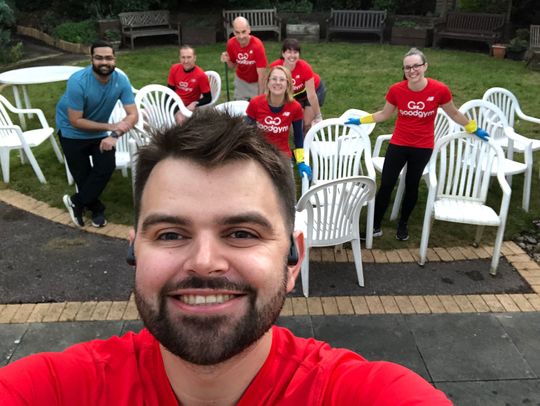 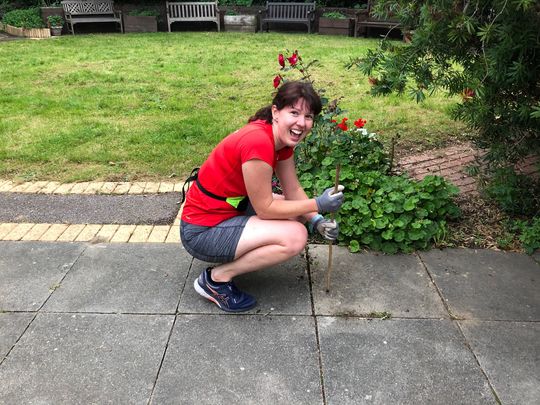 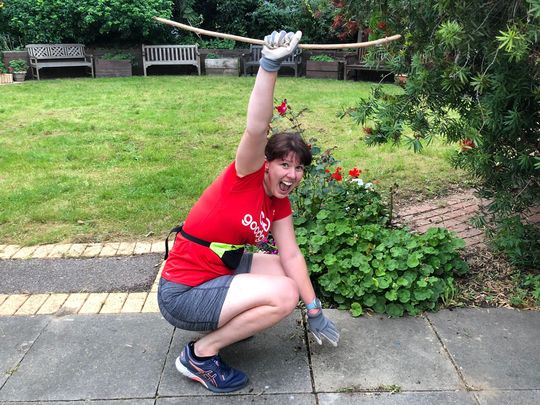 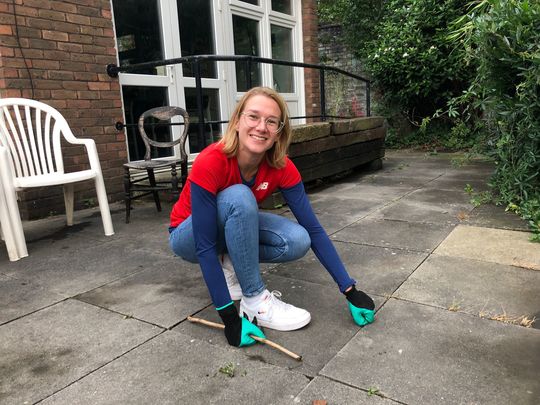 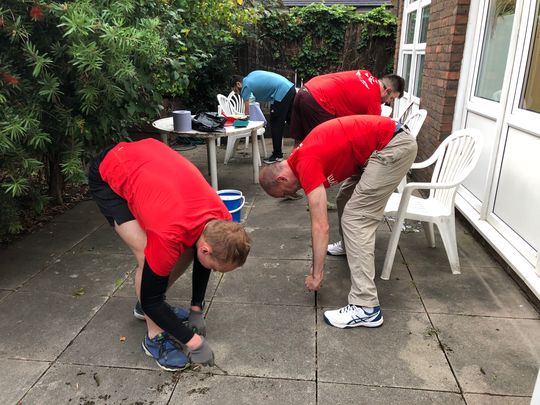 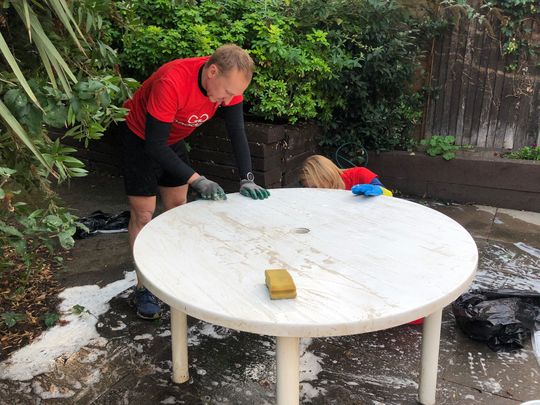 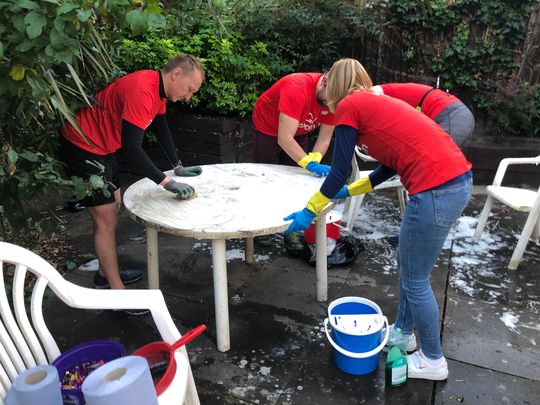 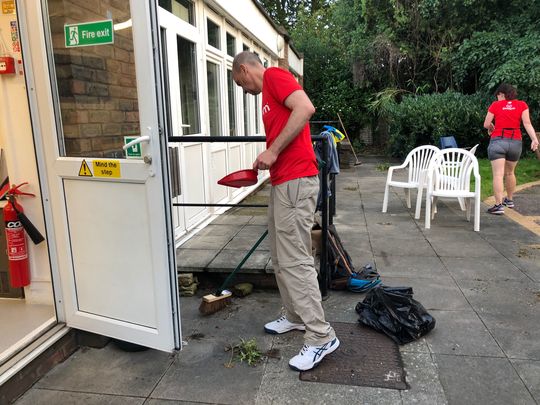 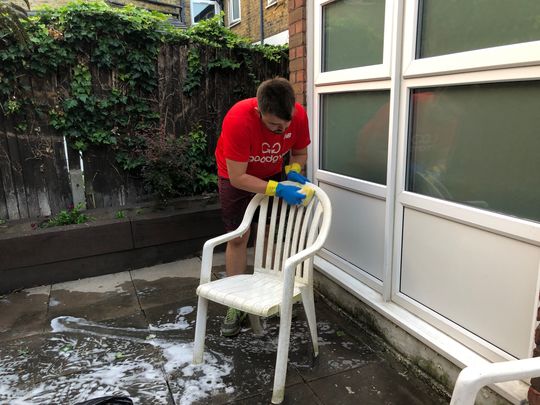 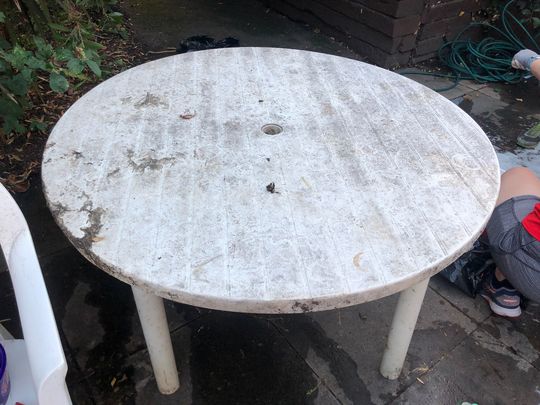 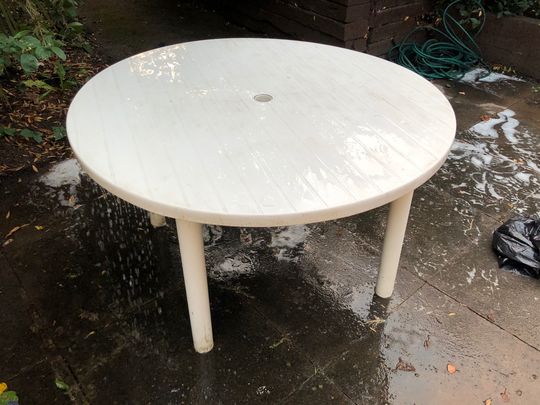 7 H&F goodgymers met at Age UK H&F this evening to lend a hand tidying their garden up before a garden party for their key stakeholders later in the week. Special shoutout to Divy, who joined us today for his first ever goodgym task - welcome! The group were led by Biscuits, who explained the two main focuses; firstly to weed the paved area to make it look nice and tidy, and secondly to wash down the white plastic tables and chairs which had been exposed to the elements over the course of the British summer. With an interesting array of tools (including some screwdrivers, and even some sticks!) half of the group set to work on the weeds whilst the others donned rubber gloves and began washing down the chairs.

In no time at all the weeds had been removed from between the patio flags, which in part was powered by the Heroes chocolates that Biscuits was kindly handing around to us all! Biscuits began sweeping the weeds together and removing them from the patio with a dustpan, which meant that the rest of the team could focus their attention on the tables and chairs. Andrew, Katie and Cookie eyed up one particularly grubby looking table, making sure that I captured a before photo displaying all its filth before they set to work - "this will make a great before and after photo Beth!" - and so it did!

As we worked away on the tables and chairs, we shared many stories of satisfying cleaning jobs. Conversation turned to tools that would make this task even easier... we pondered whether we could persuade the stakeholders who would benefit from our cleaning at Thursday's party to fund a pressure washer purchase. We learned that these are referred to as "water blasters" in New Zealand thanks to Analiese - a term which we thought sounded more appropriate for a brand of super soaker toys! 😆

It's surprising what can be achieved in one hour with seven pairs of helping hands - the weeding was complete and all the tables and chairs had been scrubbed and rinsed down. We finished off the chocolates, took a quick group selfie and then headed off home for the evening. Thanks to Biscuits for hosting us, feeding us chocolate and coming up with the pun. Great work team - hopefully see some of you at the TRAID tasks tomorrow, or back here at Age UK H&F to help with the party on Thursday!