11 runners ran 3.0km to help their local community in Bexley. 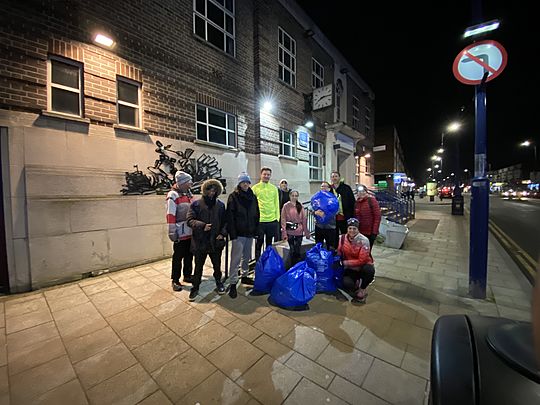 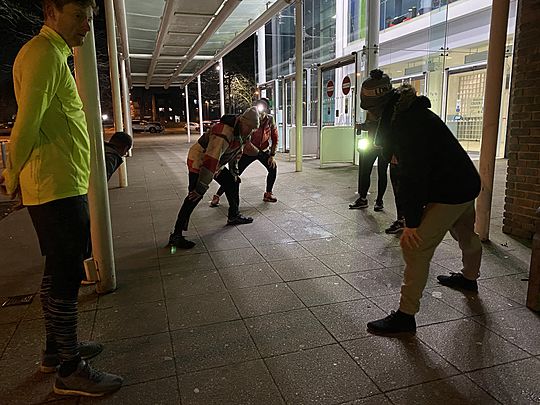 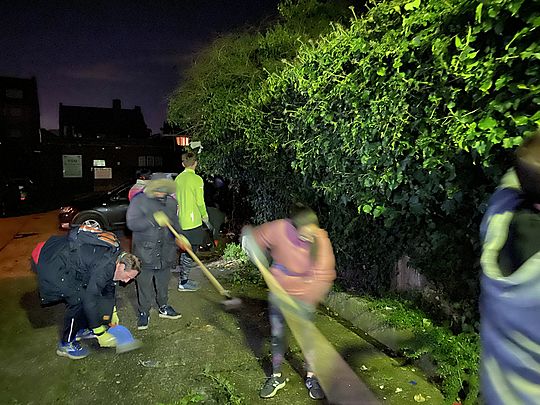 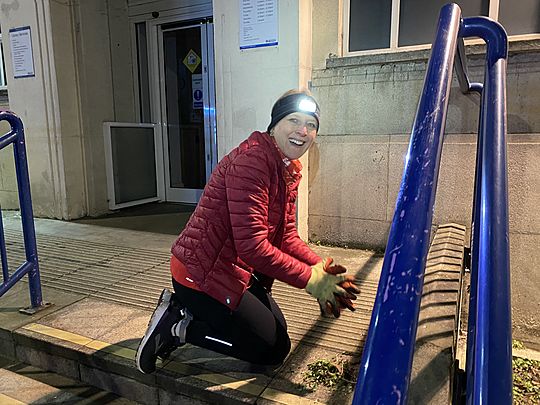 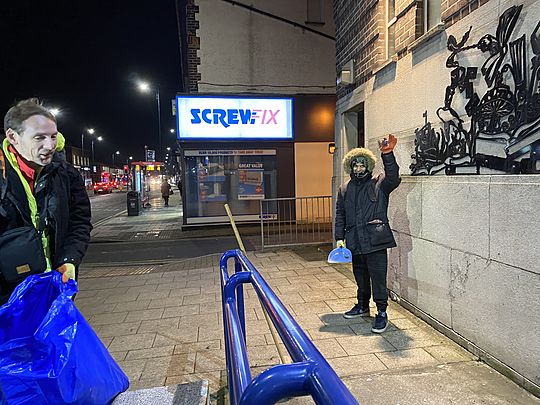 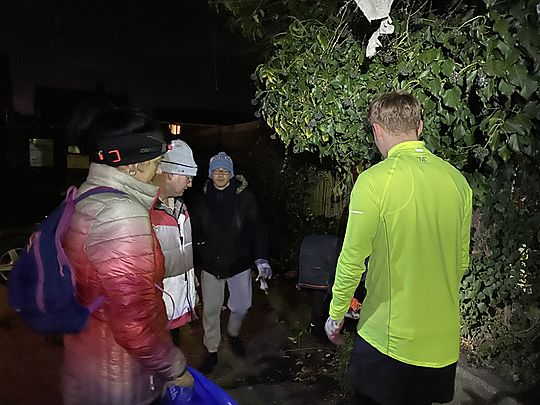 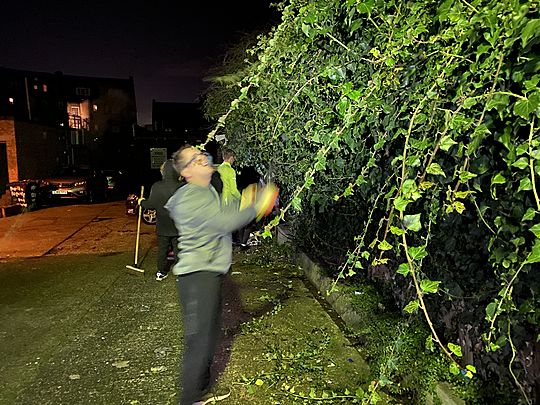 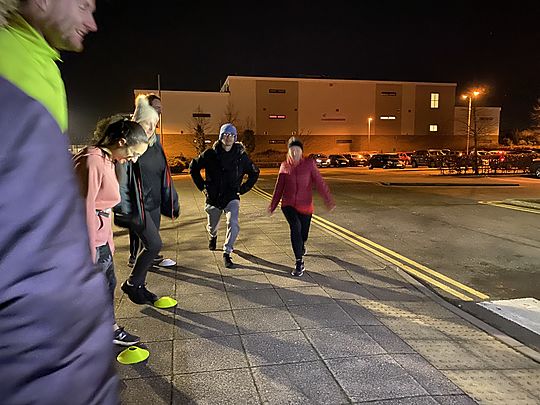 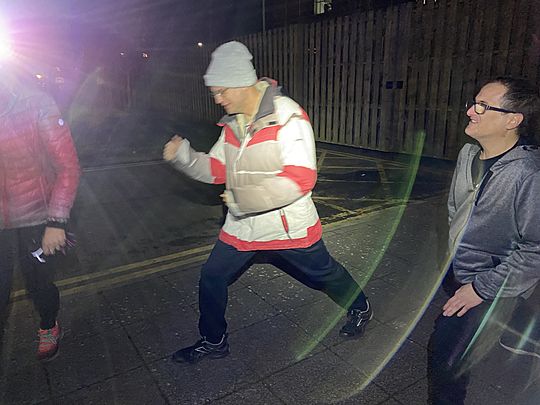 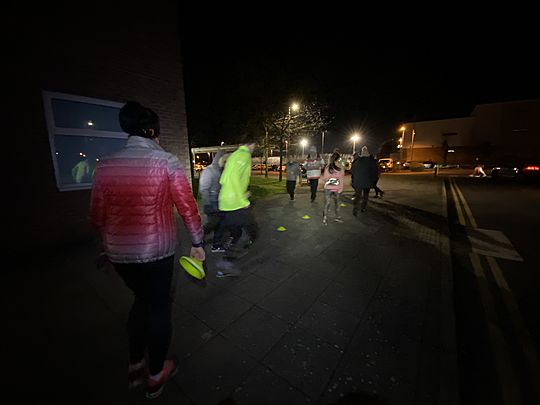 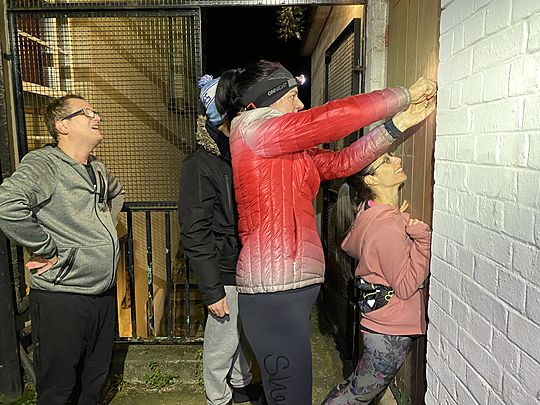 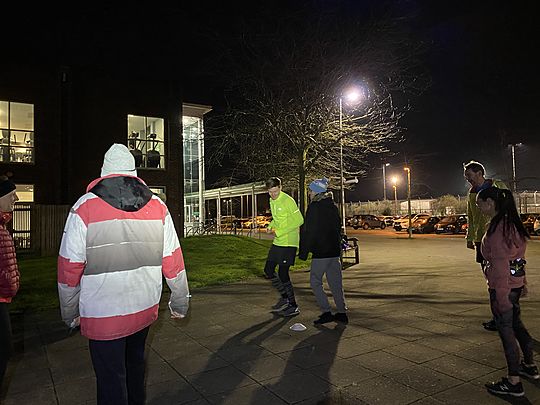 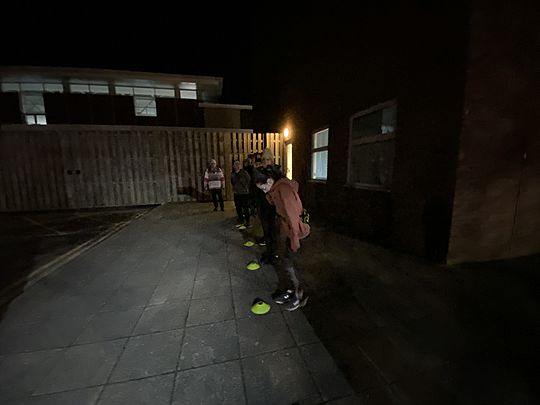 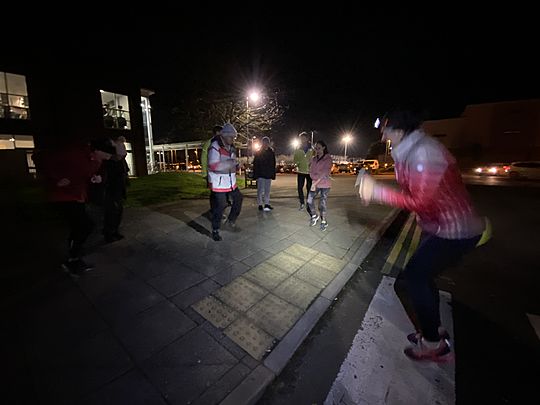 Another cold night this evening as we met at Crook Log. We welcomed our new member, Sally and headed outside for a warm up. we had a quick jog and stretch before playing a-sort-of-a-version of musical cones, but without any music. we started off with a cone each and round after round one cone was taken away. The game soon descended into chaos as all rules were thrown out of the window. In the end it was Sean who won...or was it Lee?!?! Anyway, after everyone had warmed up and we had had a laugh we split into our walking and running groups. The runners took the back way round, which is slightly longer and has the added bonus of the railway bridge, and the walkers took the direct riute down the highstreet.

As we arrived at Welling Library, our first task was to unlock the door to the storeroom. This was a challenge in itself and could have been listed as its own good deed. It took 4 people and multiple attempts while pushing the door to get the final key to turn.

And we were in!

We chose our weapons, handed out gloves and got to work.

We had done such a good job the last time we were there that not much needed doing.

We focused our attention to the back fence which was overgrown with ivy and shrubs as well as the front beds which were covered in weeds and litter.

It was not long before we could see a difference and had 5 bin bags full of cuttings and rubbish.

We then had the short jog back to the leisure centre before saying our goodbyes.

THE LEAFLET RUN AND WALK FOR BEXLEY COMMUNITY HOSPICE 🏃🏼‍♀️🏃‍♂️🏃🏼‍♀️🏃‍♂️