5 runners ran to help their local community in Birmingham. 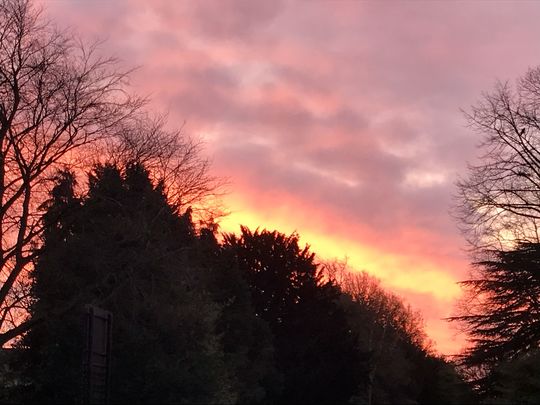 On a clear Saturday morning, under dramatic red skies (which I managed to get a photo of before it drew away into dreariness), five goodgymers helped at three parkruns across and just outside the city of Birmingham. I set up at Perry Hall with Bal, Ben scanned barcodes at Walsall Arboretum, while Liam was the Run Director at Edgbaston Reservoir and Richard joined him to scan barcodes as well, after he had finished running.