Locked Out, But Not Down

14 runners ran 5.3km to help the Tunstall Nursery in Croydon. 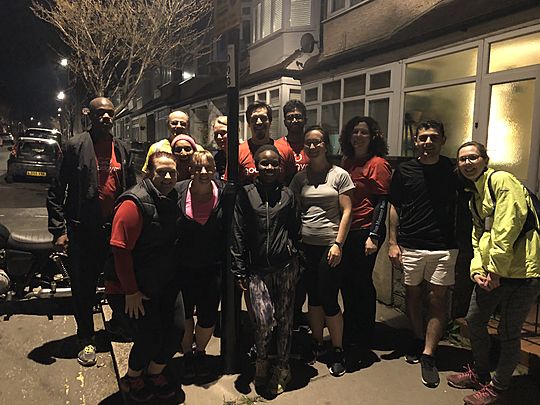 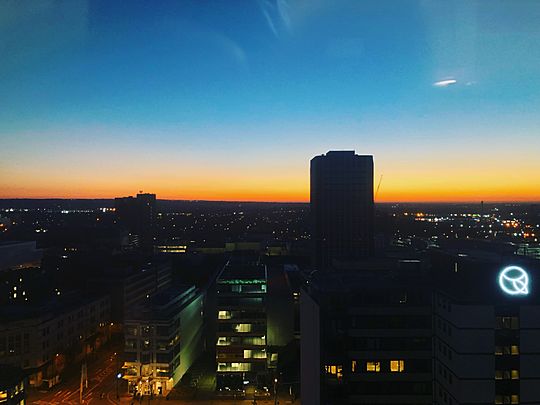 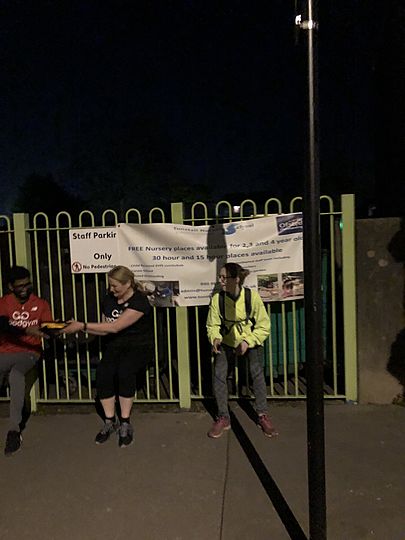 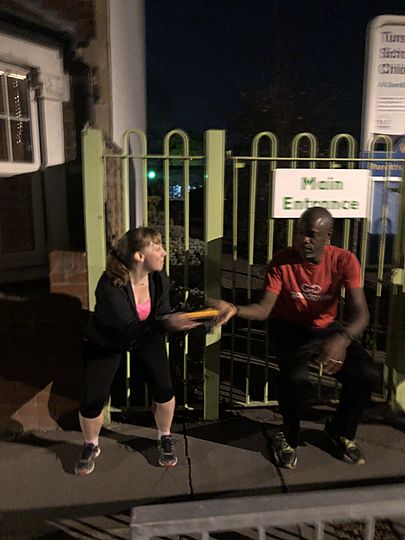 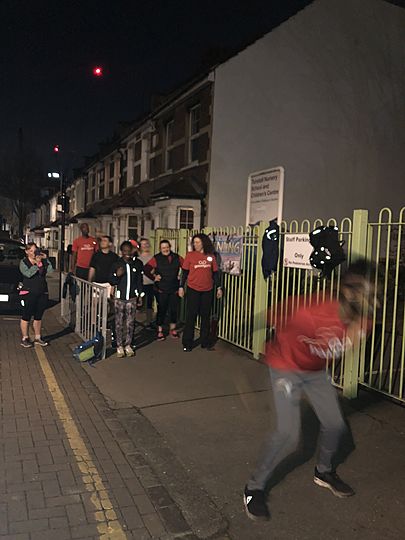 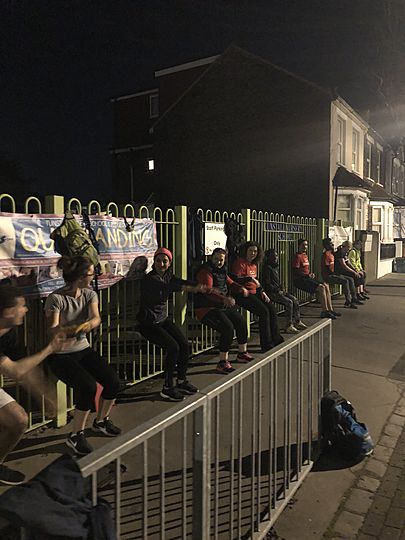 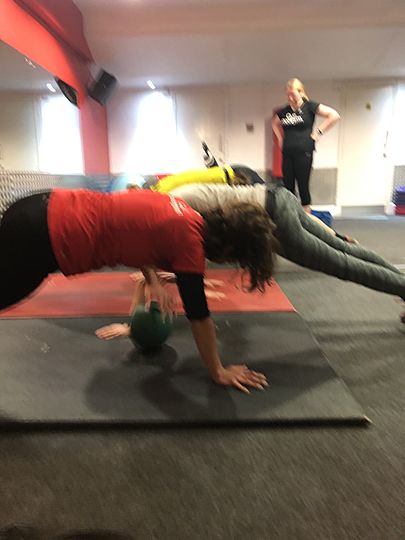 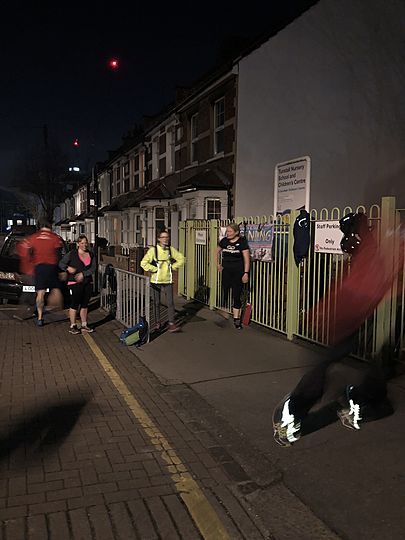 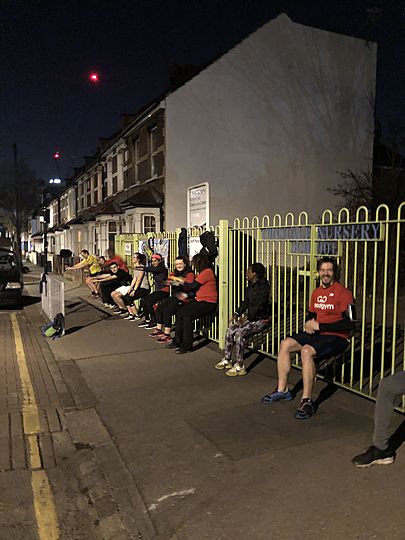 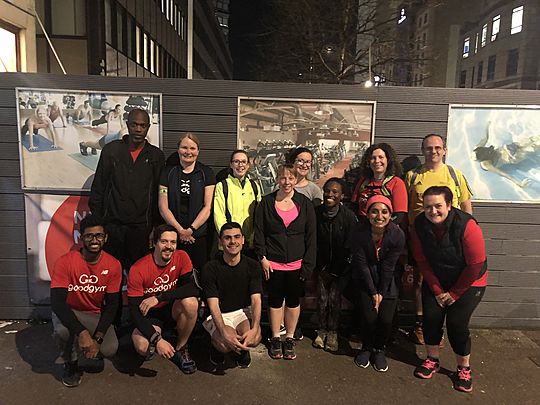 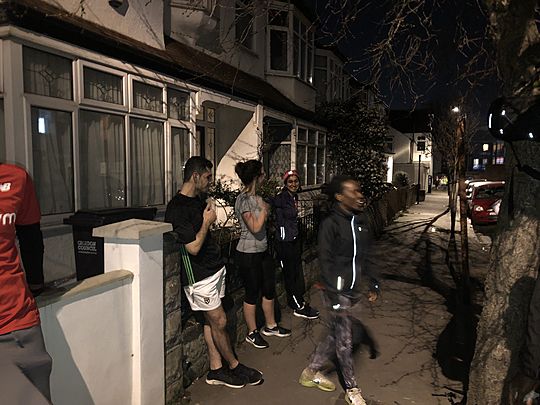 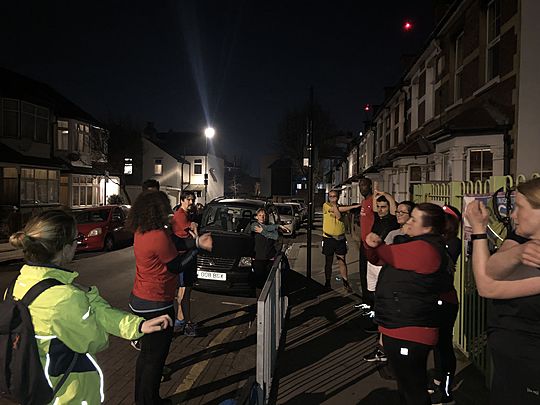 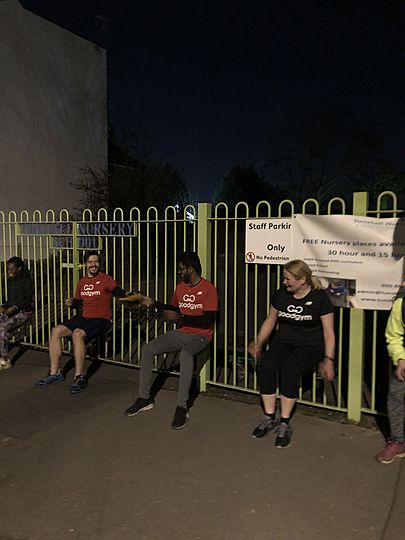 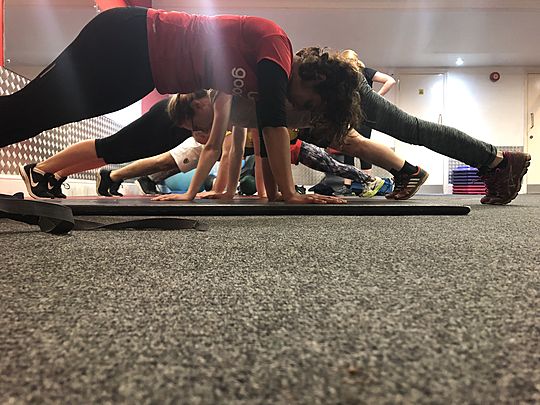 Tonight we welcomed Mohamad to his first GoodGym group run, with thanks to Sarah for inviting him along. We also had Martin from from Tower Hamlets doing a bit of tourism, nice having you both along.

Tonight we were supposed to be helping Tunstall Nursery with a bit of tidying up but when we arrived at the location no one was there to meet us. As much as we were looking forward to assisting the nursery we had an impromptu fitness session which kicked off with a time trial then a few rounds of:

Following a few stretches, we did another round of time trial were all participants shave a couple seconds off their first round attempt. With everyone satisfied with their second round improvement , we headed back to solutions for our planks and sit ups. We have only been doing our plank challenge for a couple of weeks but tonight I saw huge improvement on previous weeks attempts.

Just when they thought it was over I got them all to position themselves next to one another holder a full stretched arm plank while they passed a medicine ball beneath their bodies for 4 rounds without resting.

Well done all I had a great night running with you all, see you on 12th March where I will be showing off my Big Half medal.

Next week's run will be led by Amatare and Ellie sign up here and give them your support.

Still time to sign up to the Big Half water station crew, to cheer on the runners and me!