If anyone can Kam can…

5 GoodGymers made their way to help the St Mary's Farnham Royal in Slough. 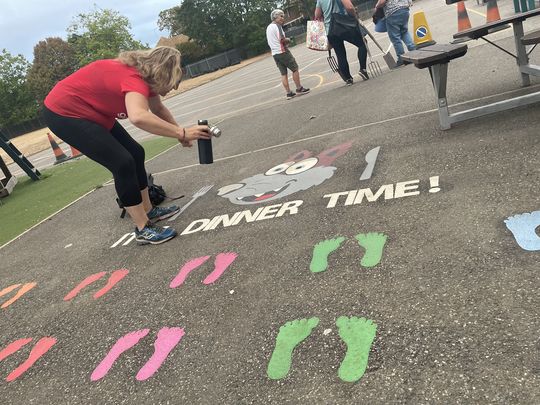 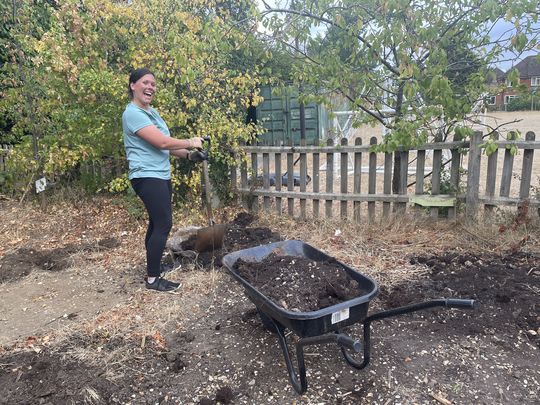 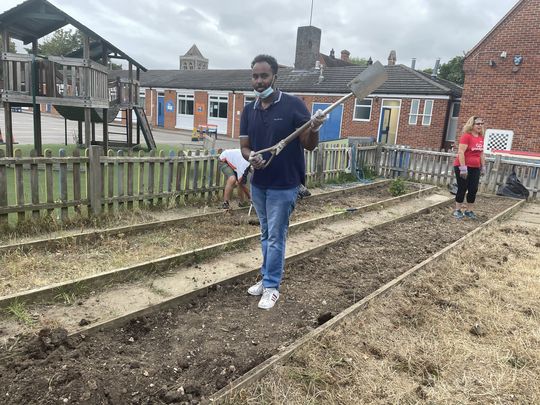 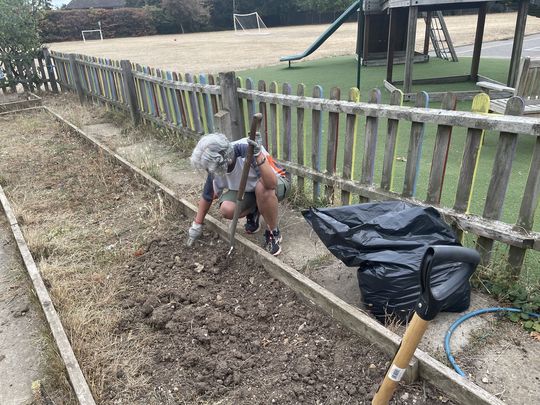 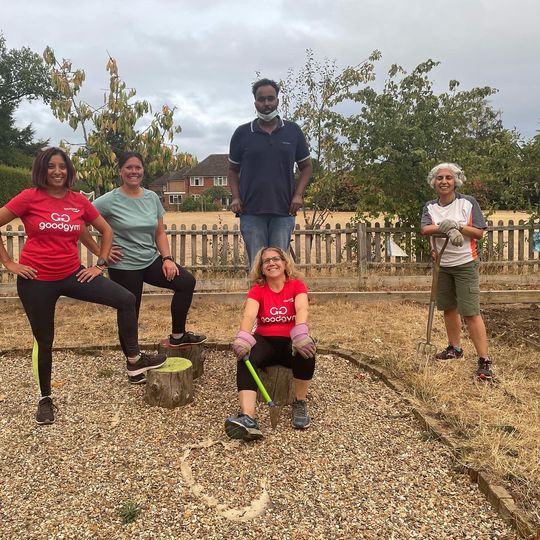 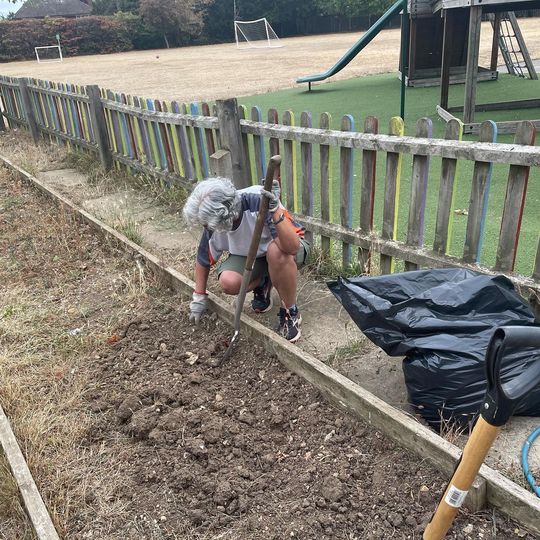 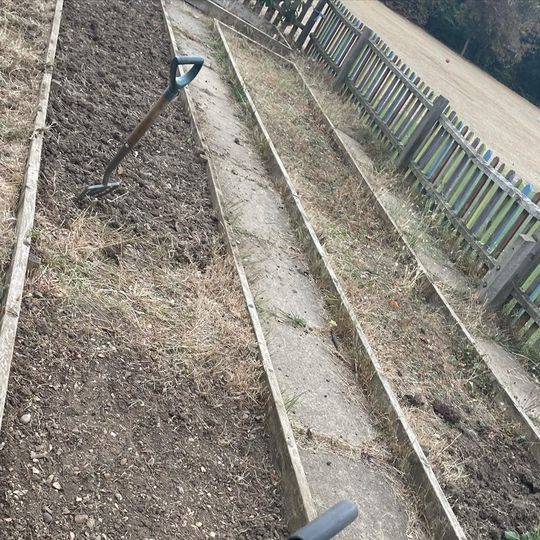 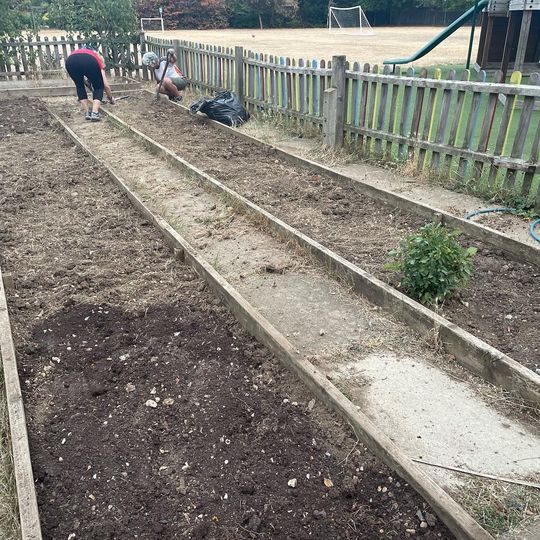 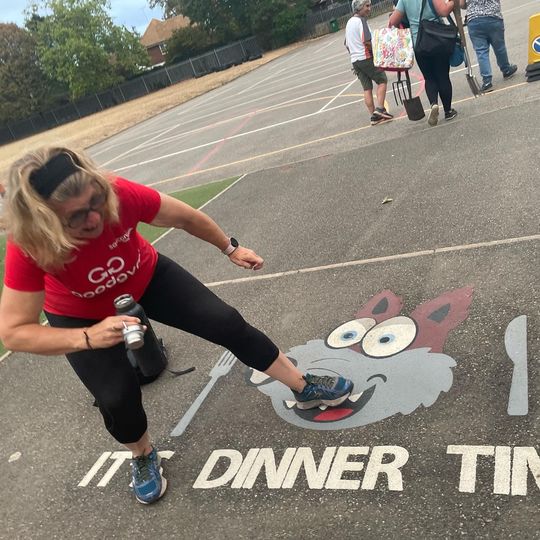 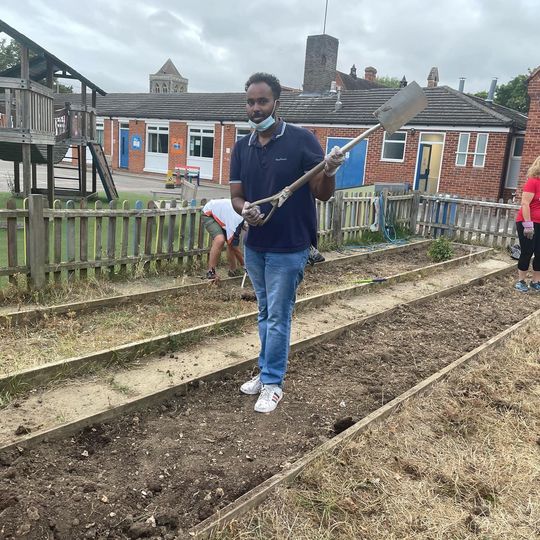 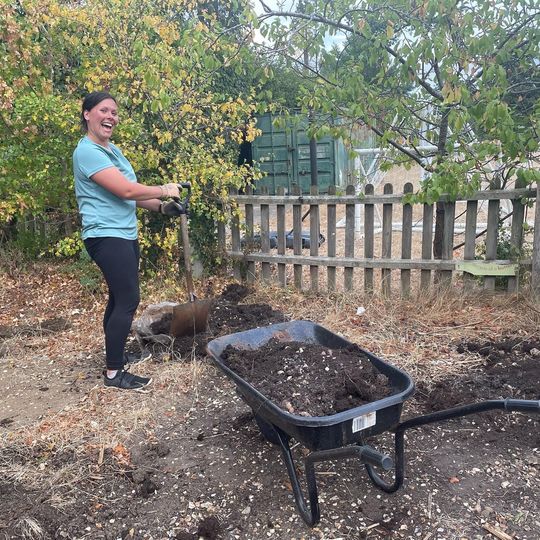 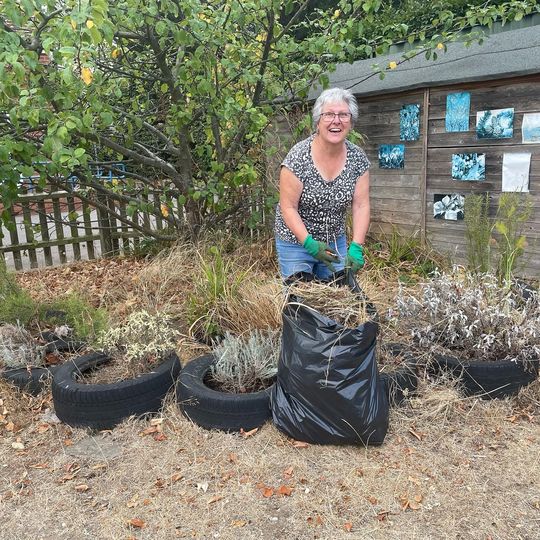 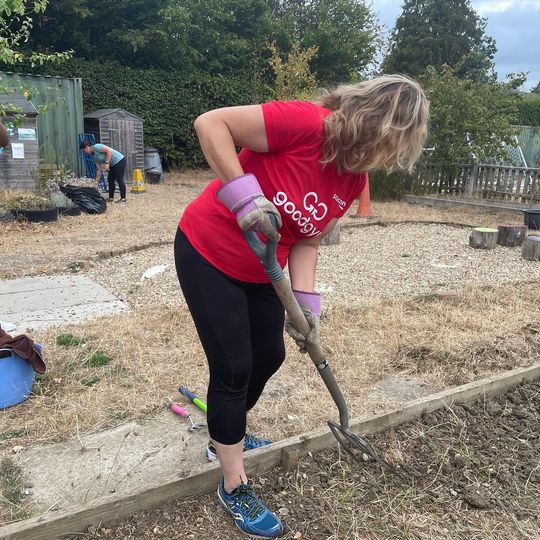 Tonight was our first task at St Mary’s Farnham Royal primary school and what a lovely little school it is. One of our team members Chrissy is a teacher there and asked if we would help to turn over the troughs so they could get started on planting some fruit and vegetables.

With the school being down a country lane we thought it best to make this a community mission over a group run and it was a wise idea!

On arrival, Chrissy introduced us to James, the Deputy Head and mum Luisa who were there to help us. But Chrissy rooted the idea of giving us our treats before the task and I for one wasn’t going to turnover a Courgette brownie!

When the going gets trough, the trough get trougher!

Onto the task in hand, Chrissy and James gave us the brief and the tools to crack on.

Jen took the first trough with Abdul joining in. Plenty of effort went into finishing off this trough. The grounds were extremely dry and therefore tough to dig into it. James came and gave us done elbow grease and with some team effort it was done!

Kam was on a next level getting her trough turned over. She put in serious back work and didn’t stop till the whole trough was turned over!

A job well done in just 50 minutes. We will need to return next week (Tuesday) to do the third trough, plus plenty of space to do our fitness session we had originally planned

Area Activator for Slough....Running is my passion....Marathons to park runs I love them all! Running alone to running in pairs or groups