2 runners ran to help an isolated older person in Southwark. 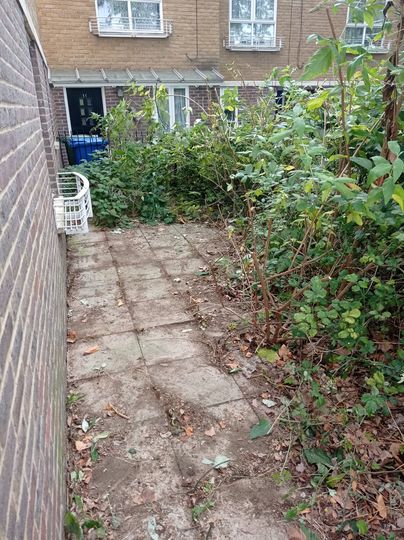 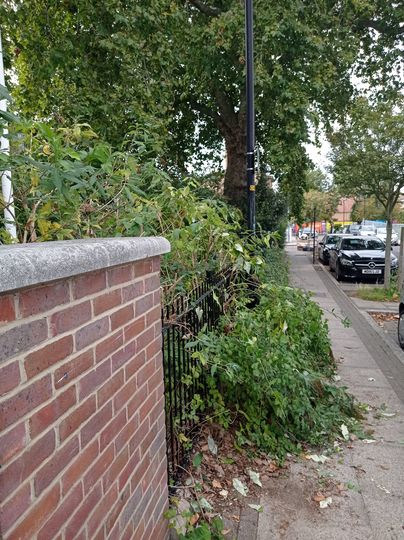 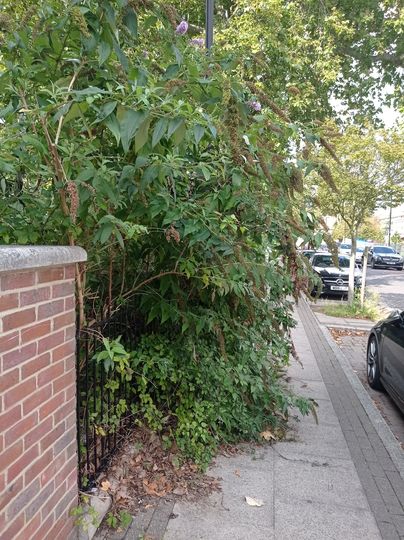 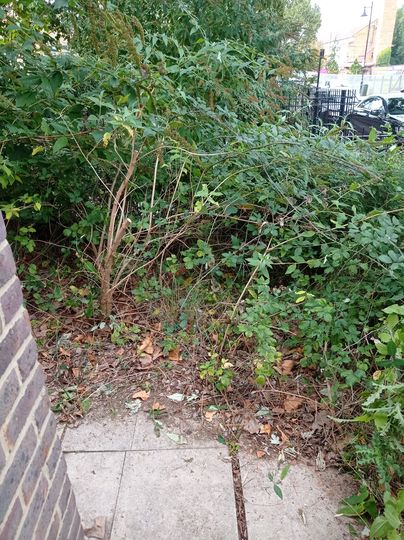 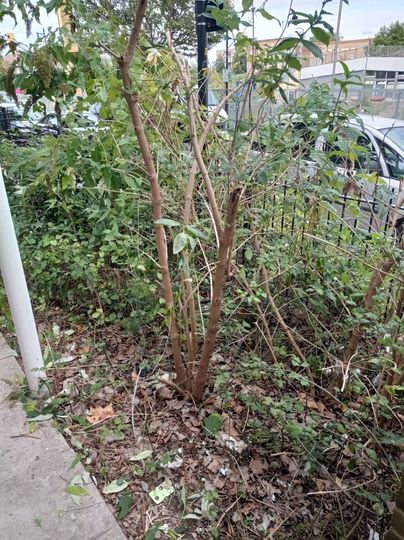 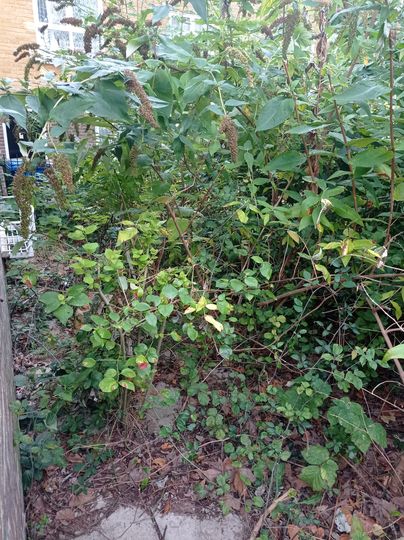 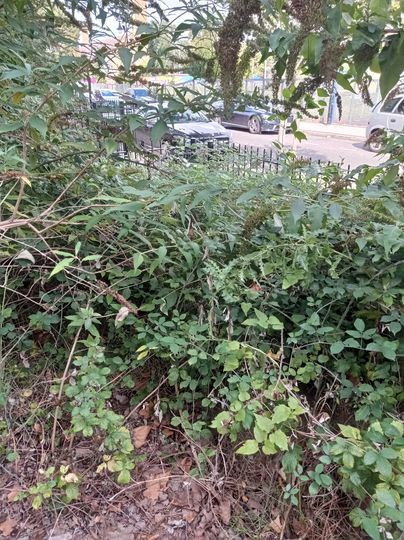 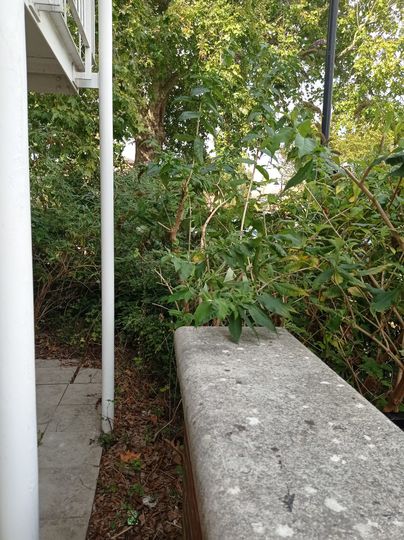 Anna and I have been to Ms. M's place before, in fact, I had been there recently with Pauline. This was the third visit to tackle this garden, yet to be fair, it's pretty big and overgrown.

I arrived fifteen minutes earlier to get a head start on the front part of Ms. M's garden.

When Anna arrived she was in the destructive mode and chose not only the shears as a weapon of choice, but the saw! Her mission was to free as much of the branches in front of Ms. M's side window to let in more light, which is crucial as the days get darker.

As we went along, we realised there was a patio to clear up, so that became Anna's new mission to provide a walkway for Ms. M to enjoy her garden.

Not noticing the time, the hour and a half whizzed by as the mindless actions of cutting branches and bagging them up in bags kept our minds occupied.

We reckon another two sessions will be needed to fully clear Ms. M's garden.