11 runners ran 2.4km to help the Living Well in Bromley. 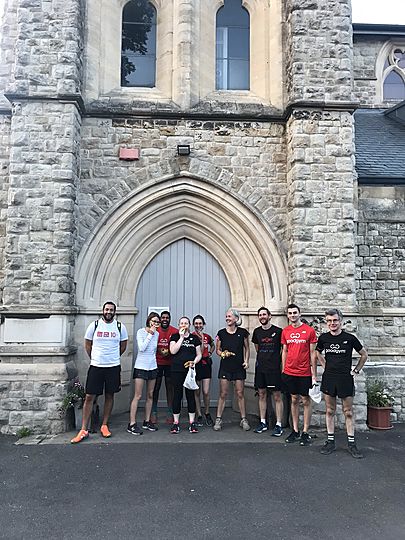 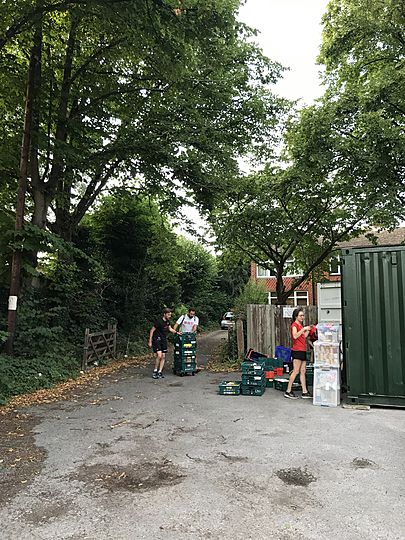 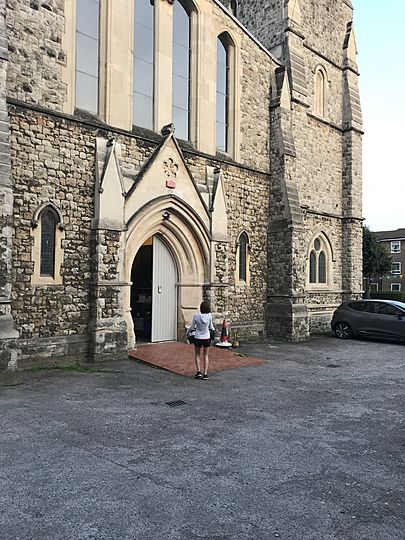 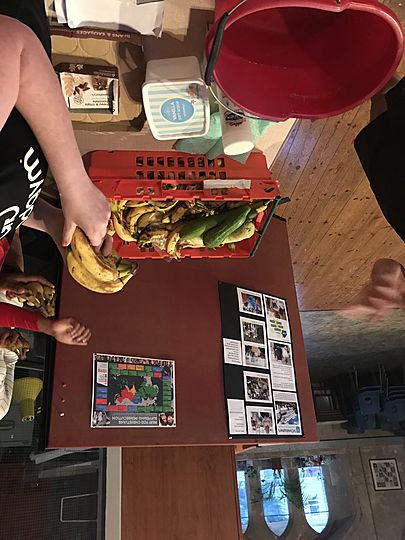 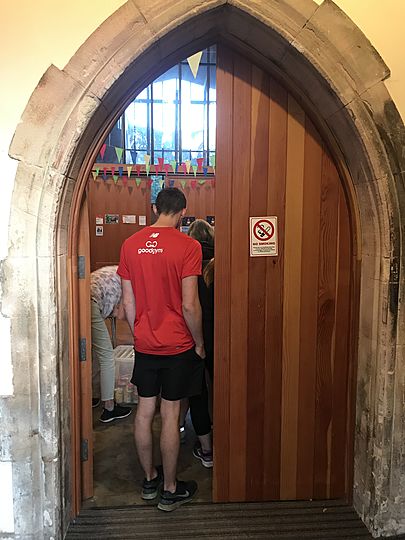 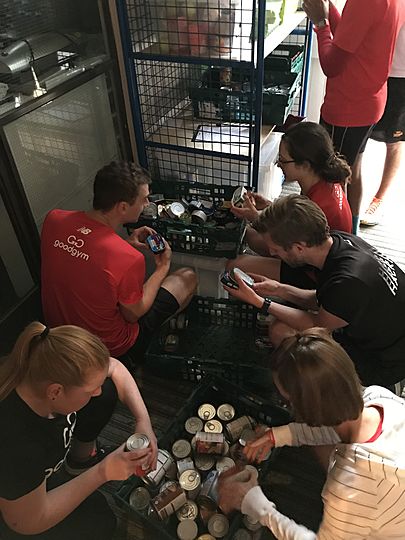 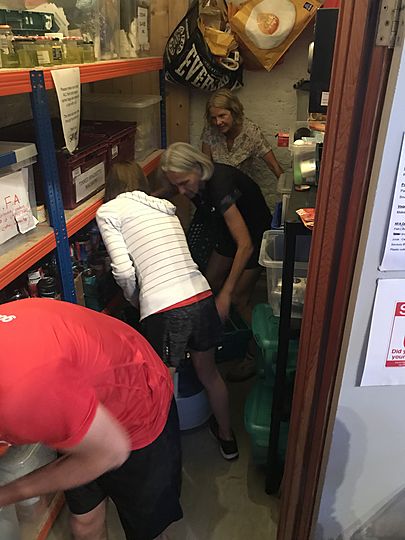 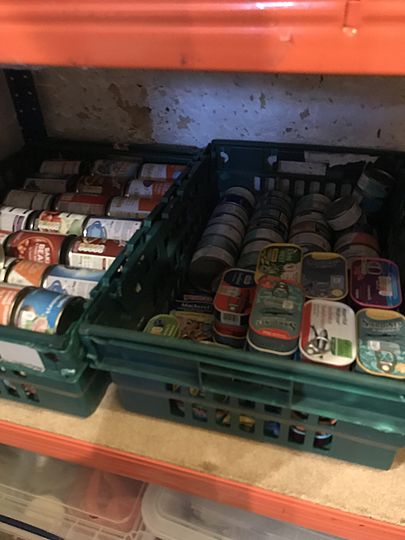 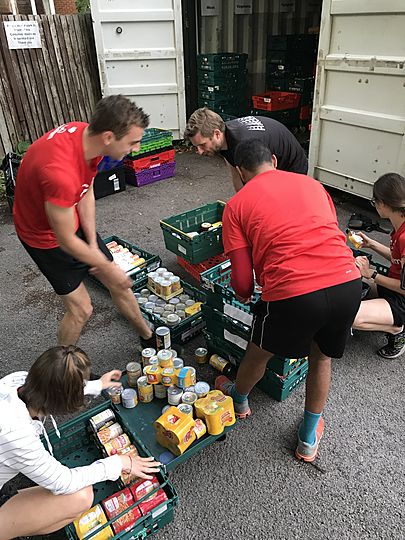 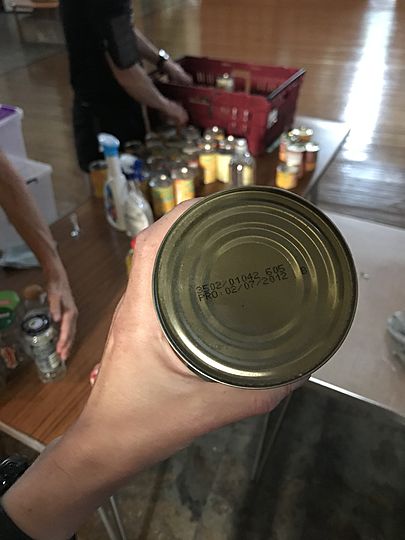 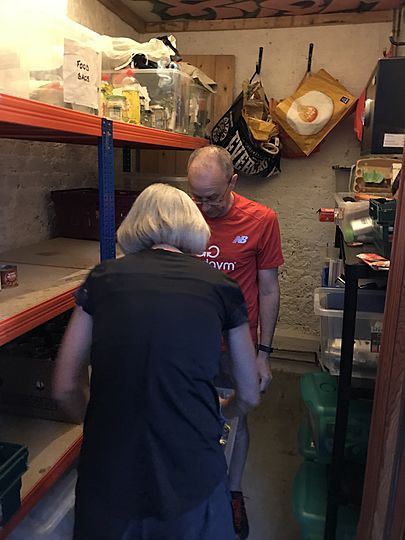 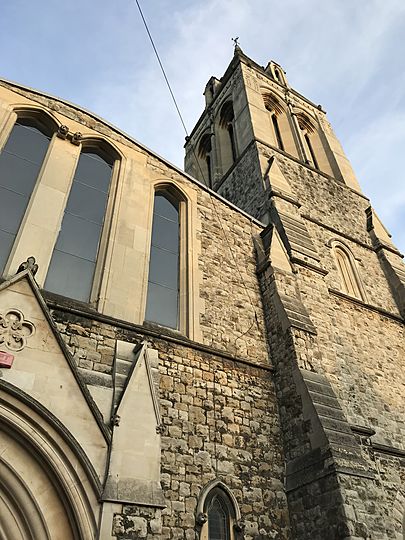 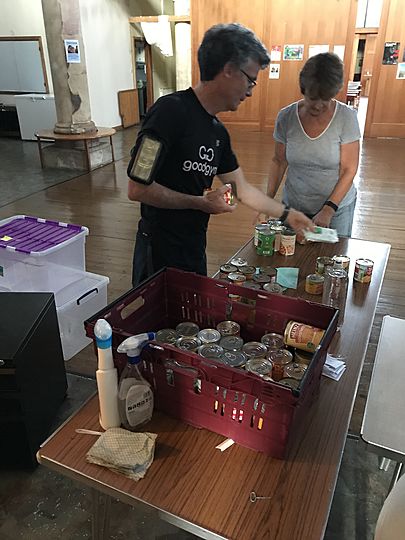 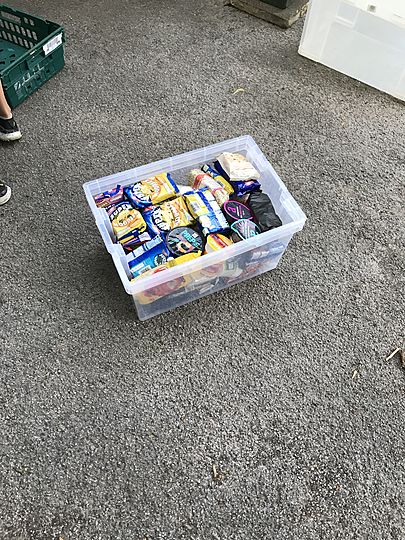 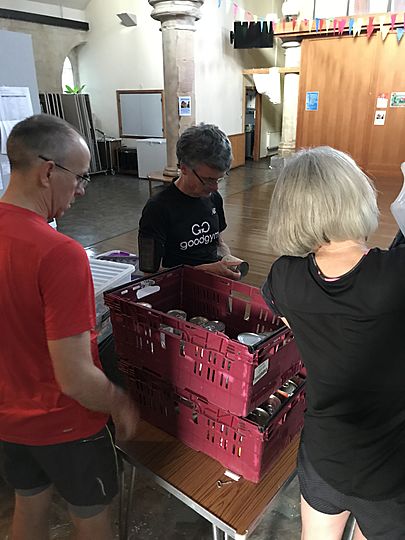 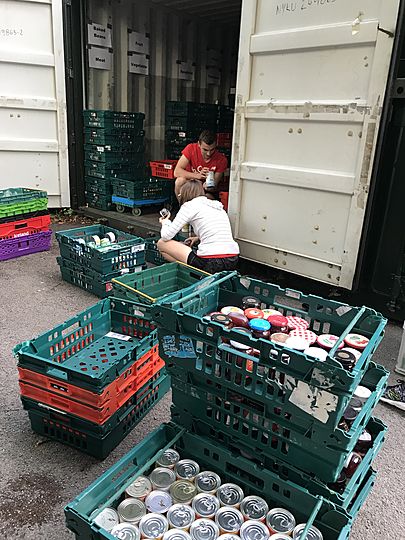 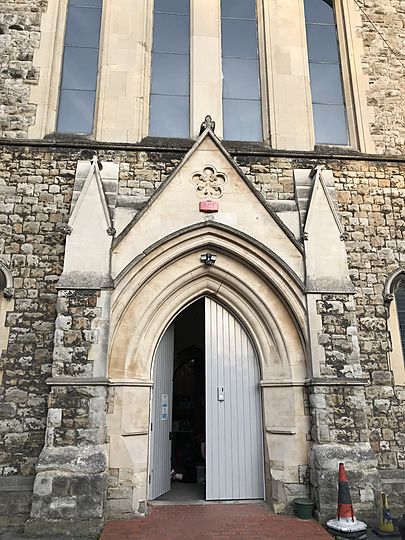 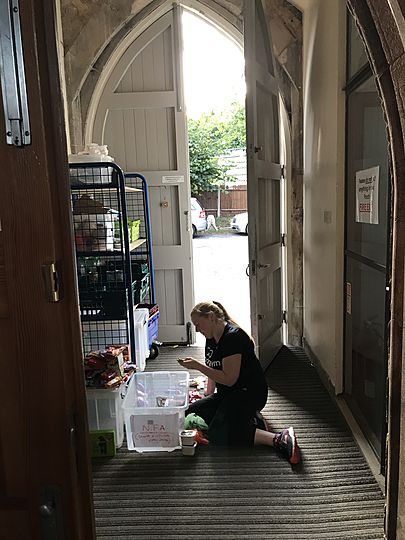 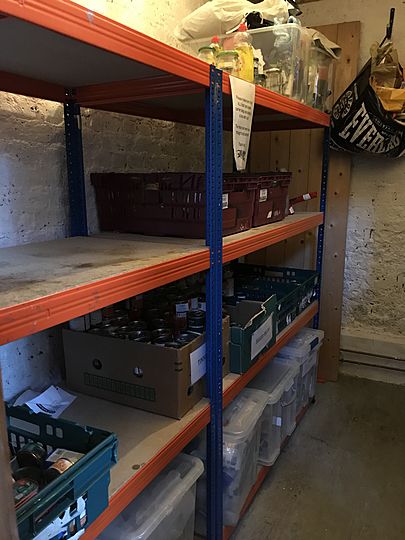 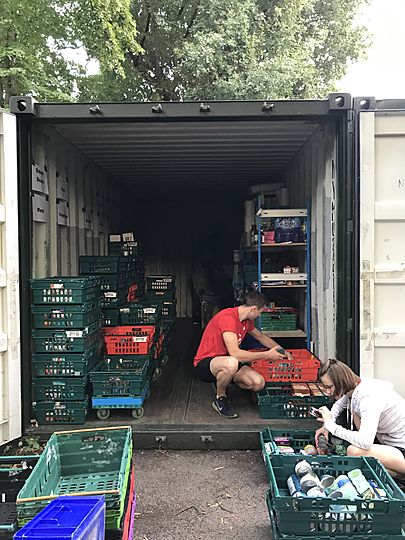 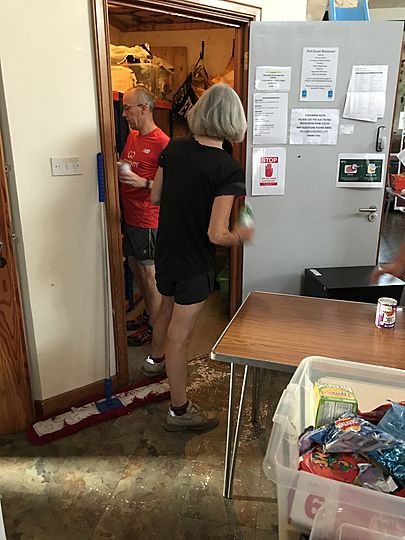 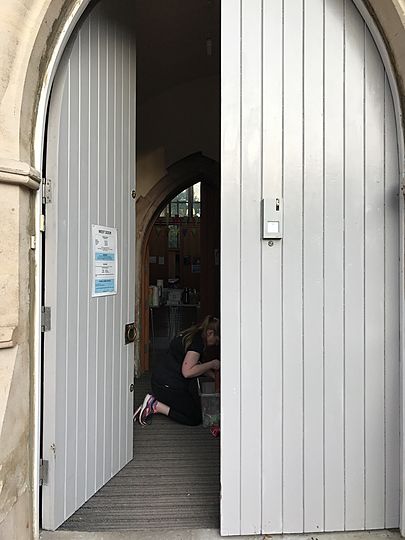 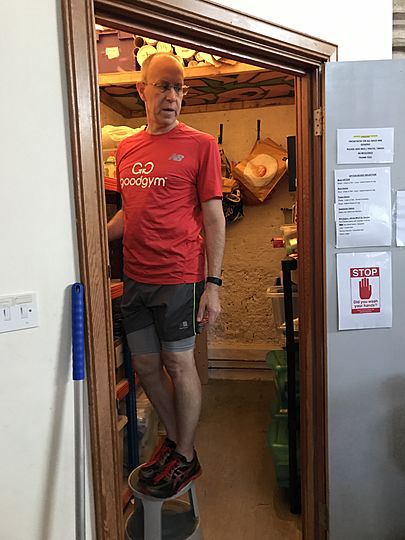 I’d heard this task was a favourite and I was expecting lots of red T-shirt’s to gather at the start point and Bromley, you did not disappoint!

We finally made it out of the start point (I kind of felt bad breaking up all the conversations but we had good to do), we started with a quick warm up as the task wasn’t too far away and then got on our way. We kept together as one group but thanks Ian for being backmarker!

Once we arrived at Living Well, we promptly split into 2 groups.

One group was moving the food from a volunteers nearby garage to the new container whilst date checking everything that was going in and bringing the soon to expire items to the top to ensure these are used first.

The other group began clearing and cleaning the storage cupboard shelf by shelf and again, ensuring everything was date checked before going back in.

With the other group rejoining us, we had plenty of time and plenty of people, which meant we could date check and organise ALL the boxes and pack up the near or just past best before items into separate boxes which won’t go to waste but will be offered to people to take as they wish.

I thought we had plenty of time at this point but packing all the boxes back into the space took slightly longer than expected with having so many people in a small space.

The lovely volunteers at Living Well had set aside lots of bananas for us to take away with us, there was plenty of chat then about what was going to be made with these bananas (if not being eaten already) - banana bread was a favourite!

We began our short journey back to the start point and I had planned to have the time trial as I thought we’d have plenty of time, we only had 7 minutes so that’ll have to be saved for another week! Instead, we headed into the park to stretch and discuss next week’s task and Tim’s 100th parkrun on 31st August (Bromley Parkrun).

The container *and* the cupboard, a big job! Well done everyone!

A few of us had a quick convo about drinks in the pub next week - basically it's on so come, innit! Xx

You'll be glad to know made some banana loaf when I got home last night and it got devoured in work today by my office!

I also made a GIANT banana bread when I got back! Keen for a drink after the run!