17 runners ran 7.5km to help their local community in Greenwich. 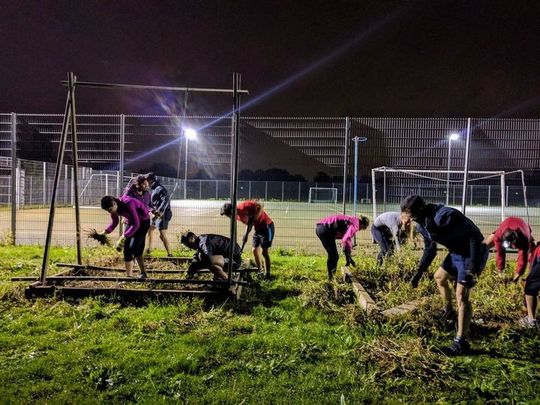 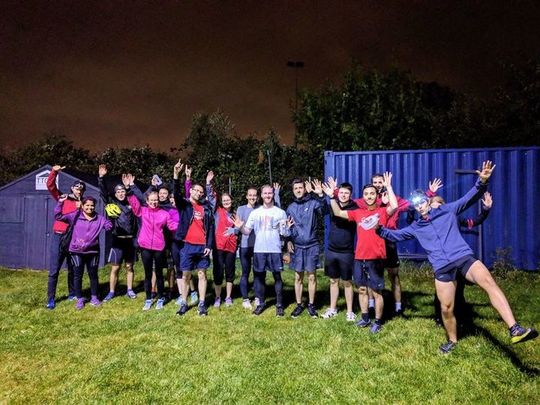 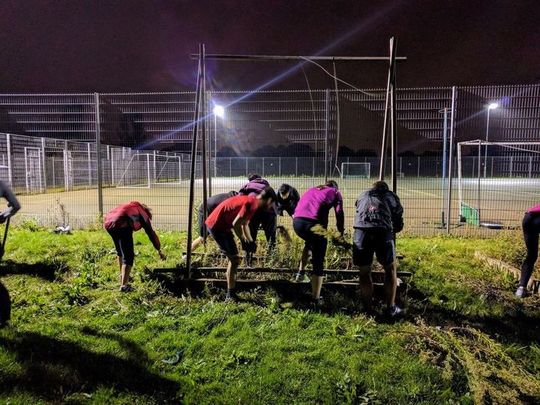 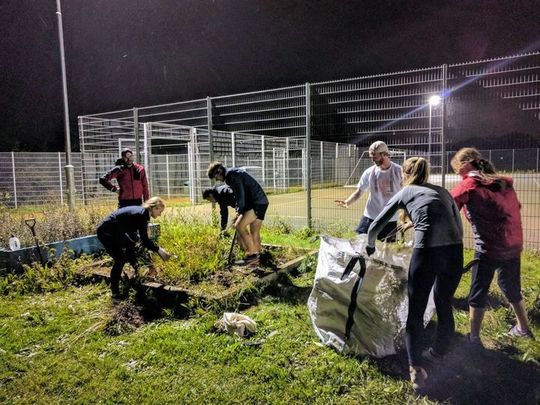 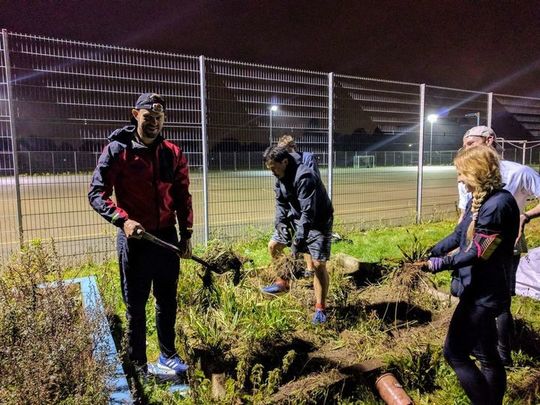 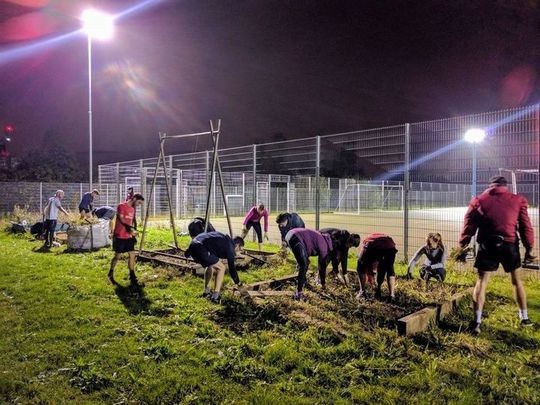 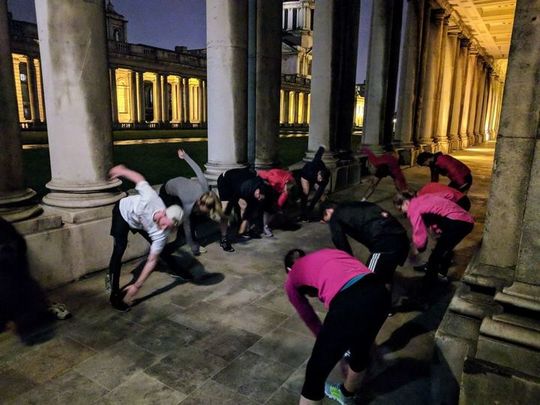 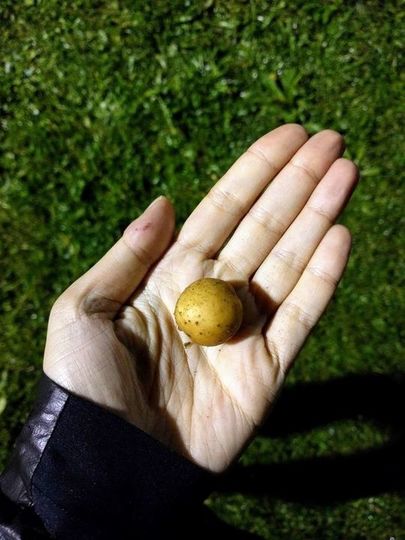 17 runners ran over 7km to clear the weeds in the flower beds at Thomas Tallis school in Kidbrooke!

We were joined by two new runners last night.. bro and sis Beth and Sam who interestingly found out about GoodGym through Red Bull... who are usually known for their extreme sports... I warned them that GoodGym isn't particularly extreme but little did we know that we were about to partake in some pretty furious and intense gardening!

The run was a little bit longer than usual so we did a quick warm up and set off pretty soon after. We split into two groups, Ben P led the front pack and 3.7km and 20-ish minutes later they arrived at the school, with my group not too far behind.

We love having new tasks however the downside is that sometimes the organiser can't be there to meet us so we have to go by a series of instructions... which is fine... except last night, all the gates were locked and we couldn't get to the garden!!! NOOOOOO! We asked in the leisure centre but unfortunately they had no idea what was going on and instructed us to go round the other side to the main entrance of the school. Sadly no luck but eventually I managed to get hold of two very friendly and helpful security guys who let us in!

It was pretty cold so a few jogs up and down the field were in order.. just while the security guy went to turn the lights on for us. He opened the doors, we went over the bridge and to the shed where all the tools were. It was padlocked but we had the combination and it worked... thank god!

Everyone grabbed a tool and got to work straight away! There were 4 flower beds that needed everything ripping out which would have been fine... except we only had 10 minutes and that was me being generous. Everyone worked as quickly as they could, flower bed 1 was looking good, flower bed 2 was not far behind, and flower bed 3... well... that was a different story... but to be fair, they had only 3 people working on that one, all with their hands rather than any tools, so we'll let them off!

5 minutes in and the big bag o' weeds was getting pretty full. Lee found a few potatoes which actually got me thinking maybe the plants they were digging up were potato plants and not actually weeds and we had just ruined a whole load of crops... but we were in too deep by this point so cracked on for the last few minutes...!

10 minutes passed and we had to start packing everything away. What an amazing effort in such a short space of time! Bet nobody has ever weeded that fast before!

So as it was World Mental Health Day on Tuesday, GoodGym has partnered up with Thrive LDN this week to get people thinking and talking about their mental health and wellbeing. And as we know, exercise, helping your community, meeting new people and getting fresh air are some really good ways to improve your wellbeing, which is why GoodGym so awesome! We were fortunate enough to have Kate from Thrive join us to give a little talk about the campaign and she had some leaflets for us too - thanks for joining us Kate, hope the rest of the campaign goes well.

We had a group photo and then headed back to uni. Sadly no time for a fitness session this week but next week we WILL do the time trial!!! It started absolutely hammering it down just as we were turning into the Old Naval College, so we got a bit soaked but it was home time so it didn't matter :) We did a few stretches and called it a night!

Thanks so much for all your help! Great running and really fantastic effort with the weeding, you got so much done in such little time so you should be really proud! See you next week for more weeding but a shorter run :)